“We fell in love with this show from that first pitch,” FOX Entertainment president Michael Thorn said about Welcome to Flatch, a new docucomedy that premieres tonight at 9:30/8:30c, but fans can also stream the first 7 episodes right now. “It's incredibly hard to launch any television show in this marketplace and we want to do everything that we can to set the show up for success. So what we wanted to do was both take advantage of our own air and give it the impactful launch that we try to do with all of our shows, but also try something different. As out of the box as this television show is, try something very unique with our SVOD partners, including Hulu and FOX Now, to try and launch the show so people could watch it at their own time and fall in love with these characters like we have.” 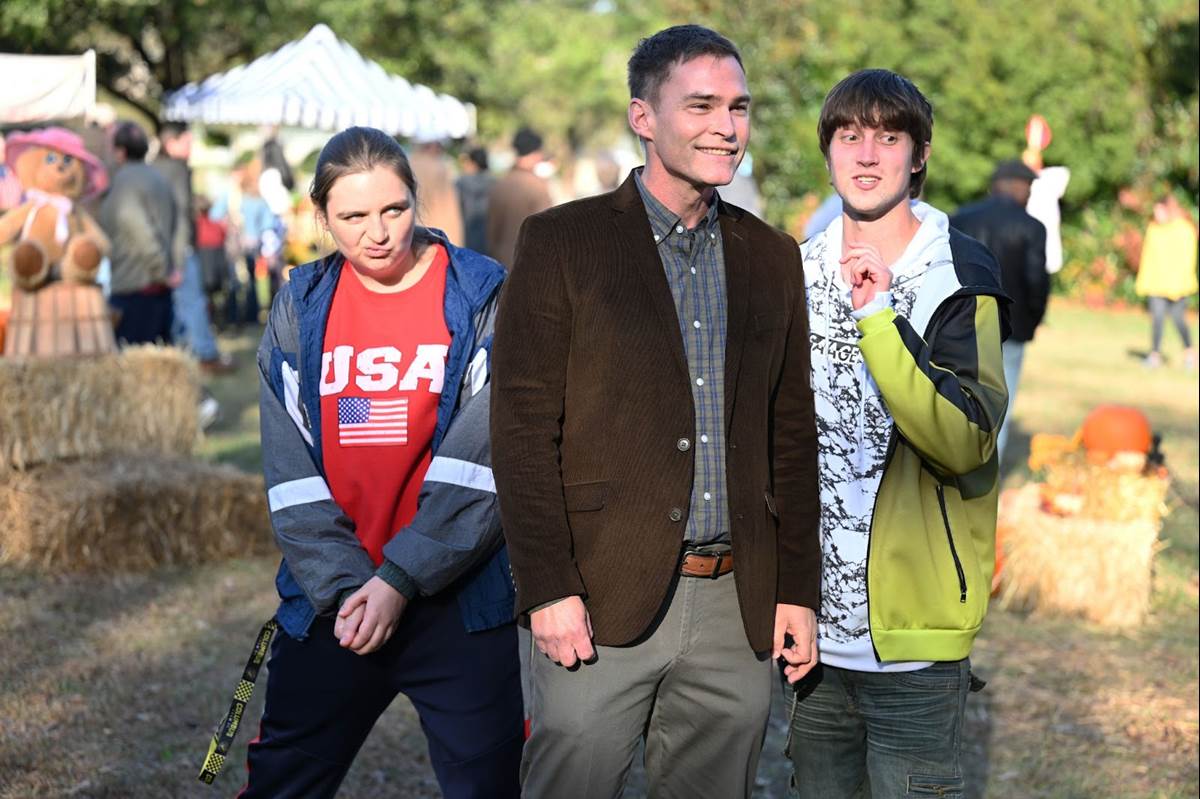 Welcome to Flatch is about life in small-town America, set in the fictional Flatch, not too far from Minneapolis. The series focuses on cousins and best friends Kelly and Shrub, who become the subjects of a documentary film crew, through which viewers are exposed to many other quirky characters. During a TCA press conference, the cast and creative team got together to talk more about what makes the show so addictive that FOX wanted to launch the series on both streaming and broadcast platforms.

Like The Office before it, Welcome to Flatch is adapted from an award-winning BBC series called This Country, with series director and executive producer Paul Feig having worked on both shows. “The first six episodes that they did with Steve Carell, they really leaned into the Ricky Gervais style of the British Office, which Ricky's character was kind of mean,” he explained about a lesson learned that came with him to this series. With viewers falling in love with Steve Carell in The 40 Year Old Virgin and the show softening up Michael Scott to appeal to that audience. “This Country, you know, they're very challenging characters. And we didn't want to take that away from there at all, but also realize we still wanted to have them be lovable and fun, like the British one, but even maybe give them a little more humanity throughout. Like with Kelly's relationship with her father, which is from the U.K. version, we just took it further… For an American audience especially, you want to create a group of characters that they just love. They can be challenged by and frustrated by, but at the end of the day, they understand them and they love them. That's why this cast is so great to deal with.”

“These actors that we have are all so unique and so specific,” showrunner and executive producer Jenny Bicks shared. “When we set out to do the show, we really both said to each other, ‘If we can't find the right people to play these parts, we can't do this show.’ Because there aren't 50 people who can play these parts. There's one or two. And we had a very unique way of finding them, because we had people contacting us who had seen people on YouTube. Or Greg Lubin, who is our associate producer, showed us Holmes on Twitter. And we watched her and thought ‘Oh, my God, she's kind of it.’ But that was true of all of these guys. They had done a lot of improv, a lot of them, but many of [them] haven't been in front of the camera before. And, so, it was a really fun process for Paul and I, because it wasn't the typical sitting in a room and seeing hundreds of people. We had to find the very right people, and the right people showed up.”

“I come from an improv background,” revealed Holmes, who plays Kelly in the series and was new to acting on camera. “I was doing improv in Chicago for four years before I got this role. And having the camera feels like you have an audience there, so I feel like I was definitely inspired from just the stage and improv. And, also, I'm not going to lie, The Office has always been this huge inspiration for me. So working with Paul and Jenny and everyone to do a docucomedy was really just a dream of mine.”

Playing Kelly’s cousin Lloyd, aka Shrub, is Sam Straley, who has nearly a decade of on-camera experience, including Hulu’s The Dropout. “For the first time, I felt like I got a lot of agency as an actor to play,” Sam said of his experience on Welcome to Flatch. “Having the documentary format kind of adds another character to the story, which is the viewer, which is the documentary crew. And I think that just adds like a third layer to your performance of being watched, performing for the camera and stuff like that. And I watched all of the British series, and I think it's a perfect, perfect series. And I watched a series also on the BBC called Stath Lets Flats which is one of the funniest comedies I've seen in years. And I think FOX is actually doing a remake of that as well. But that was a huge inspiration for me in opening up and showing just layers of the characters.”

The biggest name you’ll see on the cast list is Seann William Scott, instantly recognizable as Stiffler from the American Pie franchise, who plays a decidedly different character here. “My mom was very, very excited about this, more than anything, because she's heavily involved with church,” Seann laughed. “So when I said, ‘I'm playing Father Joe,’ she's like ‘Amen. Finally. Thank you, Jesus.’" Father Joe’s backstory includes a stint as a member of a Christian boyband, which resurfaces during his life in Flatch. “It was a very different character than I've played, because he's such a sweet, good guy who's trying to do the best he can. He’s a guy that might be a little in over his head in taking on a leadership role. Maybe not the best guy to have this sort of responsibility. But he really tries. And I think it’s a lot of fun to play. And comedically, too, a guy who is just trying to keep it together.”

Speaking of keeping it together, like most recent projects in Hollywood, Welcome to Flatch would’ve premiered a lot earlier had it not been for the global pandemic. “We had one day of shooting of the pilot before we shut down,” Michael Thorn revealed. “Paul and Jenny had the foresight to take those first days of dailies and then just mobilize the entire cast, even the cast that wasn't scheduled to shoot that day, to take advantage of the docustyle format and pick up little pieces to try to turn whatever they had shot that day. And then ultimately they threw in even fittings and everything that they had on camera to turn into what ended up becoming a very special comedy presentation that was another reason we were so excited to pick up the show… The way that Jenny and Paul have capitalized on this style of shooting is incredibly special. But one day of shooting with this cast and this team they were able to turn into what ultimately became the series order that we fell in love with.”

Find out why FOX Entertainment president Michael Thorn loves Welcome to Flatch so much with the broadcast premiere tonight at 9:30/8:30c. The first 7 episodes are also now streaming on Hulu, FOX Now, and on-demand.