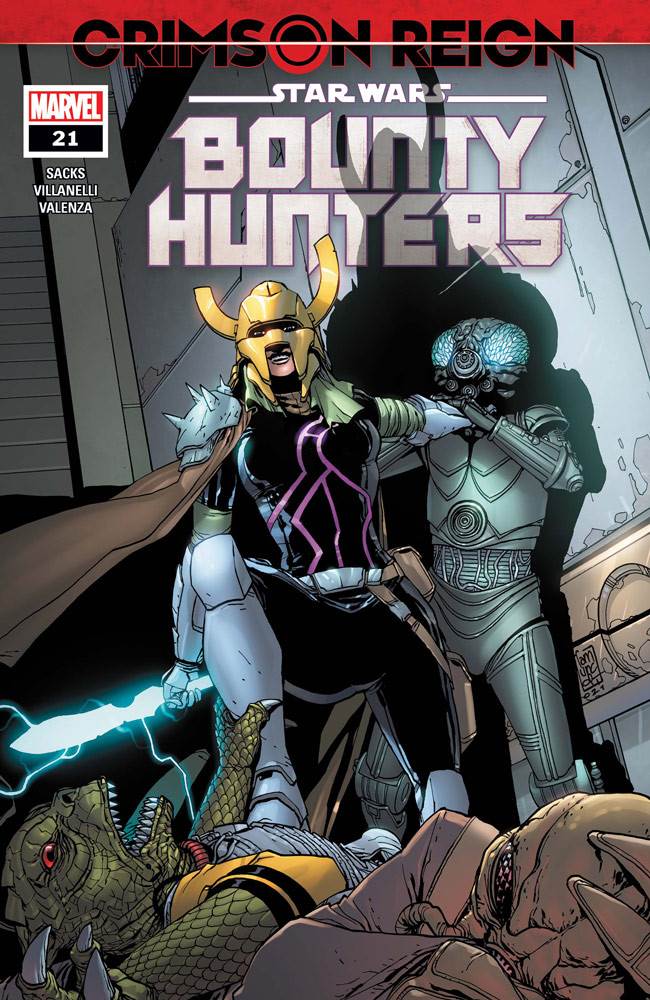 This week’s issue of Star Wars: Bounty Hunters from Marvel Comics sends our crew to Han Solo’s home planet of Corellia for a confrontation with General Vukorah, the current leader of the Unbroken Clan.

Bounty Hunters #21 opens with a flashback to the moments after T’onga was shot and left for dead by Boba Fett way back in issue #5. This memory of T’onga’s escape turns out to be a dream, and we see her get a holo-call from her old friend Syphacc, who is is revealed to be trying to track her down under duress as he is held at gunpoint by Dengar. 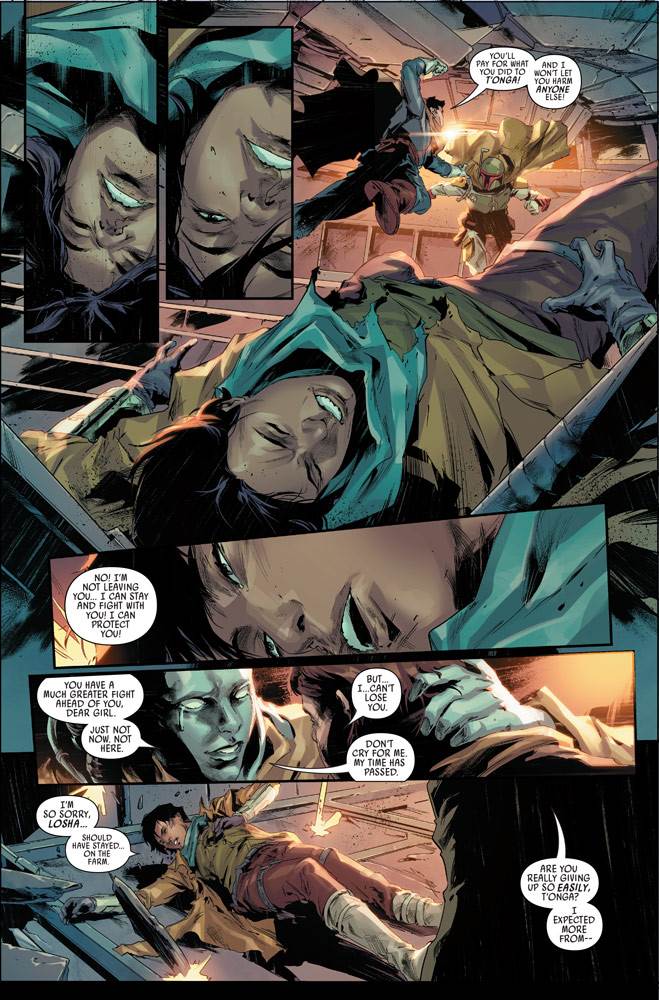 From there, T’onga and her crew travel to Corellia in an effort to form an alliance with the White Worms and their Grindalid boss Lady Proxima (first seen in Solo: A Star Wars Story) in order to go up against the Unbroken Clan, who have claimed Coronet City for their own. The remainder of this issue is made up of a big, climactic battle sequence between these factions, as T’onga plays “fake hostage” while Losha, Zuckuss, 4-LOM, Bossk, and Tasu Leech attempt to take down as many Unbroken Clan members as possible. For an overwhelmingly action-heavy issue, I found Star Wars: Bounty Hunters #21 to be fairly entertaining. Ethan Sacks is doing a good job of scripting the story dialogue, though I am still not in love with Paolo Villanelli’s artwork. I was glad to see Corellia and the White Worms again, and I do like that this comic has shifted focus to T’onga and Losha from its previous protagonist Beilert Valance– who is once again serving time under the Empire in the pages of Marvel’s Star Wars: Darth Vader title. And I’ve said it before in these reviews, but I’ll say it again: I really hope this is all building up to the eventual wrap-up of the Cadeliah / Unbroken Clan / Mourner’s Wail storyline. It’s been running for over two years now and I think it’s about time Sacks brings it home. 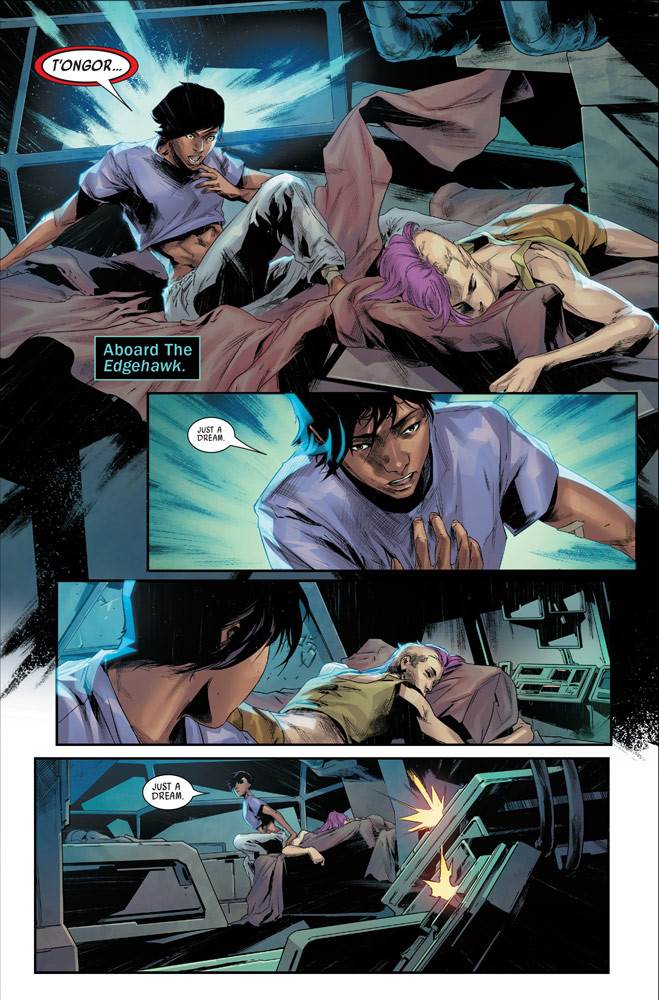