With comic artists and story creators gathering together last week in Anaheim, WonderCon seems like the perfect place for Hulu to have launched the second season of its comedy series Woke. Premiering this Friday, April 8th, WonderCon attendees were among the first to see the premiere episode of the second season, followed by a Q&A with the stars and creators. When it was time to call them to the stage, it was revealed that cartoonist Keith Knight, the inspiration behind the main character Keef Knight, actually sat in the audience to experience reactions to the series, something he never got to do due to the pandemic. 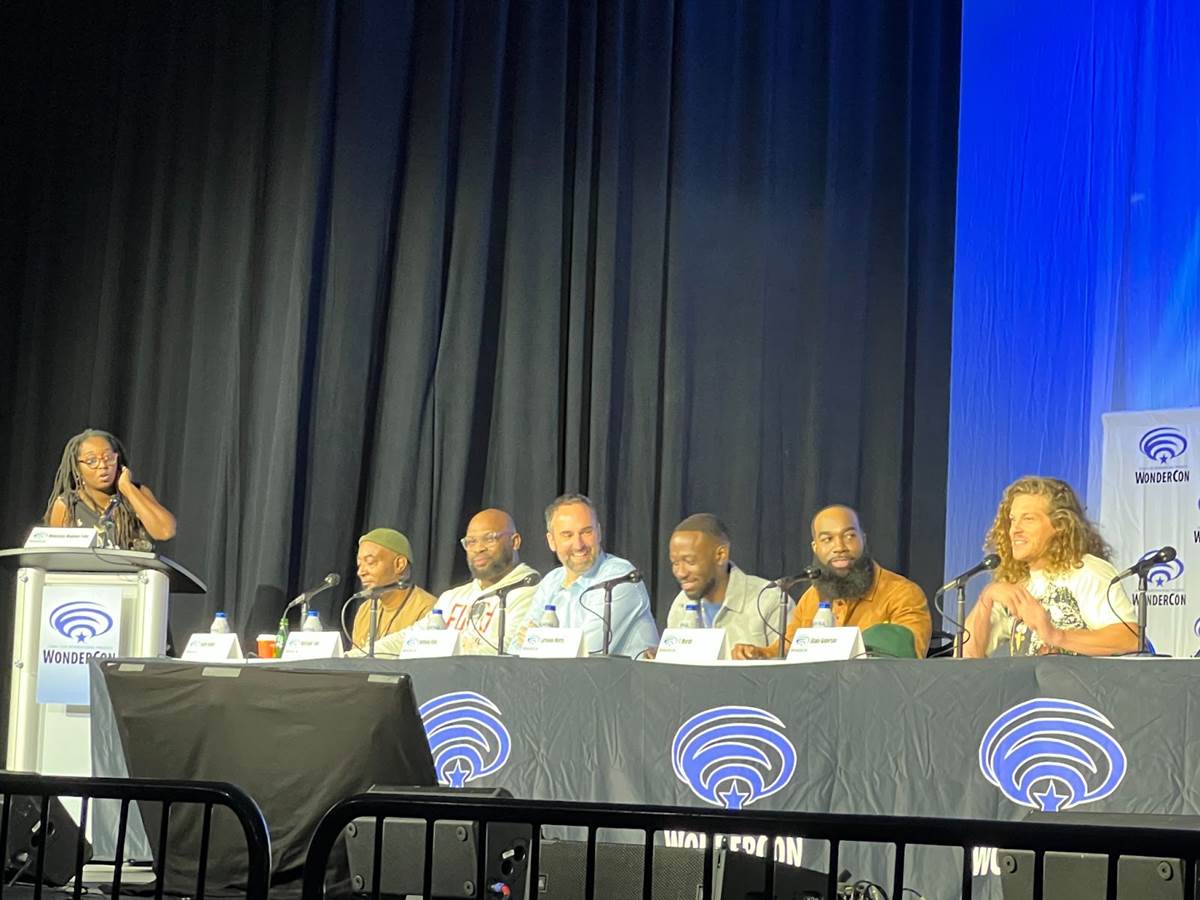 Moderated by Mekeisha Madden Toby, co-creators/executive producers Keith Knight and Marshall Todd discussed one of the biggest behind-the-scenes changes for the second season, the addition of showrunner Anthony King. Anthony’s other credits include writing and producing on Broad City, Search Party, and The Afterparty. Anthony was attracted to the series because of the surreal way it talks about social problems. He appreciated that the show never felt preachy and that was a goal as he set about leading the writing team in crafting the narrative for this sophomore season.

Much of the conversation centered around the themes of the second season, with Keith sharing that the first season was very much about what was going on inside Keef’s head, while the second season is more about what’s happening outside of it. In the season premiere, they explore how corporations capitalize on social movements, the pros and cons of social media, and how difficult it can be to stay true to yourself when outside influences want to steer you in other directions.

One of the biggest changes fans will notice from the first to the second season is that there are fewer animated moments. Keith Knight shared that he envisioned Keef as having had therapy in-between seasons. Since the animated characters are really just Keef’s subconscious trying to fight with him, as the character has less internal conflict, we will see those animated moments less and less.

Speaking of Keef, actor Lamorne Morris has some new responsibilities this season with his new role as a producer. Lamorne shared that he had already been filling that type of role on set, not just on Woke but on several other projects. He is naturally inclined to fill in gaps and help his team members get what they need to do their job, so it’s a natural fit and now he’s getting credit for it. The role also gives him more creative control on the show, although he explained that it’s always been a collaborative environment.

Comedian T. Murph got fit during the pandemic, which was written into the show for his character Clovis. And there’s lots of fun in store for Blake Anderson’s character Gunther this season, including an epiphany about using a washcloth in the shower. As with any show, there are lots of stories that can be told and the entire team has lots of ideas about where things could be heading if greenlit for a third season. But that, of course, depends on fan reaction to Season 2.

All eight episodes of Season 2 of Woke begin streaming this Friday, April 8th, only on Hulu.