Documentaries so often retell stories that have been heard in the news that seem as though they couldn’t have possibly truly occurred in the real world. If you think about the true story upon which the last documentary you watched focused, it is very likely that it is far more believable than the story of the Stayner family, which is explored in Hulu’s Captive Audience.

In 1972 a seven-year-old boy named Steven Stayner was kidnapped. Seven years later, he returned home, saving another young boy in the process. The media attention that ensued led to a nationwide story and eventually even a TV movie. Years later, tragedy struck again for the Stayner family, and it’s at this point in the story where you have to wonder how this is even real. 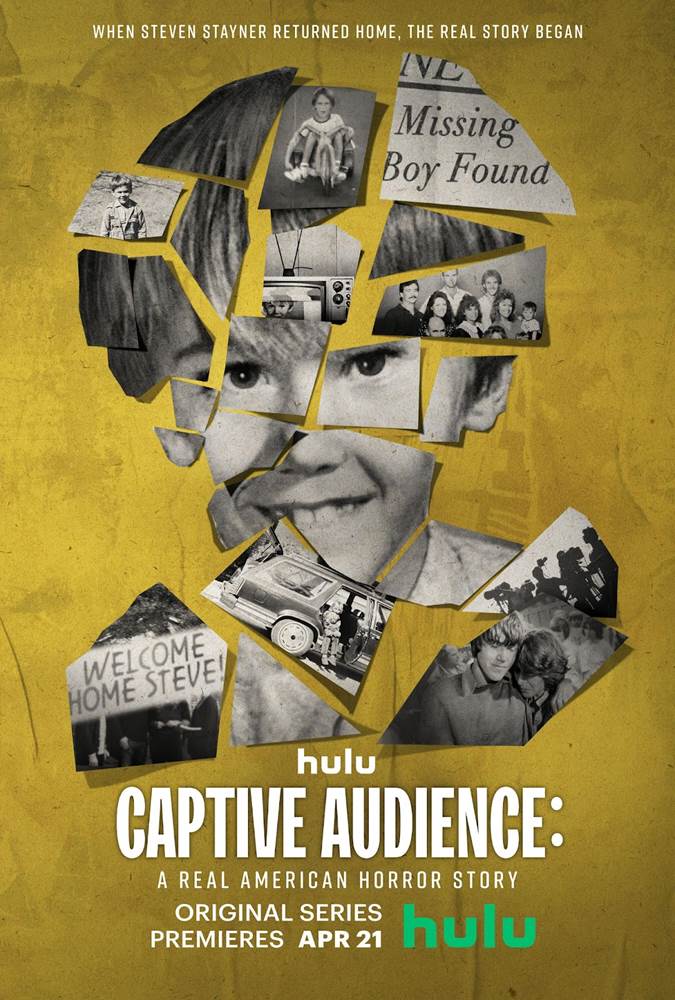 The first word that comes to mind when thinking about this documentary series is “emotional.” This story and the flawlessly executed storytelling in this documentary is so incredibly emotional. You may not start this series invested in this story, which began 50 years ago, but by the end of even the first episode, you will be clinging to every word.

A big component of that is the interview subjects features in this series. Often times with stories like this, much of the friends and family will be reluctant to appear in front of a camera to discuss their loved ones. That is not the case here as we get to hear from Steven’s mother, his wife, his children, his sister, his childhood friends and many more who were so close to the situation. In hearing their emotional reactions, you an’t help but become emotionally invested yourself. These interviews add the weight to this series that make it as effective as it is.

By the end of the second episode, you are sure you know how this story plays out. At least, that’s the case if you’re not already familiar with the news coverage of this family’s tragic story. That’s when it really gets crazy. True crime enthusiasts will be enthralled with the story of Steven’s abduction before they find themselves weeping after the events that ensue. Eventually though, this unbelievable story comes full circle and will please those same enthusiasts even more than they thought possible.

Another thing this series does so well delicately handle the sensitive nature of this story. The family and friends of the subject of a doc like this can often seem exploited, which sometimes comes through in the film itself. Director Jessica Dimmock is careful to never put anyone in an uncomfortable position, while still getting them to share as much as they are comfortable with. This is important because not only is the family feeling safe, but the viewer can be more comfortable in watching these interviews as well.

Captive Audience is a very fitting name for this docuseries because viewers quickly become exactly that, as they are locked into every word of this heartbreaking story. It’s a must watch for true crime enthusiasts, but also something in which anyone can become invested simply by being human. It’s impossible not to feel for this family after the truly horrific things they’ve been through. The story is enough to bring the audience in, but it’s the precise and delicate storytelling that really makes Captive Audience one of the best documentaries you will ever watch.

Captive Audience will premiere on Hulu on Thursday, April 21st.