“This season, Season 4, is arguably the best season I've ever read on this show, and if it keeps on going like this, it will be around a long time,” actor Edward James Olmos said of the new season of Mayans M.C., which premieres tonight at 10/9c on FX. Portraying Felipe Reyes, the once-strong patriarch of the family, Edward talked about his pride for the series while joined at a press conference by his fellow castmates. “We are predicting the future in many ways. You'll have to see the season to understand what I'm talking about. When you get to the end of the season, you'll start to understand what's about to happen to the rest of us in this world that we live in today in regards to how we treat each other, what family is. And I'll tell you, my character, whoa, boy, he's paying a heavy price for what I've done in my life. So if karma's the name of the game, it has come hard to me.” 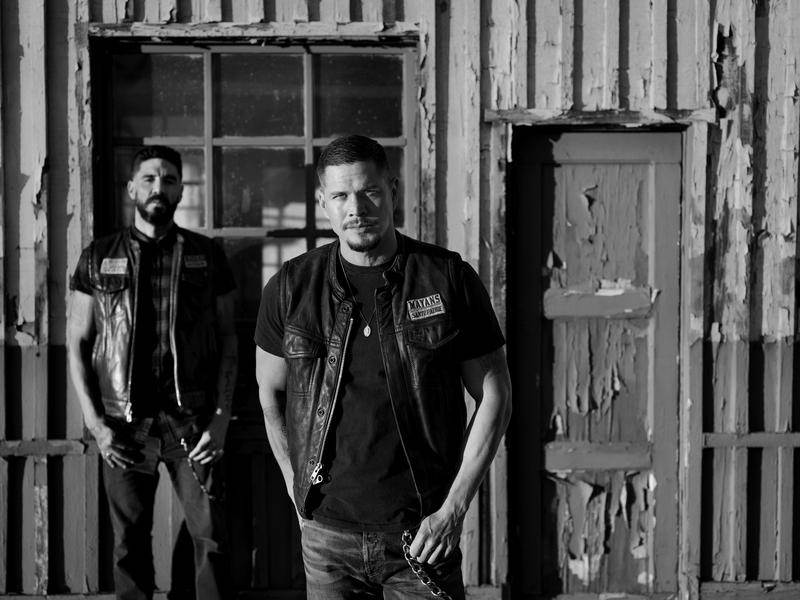 “In these dark places, there's like an awakening that happens,” teased JD Pardo who plays Ezekiel ‘EZ’ Reyes and also serves as a producer on the series. “You almost have to go through the fire and experience the lowest of the lows to understand who you are and to test it, and I think that that's where you find these characters, and that's where they're really going to break out.” Steering clear of spoilers for the upcoming season, the cast mostly talked about where we find their characters in the Season 4 premiere, refreshing viewers on where they were at the end of Season 3.

“The last thing he heard was that his baby was not alive with Adelita,” Clayton Cardenas said of his character Angel Reyes. “He's moving into this next upcoming season with the belief that him and Nails are going to have this baby and hopefully this new life that he never had. That's always been the tear with Angel, it's being the father that he never had in his life, possibly being a positive influence for something, something that he's never had in his life. I think it's an opportunity to find life outside of the club. As he watches his brother get fully immersed into the club and see how the consequences of his actions is tearing his life apart, I think Angel will start to say, okay, this is not for me anymore. If my brother's going to make the decision to stay in this life, I have to make a decision for myself to get out.”

Speaking of Angel’s baby, Carla Baratta plays Adelita and explained where we find her at the start of Season 4. “After the finale, when we got to understand that her kid was alive, that's her main goal this season, to try to find if that's true, and if it is true, how she's going to manage to be a mom, because she's never been a mom of her own child. It is going to be really interesting to see her go through that path of trying to actually get her kid back and seeing if she can be the mom that she always thought she could be.”

“There's not a whole lot I can reveal about Emily in Season 4,” actress Sarah Bolger explained. “I think she has to look after herself. I think there has been an element to this character that has been in the shadow of either a bigger entity, like the cartel, or a bigger personality, like Miguel, or a bigger loss, like EZ. And I find that this year the thing she has to put first is her child, and that means also protecting herself, looking forward and deciding what is good for Emily, because so much of what we've seen for her, it's been difficult. She's felt lost. And I think what will be wonderful and what excites me the most about Season 4 and acting in all these wonderful scenes is that you get to meet her for the first time. You get to meet the girl, potentially, that she's always wanted to be.”

“For the first two seasons, all these characters did things, put stuff out into the world, and then now they are still sort of dealing with the backlash,” series co-creator/executive producer/writer/director Elgin James explained about the arc of the saga thus far. “If last season was about the consequences, this season is how to deal with them when they come at you, how to climb your way out of hell.” While Elgin isn’t planning to end Mayans M.C. anytime soon, explaining that he could keep the show going for another 17 seasons if given the chance, he did tease that he has a plan for how it ends. But for Season 4, Elgin went in with a few questions he wanted to answer through these characters: “Will I pass on my sins to my child? Am I still carrying my father's sins with me, and what does that look like? How do I break free of them, break the cycle?” You’ll have to watch to find out.

Season 4 of Mayans M.C. premieres tonight at 10/9c on FX. New episodes stream exclusively on Hulu the day after air.