The Eyes of Tammy Faye, Spider-Man: No Way Home, and an Oscar-nominated performance in tick, tick… BOOM! are the sum of Andrew Garfield’s creative output in 2021, proving that he’s at the top of his game. An actor of his caliber has the luxury of being very selective with the roles he takes on, which is why his next project should pique everyone’s interest. In his first television role since his breakout performance in The Social Network in 2010, Andrew Garfield showcases why screen and stage actors are flocking to episodic content on streaming platforms, in this case, the FX limited series Under the Banner of Heaven, which streams exclusively on Hulu beginning Thursday, April 28th. 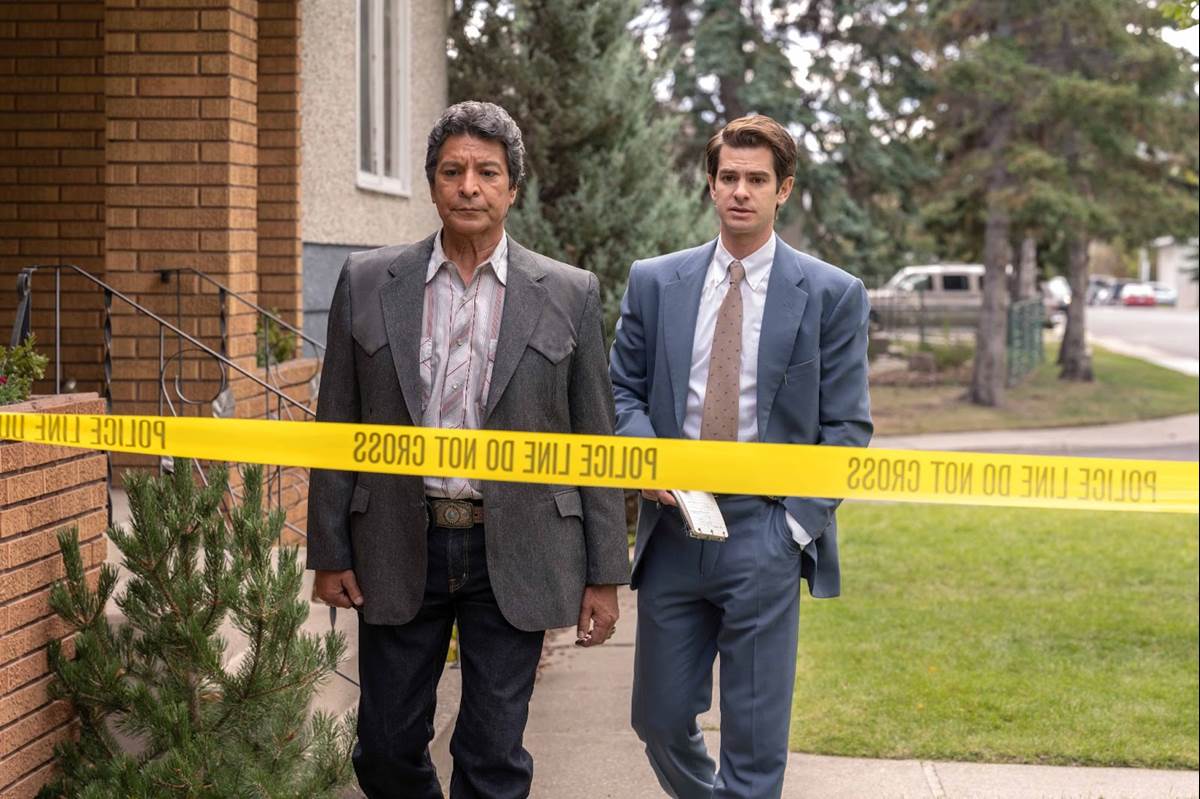 Based on the true-crime novel of the same name by Jon Krakauer, Garfield stars as Detective Jeb Pyre, a devout Mormon husband and father whose faith is put to the test when he takes on the murder of Brenda Wright Lafferty (Daisy Edgar-Jones) and her baby daughter. With her husband Allen (Billy Howle) detained as a suspect, Jeb and Detective Bill Taba (Gil Birmingham) dig deeper into the Lafferty family and discover darkness in Allen’s family, particularly from his brothers Ron (Sam Worthington) and Dan (Wyatt Russell). Jeb won’t be the same as he was before after tackling a murder case that is so interwoven with his own religion.

The full title of the novel is Under the Banner of Heaven: A Story of Violent Faith and the “violent faith” certainly comes into play, with a TV-MA rating. The brutal crime scene is shown, but the audience is spared witnessing the actual murder, at least in the first several episodes of the seven-part limited series. But the “violent faith” aspect of the novel’s title also refers to aspects of the Mormon religion, depicted on screen through relevant reenactments of the Joseph Smith story. The series relies on a lot of flashbacks, with Daisy Edgar-Jones having a significant amount of screentime for a character who is murdered at the top of the first episode. But the narrative works and the storytelling proves very effective.

All involved deliver magnificent performances. Garfield’s expressive and sympathetic eyes do a lot to showcase Jeb’s moral conflict as he calls his system of beliefs into question. There are some heavy-hitters and recognizable faces both on and off screen on this project (producers include Ron Howard, Brian Grazer, Dustin Lance Black, and Jason Bateman). Sam Worthington and Wyatt Russell both take on dark roles that descend into madness, both gripping as they subtly build throughout the flashback sequences. 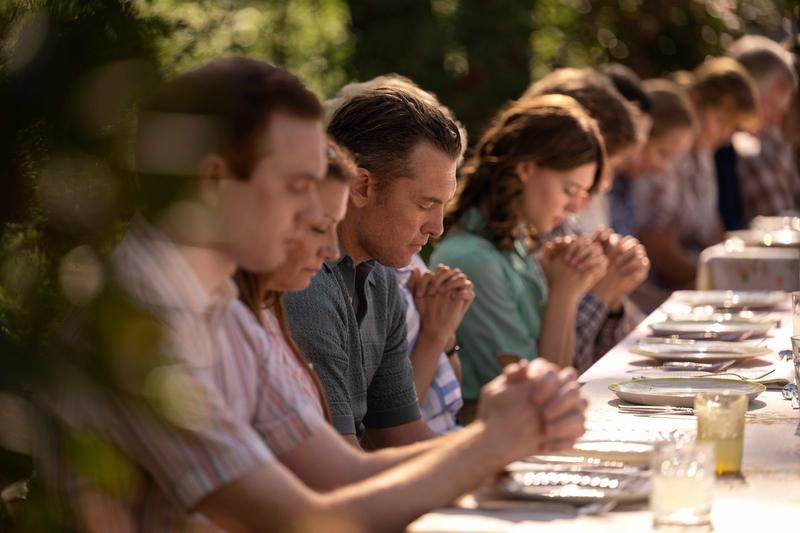 Set in 1984, the series represents the era through the technology Jeb has at his disposal, but strays from leaning into visual esthetics of the era. Fashion styles or even pop culture references are avoided and the cinematography has chosen a dark and muted range of colors. It takes on an almost timeless quality as a result, feeling like it could be set anytime in the past sixty years.

With themes of the dangers of blind faith and gender equality, Under the Banner of Heaven is a thought-provoking experience for viewers. Inspired by real events and based on a well regarded novel, the FX series takes advantage of both the visual storytelling medium and the strength of its talented cast to produce something not only worthy of your time, but worthy of numerous accolades.

I give Under the Banner of Heaven 5 out of 5 stars.

Under the Banner of Heaven begins streaming exclusively on Hulu on Thursday, April 28th with a double episode premiere, followed by weekly episode releases on Thursdays.