With more than 25 films scheduled for theatrical release this year, Universal Studios packed a lot into their CinemaCon presentation. The start-studded presentation included the debut of new trailers and footage, some of which was exclusive to attendees until the film’s release. At an event primarily for theater companies, the studio also brought in managers from movie theaters across North America to present each film along with a star or filmmaker. Here is a recap of Universal’s jam-packed presentation. 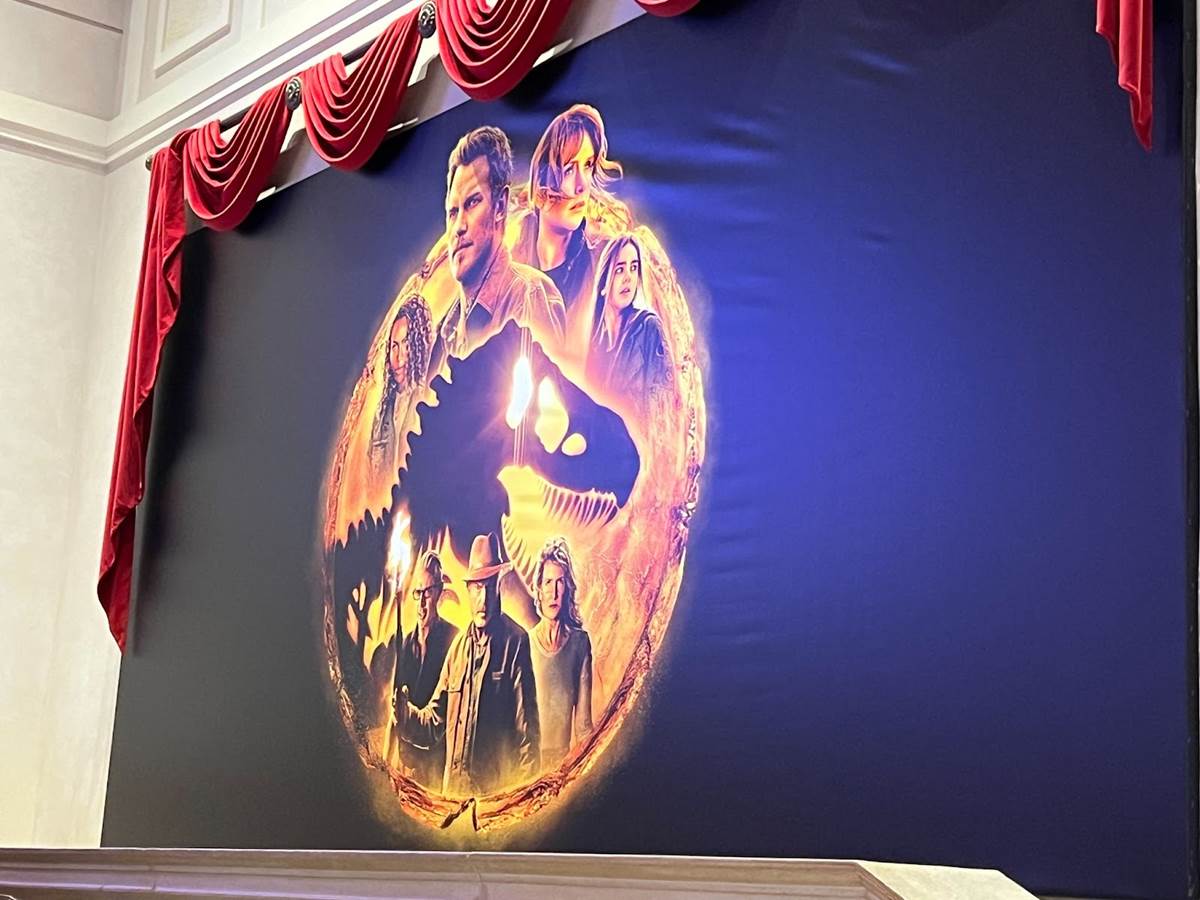 Fans in North America need to wait just a little longer for the second big-screen film that continues the story that began in the popular series. The film, which debuts this weekend in most of Europe, gets released through Focus Features in a little less than a month. The cast introduced a CinemaCon exclusive trailer through a pre-recorded video message.

Jeff Goldblum and Bryce Dallas Howard stopped by CinemaCon to share their excitement for the conclusion of the Jurassic World trilogy, which folds in the original Jurassic Park cast. Goldblum revealed that his two sons have yet to see a movie in a theater and he is going to make this their first moviegoing experience. Bryce Dallas Howard revealed that when she first saw Jurassic Park at the age of 12, she developed a crush on Jeff Goldblum as Ian Malcolm. The extended cut of the trailer showed more of the Carnotaurus than you see in the first one.

Steve Carrell gave his theater representative a Gru voice lesson before introducing some new footage from the Minions sequel, which features a young Gru. Carell also explained what attracted him to the Despicable Me franchise in the first place, recognizing that it didn’t pander to children and had just the right amount of danger to be fun, but not objectionable. The accent is an amalgamation of multiple, with Carell having practiced it with his kids to find a voice that made them laugh. Carell also presented his theater rep with a drawing of him in a theater packed with Minions. The footage shown included much more of the airplane sequence, including a hilarious bit with one of the minions as a flight attendant.

From Focus Features, this big-screen adaptation of the classic novel by Paul Gallico stars Lesley Manville as a British maid who has saved up for a Christian Dior dress, guaranteed to be a feel-good summer film.

Director and writer Jordan Peele’s third film, Nope, is one that’s been kept under much secrecy by design. In face, Peele asked attendees to not talk about the footage that was shared but did explain where he gets the inspiration from for his titles. He loves the communal aspect of moviegoing, saying that it’s more fun to see a movie with an audience than it is to watch one alone. When it comes to scary movies, he loves people’s reactions. With Get Out, he wanted people to routinely yell that at the screen. Well, with Nope, the goal is the same. And for anyone out there trying to speculate what the film is about, know that Jordan Peele loves all the conversations that surround his next film.

Comedian Jo Koy shared that his film came about when he got a call from Steven Spielberg, who saw his Netflix comedy special Comin’ In Hot and wanted to work with him. The result is Easter Sunday, a film about a Filipino family’s most important day of the year. Koy was inspired by the film Friday to create his own culturally specific “day of chaos” movie. His promotional plan for the film includes a Fandango QR code during his live shows through which audiences can find showtimes and purchase tickets.

The trailer for this thriller starring Idris Elba debuted without an introduction. The plot finds Elba and his kids being hunted by a rogue lion.

Billy Eichner stars in the first same-sex romantic comedy to hit the big screen from a major studio. All of the actors cast in the film identify as part of the LGBTQ+ community, even if the characters they play are straight. It was part of Eichner’s vision to not only make an entertaining film but also to create opportunities for actors who often get overlooked. “It’s unlike any comedy or romantic comedy you’ve ever seen,” Eichner promised before debuting the trailer.

For his first film in 16 years, Todd Field tells the story of a renowned composer and conductor named Lydia Tár, played by Oscar-winner Cate Blanchette. Footage was shown, but it was explained that what we saw is not a trailer.

Jamie Lee Curtis referred to her journey as Laurie Strode as “The ride of my life,” one she started at the age of 19 in 1978. It took her years to understand why the character, and horror film genre, were so popular, sharing that Lori has become a role model for women with their own version of a boogeyman. “Horror lets us confront what we can’t control,” she explained, getting misty-eyed as the thanked John Carpenter and Debra Hill, who created the franchise. This will be Curtis’ last time facing Mike Myers, jokingly saying “Mom is tired” before introducing a first look, which paired footage from the original film with similar sequences in the final installment.

Oceans 11 co-stars George Clooney and Julia Roberts reunite in this romantic comedy, the trailer for which screened at CinemaCon. The two-star as a divorced couple who are pushed back together on a vacation to try and stop their daughter from getting married.

Anthony Hopkins and Anne Hathaway star in this Focus Features release, which premieres next month at the Cannes Film Festival. The first footage was showcased at CinemaCon and the film comes from Ad Astra director James Gray. No release date has been revealed, but the film is expected to hit theaters this fall.

Carey Mulligan and Zoe Kazan portray New York Times reporters Megan Twohey and Jodi Kantor in this film about the journalists who exposed the rampant sexual harassment in Hollywood, with Harvey Weinstein at the center of their investigation. The actresses debuted the trailer for the film, which is directed by Maria Schrader.

David Harbour introduced his turn as Santa Claus, depicting a side of Kris Kringle we’ve never seen before. Directed by Tommy Wirkola, the film finds Saint Nicholas becoming ruthless when his Christmas Eve gift drop happens upon a family taken hostage by a band of criminals, led by John Leguizamo. The footage shown made it seem like an R-rated Home Alone for adults, an equal mix of humor and gore.

From the world of Shrek, Puss in Boots is back in his second stand-alone feature. Harvey Guillén was on hand to introduce a trailer, which included shots that weren’t finalized yet. Guillén provides the voice for a chihuahua named Perro who joins the titular cat’s adventure. Having burned through eight of his nine lives, Puss transitions into the cat equivalent of a retirement home, moving in with an elderly cat lady. But when Goldilocks comes to the door looking for Puss in Boots, he and Perro go on a new adventure.

Allison Williams introduced the first trailer for this horror film written by James Wan and producers by Jason Blum.  Allison plays an engineer who designs a robotic doll that can give kids a constant companion. But after giving M3GAN to her niece, things begin to go horribly wrong. The premise is a little like Chucky, but different enough to be its own thing. It also appears to have fun with the premise, with shots of M3GAN doing a freaky dance down a hallway making the audience laugh.

The Last Voyage of the Demeter – January 27th

Based on the “Captain’s Log” chapter of Bram Stoker’s Dracula, CinemaCon attendees got to see the first trailer for this terrifying film from director André Øvredal.