Heroes come in all shapes and sizes, and from all corners of the universe. Luke Skywalker and Princess Leia Organa lived on opposite sides of the stars. But the events of the galaxy far, far away brought them together to fight for what was right, and in the process taught them a great deal about who they were, and who they were meant to be. 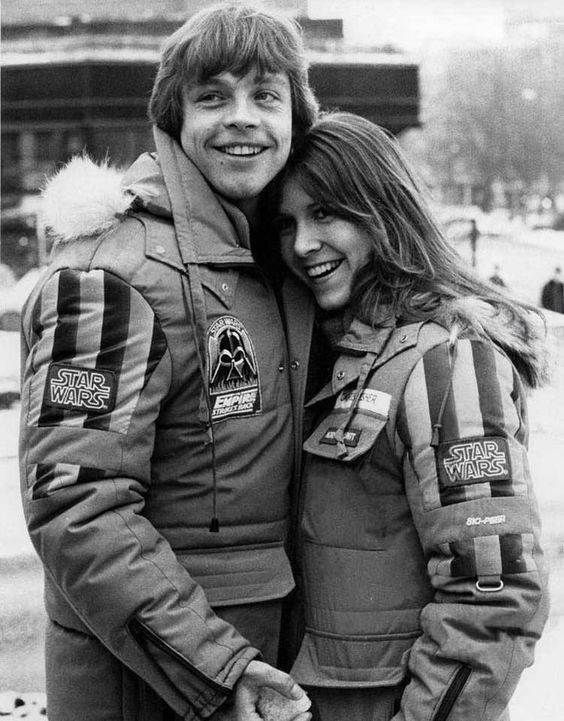 The paths of Mark Hamill and Carrie Fisher closely mirror the paths of their on-screen counterparts. While they were both born in California, they each took very different routes to arrive at their common point of success. Let’s learn more about these science fiction siblings in this edition of Disney Legends Spotlight: Mark Hamill and Carrie Fisher.

Mark Richard Hamill was born in Oakland, California in September 1951, though he didn’t stay there long. Hamill’s father was a U.S. Navy Captain. His father’s position caused him to change Naval Stations, moving the family around the country, and around the world. Hamill spent portions of his school years in Virginia, San Diego, CA, and even Japan. After his high school years, Hamill majored in Drama and Los Angeles City College. 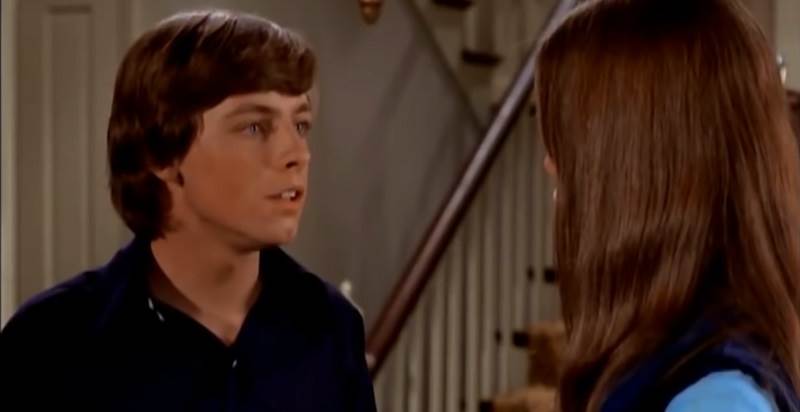 Hamill’s early career included a recurring role on the soap opera General Hospital, and a starring role on the short-lived sitcom The Texas Wheelers. Hamill had guest roles in other television sitcoms, including The Bill Cosby Show (not to be confused with the 1980s hit sitcom The Cosby Show), The Partridge Family, and One Day at a Time, among others. But Hamill’s biggest role came on the silver screen.

Carrie Frances Fisher was born in Burbank California in October 1956. Being the daughter of actress Debbie Reynolds, Fisher had show business in her genes. As a young child, Fisher spent lots of time reading, becoming known as the family bookworm. Not only did she read an assortment of classic literature – she also wrote some poetry in her younger days. Fisher’s fondness for the pen would surface professionally later in her career. Considering Fisher’s interest in literature, it might be surprising to learn that she did not finish high school. Her high school education was interrupted at age 15 by her first show biz role, alongside her mom in the musical Irene. Fisher spent a year and a half in drama school, then was accepted to college to study liberal arts. She didn’t finish college either, as her acting career was on the verge of exploding. Fisher’s film debut came in 1975 with the comedy Shampoo. But it was her next role that would bring her worldwide stardom.

Fame In A Galaxy Far, Far Away

During the early 1970s, film director George Lucas was itching to develop a “space opera” set “A long time ago in a galaxy far, far away.” By 1974, Lucas had pitched a synopsys to 20th Century Fox, and had written the first draft of a screenplay. Within three years Star Wars was released to theaters worldwide. The film was planned to be the first installment in what would become a nine-film series, set as three trilogies.  Star Wars was an immediate hit, and quickly became a worldwide pop-culture phenomenon, spawning toys, television specials, and licensing on just about anything a consumer could imagine.

The Star Wars story gave fans access to the whole galaxy. But the story itself focused primarily on three heroes – Luke Skywalker (played by Hamill), Princess Leia (played by Fisher), and Han Solo (played by Harrison Ford) – as well as one unforgettable villain, Darth Vader (voiced by James Earl Jones). 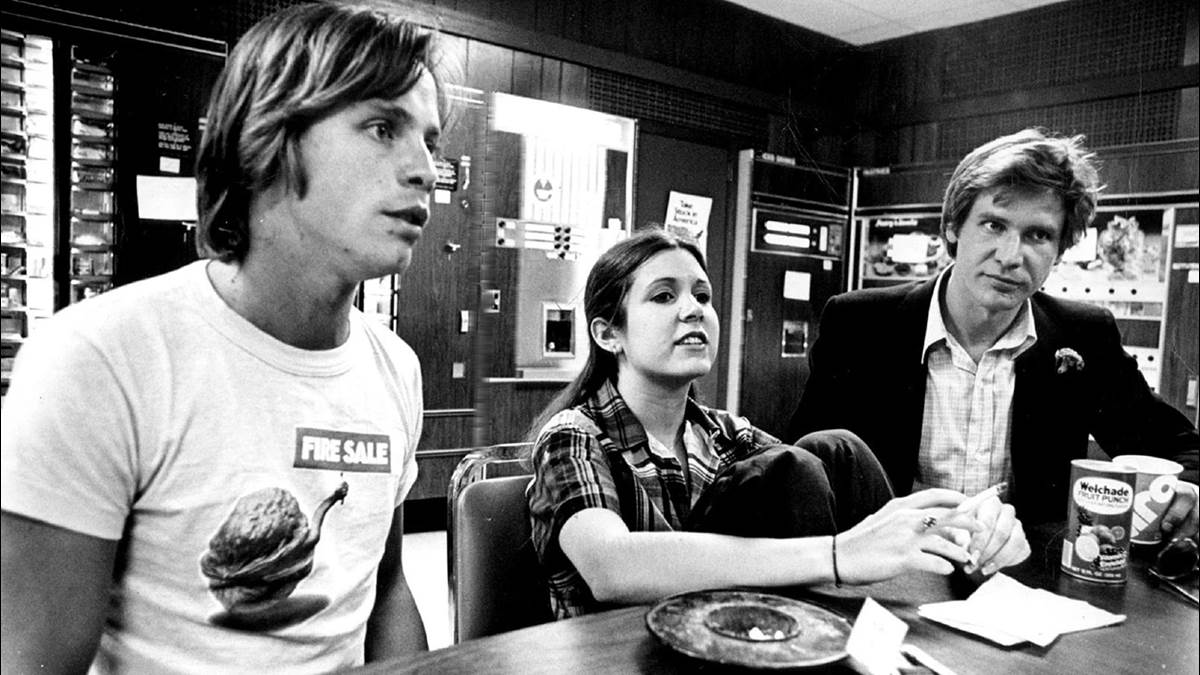 Luke and Leia were of course linked by blood, as brother and sister. The fraternal relationship between Luke and Leia extended to Hamill and Fisher, as the two forged a platonic friendship that lasted the rest of their lives.

The popularity of Star Wars propelled Hamill, Fisher, and Ford into the spotlight of film and science fiction fans worldwide. The three young actors rode the Star Wave through two sequel films – The Empire Strikes Back (1981) and Return of the Jedi (1983), as well as one universally loathed Star Wars Holiday Special (1978).

The fame and association Hamill and Fisher received from Star Wars put them on the map as popular actors, but it also threatened to typecast both as variations of their characters in the films. Each actor forged their own path outside the franchise, while the Star Wars Galaxy remained the strongest success for each throughout their continuing careers. 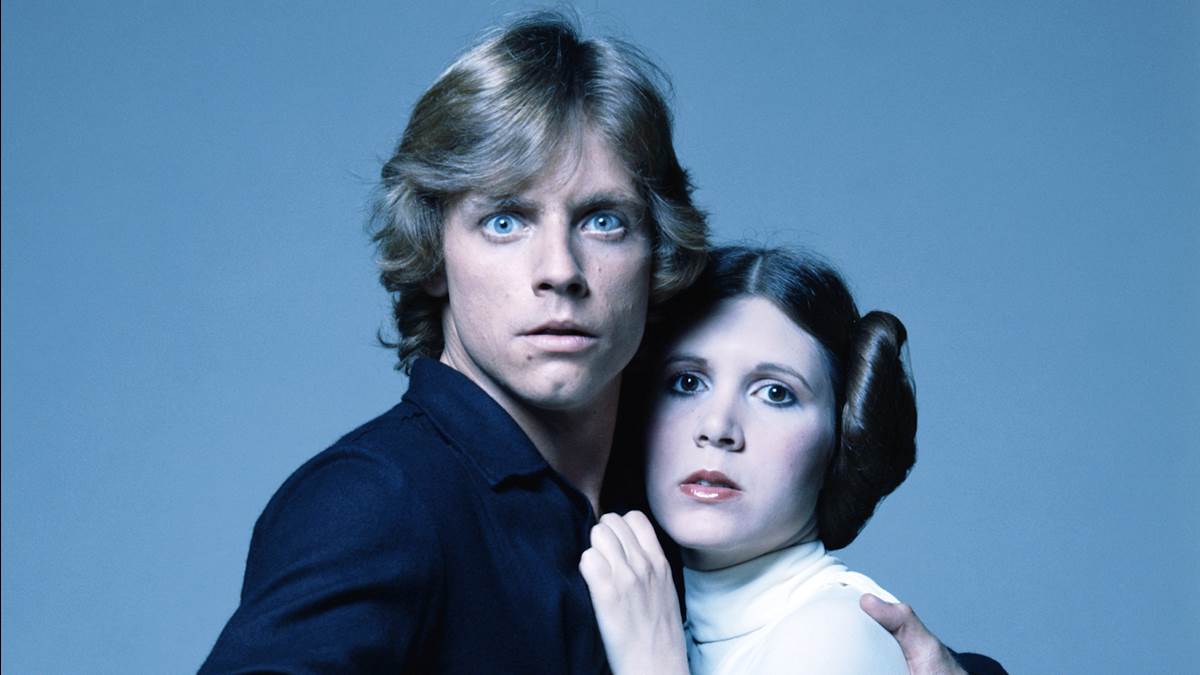 Hamill, Fisher, and Ford all returned to reprised their roles in 2015’s The Force Awakens. Hamill’s appearance of Luke was a major tease leading up to the film’s release, though he only appeared in the closing moments of the film. Hamill and Fisher returned in The Last Jedi (2017), and The Rise of Skywalker (2019). Fisher died in 2016, following production of The Last Jedi, so her role in The Rise of Skywalker was carefully crafted using previously captured audio and video clips to match her with the current storyline.

Mark Hamill celebrated his galactic fame with a 1980 appearance on The Muppet Show, where he played both himself and Luke Skywalker. Outside of Luke, Hamill performed voice work cameos for several other minor Star Wars characters, in both films and television.

The Fountain of Youth

As both Hamill and Fisher continued to age, more recent Star Wars films have been very creative with how to continue the stories of Luke Skywalker and Princess/General Leia Organa.

Two Disney+ original series – The Mandalorian and The Book of Boba Fett – were released between 2019 and 2022. Both series were set shortly after the events of Return of the Jedi, (which featured a 30-ish year old Luke Skywalker) and had to be particularly creative in how to turn back time so Hamill could reprise his role as Luke. A combination of de-aging techniques and voice dubbing was used to successfully transform a late-60s Hamill into a mid-30s Luke. 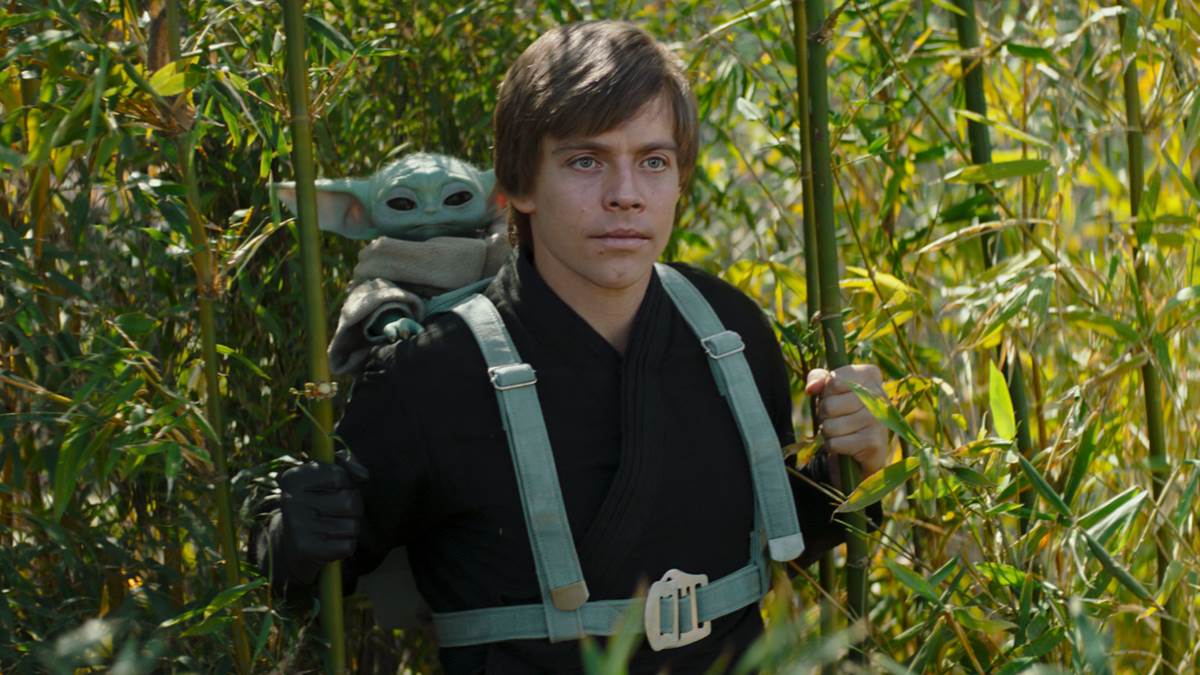 Rogue One: A Star Wars Story – released in 2016 – featured a cameo appearance of a Star Wars: A New Hope-era Princess Leia. Leia’s short appearance in this film is 100% computer-generated, with Fisher’s archived audio tracks used for voice dubbing.

In an attempt to avoid being typecast as Luke Skywalker, Mark Hamill tried to distance himself from the character, choosing roles in the adventure comedy Corvette Summer (1978) and the World War II film The Big Red One (1980) to show off his acting abilities. Aside from those two starring roles, Hamill performed countless smaller roles in other films and television shows worldwide over the course of his career. 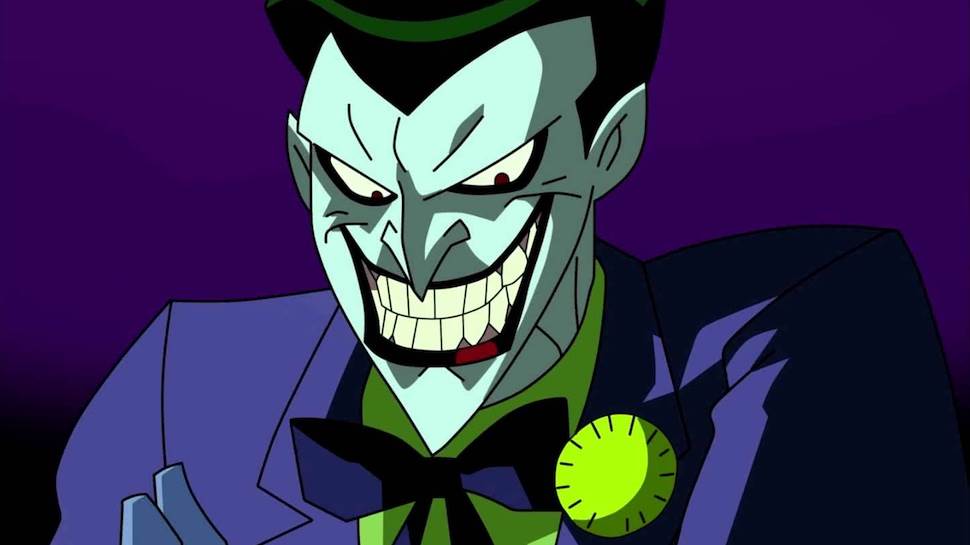 “Phase 2” of Hamill’s entertainment career started in the early 1990s with a laugh. An evil, maniacal laugh, as the Joker in the animated comic noir show Batman: The Animated Series. The show ran for three seasons, and Hamill was universally lauded for his performance as Batman’s number one villain.

Hamill’s success as the voice of the Joker put him in high demand as a voice-over actor of cartoon villains. He performed as Hobgoblin in a 1990s Spider-Man series, Gargoyle in the animated series The Incredible Hulk, Maximus in Fantastic Four, and Klaw in Avengers: Earth’s Mightiest Heroes, among other roles. Hamill’s television voice roles also led to many video game voice roles, especially for his popular Joker role.

Success on the Edge

Carrie Fisher enjoyed a string of successful supporting actress roles in the 1980s, including The Blues Brothers, Woody Allen’s Hannah and Her Sisters, When Harry Met Sally…, and Soapdish. It was during filming for The Blues Brothers that Fisher met actor/comedian Dan Aykroyd. The two were briefly engaged, but a long-term relationship was not meant to be, as Fisher chose to return to her long-time partner, singer Paul Simon. However, while dating Aykroyd, Fisher learned firsthand how talented the comedian was. While enjoying dinner, Fisher choked on a Brussels sprout. Aykroyd performed the Heimlich maneuver, and Fisher credited him with saving her life.

Fisher published her first novel, Postcards from the Edge, in 1987. This cuttingly funny, semi-autobiographical tale proved a best-seller. The novel was adapted into a 1990 film, which Fisher scripted. In addition to her novels, Carrie wrote a series of memoirs, including Wishful Drinking, Shockaholic, and The Princess Diarist. Fisher used her writings to face her own demons, and this is where she tackled the entertainment industry, mental illness, depression, and substance abuse, with insight and humor. Carrie struggled with bipolar disorder and substance abuse, and her voice on the subject helped break the stigma of mental illness. Millions of people connected with her and appreciated her willingness to share her story.

In December 2016, at age 60, Fisher died of a sudden cardiac arrest, four days after experiencing a medical emergency during a transatlantic flight from London to Los Angeles.

In June 2021, it was announced that Fisher would receive an official star on the Hollywood Walk of Fame in 2022.

The Force Is With Them

Mark Hamill and Carrie Fisher were both honored as Disney Legends in 2017. Hamill was able to accept his honor in person. Fisher received her award posthumously, with the award being accepted on her behalf by daughter Billie Lourd. 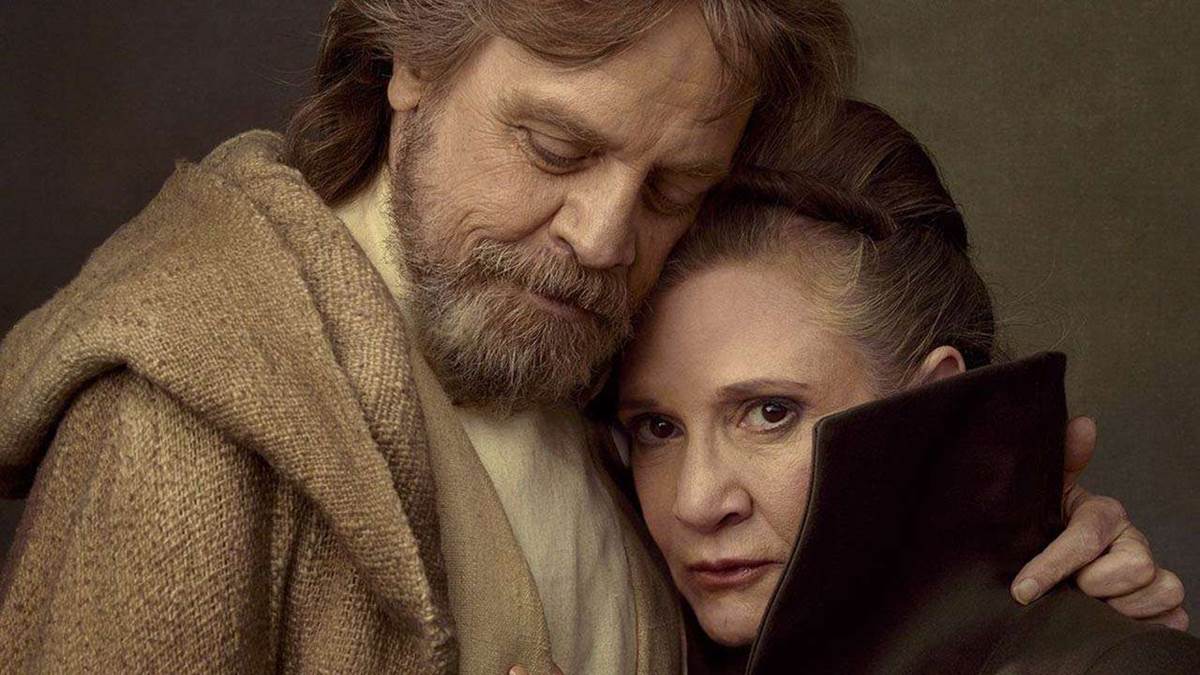 These two giants in the science fiction world paired together like the two Bright Suns of Tatooine. They forged a friendship during the filming of Star Wars that persisted, and even deepened, for the rest of their lives. Both would mingle with fans at conventions nationwide and worldwide, and would continue to celebrate the franchise they helped build. They understood their success, appreciated it for what it gave them, and used it to make a positive difference in their worlds.

Who inspires you more? Farm boy-turned Jedi Luke, or the determined, unwavering Princess Leia? Reach out here with a comment, or find us on social and start a conversation.

Empire of Dreams: The Story of the Star Wars Trilogy – Prometheus Entertainment, October 2004