With the attraction currently in previews, we were able to experience this incredible new ride and I can confidently say it is unlike anything you’ve ever experienced before. 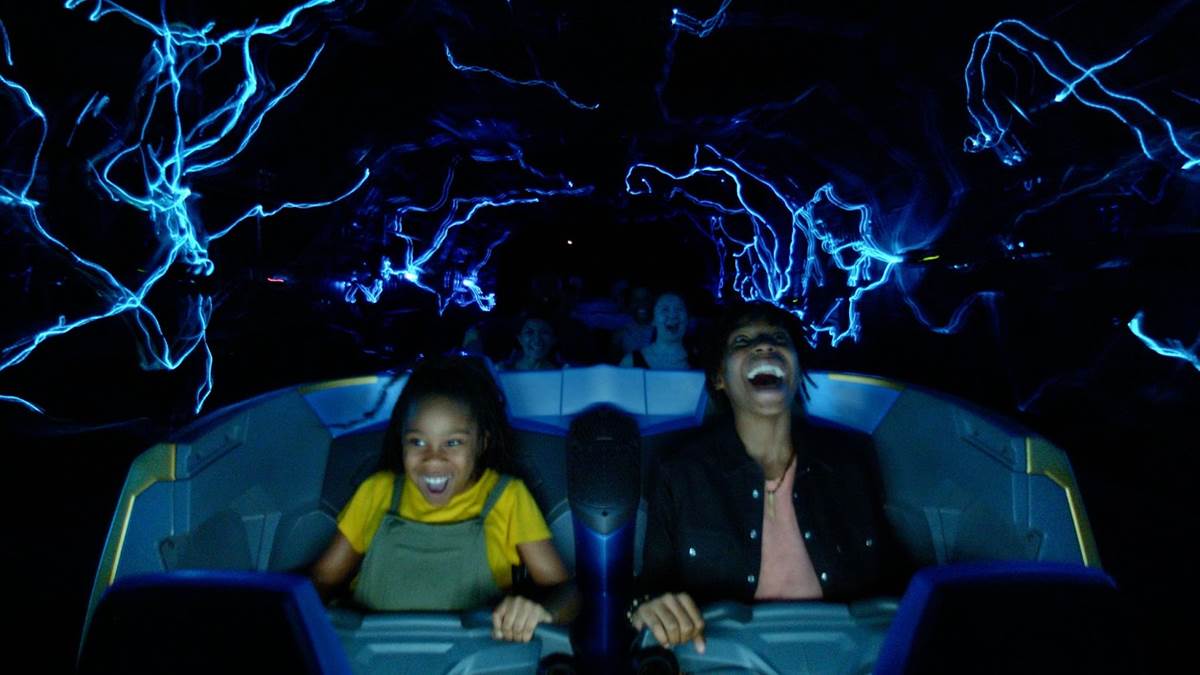 Like any good attraction, the experience begins before you even step inside the building. Guests are greeted by a Nova Corps Starblaster as they enter the Wonders of Xandar Pavilion. Once inside, they are treated to spectacular views of the galaxy in the galaxarium, and as the journey continues, there are all kinds of displays dedicated to Xandarian history. Fans of the Marvel Cinematic Universe films will recognize many of the Nova Corps costumes on display and even get to see a model of Xandar itself. The Guardians of the Galaxy even make a few appearances throughout the queue in some very entertaining videos. Things get taken to a new level when guests reach the pre-show. Terrans are teleported from the pavilion on Terra up to the Nova Corps ship in one of the most impressive pre-attraction experiences you will ever witness. The immersion truly begins at this point as you really feel as though you have left Earth and been transported into a different universe altogether. 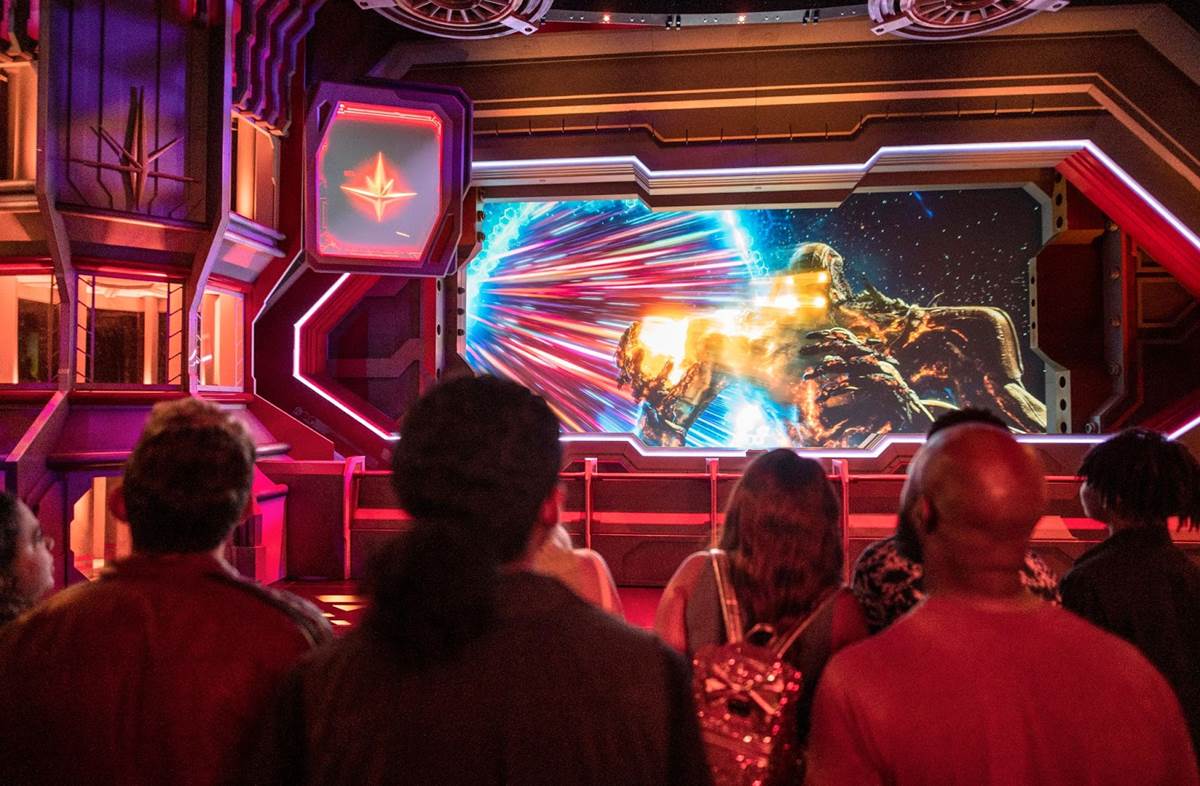 And then the real fun begins. Guests board their starjumper, which Rocket has hijacked in order to send guests on a mission to stop the celestion known as Eson from destroying the galaxy before it ever even existed. No pressure at all though.

The ride begins by sending guest through a jump point where we see the Guardians begin their mission to stop Eson. After a scene, which is displayed on a massive screen the engulfs the riders, the starjumper launches in reverse and sends guess flying through space.

This experience is almost indescribable. This attraction moves in a way that no attraction ever has. The ride vehicle turns to show off various scenes, but it never stops moving. Imagine going through a roller coaster sideways, and then backwards, and then sideways again. You are constantly turning and going up and down hills and whipping around corner. It’s truly a unique and wild ride.

That being said, it’s not too intense. Much has been made about just who this attraction is for and, while that’s still difficult to say because everyone is different. I wouldn’t say this ride is any tougher to stomach than Expedition Everest at Disney’s Animal Kingdom. In fact, personally, Everest affects me a bit more than this one does, but I think that is the best comparison in terms of Disney Parks coasters. 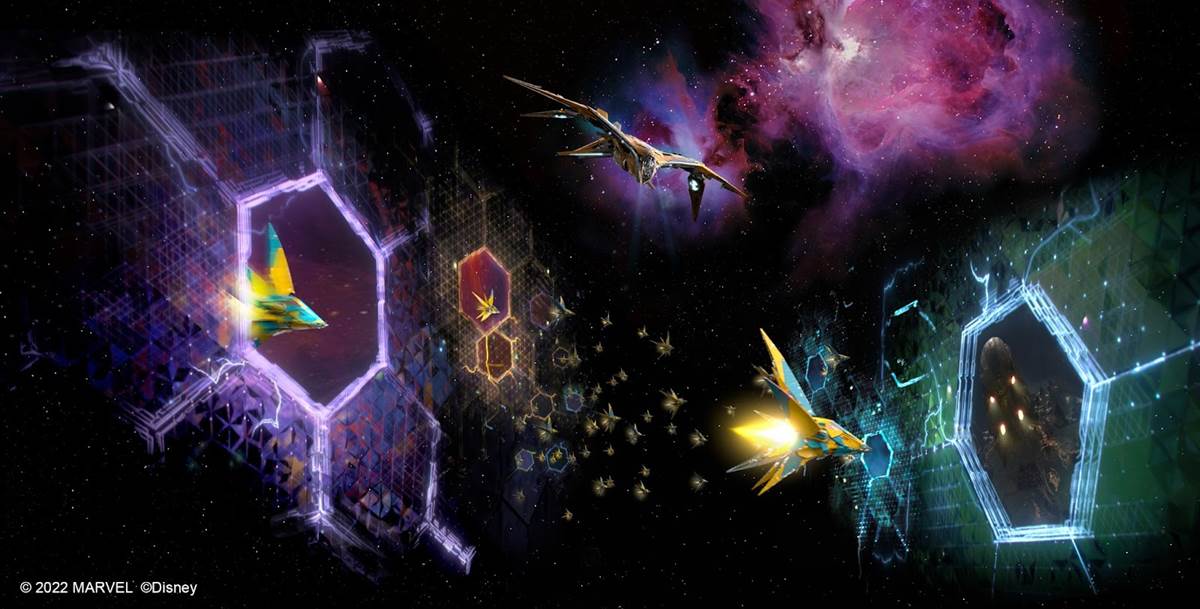 It’s not just about the coaster though. The whole experience is made by both the music and the Guardians themselves. There are six different songs that will play, at random, during the ride experience:

Having experienced two different songs on two different ride throughs, I can say the music definitely impacts the experience. To this point, “Everybody Wants to Rule the World” is my personal favorite.

And of course, the Guardians of the Galaxy bring their own wacky fun to the attraction. Rocket and Drax add a whole lot of humor that will have you laughing hysterically in between screams. You may have to listen carefully and pay attention during the pre-show to get all the jokes, but when they land, they land.

One thing this attraction absolutely does not lack is re-rideability. Of course the music changes the experience, but there is also so much to see throughout the entire experience. There is no way you will possibly catch everything in just one ride so you’re going to experience it again and again.

Guardians of the Galaxy: Cosmic Rewind is an unbelievable new thrill ride that is perfect for the whole family. Fans of the movies are going to love being transported into this world, er, galaxy, and will be treated to an unforgettable experience. And don’t forget to check out the Treasures of Xandar shop on the way out, which offers some fantastic new Guardians fo the Galaxy merchandise.

Guardians of the Galaxy: Cosmic Rewind opens May 27th at EPCOT.