The Marvel Universe is loaded with iconic villains. Thanks to the Marvel Cinematic Universe, characters like Thanos, Loki and the Red Skull have become household names, but there are so many more who have been causing problems for our heroes for a very long time in the comics. Right at the top of that list would be none other than Doctor Doom.

Reign of the Devourer: A Marvel Untold Novel from Aconyte Books and author David Annandale, is a look at a brand new story for the character from a very different angle. He may have always been a villain to us, but as the dictator of a nation, Doom has plenty of people who love him. And with that being the case, he will always be the hero of his own story.

The first thing that jumps out about this book is that it is very much a horror story. With vampiric creatures of Latveria’s ancient past returning, this is a monster story with a Marvel character on the cover. There are some very tense moments that will make horror fans grin from ear to ear, and those aren’t so fond of the genre checking to make sure their doors are locked before they continue reading.

It’s also important to note that this is very much not a superhero story. The horror and superhero genres can certainly blend, but that’s not really the case here. It’s not a bad thing, it’s nice to get a very different type of story that puts an iconic character in a new light, but if you’re expecting the Fantastic Four to swoop in an save the day, you might be disappointed.

With this book being set entirely in Latveria, with the focus on Latverian characters, there is a whole lot of exposition all throughout. The history of Latveria is really the focus of this novel and perhaps could even be considered a character. For that to work though, the book gets very wordy at time as it explains everything you could possibly need to know, and some things you perhaps don’t, about Latveria. 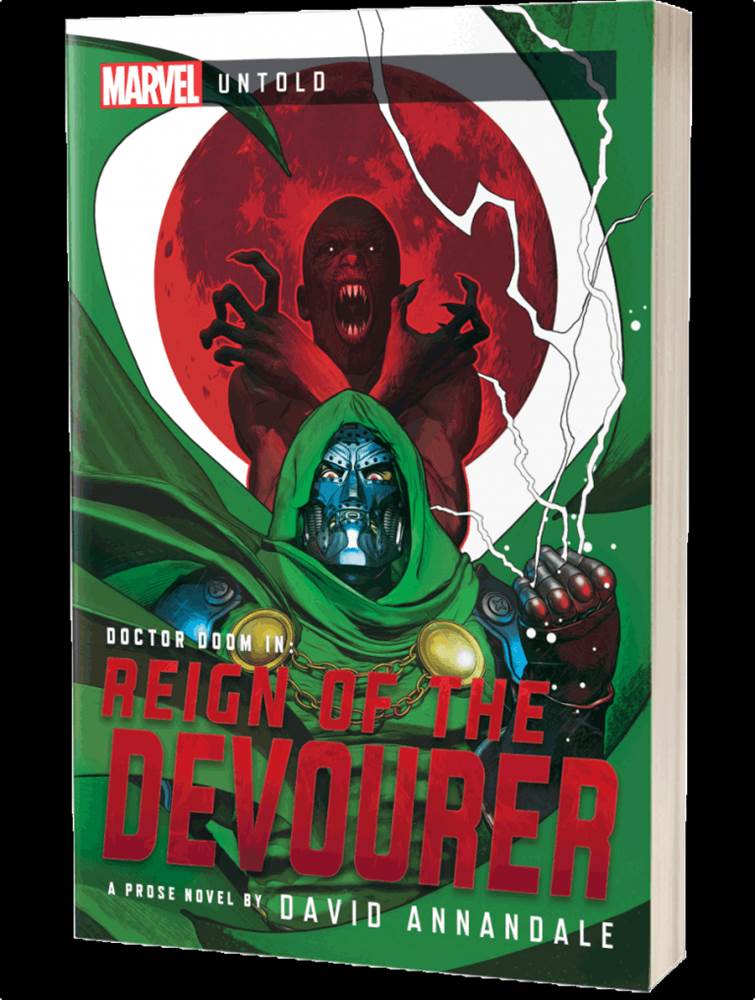 Of course, there is a whole lot of great Doom stuff in this book. He interacts far more with his subjects and most trusted soldiers and scientists in this novel, as opposed to his usual interactions with his enemies. It’s great to see the character so differently, and yet still see that he treats everyone with the same firm hand, even in the face of such unspeakable horror.

The area in which Annandale really succeeds though is the introduction of new characters in this novel. In particular, Elsa Orloff and Kariana Verlak and fantastic additions to the Marvel Universe. Annandale does a great job of making the reader care greatly about these two women, despite the fact that they have never existed in this universe prior. That wouldn’t be such a challenge if this wasn’t set in the Marvel Universe, but fans can often become fixated on the characters they already know and love and let others fall to the side.

Another masterful execution from Annandale comes in the form of a handful of expendable characters. New chapters, halfway through the book, will begin by introducing a new character and giving us their life story. We learn everything about their families, their hopes, their dreams, and just when we start to care about them, they’re ripped away for the progression of the story.

Overall, Reign of the Devourer is a great new Marvel story. If you go into it specifically hoping for another story about your favorite heroes, you’ll be a bit disappointed. However, if you’re a big fan of Doctor Doom and don’t mind a really strong horror story, this is a must-read. Here’s hoping we get to meets some of these new characters in other media soon.

Reign of the Devourer: A Marvel Untold Novel is available now. You can order your copy here.