It should come as no surprise that villains are in vogue. From Disney Channel’s popular Descendents franchise about the children of classic Disney villains to Warner Bros. and Sony banking on stand-alone films from DC and Marvel baddies, there’s never been a better time to be bad. That trend comes to Disney Channel on Friday, June 3rd, with the cable channel’s newest sitcom The Villains of Valley View. 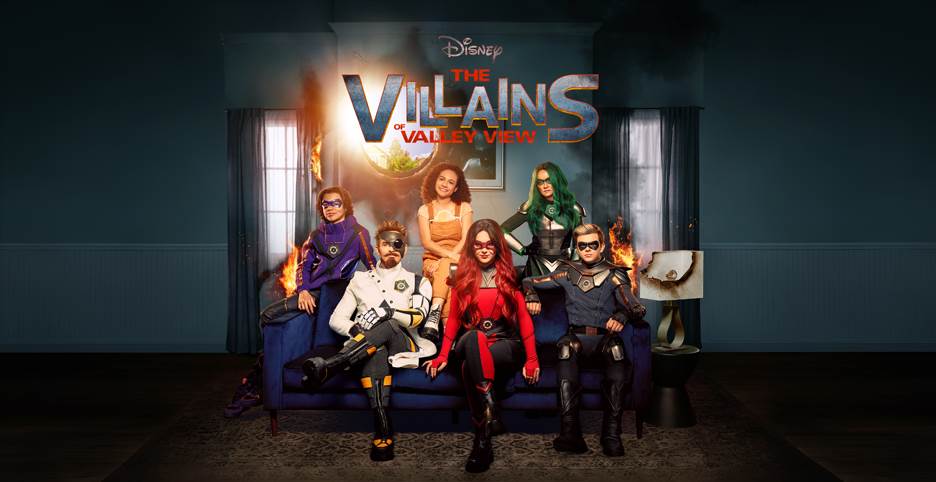 A new family just moved to Valley View, a happy little hamlet in Texas. But this is no ordinary family, it’s a group of super villains who have gone into hiding after their eldest daughter, Havoc, got them in trouble with the League of Villains. Trying to blend in with the happy community of Valley View will be no easy task for this nefarious family but with so many good-natured residents, the cheerful community just might rub off on them.

The show is certainly an ensemble piece, but the heart of the double-episode premiere places Havoc (Isabella Pappas) in what feels like a lead role. Under the alias of Amy, Havoc unintentionally makes a friend in Hartley (Kayden Muller-Janssen), whose bubbly exuberance begins to chip away at Havoc’s scowling veneer. The two actresses create a fun dynamic for viewers.

Created by the team behind Disney XD’s hit series Lab Rats (Chris Peterson and Bryan Moore), The Villains of Valley View establishes a formula that worked well for The Wizards of Waverly Place. All of the members of the family get enough screen time to develop their own characters, potentially even giving them character-centric episodes that shift the focus away from Havoc from time to time. The fact that the family has a secret they can’t share with everyone they meet helps make the series feel related to Wizards, as does the fact that each member of the family has their own unique superpower. 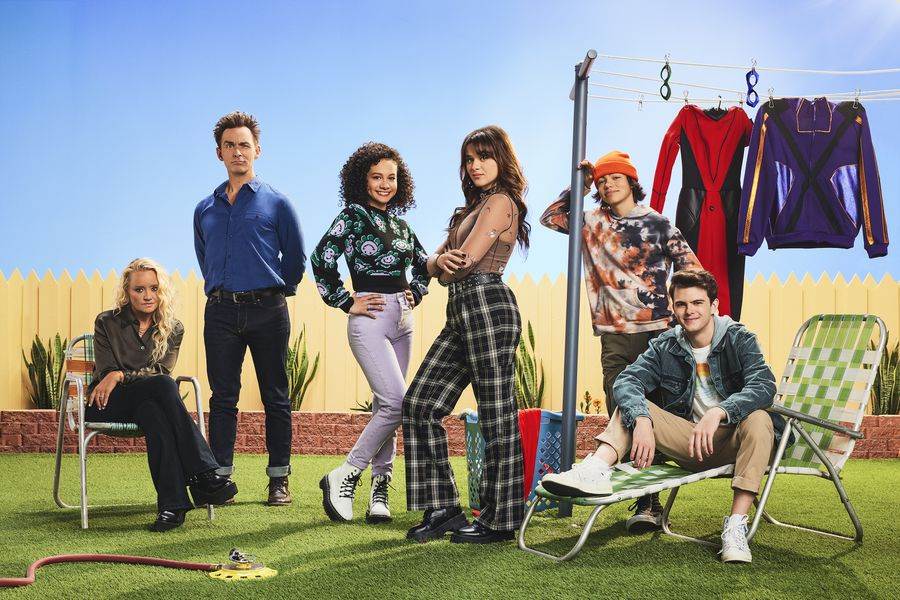 Like a lot of Disney Channel shows, The Villains of Valley View primarily looks for laughs through over-the-top physical comedy or wacky characterizations. The storylines offer enough for parents to watch the show with their kids, but most of the laughs will be drawn exclusively from the show’s target audience. Nostalgically, however, many of the visual gags reminded me of the ABC TGIF classic Sabrina the Teenage Witch.

Disney Channel recently ended several series with a built-in audience, including Sydney to the Max and Gabby Duran and the Unsittables. With two new shows launching on June 3rd (the other is Ultra Violet & Black Scorpion), the network seeks to bring back those viewers while also calling in a new audience. The Villains of Valley View is certainly cut from a similar cloth as other past network hits but also strives to be a little edgier. It would feel right at home on Nickelodeon as well.

The Villains of Valley View premieres Friday, June 3rd at 8/7c on Disney Channel. The first five episodes will be available to stream on Disney+ beginning June 22nd.