The hunt for Cadeliah seems to finally be approaching a climax, and in the latest issue of Star Wars: Bounty Hunters from Marvel Comics, Dengar has taken center stage in that storyline.

Bounty Hunters #23 begins with a flashback to Dengar’s youth on Corellia, where he lost to (an also-younger) Han Solo in an explosive swoop bike race. This leads Dengar to declaure he “will not tolerate being disrespected,” a maxim that carries over into his adulthood. 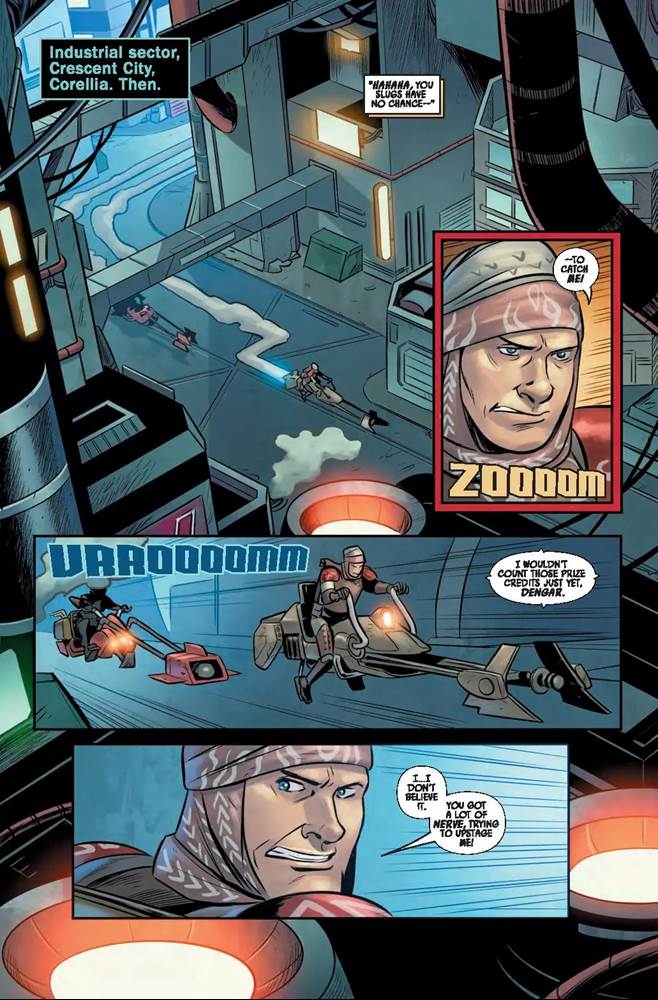 Cut to the “present” (the period set between the events of The Empire Strikes Back and Return of the Jedi) and the planet Milvayne, where Dengar has arranged a meeting with the ruthless Lord Khamdek, the leader of the crime syndicate known as the Mourner’s Wail. After a protracted negotiation over an extravagant meal, Dengar says he knows the location of Khamdek’s granddaughter– the star-crossed heir to Mourner’s Wail and the Unbroken Clan known only as Cadeliah. But Dengar doesn’t ask for a reward in exchange for her return; instead he simply assassinates Khambek with the help of some Crimson Dawn sleeper agents and makes a daring escape. This is a pretty big plot point for a comic that has dragged its feet for so long on the Cadeliah storyline, and when we cut back to the crew of the Edgehawk to get their reaction, it becomes clear that this two-year-plus-long narrative is finally getting somewhere. 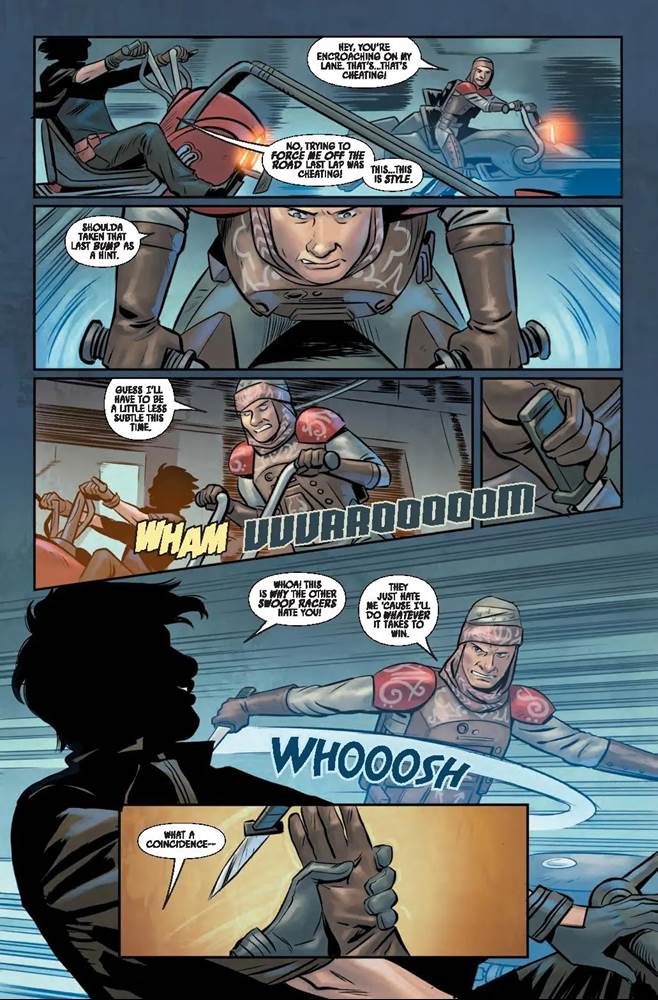 You see, T’onga and Losha have been interrogating Unbroken Clan crimelord General Vukorah to no avail, and news of Lord Khamdek’s assassination causes them to reach out to bounty broker Syphacc for help in infiltrating Crimson Dawn’s impenetrable flagship the Vermillion. He immediately (though hesitantly) betrays them and assigns Dengar to the task, setting our antiheroes on a collision course that will hopefully pay off over the next couple of issues. I like how much Star Wars: Bounty Hunters has been picking up steam in recent months, and I’m very interested to see where all this is going and how it will affect the ongoing Crimson Reign crossover event– not to mention the Hidden Empire event to follow down the line. This issue has a guest artist named Natacha Bustos (who has previously contributed variant covers to Marvel’s Star Wars: Doctor Aphra and Star Wars: The High Republic comics), and while her style is a bit easier on the eyes than regular penciller Paolo Villanelli, it leans a bit too heavily in a cartoonish direction for her to really fit the darker tone of this title. Still, this is a fun, engaging installment with a brisk, lively pace that I hope Bounty Hunters keeps up as it continues to move along. 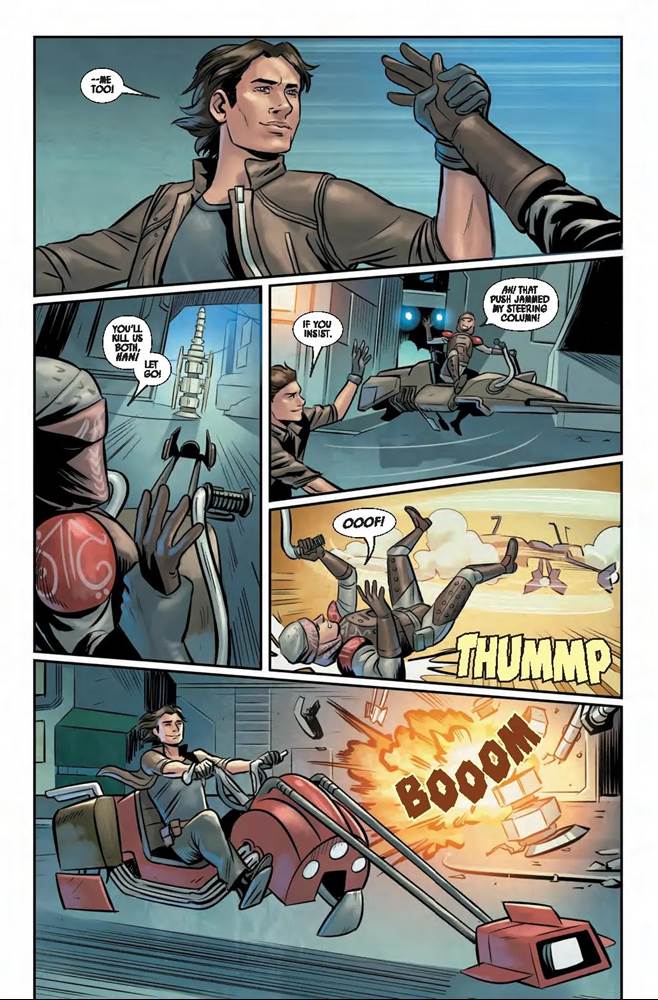