Ms. Marvel is set to hit Disney+ next week to bring a new hero into the Marvel Cinematic Universe. Tonight, some of the stars of the show took a red carpet in Hollywood for a launch event for the new show. 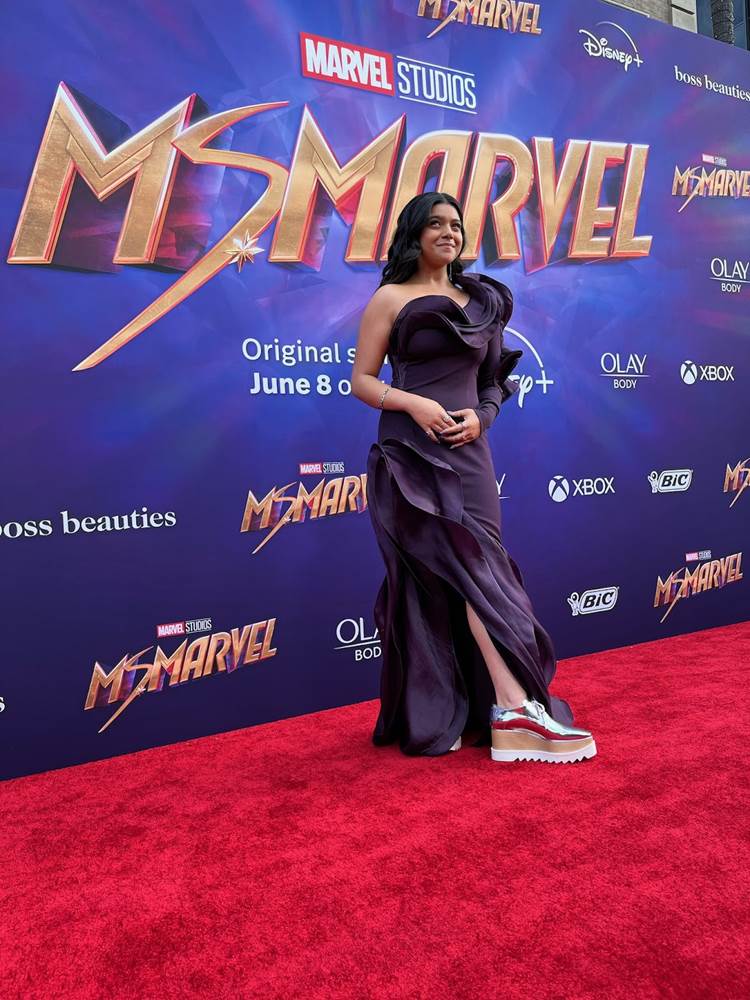 Ms. Marvel herself, Iman Vellani, had all eyes on her as she took the red carpet in this dress. The newest Marvel star is here and she’s here to stay. 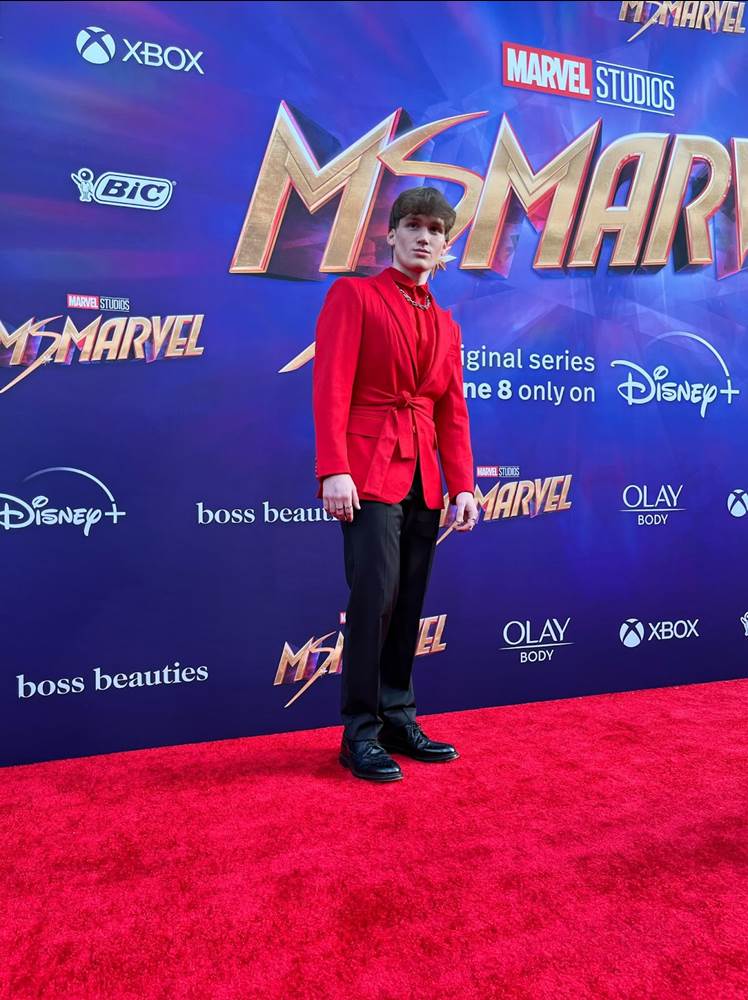 Every superhero needs a nerdy best friend. Matt Lintz, who plays Bruno in the series, showed up matching that Ms. Marvel red and in a suit like that, this is one Bruno we definitely do talk about. 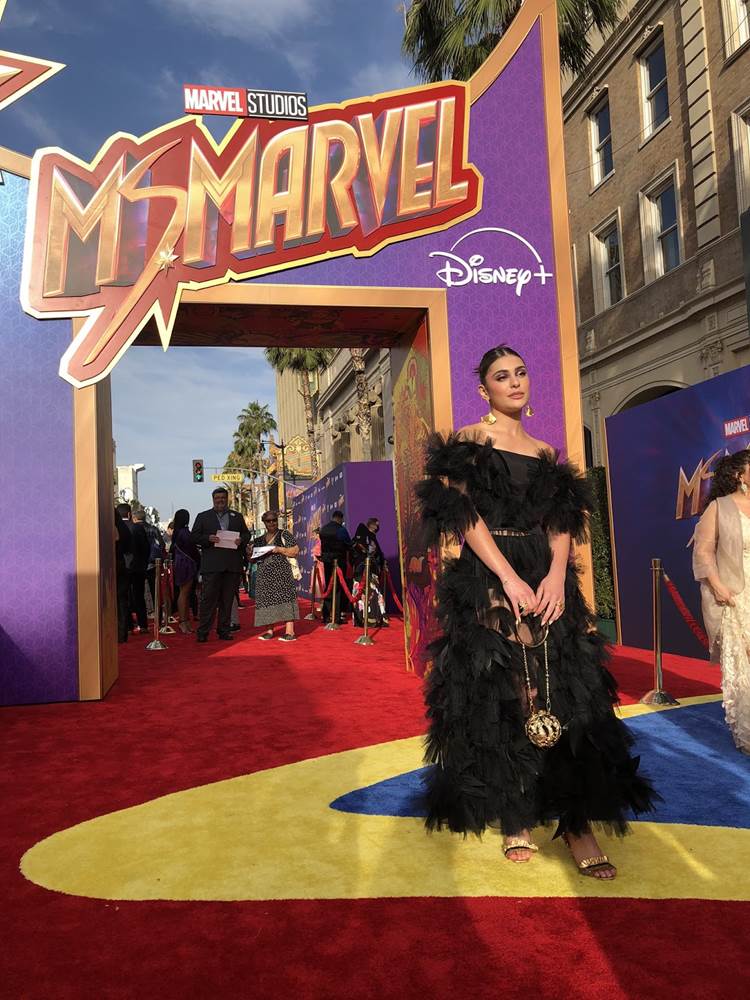 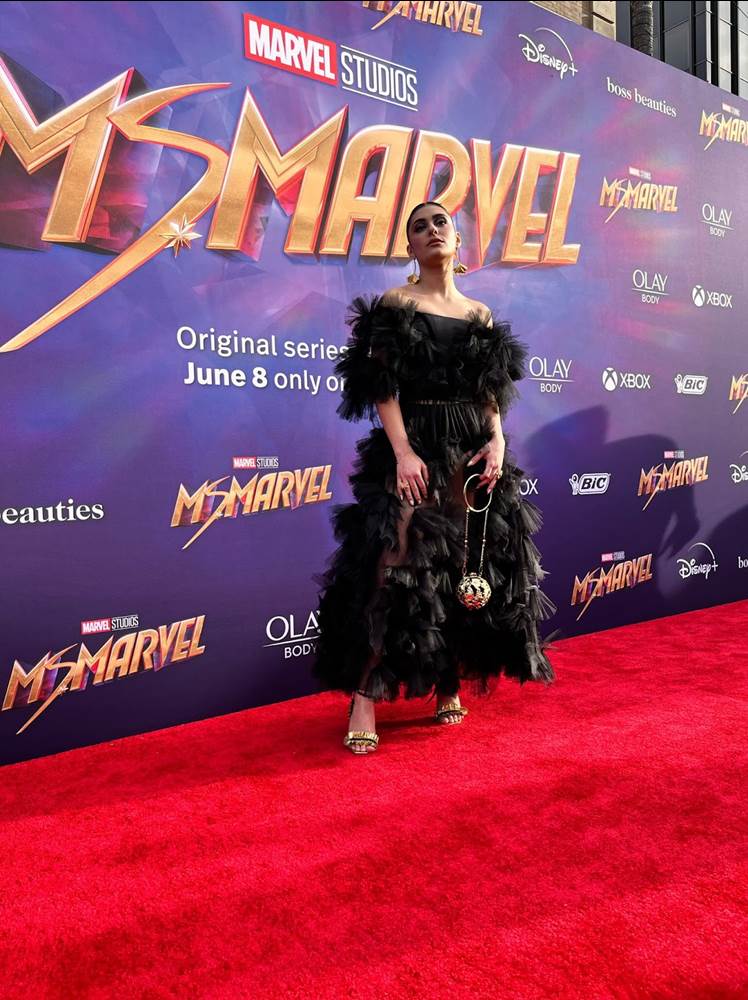 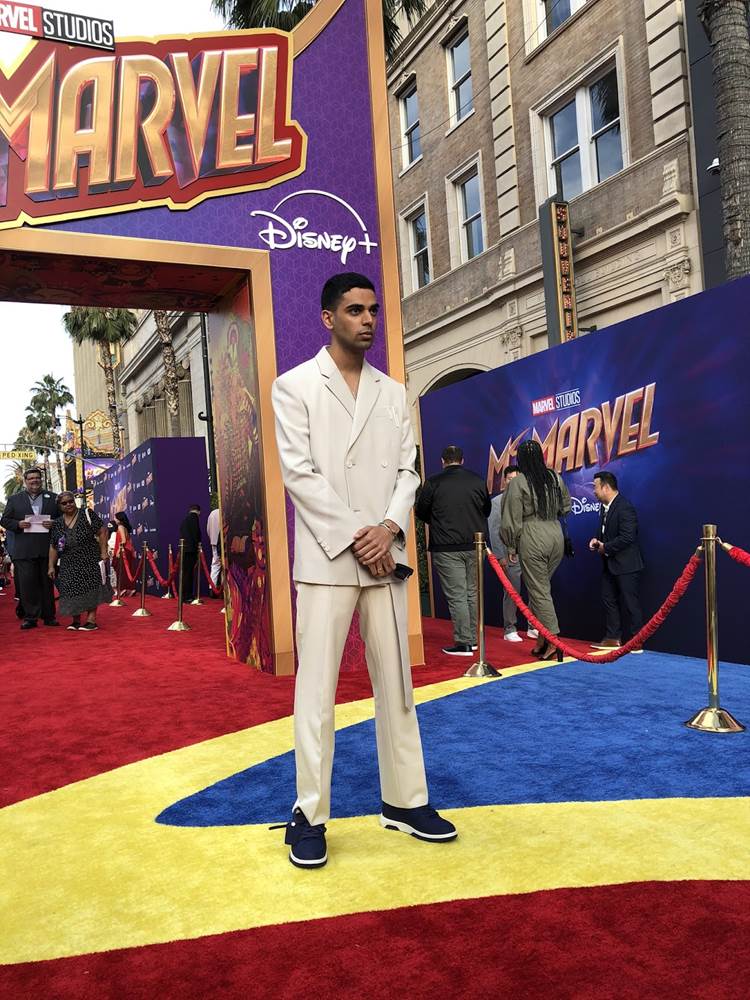 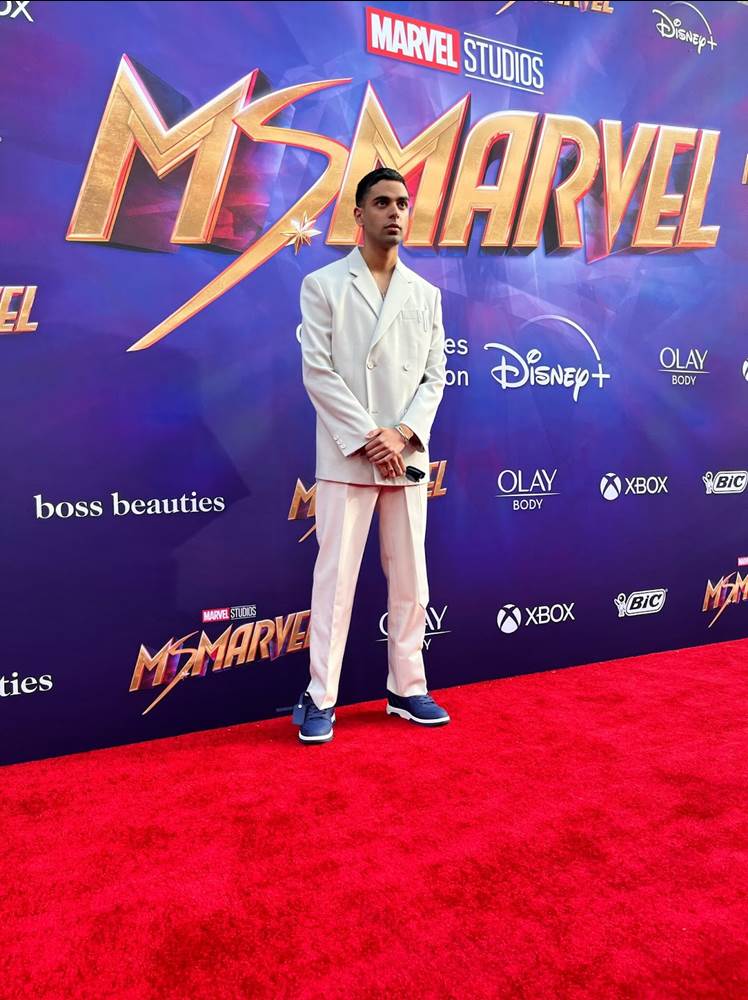 Rish Shah, who plays the mysterious Kamran, showed up in style as well. And speaking of mystery, Aramis Knight, who plays a character we don’t know much about just yet, also showed off quite a look. 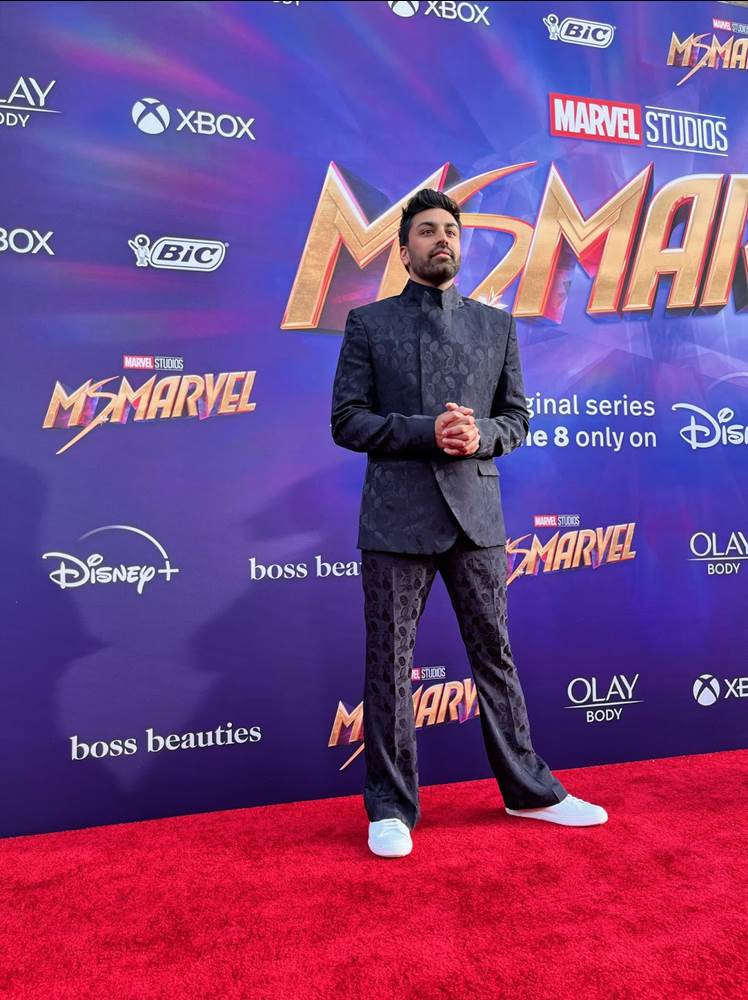 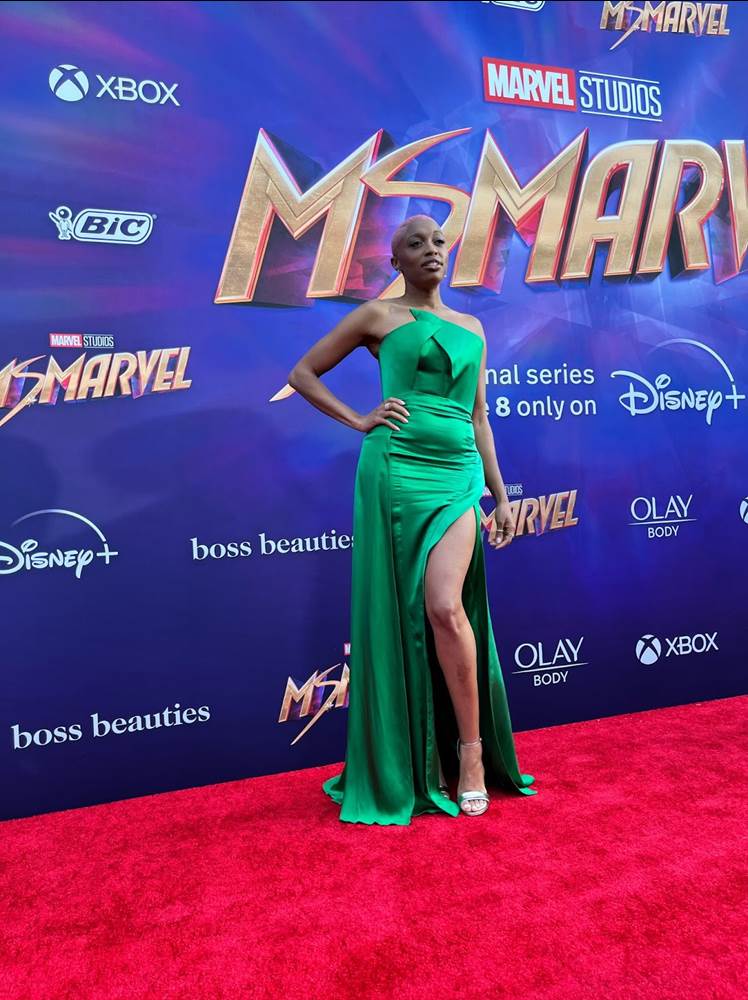 As for Kamala Khan’s family, Saagar Shaihk, who plays her brother Aamir, showed off some serious style as well, but he might have been outdone by his on-screen fiance, Tyesha, played by Travina Springer. Kamala’s parents, Muneeba and Yusuf Khan, played by Zenobia Shroff & Mohan Kapur, also turned some heads on the carpet. As for a character who is not so friendly to Kamala, Zoe, played by Laurel Marsden, showed up in something a bit more impressive than her Captain Marvel cosplay. Stepping outside of the Ms. Marvel family and venturing into the multiverse, America Chavez herself, Xochitl Gomez, stole the show on the red carpet.