If words speak to the mind, and music speaks to the soul, what happens when words and music combine? Musicians and songwriters of the world explore this space, and in the process create memorable art that speaks to the heart. 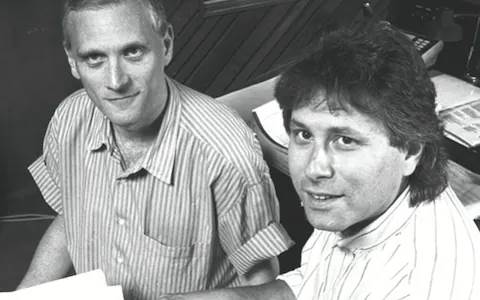 In one of the most prolific periods of creation in animation history, Howard Ashman’s lyrics pollinated Alan Menken’s music. The pair gave a mermaid her voice, a crab his symphony, a beast his soul, and a potted plant the chance to rule the world. Come learn more about the ten-year partnership between these Disney Legends that produced an unforgettable string of pieces which are mainstays in any Disney songbook.

Howard Elliott Ashman was born in Baltimore, Maryland in May 1950. Growing up in a household full of music, Ashman adored theater, and he decided at an early age that theater would be his lifelong passion. He was so dedicated to the performing arts that he directed backyard musicals and performed at his sister’s birthday parties. Ashman started formalizing his performing education at age six, as part of the Children's Theater Association (CTA), where he spent virtually every Saturday morning of his life learning dramatics and rehearsing plays.

In college, Ashman first studied at Boston University, then finished his undergraduate degree at Goddard College (with a stop at Tufts University's Summer Theater). He went on to earn his master's degree from Indiana University in 1974. For his Graduate Master’s Thesis, Ashman wrote the book and lyrics for a children’s musical based on the Hans Christian Andersen story, The Snow Queen.

Ashman never got married, as same-sex marriage was not legal during his lifetime. He met Stuart White, one of his first partners, at a summer university program in 1969. Originally close friends, the two formed a bond which led to a secret relationship.  They both completed Master's degrees at Indiana University and then moved to New York.

In 1974 Ashman began work as an editor’s assistant for a book publishing company – Grosset & Dunlap. While this position paid the bills and offered a career opportunity, Ashman worked tirelessly outside his “nine-to-five” job, writing plays and dreaming big. His first two plays, Cause Maggie's Afraid of the Dark and Dreamstuff, were met with mixed reviews. But he was writing and producing plays in New York – no small feat for anyone in such a competitive market. 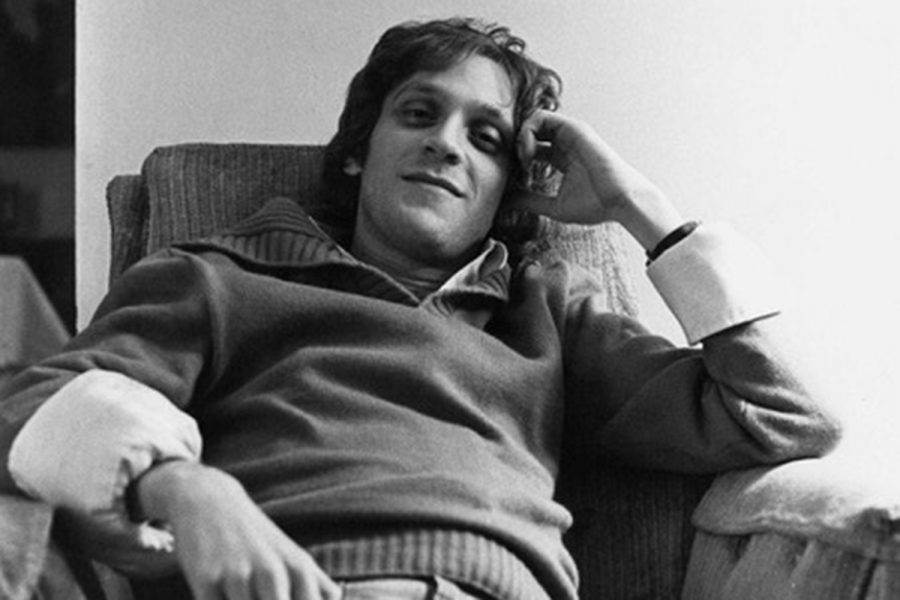 In 1977 Ashman and White re-opened the Workshop of Players Art (WPA) Foundation Theater in New York, where they worked together as artistic directors. Ashman met future collaborator Alan Menken at the Broadcast Music, Inc. (BMI) Musical Theatre Workshop, where the two began what would begin a remarkably successful partnership in musical entertainment.

Alan Irwin Menken was born in July 1949 in Manhattan – the heart of New York City. Much like his future collaborator Howard Ashman, Menken grew up in a family full of music and entertainment.  His father was a dentist by day, and a boogie-woogie piano player by night. His mother was an actress, dancer, and playwright. It’s easy to see why Menken developed an interest in music at an early age, taking piano and violin lessons, and even composing his own pieces. At age nine, Menken won a “Superior and Excellent” rating at the New York Federation of Music Clubs Junior Composers Contest for his composition Bouree. 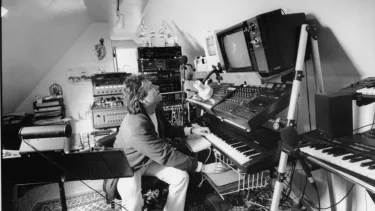 Menken attended high school in New Rochelle, New York, and graduated in 1967. He then enrolled at New York University, where he graduated with a degree in musicology in 1971 from the university's Steinhardt School. After graduating, Menken's plan was to become either a rock star or a recording artist. But his interest shifted to writing musicals when he joined the BMI Musical Theatre Workshop. Menken’s path wove perfectly into his budding professional relationship with Howard Ashman.

In 1979, after a string of writing and directing successes, Ashman acquired the rights to create a musical based on Kurt Vonnegut’s beloved novel, God Bless You, Mr. Rosewater. He chose Menken to write the music for the production. The venture was a hit, and enjoyed a successful off-broadway run in New York.

Following Rosewater, the duo began work on a musical based on the life of Babe Ruth.  After completing several songs for what was tentatively titled Babe, they tabled the project and began working on a musical based on one of Ashman’s favorite movies – an odd cult film about a man-eating plant. Little Shop of Horrors opened at the WPA Theatre in 1982. It was an immediate hit, and moved to the larger Orpheum Theater, where it celebrated a five-year run. The play won numerous awards and set a box-office record for highest grossing Off-Broadway show of all time. A film version of the musical, with screenplay by Ashman and music by Menken, won a Drama Desk Award for Outstanding Lyrics, and was nominated for an Academy Award for the song "Mean Green Mother From Outer Space."

On the strength of the success of Little Shop of Horrors, Ashman and Menken were hired by Walt Disney Studios to contribute to some of the animated projects in development. It started small, with Ashman brought in to co-write a single song – "Once Upon a Time in New York City" – for the 1988 film Oliver & Company. The next film in development was 1989’s The Little Mermaid, Disney's first fairy tale film in 30 years. Ashman, along with Menken, wrote all of the songs and music for the film. The music earned two Golden Globe nominations and three Academy Award nominations, including two each for "Kiss the Girl" and "Under The Sea", with the latter winning both awards. The heart, technical achievements, and blockbuster success of The Little Mermaid ushered in a new era of Disney animation, now known as the “Disney Renaissance.” 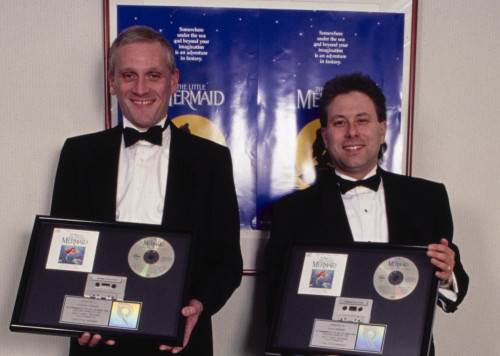 While working on The Little Mermaid, Ashman pitched the idea of an animated musical adaptation of Aladdin to Disney. Ashman and Menken wrote a group of songs and a film treatment, with the intention for Disney to pick up the idea and the duo to write and score the music. But Disney had a more urgent issue to fix. They needed Ashman and Menken to help save the beleaguered production Beauty and the Beast, which was failing to find itself as a non-musical. Ashman, wishing to focus on Aladdin and his declining health, reluctantly agreed.

After basking in the glow of their Academy Award wins for The Little Mermaid, Ashman revealed to Menken that he was sick and had tested positive for HIV, which had accelerated to AIDS. His health was starting to steadily decline due to the illness, putting what felt like a timeline on any magic Ashman could continue to create. Despite his illness, Ashman completed lyrical work on Beauty and the Beast and initial work on Aladdin.

On the morning of March 14, 1991 – two months before his 41st birthday – Howard Ashman died from heart failure caused by AIDS. At the time of his death he weighed only 80 pounds, had lost his sight, and could barely speak. A voice that spoke so eloquently through song was lost forever.

The Show Goes On

The loss of Howard Ashman weighed heavily on Alan Menken and many more at the Walt Disney Studios. But the show always goes on, and production on Aladdin continued. Menken collaborated with Tim Rice, who was then working on The Lion King, to progress the music in the film. Out of the sixteen songs written for Aladdin, three of Ashman's songs ended up in the finished film, including “Arabian Nights”, “Friend Like Me”, and “Prince Ali”. Menken and Rice won an Academy Award and a Grammy Award in 1992 for Best Song for "A Whole New World." Menken also won an Academy Award for Best Score. 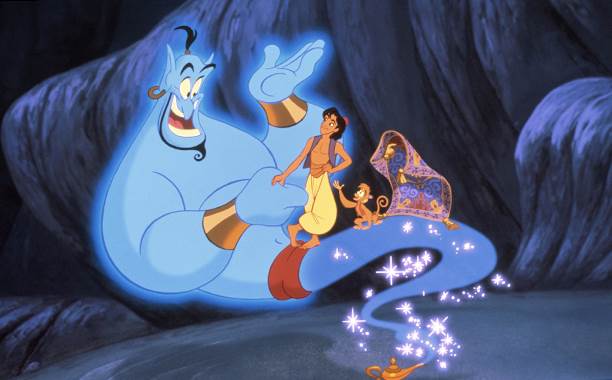 The completion of Aladdin closed the book of a decade-long partnership between Alan Menken and Howard Ashman. Following Ashman’s death and the completion of their shared projects, Menken continued on to earn a successful Disney career in his own right. Menken worked with lyricist Jack Feldman to create the live-action musical film Newsies, which was released in 1992.

After that, three more animated musical films followed. Menken collaborated with Stephen Schwartz on 1995’s Pocahontas, for which the two won two Academy Awards, for Best Song (“Colors of the Wind”) and Best Musical or Comedy Score. In 1996, the same musical team created the songs (and Menken, the score) for The Hunchback of Notre Dame. In 1997, Menken reunited with an earlier collaborator, David Zippel, for his last film in the Disney Renaissance era, 1997’s Hercules.

In 1994, Menken helped adapt Beauty and the Beast to the Broadway stage. The production felt like a love letter to former collaborator Howard Ashman. By the time the show closed in 2007 it had fittingly become the eighth-longest-running musical in Broadway history.

Truly a “Tale As Old As Time”, Beauty and the Beast was revisited once again. In March 2017, Disney released a live-action version of the film, with reimagined songs from the 1991 film and new material by Menken and Tim Rice.

The magic of Aladdin also reappeared as a 2019 live-action version, with Menken collaborating with Benj Pasek and Justin Paul on writing new songs for the film.

Currently, Menken is working on new music for yet another live-action film adaptation of an Ashman-Menken classic, The Little Mermaid. Lin-Manuel Miranda, a longtime fan of The Little Mermaid, will work with Menken on music and songs for the film. 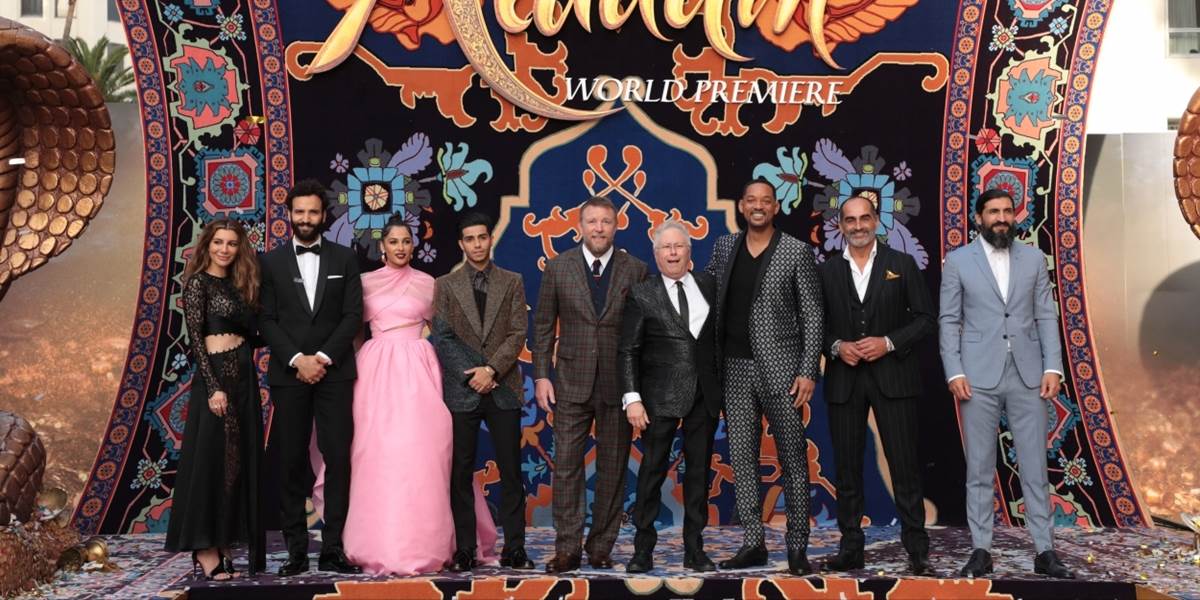 Menken will also be revisiting two of his post-Ashman projects, writing new songs for Disenchanted – a sequel to 2007’s Enchanted, as well as a live-action remake of 1996’s The Hunchback of Notre Dame, which Menken will score. 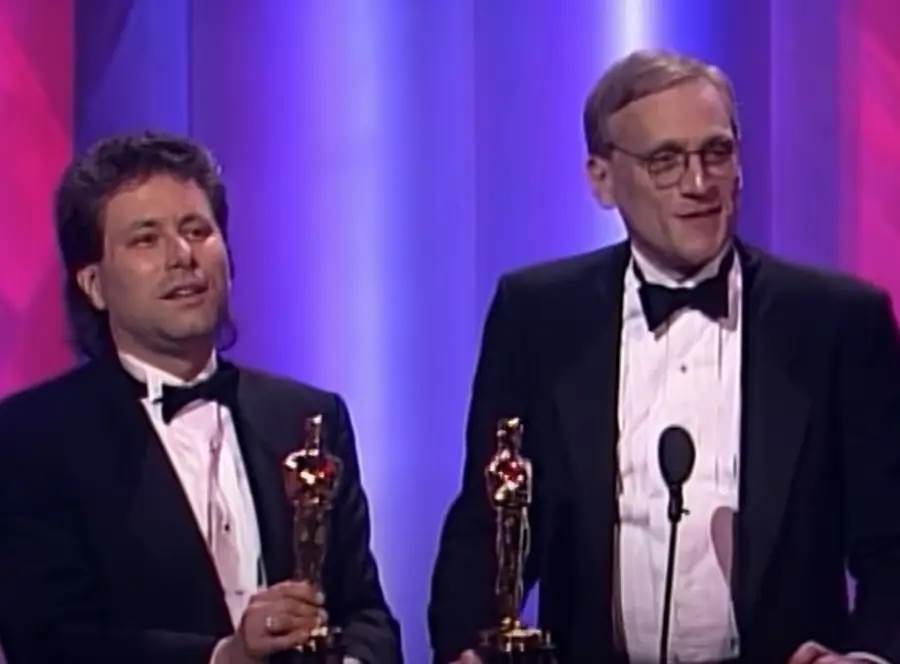 Ashman has received countless other performance awards and recognitions, going back to Little Shop of Horrors. Menken has won a total of eight Academy Awards, tying him with Edith Head for third in wins behind composer Alfred Newman (nine wins) and Walt Disney (22 wins).

Menken has also won 11 Grammy Awards, a Tony Award, and a Daytime Emmy Award, among many other honors.

Howard Ashman and Alan Menken were both honored as Disney Legends in 2001. Menken was able to accept his honor in person, and Ashman received his award posthumously.

Ashman’s time was cut way too short. Ashman’s limited words and lyrics spoke volumes, and Menken’s music set the tone. “Howard’s lyrics,” as Menken later recalled, “would wink at the adults and say something to the kids at exactly the same time.”

Menken continues to produce score after score of stunning music, and one can’t help but feel a little bit of the Ashman-Menken magic in every piece he writes.

Did you realize just how many films Howard Ashman and Alan Menken brought to life with their music and lyrics? Reach out here with a comment, or find us on social and start a conversation.