Samina Kermalli, a business support manager for Disney, has dreamed of seeing a Super Hero who looks like her since she was a teenager. On June 8th, that dream came true when Samina, a Pakistani American, met Ms. Marvel at Avengers Campus in Disney California Adventure. 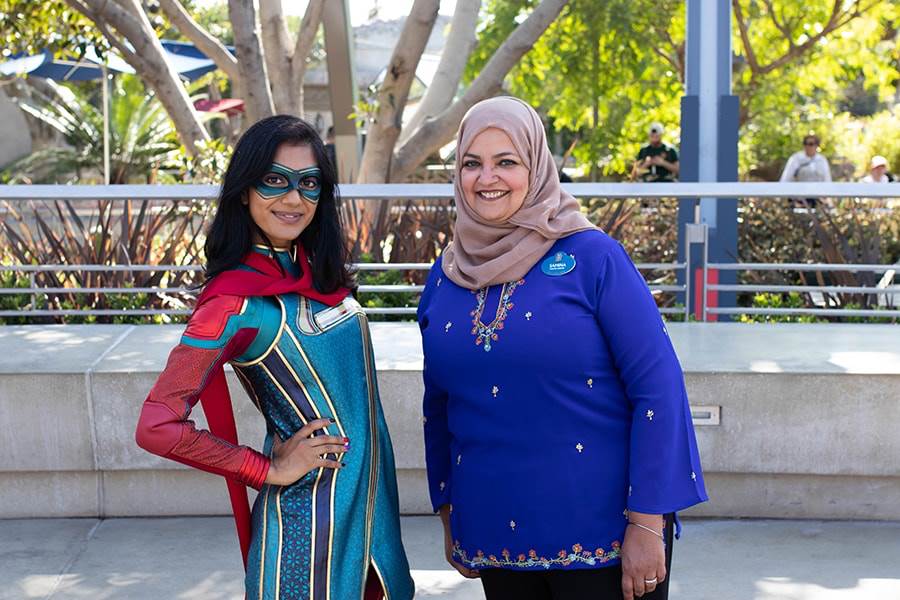 “I can’t wait to tell my granddaughters, ‘I met Ms. Marvel, who is a Muslim just like you.’ I can tell them they can be anything they want, and they will believe it because they see that representation on screen,” said Samina, a member of Disney’s SALAAM Business Employee Resource Group (BERG), which advocates for Muslim cast and employees.

Samina and fellow Muslim cast members Ahmed and Sana had a photo opportunity with Ms. Marvel on her first day in the land to celebrate the representation of a Muslim Super Hero, as well as the debut of the new Disney+ series named for her.

“As a minority, we often accept that we don’t have that representation, and I never related to anything I saw in media,” said Samina. “I never even imagined that this [representation] would happen in my lifetime and while I’m here at Disney. I’m so happy.” 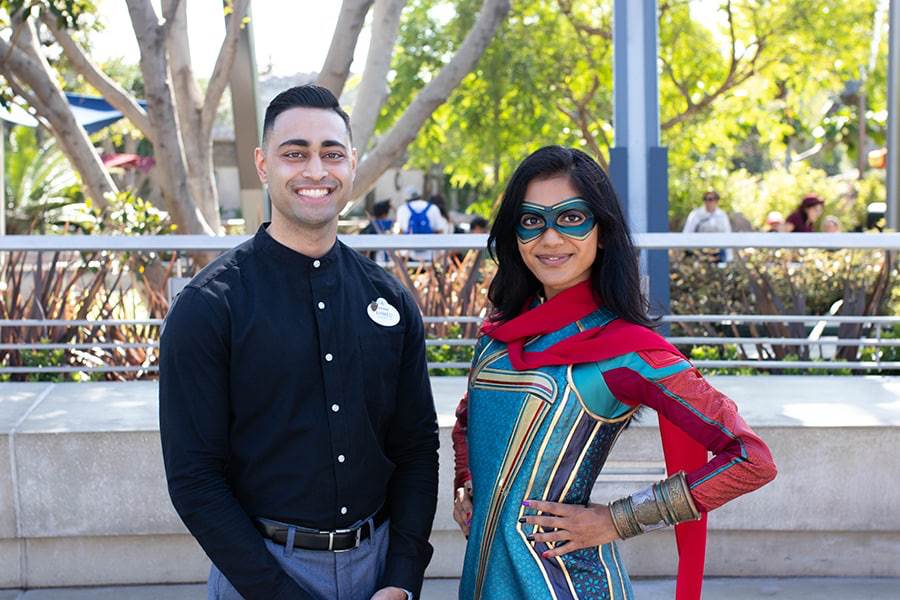 Ahmed, an Indian Muslim, relates to all the little details throughout the Ms. Marvel series. “The language and activities like praying are all represented in the show and in my day-to-day life… To see this powerful woman figure be celebrated is an inspiration and really important.” 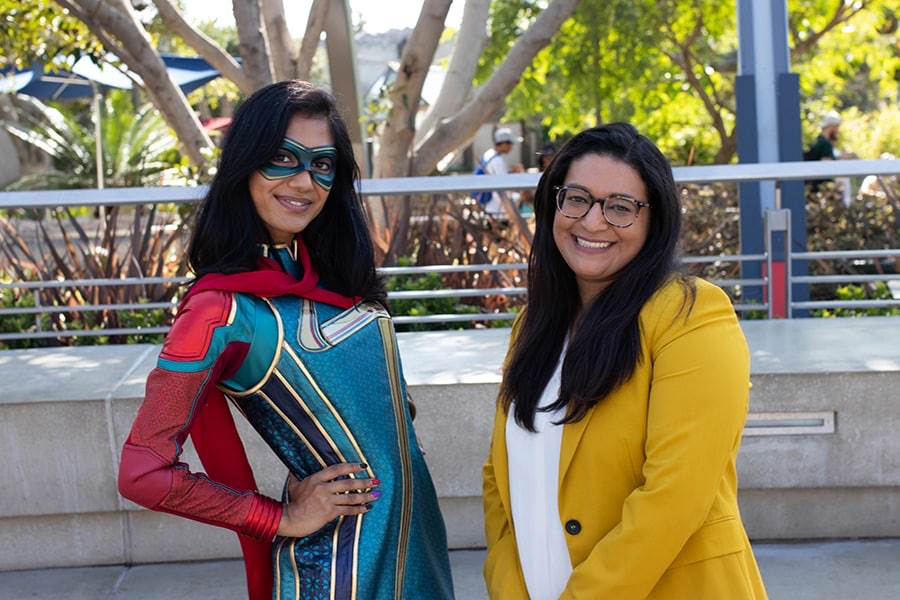 “My parents and I are from Pakistan, and it’s amazing to see Ms. Marvel wearing a dupatta, or scarf,” said SALAAM BERG member Sana Siddiq of Disney Consumer Products. “There are a lot of people whose lives would change to see Pakistani Muslim representation on screen and in person.”

“When I was younger, I didn’t have this representation,” said Sana. “It’s a game-changer to have Ms. Marvel here and important for our community to see her.”

Check out our video of Ms. Marvel in Avengers Campus below, which features the three Cast Members meeting with Marvel’s newest Super Hero: