Now that Father’s Day has arrived, RSVLTS (The Roosevelts) is returning to the Star Wars universe with a new collection inspired by bad dad, Darth Vader (and a few other pals). This new Star Wars collection is impressive, most impressive and features elements of Vader’s story from the original trilogy and Revenge of the Sith. 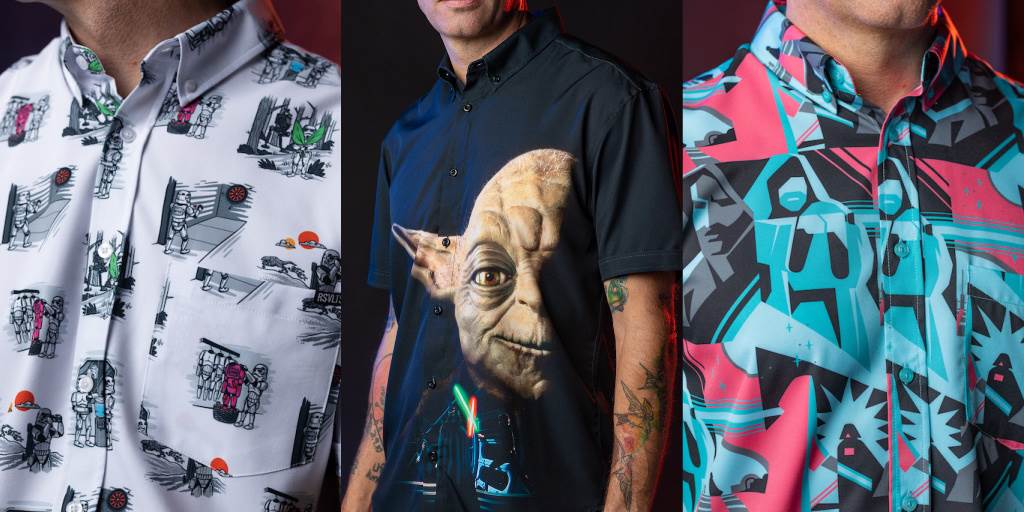 Disney fans who’ve been following Laughing Place know that when it comes to fashion, one of our go-to brands is RSVLTS. Not only are their clothes comfortable and super easy to care for, but they’re really cool! In celebration of Father’s Day, they’ve unveiled a new Star Wars collection that’s all about the best villain in the galaxy. The Skywalker Saga is an important story in the world of Star Wars and while there are many key players to focus on, RSVLTS is turning their attention to one of the biggest names in the series: Darth Vader FKA Anakin Skywalker! But his story isn’t complete without such characters as Obi-Wan Kenobi, Stormtroopers, and even Yoda who help to round out the collection. 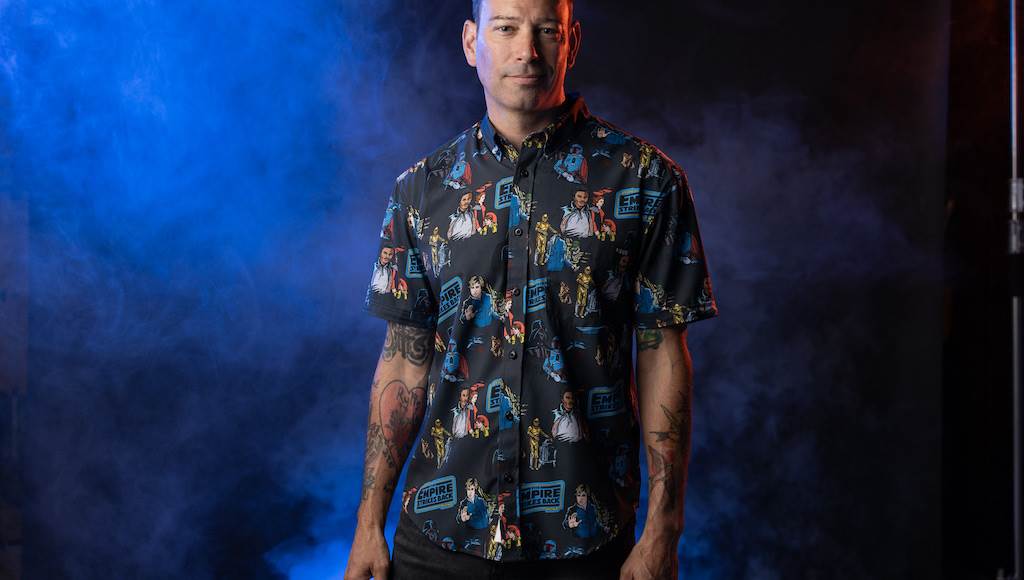 The assortment of designs span RSVLTS’ traditional button down tees ($70) as well as must-have koozies ($6) so fans can show their love for the fandom in the way that best suits them.

Journey to The Darkside

This pattern highlights key moments from Anakin’s story that led to his total evolution to Darth Vader. Here he’s depicted as both sides of himself with loyalty to the Republic and Empire. Designs feature him fighting Obi-Wan on Mustafar and exercising his power as Vader. Available in traditional Kunuflex. Darth Vader is menacing and driven and has one of the scariest looks in all of science fiction. This shirt offers a dark pattern with small icons styled after Vader’s chest piece and breathing apparatus, complete with red lights and buttons for just a pop of color. Available in traditional Kunuflex button downs and koozies. 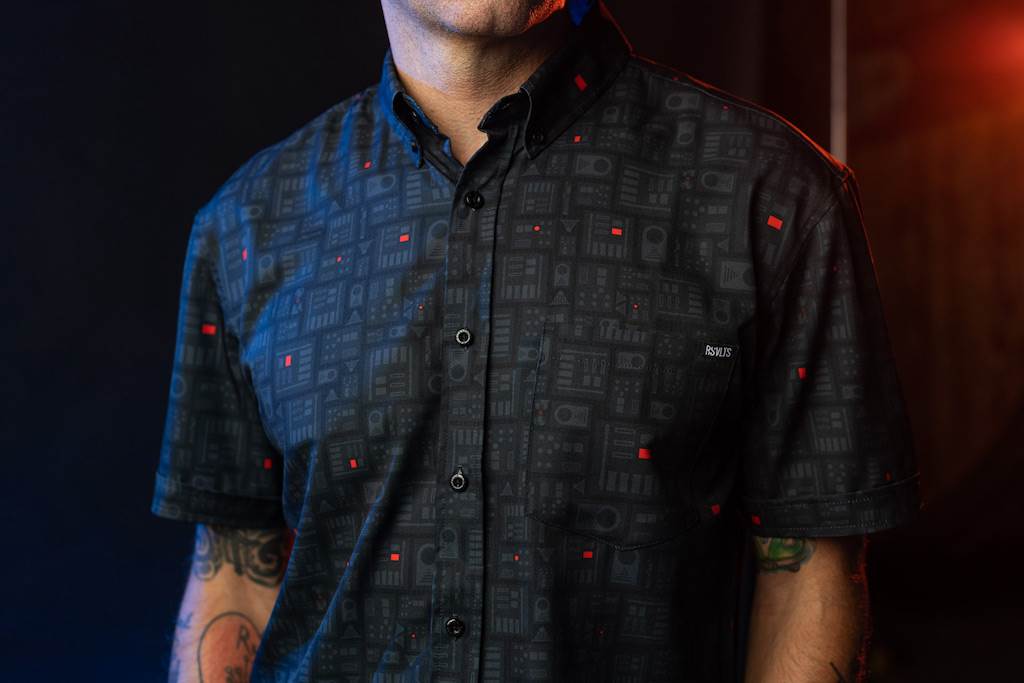 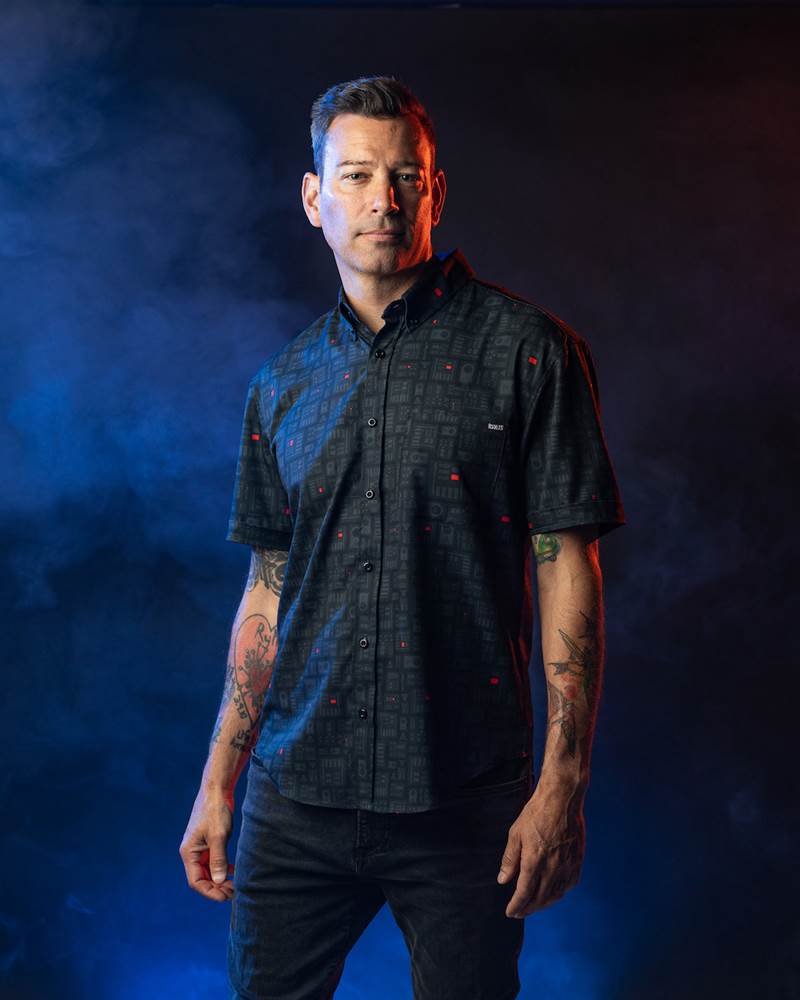 Obi-Wan and Anakin have quite the history, first working together as Master and Padwan until Anakin turned on his teacher. This teal and red shirt emphasizes their lightsaber colors and features sharp graphics representing their characters and iconic moments in their story. Available in traditional Kunuflex button downs and koozies 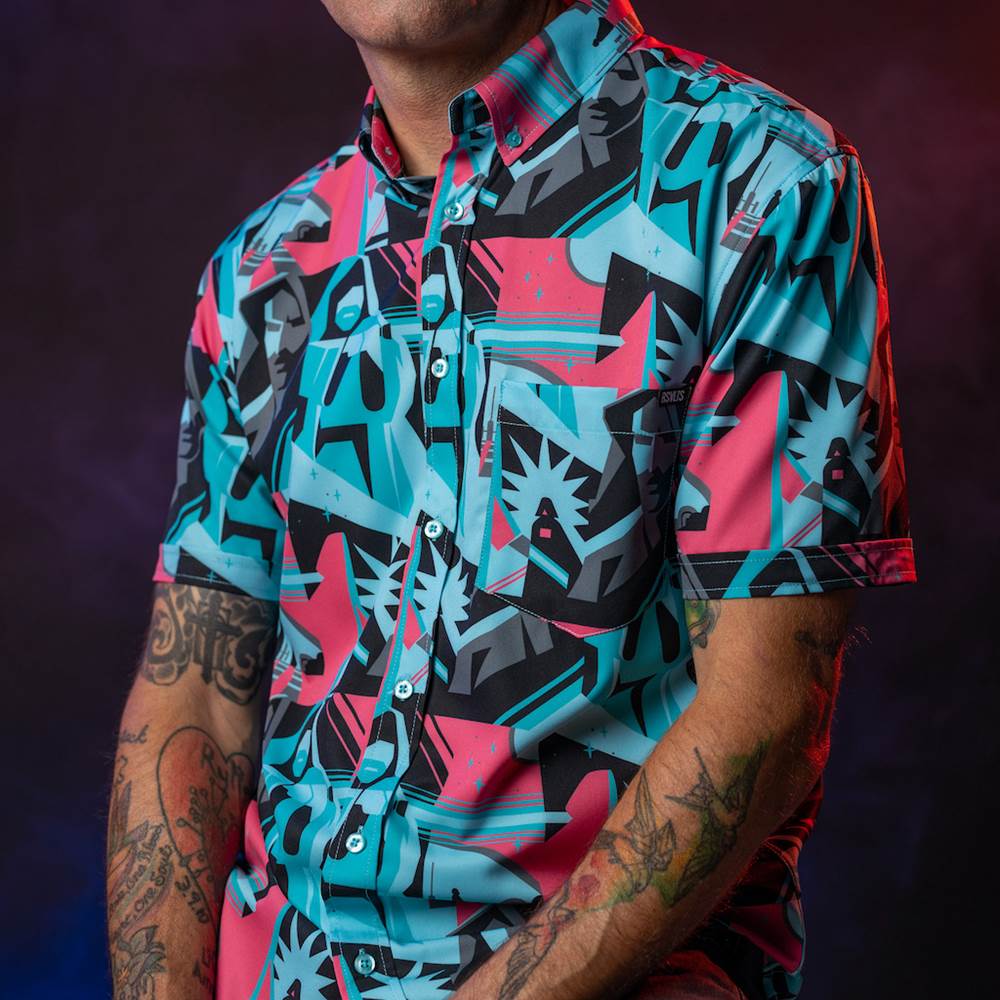 Do or Do Not – available in traditional

Cue the nostalgia! Star Wars fans of a certain age will immediately recognize this design as the VHS cover of Return of the Jedi. Here Yoda gives a sagely smile knowing that there’s hope for the Rebellion after all. Meanwhile Luke and Vader battle it out with lightsabers before the Emperor. Ahh! We love it! The print is available in traditional Kunuflex button downs. Moving on from Vader (kinda) comes this retro Empire Strikes Back design that gives great attention to Lando Clarissian, Luke Skywalker and Boba Fett. Don’t worry, mixed in amid the movie logo are images of Leia, Han, Chewbacca, R2-D2, C-3PO, Yoda…are we missing anyone? Available in traditional Kunuflex button downs and koozies. 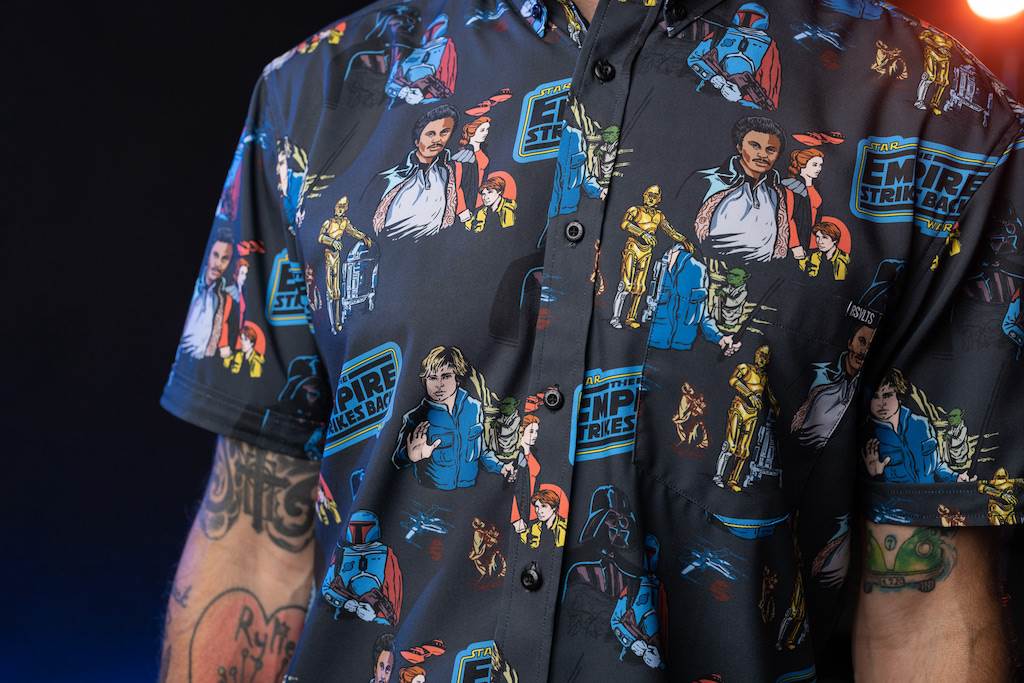 RSVLTS is having a bit of fun with this design and title that’s a play-on-words to complement last year’s Stay On Target. This time it’s a common pop culture nod to stormtroopers’ well known blaster fire ineptitude when it comes to hitting their targets…. Available in traditional Kunuflex button downs. 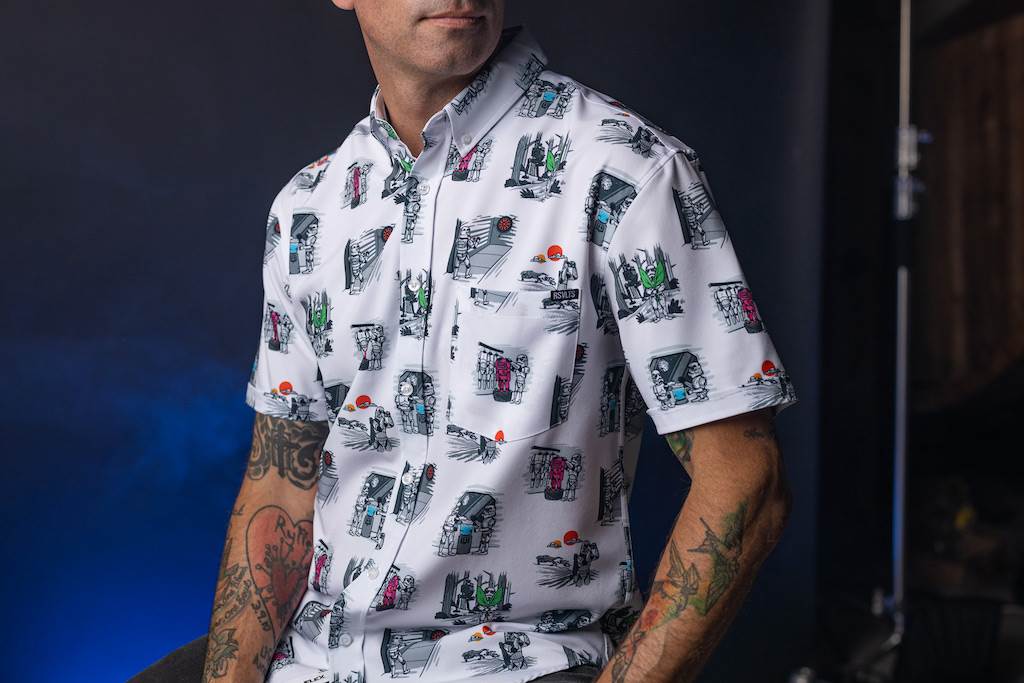 The Star Wars x RSVLTS collection launches June 19th at 4pm ET. The new patterns are available for traditional button downs and koozies. Prices are $6 for koozies and $70 for button downs..