Whether you got to go to a Grad Nite at Disneyland when you finished high school or not, it was a night to celebrate during Disneyland After Dark: Grad Nite Reunion. This special hard-ticket event hosted inside Disney California Adventure Park debuted on Thursday, June 23rd, with encore events scheduled for June 28th and 30th. Like with most Disneyland After Dark events, one of the big draws is the opportunity to meet some rare and obscure Disney characters. It wouldn’t be school without a professor, so please rise for Professor Ludwig Von Drake! Guests could also mingle with a few recent graduates, like Mickey, Minnie, Donald, Daisy, and Goofy! 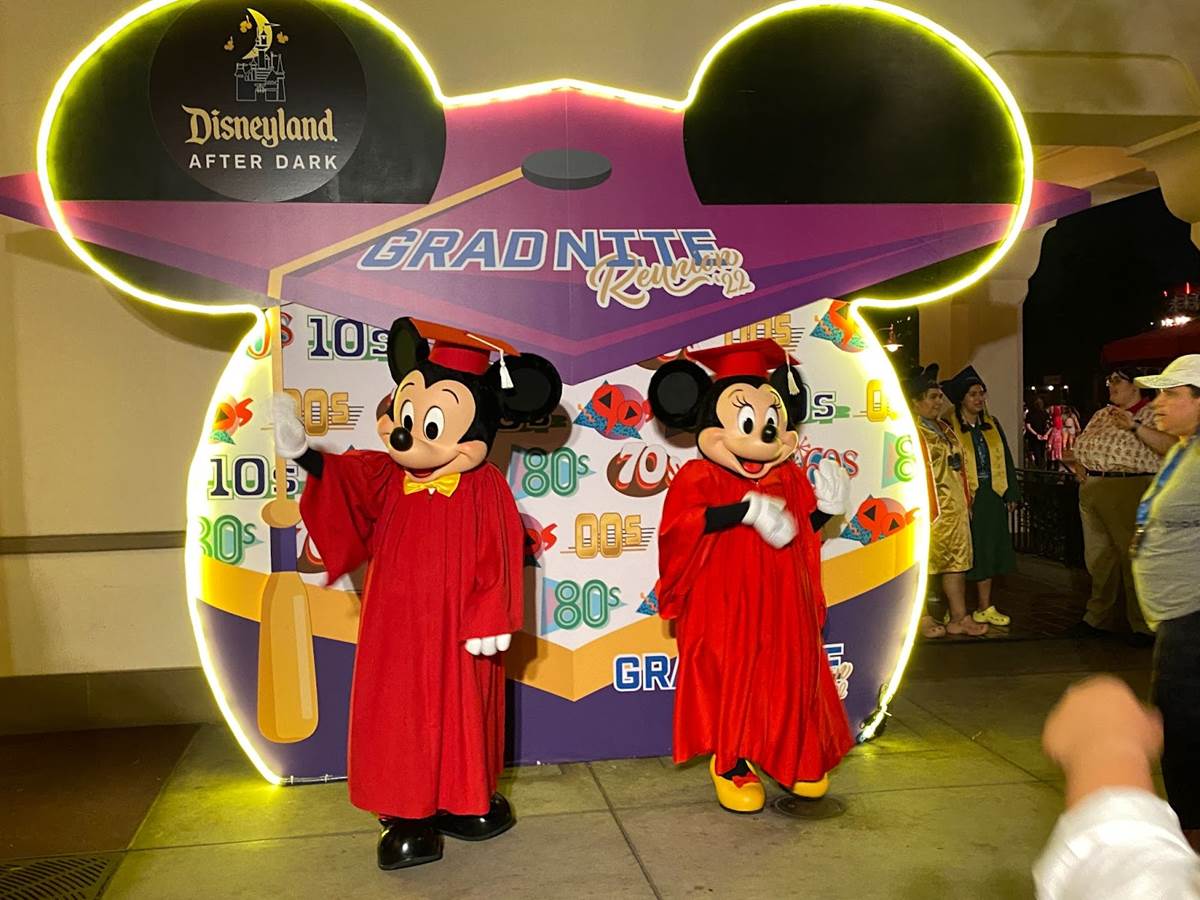 Ready for art class? Class is in session with Marie, Toulouse, and Berlioz from The Aristocats. If you got in trouble, it’s off to detention with some Disney Villains like Cruella de Vil and Gaston. Over in Pixar Pier, Monsters University is also celebrating graduation! Somehow Mater graduated, but we have yet to see a university in Carborator County, so it’s possible that this is yet another one of his tall tales. One of the big draws of the night was a Pep Rally cavalcade celebrating the 6 decades that Disneyland has hosted Grad Nites. The parade included different looks for Mickey and his pals, including Minnie Mouse’s “Totally Minnie” outfit and Goofy’s son Max dressed as Powerline from A Goofy Movie. You can watch the full video right here. 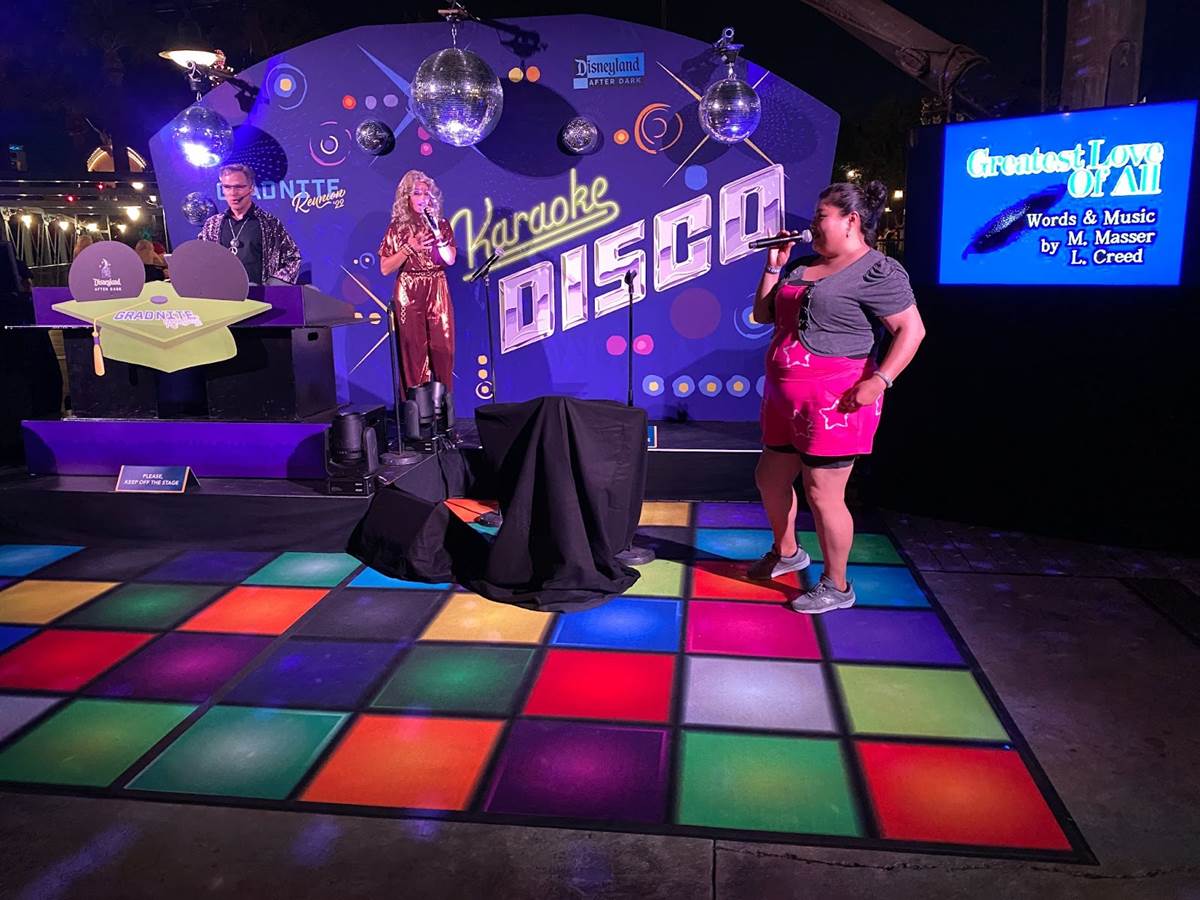 And dance lessons were offered in Cars Land. Additional entertainment offerings included the return of Disneyland staple Suburban Legends, performing a wide range of Disney songs, from Ducktales to the theme song from The Golden Girls.

Hollywood Land also became a party zone, like it was a decade go for events like ElecTRONica and Mad Tea Party.

The Hollywood Land party is getting kinda crazy. #GradNiteReunion pic.twitter.com/vcTWeTVIxx

A special Magic Key photo op was also part of the event, with a green screen and props leading to a print-out photo booth card. Disneyland After Dark: Grad Nite Reunion will be repeated on June 28th and 30th. Stay tuned to LaughingPlace.com for more coverage from the happiest place on Earth.