‘School’s Out for the Summer’ concludes with a riveting tale of a student making his way through the first year of a prestigious school. This week James Franco tries to survive his Plebe year in Annapolis. 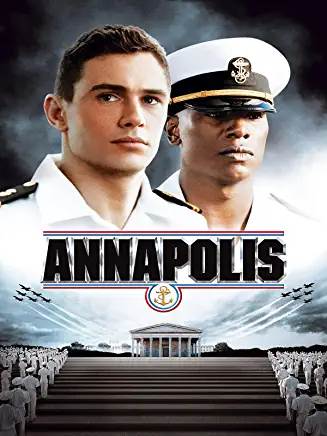 Jake Huard is a directionless youth, who spends his days working at the shipyards with his dad. Wanting more than just riveting pieces of metal together, Jake applies to the Naval Academy, and after a visit from Lt. Hutton, Jake is accepted on short term notice.

At the academy Huard bonds with his fellow first years ‘Plebes’ as they all struggle to survive the harsh first year. Their instructor Cole is tough task master who shows no mercy. Cole’s insistence on strict discipline and authority rubs Huard the wrong way.

With the help of Ali, his fellow Plebes, and a determination for success, Jake throws himself into raising his grades and practicing for the boxing championship. If all goes well Jake will be able to face Cole in the championship round where the Plebe will have a chance to beat on his tyrant of a leader.

Jake is successful, and as he enters the ring to face off against Cole, where rank doesn’t matter, will he have the strength and ability to prove to Cole, the audience, and himself, that Jake Huard belongs in the Naval Academy? There is a lot riding on this match.

Tyrese Gibson as the tough talking, dominating Cole couldn’t have been better cast. Gibson has an aura of authority and the stare of a monster. He inhabits this role with a genuine spark of anger that is so needed to show the difference between Cole and Huard. I would gladly watch a sequel that featured Cole as the lead character.

Jordana Brewster gets a difficult task in the sort of girlfriend role for Huard. Unlike other films, Brewster is allowed to make this part unique. We don’t need Huard to save Ali or help her. In fact, it’s Ali who ensures Jake survives Plebe year. Ali is strong, confident, and doesn’t need Jake for anything. I liked seeing the role reversal, where without Ali, Jake doesn’t stand a chance.

The film is impressively shot with great visuals that helped to tell the story as much as the acting. Justin Lin who would go on to great acclaim for his Fast and the Furious movies is a talent and showed some of those early skills with Annapolis.

James Franco is in every scene. If you are still bothered by the allegations against him and what he has admitted to, then this is a movie to skip.

The story of a Plebe trying to make it through the Naval Academy is nothing new. It’s been done countless times before, and this film uses many cliches to help fill the narrative gap.

Annapolis is not breaking any new ground. The numerous cliches that riddle the film, show how this story has been done multiple times with a variety of actors. While critics lampooned the film for its faults, I was quite surprised with how much I liked Annapolis.

It’s not like the film will be remembered for its stellar script. However, amongst a slew of films that are forgotten, an occasional hidden gem with faults, will come through. If you are looking for an action-packed school-based story, then you have come to the right place.

Annapolis isn’t a perfect movie, but it gets a 3 Reels rating for its silliness, action packed story, and the ice-cold death stare of Tyrese Gibson. What more could anyone want.

Next week, it's Shadow Conspiracy with Charlie Sheen. He plays the special assistant to the president and discovers a conspiracy within the ranks of the government.