We’re sad to share that ESPN NFL reporter and handicapping expert Hank Goldberg has passed away on his 82nd birthday. ESPN shared the news this morning after confirming the reporter’s passing after years of treatment for chronic kidney disease. Goldberg was a staple of ESPN’s NFL coverage for more than two decades. 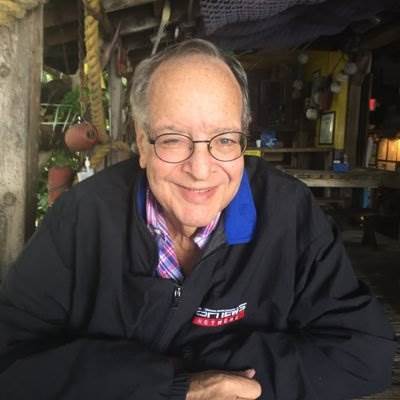 Born on July 4th, 1950 in Newark, New Jersey, Hank Goldberg developed a love of sports from his father Hy Goldberg, a sports columnist for the Newark Evening News. Through accompanying his father to Yankees spring training in St. Petersburg, Florida, young Hank became friends with baseball legend Joe DiMaggio. Hank began sports reporting at a young age for both the local South Orange Maplewood News-Record and for The New York Times while studying at New York University. After graduating, Hank served in the Army Reserve and began a career in marketing, which took him to Miami, Florida.

In 1978, Hank Goldberg left marketing behind to return to his first love, sports journalism. Starting as a sports talk show radio host in 1978, Hank eventually transitioned to on-air coverage for local stations. He became so prominent in the Miami market that he was nicknamed “The Hammer” and “Hammerin’ Hank” for his flair of hitting a gavel when in disagreement with a cohost. From 1972, he was the radio analyst for the Miami Dolphins and became close friends with coach Don Shula.

The 1993 launch of ESPN2 brought Hank Goldberg to the network as a member of the NFL Countdown team. Famous for his handicapping and prognostication, Hank was also a staple of ESPN’s Super Bowl coverage, where he would go to the sportsbook at Caesars Palace in Las Vegas and be treated like the Roman emperor, carried in by centurion guards and fanned by Cleopatra girls. A fan of horse racing, Hank Goldberg also analyzed Triple Crown races on SportsCenter. His last appearance on ESPN was in May when he did a phone interview from the Kentucky Derby.

Hank Goldberg moved to Las Vegas in 2018 and passed away in his apartment on the morning of his 82nd birthday. He is survived by his sister Liz Goldberg. Our hearts go out to his family, friends, and fans during this difficult time.