The Howard Johnson Anaheim Hotel, which is located right across the street from Disneyland, has long been a favorite of park-goers for its comfort and convenience. This was bolstered even more so by a recent remodel that emphasized the hotel’s mid-century design roots. Today, things went to the next level with the official opening of the House of the Retro Future Suite. The Grand Opening event began with a ribbon cutting from the balcony of the new House of the Retro Future Suite, which was presided over by Charles Phoenix, the Ambassador of Americana.

Phoenix then gave us a little backstory on Disneyland’s original Monsanto House of the Future attraction, as well as many of the uniquely themed hotels that used to surround Disneyland prior to the turn of the century. 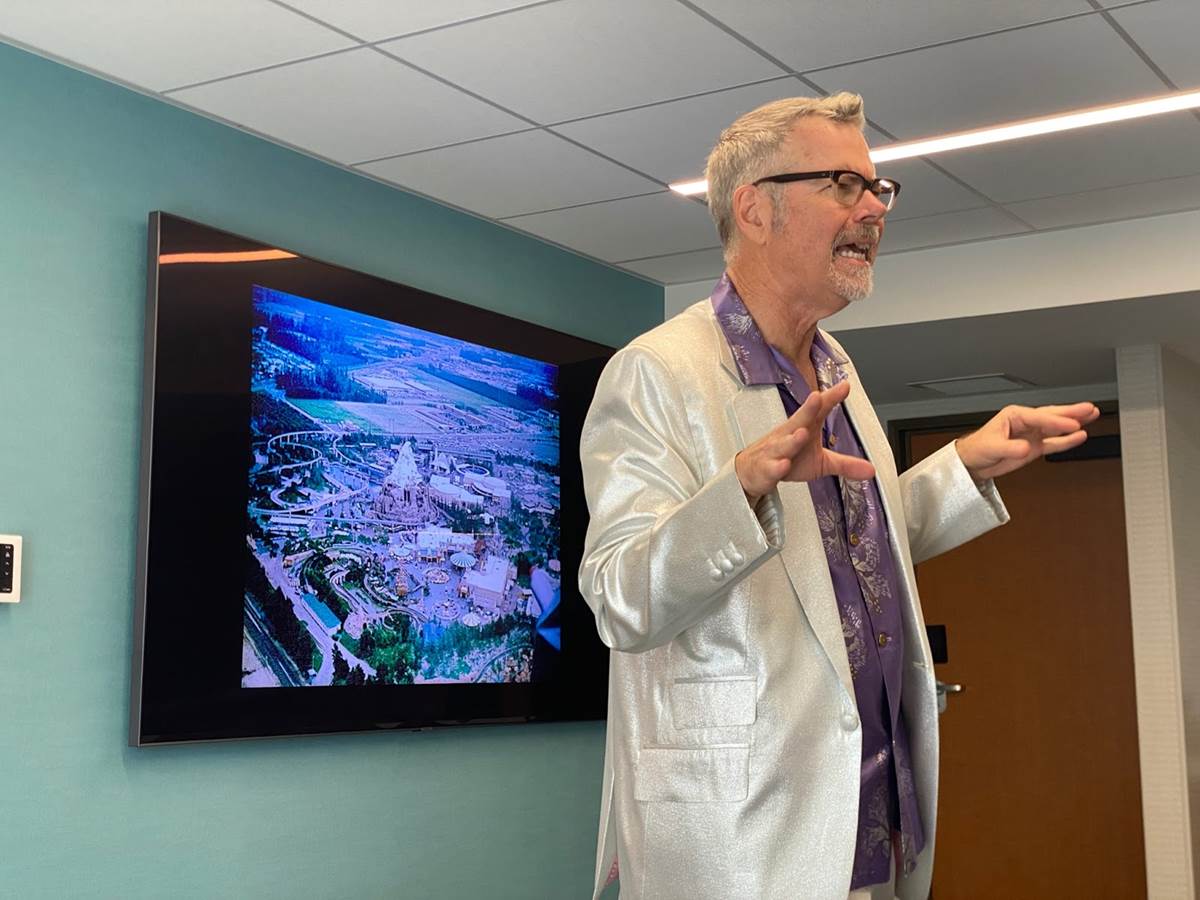 The interior décor and design of the new suite was heavily influenced by the aforementioned House of the Future, which was featured in Tomorrowland at Disneyland from 1957 to 1967. The suite implies the mid-century modern design sensibilities of the Monsanto house (a melding of functional style and cutting-edge technology). Other décor/design inspirations came from examples of Googie and mid-century modern architecture once found in the Anaheim Resort District during the 1960s. 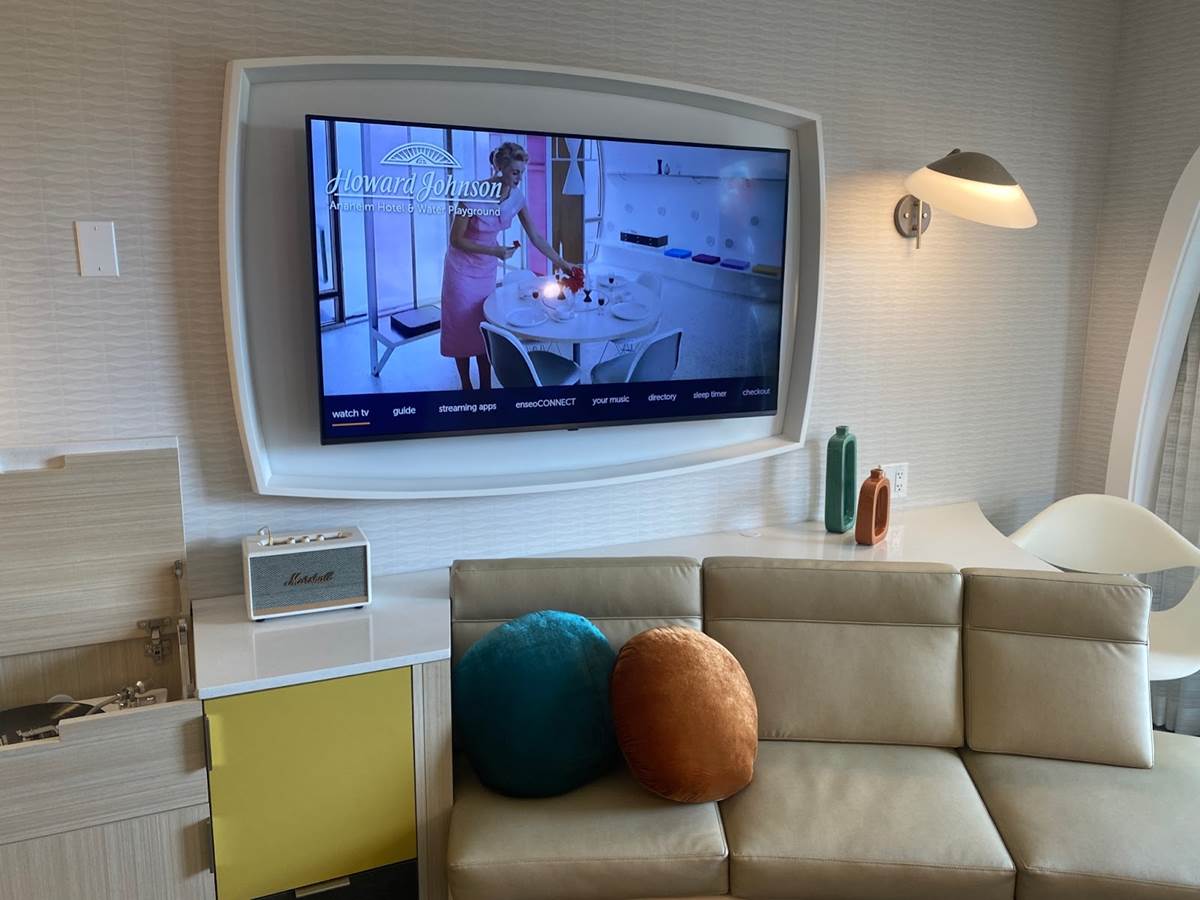 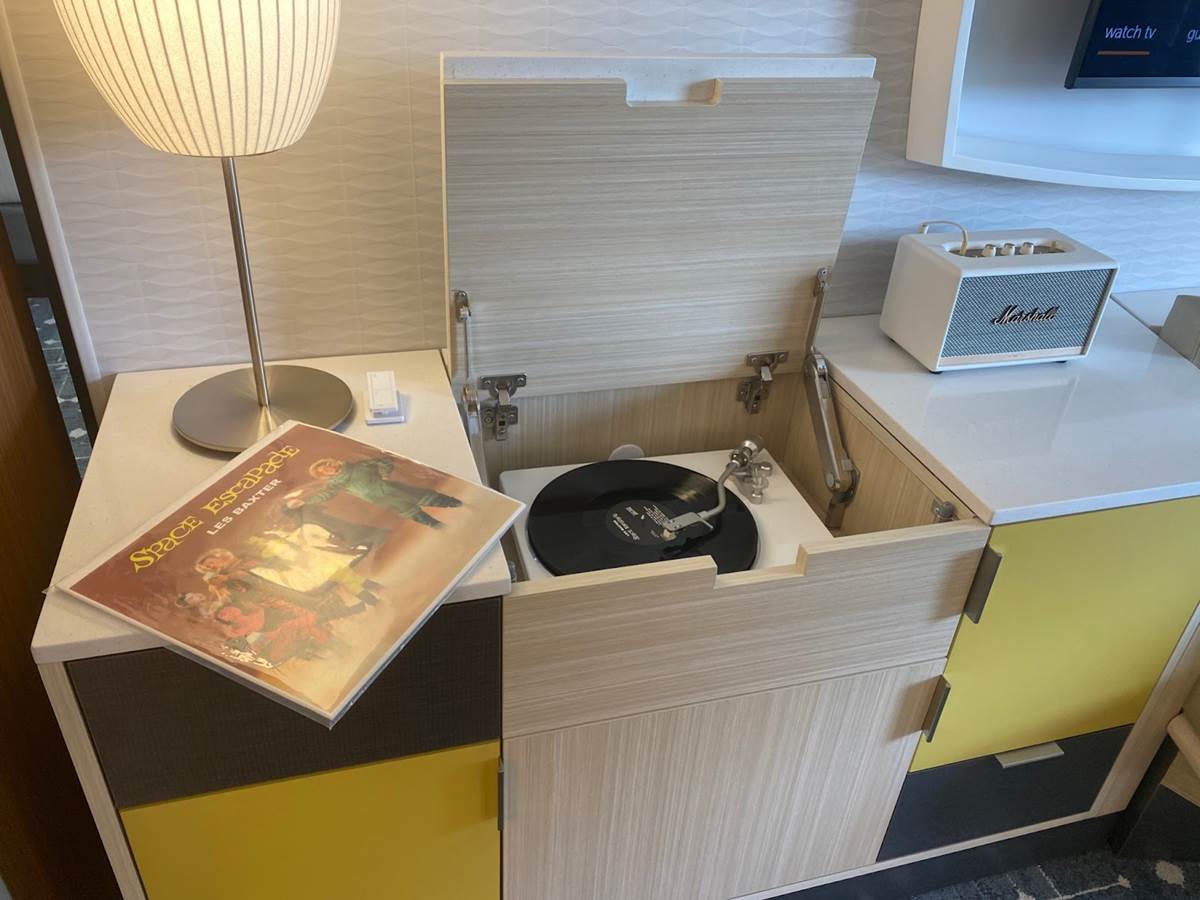 The suite features numerous design nuances that harken back to the Monsanto House of the Future, such as multi-paned window frames (providing glimpses of the futuristic Disneyland Monorail), a seemingly 1960s era tube TV with round/curved framing, and vibrant color schemes. 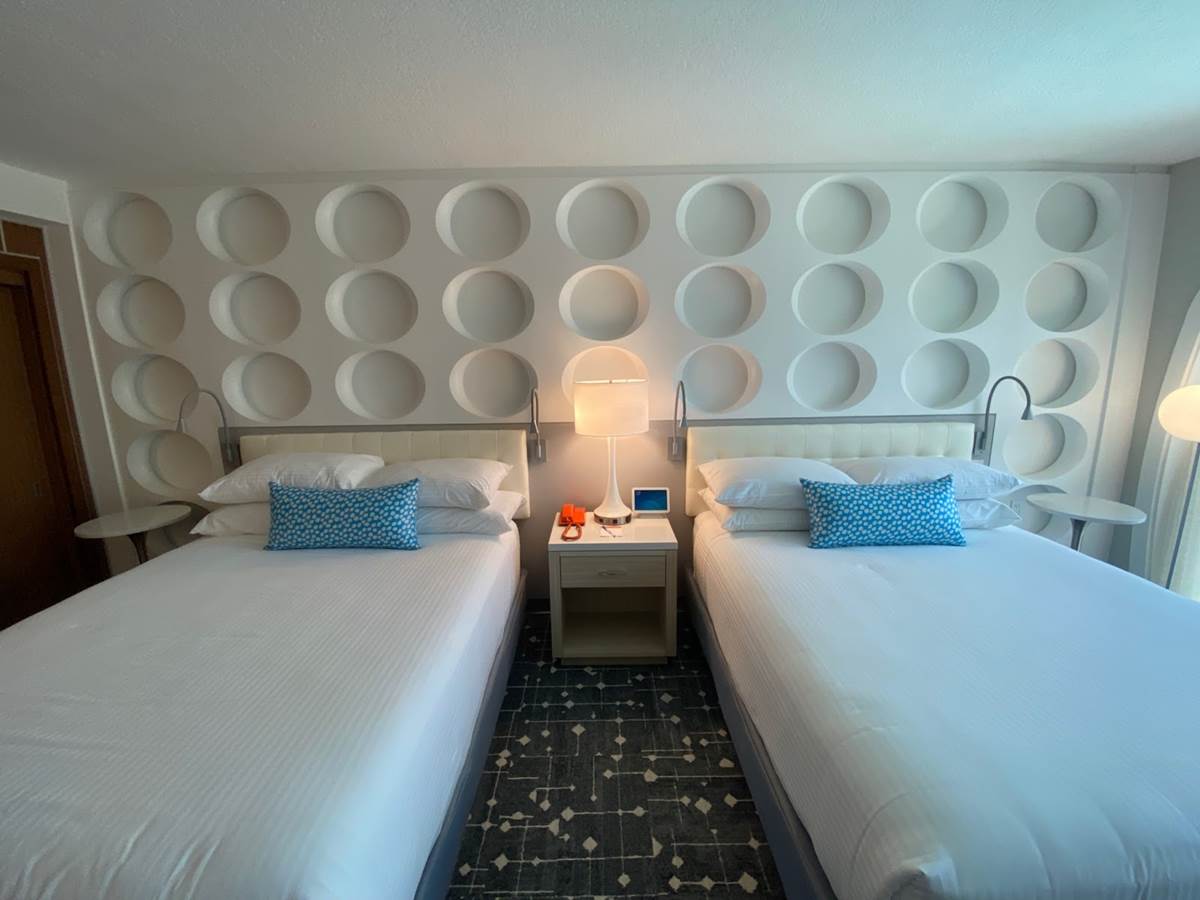 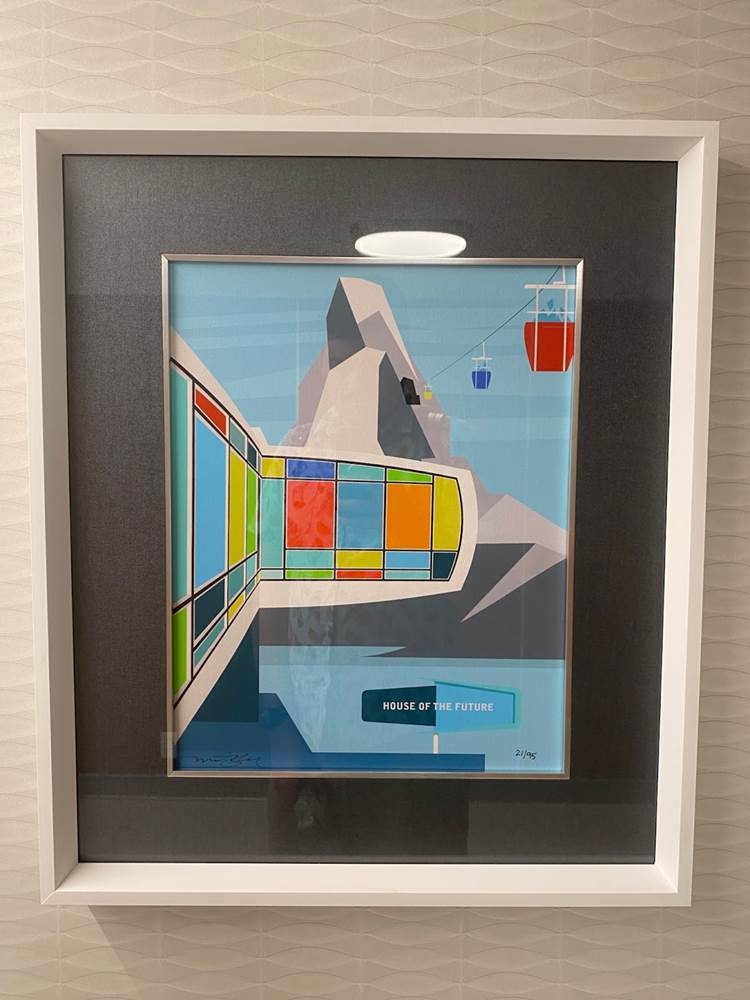 Custom artwork by popular artist Shag accents the suite, and guests who spend the night will even get their own copy of this artwork. 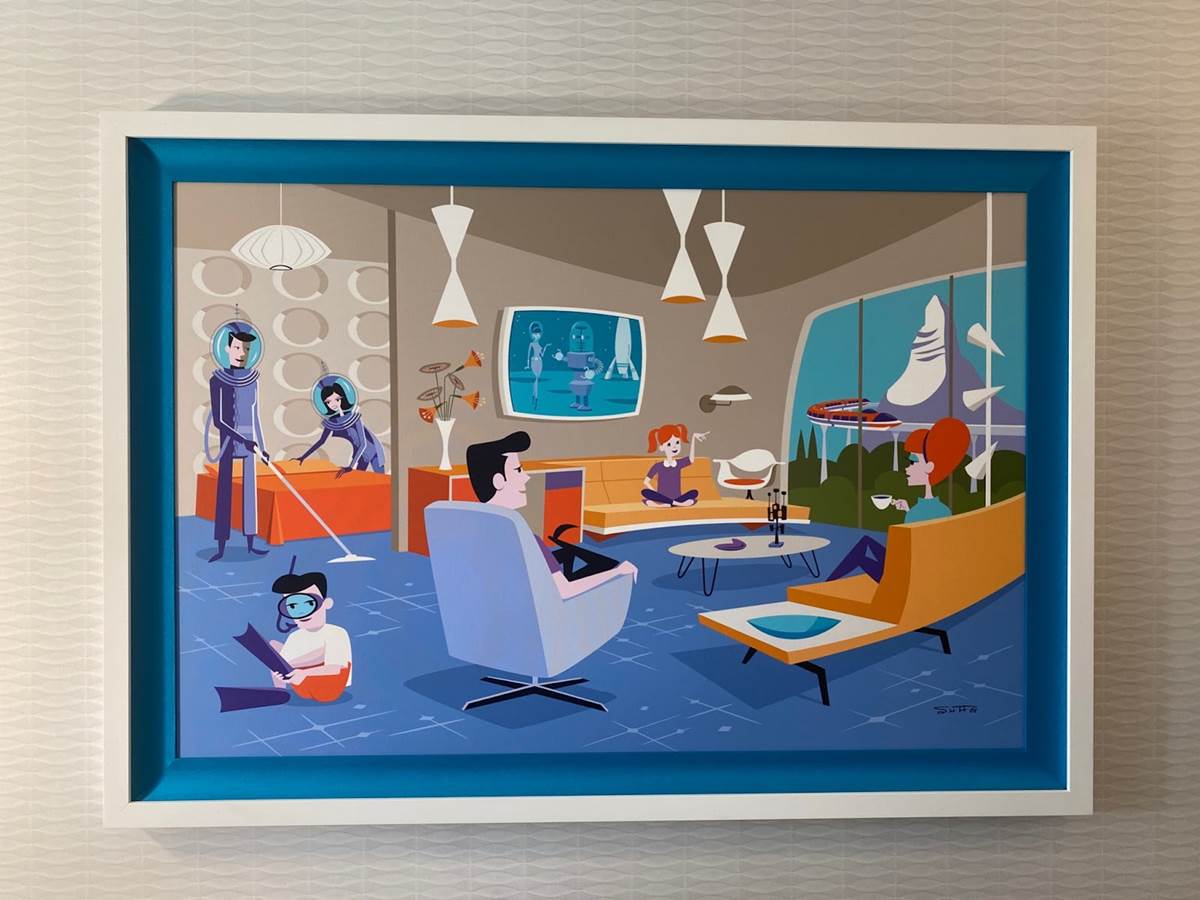 There’s even a replica of Disneyland’s House of the Future in the suite, created by famed artists Kevin Kidney and Jody Daily for the park’s 50th anniversary celebrations in 2005. 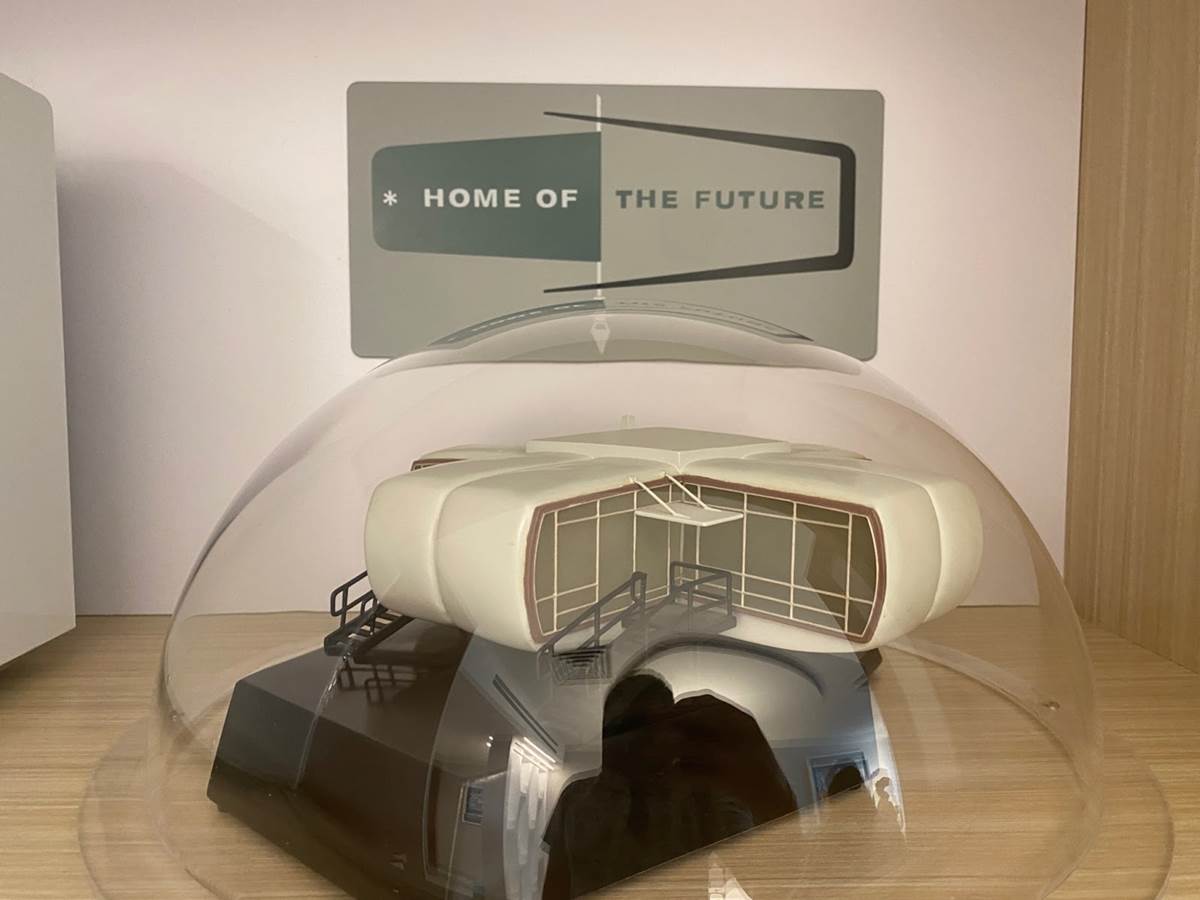 We even got a visit from the classic Disneyland astronaut that once greeted park guests in Tomorrowland. 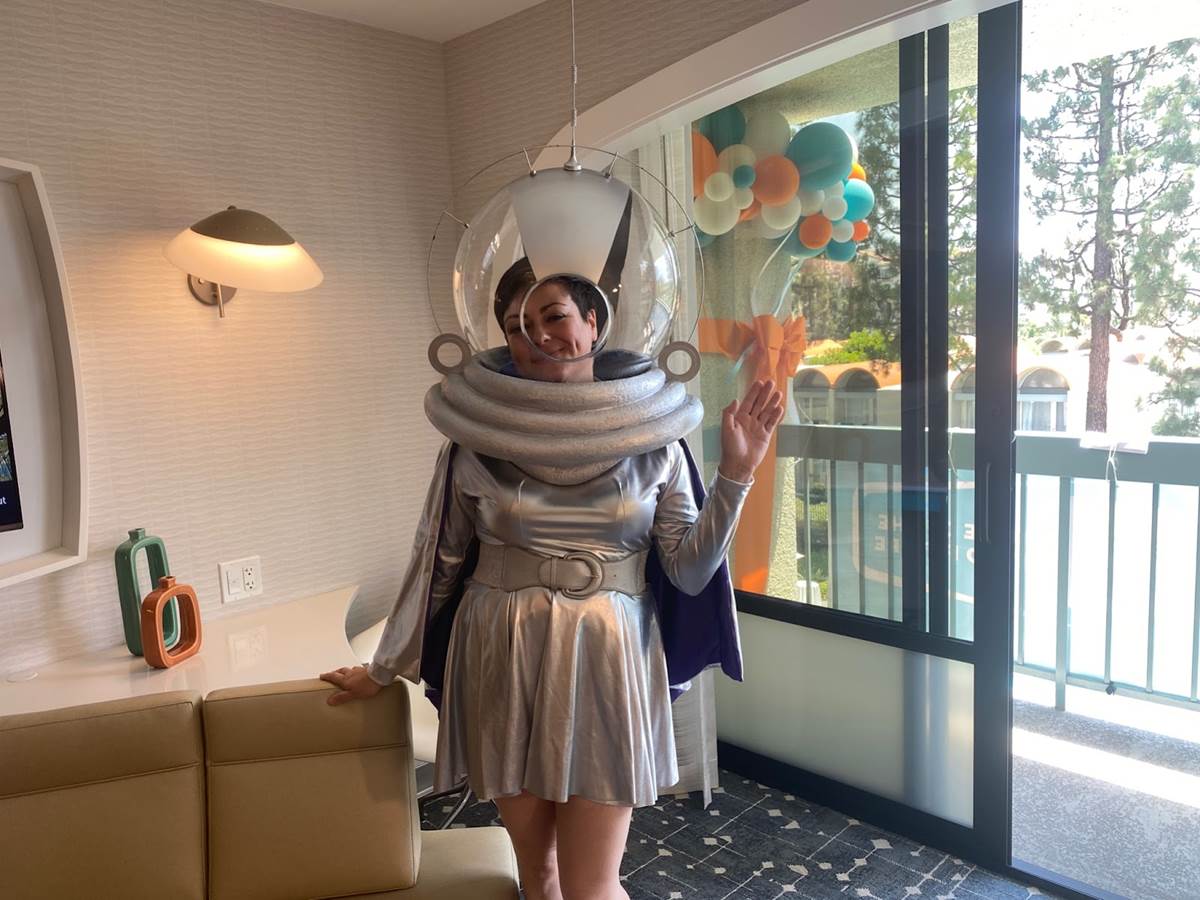 Check out our full video tour of the brand new House of the Retro Future Suite: