EJ is, understandably, nervous about his role as director that was thrown upon him at the end of last week’s episode. He went into Camp Shallow Lake this summer with the intention of having his last “hoo-rah” as a performer. While some would argue the new title is a promotion, you can’t blame him for having his expectations for the summer lowered. He asks to have the news remain a secret, as the wildcats may think they just won the casting lottery. Meanwhile, Gina is primed and ready to be a lead. She had her sneaky “Rachel Berry” moments when she first transferred to East High, but was confident in her performance and work during Beauty and the Beast. Now? She’s out for theatrical blood. Honey, she’s taking no prisoners, unless their name is 24601, honey! In the words of Kourtney, Carlos, and Ashlyn, she’s returned to…Gina 1.0. DUN DUN DUN. While that, on the surface, seems like a step backwards for Gina, she has rebooted herself to be more current and lived-in. She’s giving One Day at a Time on Netflix. There’s clear self-realization and actualization work done on her behalf and it's commendable. She’s ready to get the part, she’s ready to have a clean slate with Ricky, and she’s ready to have a great summer.

As auditions begin, we’re introduced to Val. As a former Camp Shallow Lake-r, she’s returned after a failed musical theatre career to choreograph the show and be an older, wiser voice amongst the teens. (She’s a psych major now, but she’s not bitter, mkay?)

Everyone is on edge as the audition process ramps up. EJ is nervous and angry and sad and nostalgic and over-it all at once. Maddox is confident in her ability to do the costumes and make-up on her own, leading Kourtney to feel pushed aside. (On the plus side, Maddox does understand that she can be an acquired taste and I’m looking forward to seeing her work through this in a larger way, not just to the confessional camera.) Carlos is wanting a juicy part, while Ricky is wanting just to have a good time and, hopefully, get Jet out of his comfort zone. Jet doesn’t sing “anymore,” but Ricky is going to keep prodding until he gets some sort of emotion out of the boy.

Val decides to take over casting, which is the correct thing to do. Leave the bias at the door and cast without interference is the move, as much as that leaves EJ feeling even more stress. The boy needs some anti-anxiety medication and I’ll gladly help him talk to his doctor about a prescription. 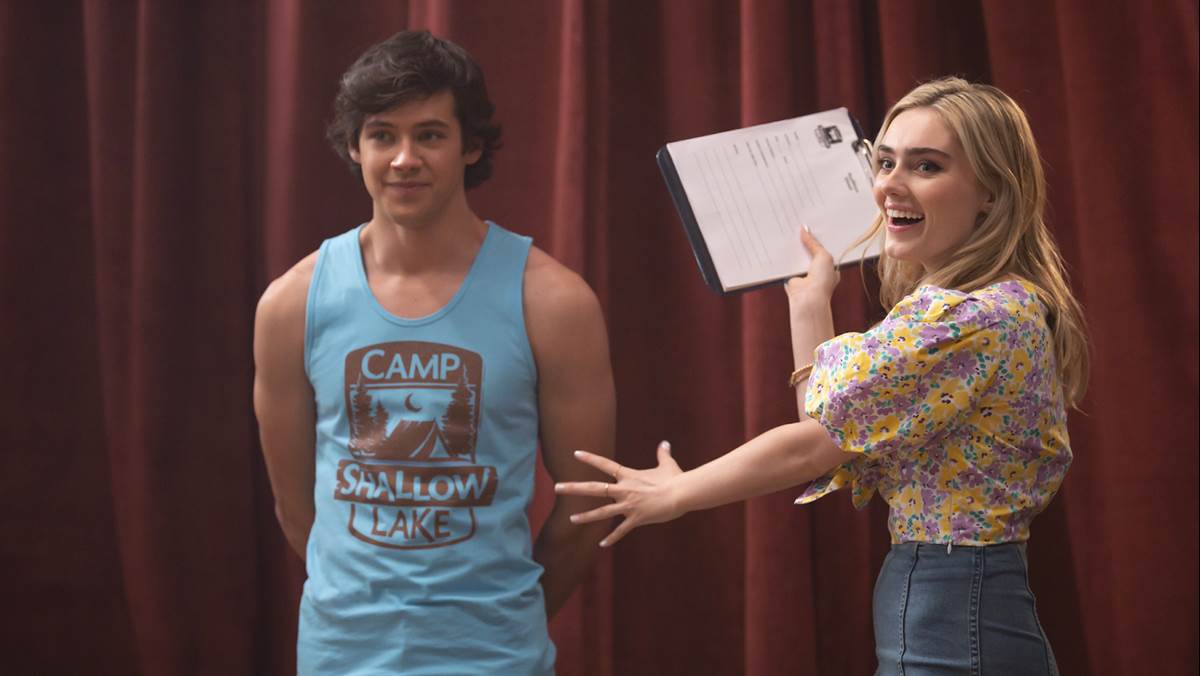 The following Frozen audition medley is superb, giving us a gorgeous arrangement of “For the First Time in Forever” mixed with “Do You Wanna Build a Snowman?” With all auditions accounted for, Jet runs in at the last minute, unlocks his jaw, and out pours pure, melodic beauty. Then he [snickers] jets out of the room. Alright then!

With Jet’s literal pitch perfect audition, the tension in the air grows. Whose name will be on the all important cast list?! DUN DUN DUN.