If you are a subscriber to ESPN+, you’ve probably watched some amazing stories in the worlds of baseball, football, basketball and a few other sports. One sport you likely have not seen a lot of though is lacrosse. Fate of a Sport, a new documentary from ESPN films, follows Paul Rabil as he attempts to rebuild the sport of lacrosse from the ground up in order to make it a sport that can provide a future for young athletes. 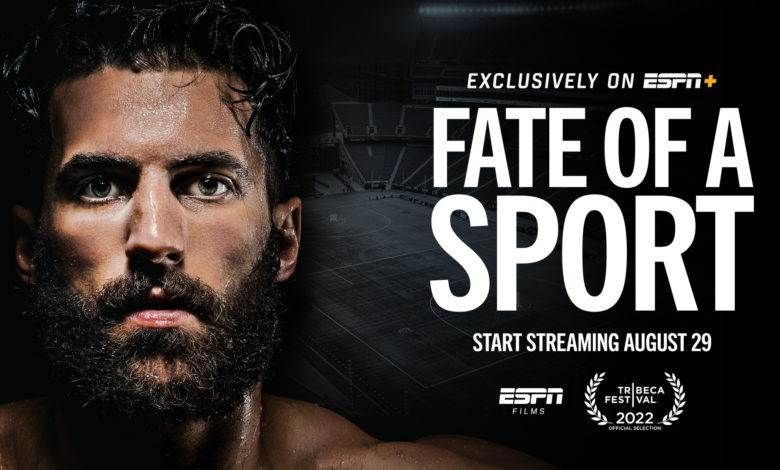 When really breaking down the world of sports documentaries, they can typically be divided into two categories: ones that tell on-the-field stories and ones that tell off-the-field stories. ESPN has created great docs that have told the stories of the playing career of Derek Jeter or the incredible run of the Chicago Bulls in the 90s, but they’ve also told the stories of the fight for equality in women’s sports or the life of an eccentric athlete like Dennis Rodman.

Fate of a Sport walks the line of both of those categories. Rabil was a professional lacrosse player, plagued by the unacceptable conditions provided by the league for which he worked. So he decided to make it better, not just for himself but for all the players who hoped to have a future in that sport. The doc follows him and his brother, Mike Rabil, as they start a brand new professional lacrosse league and build it from the ground up.

It’s a fascinating story to watch unfold. It’s hard enough for anyone to start a new professional sports league, never mind an active player who is currently under contract with a league that would become their competition. Watching Rabil and his brother go through all of the steps to get the Premier Lacrosse League (PLL) started really gives you the feeling that you are watching something special being built.

That’s not to say that we haven’t seen things like that before. Smaller sports leagues have popped up dozens of times in recent years. The difference here is, Vince McMahon didn’t suit up and play after he started the XFL. The whole reason Rabil wanted to create a new Lacrosse league was to make things fair for the players, including himself.

And that’s where Fate of a Sport changes gears amd becomes about the on-the-field story. It’s interesting to watch because Rabil has to balance the stress of being the commissioner of the league while also being one of its most well known players. So, in addition to having the unique story, you also have the classic story of an aging athlete coming to terms with their inevitable retirement.

The documentary is certainly more interesting when it is focusing on the creation of the league and not so much the actual lacrosse being played, simply because it becomes something much more familiar when it makes that switch. There are moments when you can forget about Rabil’s other responsibilities and think you are simply watching a doc on his struggling lacrosse team. It never lasts too long though, as it always pulls back out to look at the big picture.

Fate of a Sport tells a very interesting sports story, with a lot of complex layers, and it does so in a beautifully, personal way. The audience really gets to connect with Rabil over the course of the documentary and whether you’ve been playing lacrosse all your life or you’re wondering why ESPN Films is making a documentary about a brand of seltzer, it’s impossible not to become a fan. It even leaves lacrosse fans with an exciting tease for something they could possibly see in the future.

Fate of a Sport debuts August 29 on ESPN+ and will have its linear debut Thursday, September 15 at 7 p.m. ET on ESPN and will also air on ABC Sunday, September 18 at 1 p.m. ET leading into the PLL Championship Game.