Therapy is a confidential matter between the practitioner and the patient, but there are a few provisions. Among these is a “Duty to Protect,” meaning that if the clinician believes the patient is planning to harm someone, that individual should be warned and law enforcement should be notified. Such is the scenario presented in the new FX limited series The Patient, streaming exclusively on Hulu beginning August 30th. 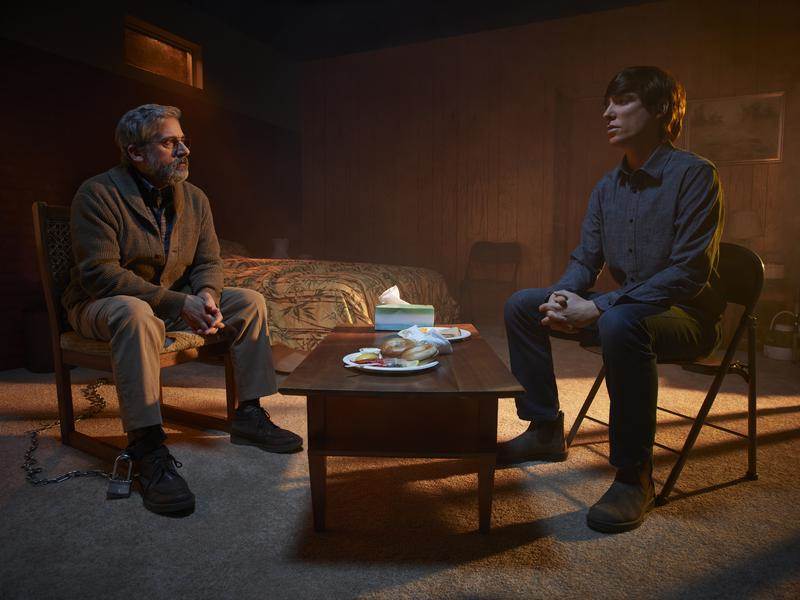 Dr. Alan Strauss (Steve Carell) runs his therapy practice out of his home. After a few sessions with a new patient who seems too closed-off to have meaningful therapy, Alan finds himself in a position no amount of training could’ve prepared him for. His captor, Sam Fortner (Domhnall Gleeson), is a serial killer who wants Dr. Strauss to help him change his ways. Keeping Dr. Strauss captive is the only way Sam can ensure that he won’t be reported while trying to get better.

Steve Carell and Domhnall Gleeson both give award-worthy performances, each rising to challenges I haven’t seen them face before. The portrayal of Alan Strauss, both as written and acted, feels very internal. The audience is often taken inside his mind to experience memories and also his imagination. As dark as the subject matter is, there are some lighthearted moments provided by Alan’s interactions with Charlie Addison (David Alan Grier), his own therapist who is now deceased, and therefore just his imagination running wild in extreme circumstances.

Part of the show’s brilliance is that while we are given a very introspective look at Alan, Sam’s depiction is purely external. The narrative follows him away from the basement, peeling back layers of his life including his relationship with his parents, colleagues, and ex-wife. Domhnall Gleeson has the added challenge of having to convey so much of Sam’s inner machinations through moments of pain, torment, rage, and grief. Everything about his performance is masterful. 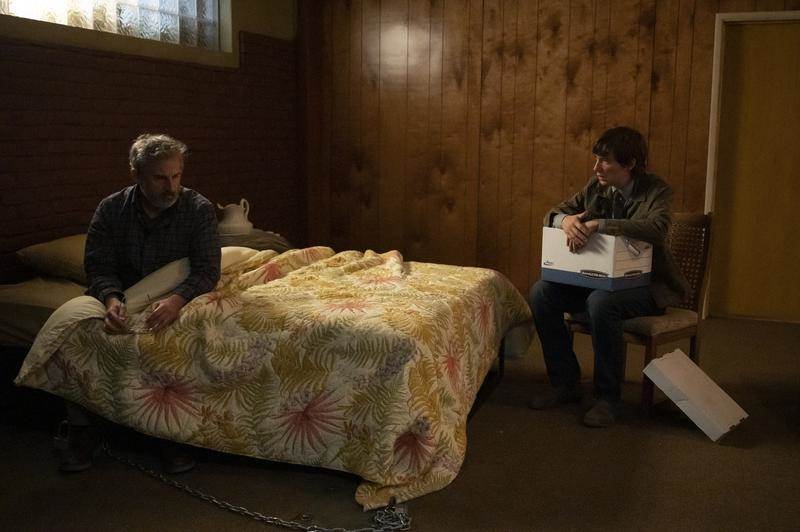 Created by Joel Fields and Joe Weisberg, this morality tale includes themes of faith and family. The cast is relatively small, with the meat of the series consisting of intimate moments between therapist and patient in a wood-paneled basement. Cinematographically, the series employs an aspect ratio that feels designed to create feelings of claustrophobia and a muted spectrum of colors and makes the world feel devoid of joy. These tricks of cinema do wonders for this psychological thriller.

The Patient is as binge-worthy a show as you’ll ever find. Each episode leaves you hanging on the edge of your seat begging to find out what happens next. It’s addictive, with Hulu prescribing two episodes to start on August 30th, but then weaning you off with just one per week through October 25th. It’s hard to wait, but think of it like a therapeutic exercise in patience.

I give The Patient 5 out of 5 Dunkin’ Donuts coffee cups.

FX’s The Patient premieres Tuesday, August 30th, only on Hulu.