I’m not much of a thrill seeker, but I don’t mind living vicariously through others. That’s why Edge of the Unknown with Jimmy Chin is so captivating. It features some of the most adventurous people in the world pushing their own boundaries as they test the limits of human endurance.

Jimmy Chin is a professional climber and skier, National Geographic photographer, and one of the Academy Award-winning filmmakers behind Free Solo. Jimmy acts as your host for this ten-part documentary series, introducing each of the adventure athletes featured and commenting on their journey. Far from a biography, each half-hour episode zeroes in on one harrowing moment for each of the guests.

Kicking off with a two-night event on Monday, September 5th, it’s fitting that the premiere episode is centered on Free Solo climber Alex Honnold. Titled “Before Free Solo,” Honnold looks back at his time training to scale El Capitan without ropes in the High Atlas mountains of Morocco. Using a mix of archival footage from his climb and new interviews with Honnold and his close friend Tommy Caldwell, not only do Free Solo fans get a prequel of sorts, but the format for this series becomes well-established.

Each episode features truly pulse-pounding moments of adrenaline, recounted by each daring individual. Jimmy Chin not only acts as host and co-director with his wife Chai Vasarhelyi, but is also a featured adventurer in one of the episodes. Other professional athletes with their own stories to tell include big-mountain skier Angel Collinson, whitewater kayaker Gerd Serrasolses, climber Conrad Anker, big-mountain freeride snowboarder Travis Rice, mountain athlete Will Gadd, surfer Justine Dupont, expedition kayaker Ben Stookesberry, and polar explorer Sarah McNair-Landry. Edge of the Unknown with Jimmy Chin may have a set format, but the diversity of disciplines, backgrounds, and challenges of each interviewee keep each episode feeling fresh. 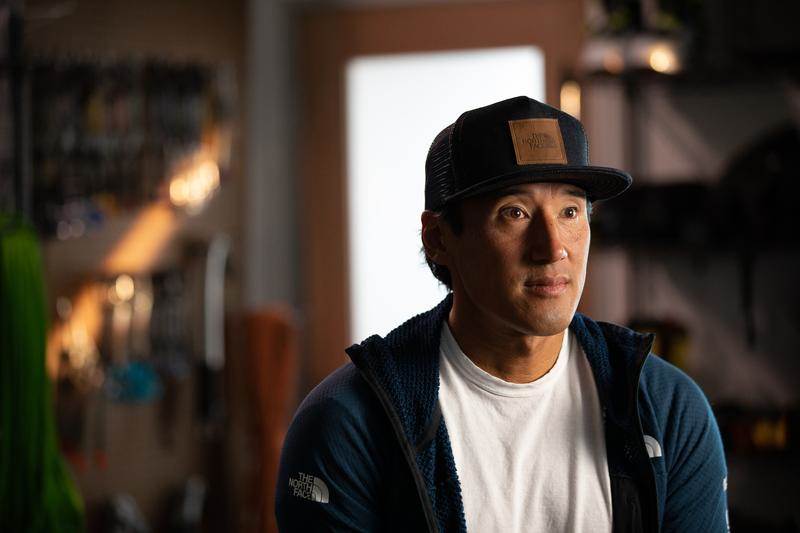 Nat Geo will broadcast double-episodes of Edge of the Unknown with Jimmy Chin starting with a 2-night event on Monday and Tuesday, September 5th and 6th. The series then airs on Tuesdays through the end of September, but Disney+ subscribers will be able to stream the remainder of the series beginning Wednesday, September 7th. It’s an easy binge, but also keeps you coming back for more if you’re waiting for the weekly broadcasts.