It’s time to dive deep into the human psyche in FX’s new series The Patient from creators Joel Fields & Joe Weisberg. We’ll be with you every step of the way with detailed notes (aka recaps) after each session (aka episode) on Hulu. It all starts with “Intake,” which also happens to be the title of the series premiere. We’ll discuss insurance and billing later. For now, have a seat and get ready to start the important work of self-care.] 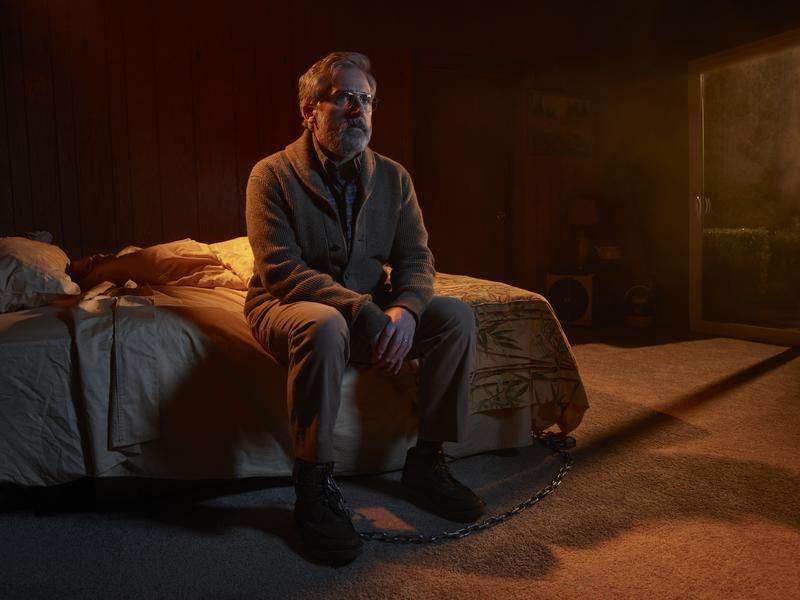 Dr. Alan Strauss (Steve Carell) wakes up groggy in a dark room. Disoriented, he stands up and takes a few steps, which are accompanied by the unfamiliar sound of clinking metal. Looking down, he discovers that his ankle is chained to the floor. Starting to freak out, he tries unsuccessfully to break himself free. He tests the length of the chain, which won’t let him get near the glass block windows, stairs leading up, glass sliding doors that lead to a backyard, or a door. He begins to scream for help, sitting on the bed on the verge of a panic attack. He sees a nightstand, on which is a bottle of prescription medication and antifungal cream, plus a toothbrush and toothpaste. On the other side of the bed is a pitcher of water and a bedpan. “Okay,” Alan sighs, breathing deeply.

Flashing back, we see Alan on a typical morning routine at his home, preparing a breakfast of apple slices and yogurt while listening to voice messages. One of them is from a “Jean Bollinger” (Domhnall Gleeson) who is asking to start therapy. We see Alan call his daughter, Shoshana Cohen (Renata Friedman), and get her voice messages, leaving one that explains that he’ll be in sessions until late. 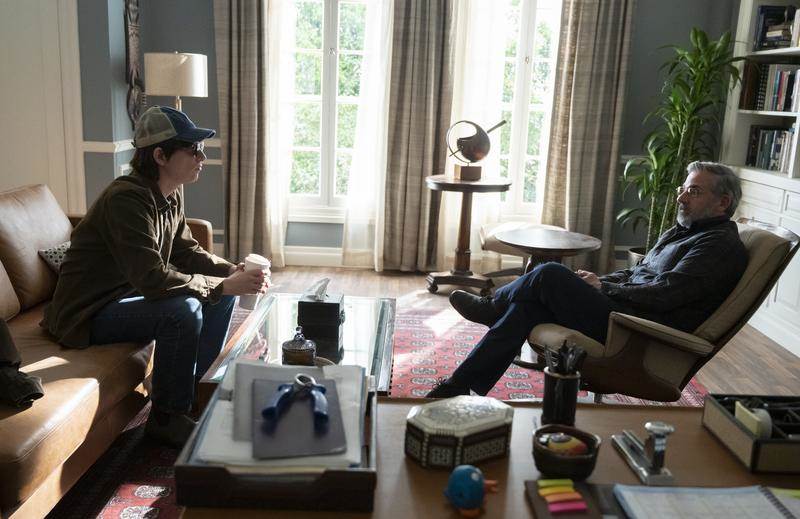 Alan’s first session with “Jean Bollinger” is an interesting one, with the new patient insisting on keeping his eyes covered by aviator sunglasses. “You’ve seen a doctor about it?”, Dr. Strauss asks. “Two doctors,” Jean confesses, with a baseball cap also keeping his face hard to read as he routinely sips from a Dunkin’ Donuts coffee. Jean shares his history of abuse at the hand of his father, but when Alan asks for more specific details about when he would get abused, he simply says “All the time.” Jean reveals that he specifically sought out Dr. Strauss because he read his book. We also see Alan with a few other clients. Colleen (Cindy Michelle) is going through her own loss and apologizes for Alan’s. Brain (Nick Alvarez) doesn’t focus enough on his own needs and instead is more worried about not going over Alan’s time.

We see Alan going to bed alone and get in his head for a nightmare. In the dream, his deceased wife Beth (Laura Niemi) is sleeping next to him. A baby in a bassinet starts to cry, and Alan gets up to comfort the infant. But when he gets close to the baby, we see that its face is almost inhuman. The nightmare wakes Alan up and he instinctively reaches over to his wife, who isn’t there. He grabs her pillow and pulls it close, cradling it.

Alan enters a Notary Republic with a guitar case, greeting Chaim Benjamin (Alan Blumenfeld) who runs the store and addressing his son Ezra (Andrew Leeds), who works there. Ezra recognizes his mother’s guitar. “I figured you should have it,” Alan tells him. “You’re the only one in the family who plays.” Ezra tells his father that he doesn’t play anymore. 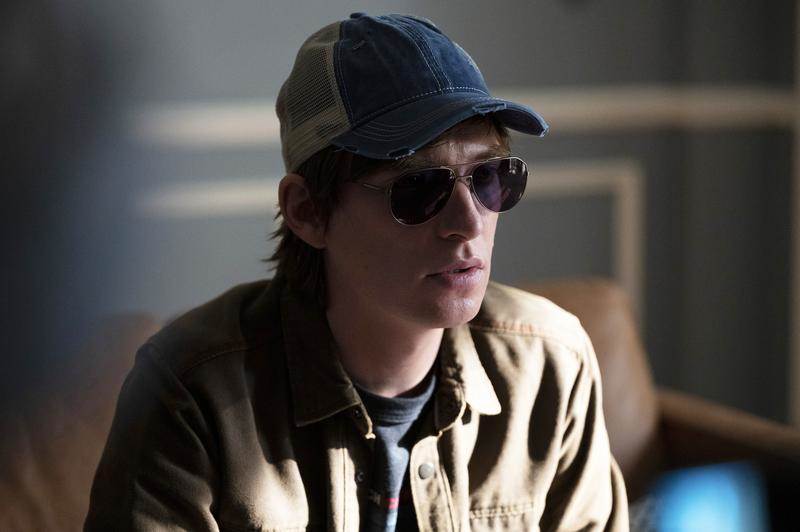 In a later session with Jean, Dr. Strauss tells his patient that they’ve been working together for a while, but he doesn’t feel like Jean is truly opening up to him. “I guess it’s not working the way it did in your book,” Jean admits. Alan tells Jean that he needs to be more open and truthful in their sessions. “Maybe I’m not cut out for this because I’m trying,” Jean says. Dr. Strauss reaffirms that the fact that Alan wants to have therapy and is coming to the session proves that he can be helped.

Most recently, we see Alan brewing tea for himself while watching baseball. He hears a noise outside, which prompts a neighbor's dog to start barking. Alan goes to the window and sees a tarp flapping around on this windy night. He goes outside and hears a metallic sound, seeing an empty spray can rolling on the ground. He takes a few steps and bends over to pick it up. When he turns around to face the house, he gasps.

Back to the present, Alan is lying in the bed in the basement where he’s chained to the floor. Through the closed door, he hears the sound of liquid hitting water followed by a toilet flushing. The door opens, and Jean walks out. “I’m so sorry,” Jean says, passing quickly through the room. “I know this sucks. I’ll be right back.” He goes upstairs and quickly returns with food. Alan begs Jean to let him go. “We’re in the woods out here, nobody’s around,” Jean says, adding that it’s not as bad as it seems and he just needs his help. Jean confesses that he couldn’t be truthful in Alan’s office, but then proceeds to talk about the food he has sat on a coffee table he moved within Alan’s reach from a Thai restaurant. Alan pleads for Jean to let him go. “My name’s actually Sam,” he apologizes. Alan refuses to eat or do therapy unless Sam sets him free.

“I have much bigger problems than your other patients,” Sam tells Dr. Strauss. “I have a compulsion… I kill people.” Sam tells Alan that this has been going on for a long time and he’s read several books about it, and he wants to stop. “I’m trying so hard right now, but there’s this one guy, I just wanna… for months now…” Alan tells Sam that therapy can’t be successful unless both the doctor and patient are comfortable. He promises that their sessions will be different now that he knows the truth and they can increase to three times per week. “I know you would have to turn me in,” Sam says, but Dr. Strauss disagrees. “Legally, ethically, unless you told me you were going to commit another crime, I can work with you.” Sam stares at him. “I am going to commit another crime. I know I’m not normal, but I don’t feel crazy.” Alan shakes his head, saying “This is not the way.” Sam shakes his head and apologizes. “You’re the best. I met with three different Jewish therapists. I chose you.” Alan starts to cry. Sam sits in the chair across from him, picks up some of the Thai leftovers, and takes a bite.

That’s the end of the first session of The Patient. Luckily, Hulu subscribers don’t have to wait to see what happens next with Episode 2 debuting alongside the premiere. Titled “Alan Learns to Meditate,” you can click here to jump to those session notes right now.