Jon Favreau found a winning formula when he created his own version of The Jungle Book, marrying together Rudyard Kipling’s stories with splashes of Disney’s animated classic thrown in. The credits for Robert Zemeckis’ take on Pinocchio suggest a similar approach, inspired by the 1940 animated classic of the same name and Carlo Collodi’s fairytale The Adventures of Pinocchio. In reality, the Collodi book’s mention feels more like a technicality, with the 105-minute film following the 88-minute animated classic’s plot closely. Geppetto (Tom Hanks) is a widowed woodcarver clinging to a past that once included a son. After carving a puppet named Pinocchio and making a wish on a star, the Blue Fairy (Cynthia Erivo) appears to grant Geppetto’s wish. But in order for Pinocchio to ever become a real boy, he will have to prove himself worthy along with the assistance of his recruited conscience, Jiminy Cricket (voiced by Joseph Gordon-Levitt).

Zemeckis’ stamp can be felt all over Pinocchio, with Jiminy Cricket narrating the film just like he did in 1940, but the overall effect feels much more like Bob Crachit’s fourth-wall-breaking moments in A Christmas Carol. Joseph Gordon-Levitt does his best Cliff Edwards impression, occasionally feeling confined in his voice acting choices by this decision. Pinocchio’s character design has been lifted directly from the animated film, and while other anthropomorphic animals take their cue from nature (Honest John looks like a real fox on two legs), Jiminy becomes a hybrid between Disney’s decidedly un-cricket-like animated character with a more bug-like cowl and antennae, which are often hidden beneath his top hat. There are a few uncanny valley moments with Jiminy in particular, but nothing comes close to the endlessly-mocked Polar Express (see Chip n’ Dale: Rescue Rangers).

Three of the classic songs from the original film (“When You Wish Upon a Star,” “Hi-Diddle-Dee-Dee (An Actor’s Life For Me)”, “I’ve Got No Strings”) have been ported over into this remake, with four new songs added by composer Alan Silvestri, who also scores the film, with lyrics by Glen Ballard. The film never really feels like a musical, save for a splashy song and dance number performed by Luke Evans as The Coachman as he introduces newly recruited children to Pleasure Island. With this one exception, all of the new songs are very short and serve mostly to help define a character rather than move the plot along. One of the biggest challenges with any new song in the score is that they have to live up to the award-winning classics, with a ditty called “Pinocchio Pinocchio” replacing “Little Wooden Head” for no apparent reason, as the purpose of the song is the same. 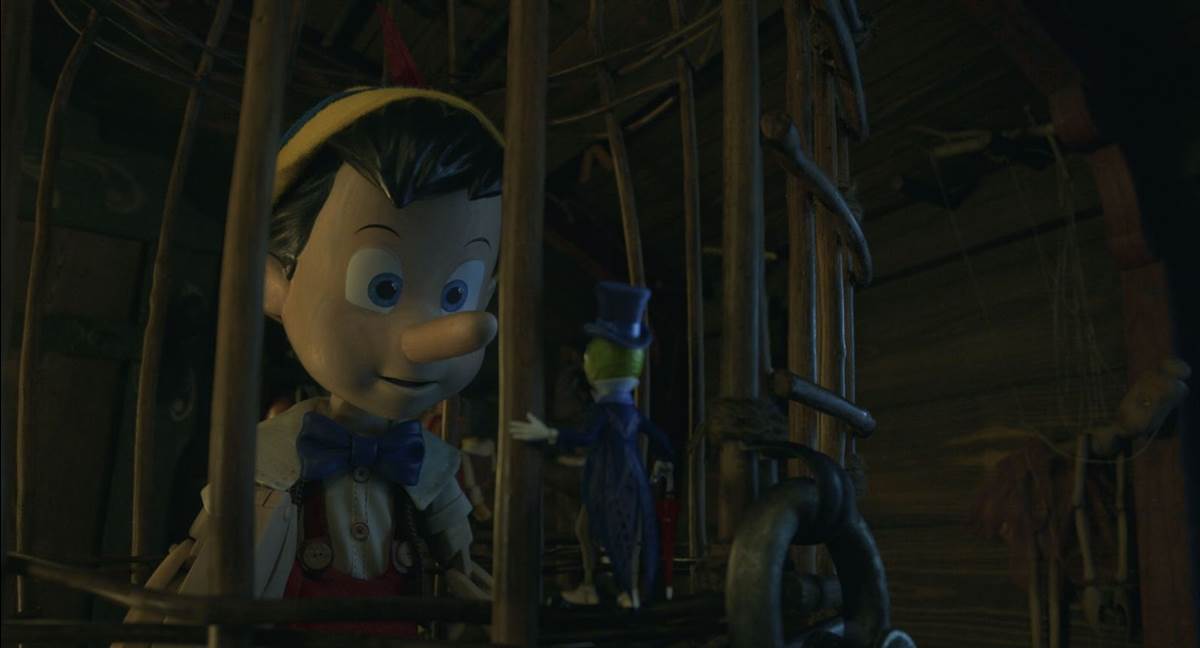 The best thing about Robert Zemeckis’ Pinocchio is that it adds a more contemporary message about loving your children for who they are rather than trying to make them something they’re not. With the story focusing on Pinocchio’s adventures to become a real boy, it gives the story a fresh new emotional anchor. A few new characters help add resonance to this theme, particularly a disabled puppeteer in Stromboli’s marionette show named Fabiana, portrayed by Kyanne Lamaya.

The film occasionally plays down to children with low-brow humor like a seagull belching after scarfing down some food. A few nods to modern pop culture also date the film, such as Keegan-Michael Key as Honest John referring to himself as an “Influencer.” There’s one truly obscure in-joke for diehard Disney fans, but also a lot of overt nods to other films through close-ups of Geppetto’s clocks. A few are well executed, but most of them feel heavy-handed.

If you’re already feeling animosity towards Disney’s trend of updating their canon of animated classics with live-action remakes, Pinocchio won’t do much to endear you to the format. Those with an open mind will likely rank it somewhere in the middle of the ever-growing list of remakes. It tweaks the story just enough to make it feel different while ultimately sticking close to what worked so well in 1940. In that regard, when Zemeckis does venture off-script, it often feels like a questionable choice. 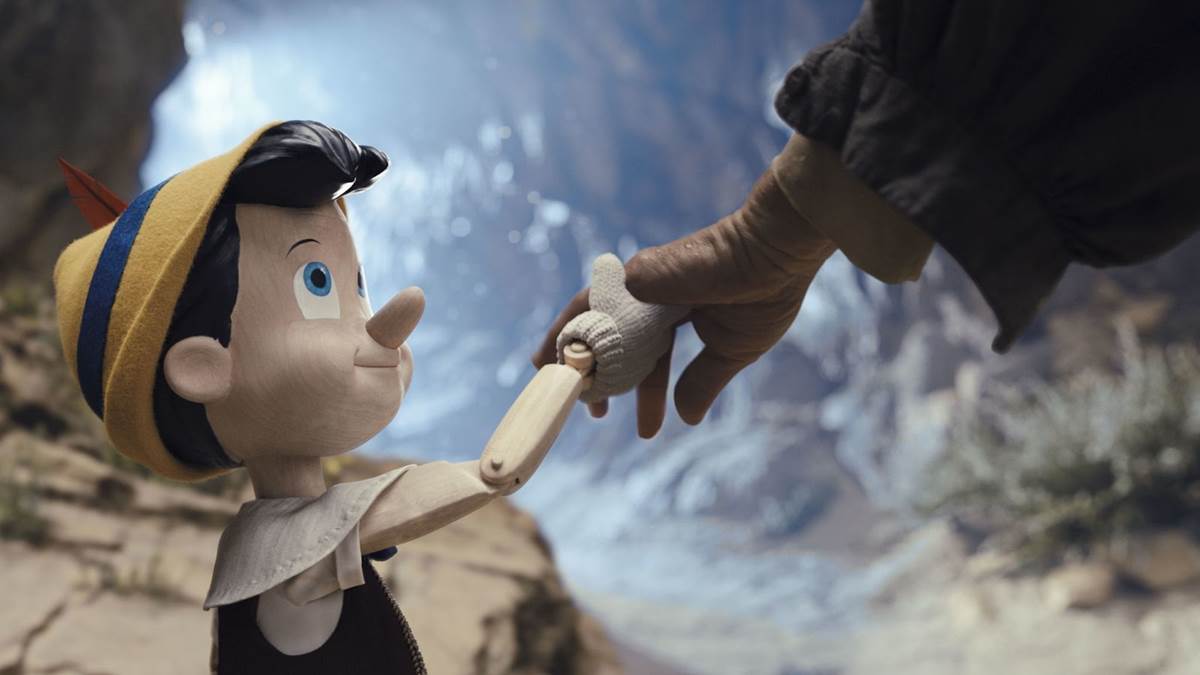 I give Pinocchio 3 out of 5 foamy glasses of sarsaparilla.

Disney+ Day 2022 coverage is presented by shopDisney
(Please note this article contains affiliate links. Your purchase will support LaughingPlace by providing us a small commission, but will not affect your pricing or user experience. Thank you.)