Ralph Fiennes is bound for Oscar glory with his devastating performance of a master chef gone mad in The Menu. 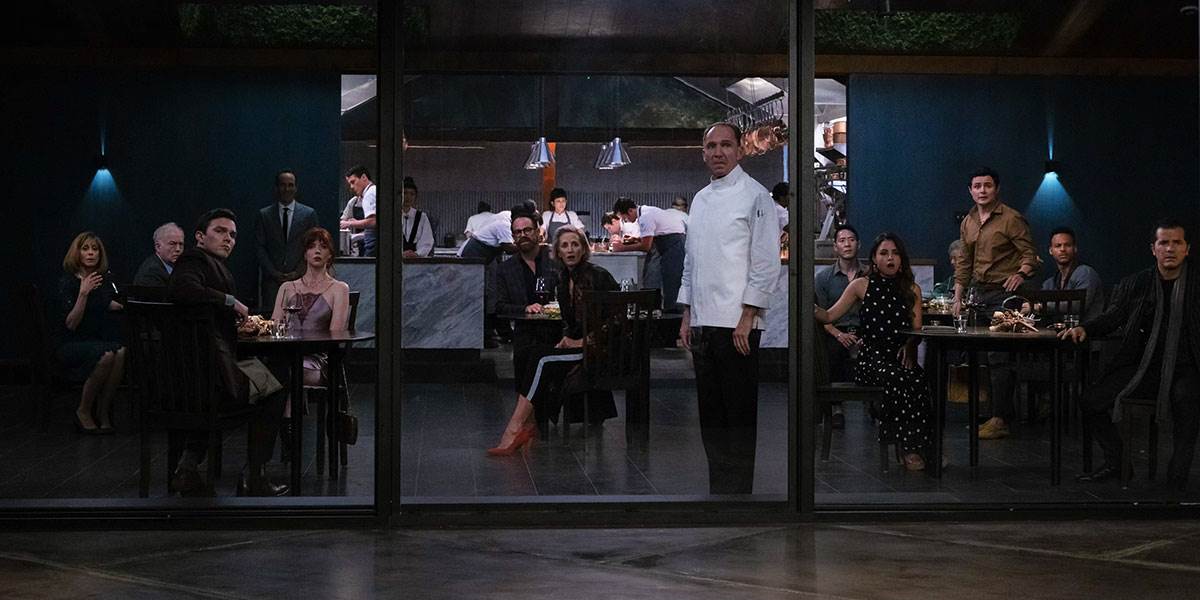 On an exclusive island at a premiere restaurant, diners are about to learn that famed Chef Slowik (Ralph Fiennes) has more planned for the evening than mouth watering cuisine. While Tyler (Nicolas Hoult) is in heaven at fulfilling his foodie dreams, his date Margot (Anya Taylor-Joy) wonders what’s the big deal with the food.

As the service begins, the intimate setting starts to reveal the truth about the night, and Tyler, Margot, and the rest of the attendees will learn this is a meal that will be memorable.

The Menu is a perfect psychological thriller that has violence, mystery, and leaves the audience wondering if the story unfolding is really happening, or if there is a catch. The fact is this, director Mark Mylod has dropped an immensely pleasurable violent spectacle on the audience at TIFF.

The supporting cast is filled with talent from Judith Light to John Leguizamo, but the film rests on the shoulders of Fiennes, Taylor-Joy, and Hong Chau who plays Elsa.

Fiennes has always made a great villain, but in The Menu, he transcends the typical evil role by infusing his meticulous maniac, with an aura of humanity. Chef Slowik is a bad guy, but he’s a human being with reason for his madness. As the film unravels over the courses of the meals, Fiennes puts on a tour de force with the revelations he drops on the diners through a simple hand clap and cold calculating stares at the guests. Fiennes is scary good as Slowik.

Taylor-Joy is our heroine. She’s the one we root for, but much like Slowik, the audience knows nothing about her at the beginning. Slowik’s descent into mayhem parallels Margot’s rise to prominence, and the duality of the roles is the most joyful art to watch on screen. Neither Slowik or Margot are great people, but as Slowik shows his disdain for others and his contempt for the people who have ruined his life’s work, Margot admits the truth about herself. Slowik may blame others, but Margot is the one who accepts reality, and uses her acceptance to think her way out of trouble.

Parading through the dining room of the restaurant is Hong Chau as Elsa. Elsa is the manager of the floor, and it is Elsa who first alerts the audience to the deviousness to the evening meal. Chau is small in stature compared to many of her costars, but next to Fiennes she projects the raw power of a giant. Her slow methodical way of dealing with the diners, while subtly but significantly ramping up the fear is what makes The Menu a top-notch thriller, with a hint of horror.

It is Elsa who alerts the audience that this is not a usual night out at a restaurant, and it is Elsa who starts the terror. Hong Chau doesn’t need to brandish a weapon or stand ten feet tall she coats her dialogue in a taste of horror which make the guests very uncomfortable.

To add to the performances, director Mark Mylod and cinematographer Peter Deming have taken painstaking moments in the kitchen and filmed it as art. The preparation, the precise stacking of the plates, and the military precision of the service to the customers is exquisite. While The Menu does devolve into a twisted frightening tale, audiences will be pacified from the terror with the beautiful camera work, and the amazing shots in and around the kitchen scenes. 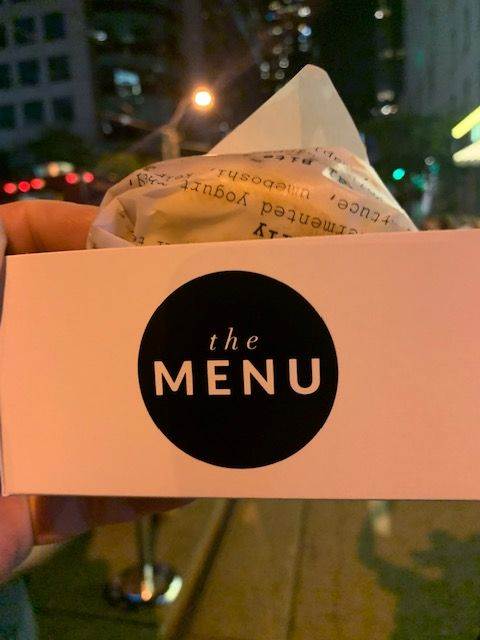 The Menu is not a film that has the usual resolution. There are some moments on screen that I did close my eyes for, and the ending is a whopper for sure, but what is encouraging to see as the world comes out of COVID and the fall movie season begins, is that movies are alive and well in 2022 and The Menu is a spectacle that must be seen.

There is no doubt in my mind that The Menu will be in competition for months to come, and perhaps finally we will see Ralph Fiennes rewarded with an Oscar.