One of my absolute favorite things to come out of the reimagining of EPCOT is the beautiful new anthem for the park composed by Pinar Toprak. So you can imagine my excitement when I found out that Toprak is currently working on weaving the theme into a new background area loop for the park. 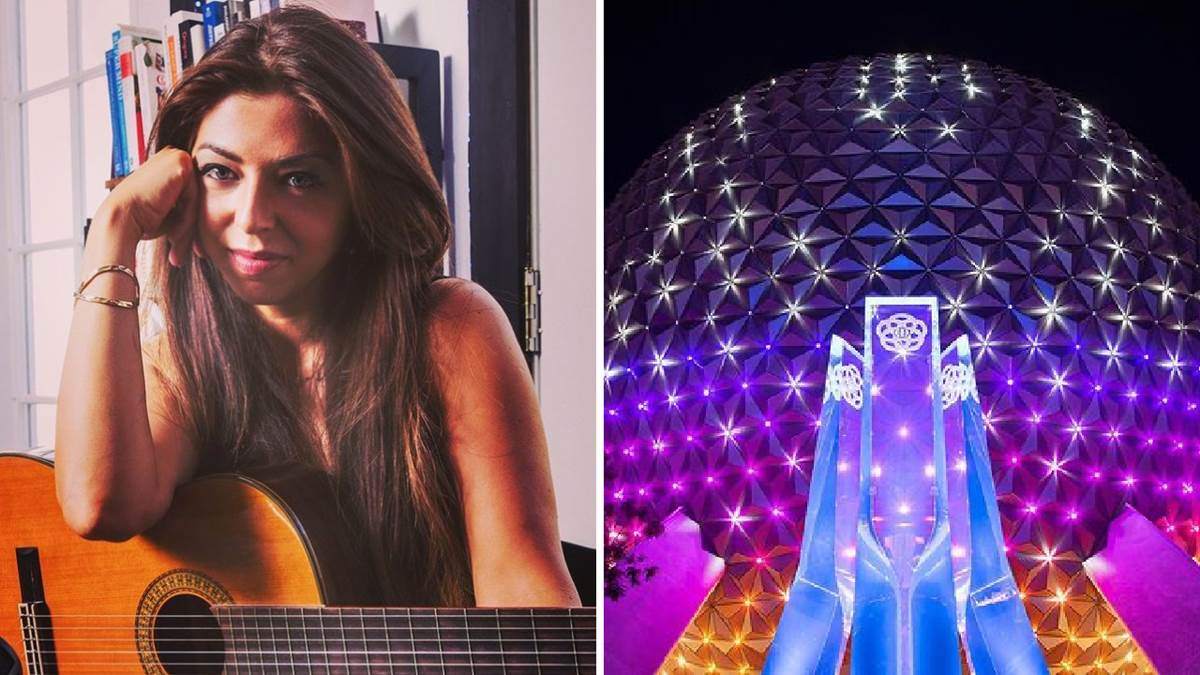 The theme was first introduced at the D23 Expo 2019, where Toprak (who also composed the music for Captain Marvel) performed the theme with a live orchestra. It was then introduced into EPCOT itself at the beginning of the 50th anniversary celebrations, used to great effect in the Beacons of Magic show on Spaceship Earth, and as the overarching theme of Harmonious.

During this year’s D23 Expo, Toprak appeared with some fellow Marvel composers in a Disney For Scores Podcast Live panel. At the panel, she spoke a little bit about the inspiration for the theme, which stemmed from the feeling she got when first visiting EPCOT. You see, her first visit came shortly after moving to the US and to that point, she had only ever been to Istanbul and Wisconsin. So EPCOT was an incredibly different, and moving experience for her, which I think has translated perfectly into the new theme for the park.

Toprak mentioned that she was actually just at the park a few weeks ago and heard her theme in person for the first time. She revealed that she is currently working with Imagineering on weaving the theme into a background music loop for the park, which would likely replace the current temporary mix of inspirational needledrop tracks. Perhaps we could see the EPCOT theme alongside other park classics, such as “Soarin’” or “One Little Spark.” No timeframe was given, but I’d imagine the music could be ready to go alongside the opening of CommuniCore Hall and Journey of Water.

A lot has changed at EPCOT over the years, especially the last few, and while we may not always enjoy the changes that come, I look to Toprak’s beautiful theme as an inspiration for a new era of EPCOT, filled with the “Magic of Possibility.” It harkens back to the grand themes of the past while signaling towards the future, just as EPCOT should.