After our story and Jen’s life got derailed a bit last week by a wedding (episode), She-Hulk: Attorney at Law got back into the swing of things this week. “The Retreat” sees Jen reconnect with Blonsky as she tries to work through some of the issues she’s been dealing with since becoming a hulk. 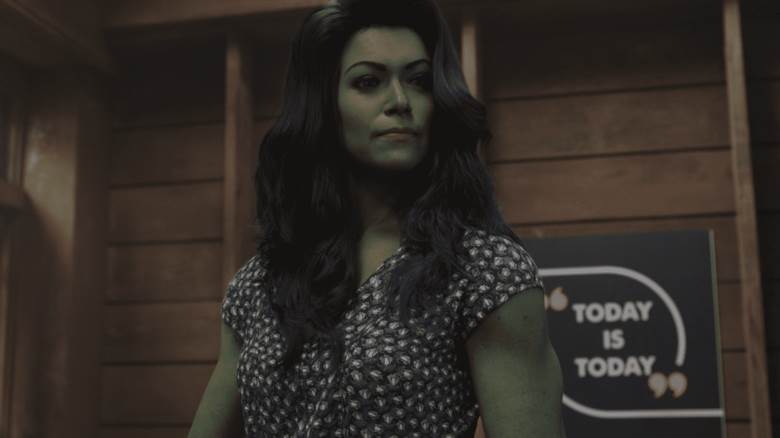 The episode opens with a montage of Jen dating Josh, whom she met last week at the wedding. Things appear to be going very well over the course of a few dates until Jen finally invites him into her home. The next morning, Jen wakes up to find that Josh is gone and the mood shifts. Suddenly, she’s not getting a reply from him and it’s clear she is troubled. Come on, we all knew this Josh guy was going to be bad, right?

At work, Nikki sees that Jen is distracted and asks her if she is going down a rabbit hole on Inteligencia. Jen shrugs that off, saying she doesn’t care about the site, and explains instead that she is waiting for a text from Josh. Nikki puts a limit on her checking her phone and reassures her that he’ll text back. Another montage shows us that no, he will not. Although this one includes a shot of Miss Piggy, the She-Hulk of the Muppets, if you will.

On Sunday, three days since she’s heard from Josh, Jen wakes up to a call from Chuck, Blonsky’s parole officer. He explains that they dot a reading of a malfunction on Blonsky’s inhibitor and he wants Jen to go up to his ranch with him for protection. Jen reluctantly agrees and we get another montage, this time of Jen driving while still hoping for a text from Josh.

They arrive at the ranch and Chuck quickly fixes Blonsky’s inhibitor. Blonskey explains that it likely malfunctioned after a jolt he got from an electric fence while saving his favorite chicken. Chuck quickly gets out of there as he is clearly not a fan of visiting that ranch.

Jen and Blonsky chat as she makes her way back to her car but they are interrupted by a fight between a man in a matador costume and some sort of creature. Jen hulks out and puts a stop to the fight but not before they crush her car. Afterwards, the two reveal themselves as Man-Bull and El Aguila. And you guessed it, these are both characters form the comics. Man-Bull is a low level supervillain who has crossed paths with Daredevil and El Aguila is a mutant who lost his abilities after the Scarlet Witch depowered almost all the mutants on Earth.

Jen has to wait all day for a tow truck and learns quickly that Blonsky’s ranch has no wifi and gets no cell service, so she can’t even work or hope for a text from Josh. She wanders the compound searching for service and finally finds one bar in a room where Blonsky is holding a meeting with the two we met earlier and a couple new faces.

We learn that these new characters are Porcupine and Saracen. Porcupine is… a porcupine and another low level supervillain who has faced off with Spider-Man. Blonsky explains that Saracen thinks he’s a vampire. Well, in the comics, he is a vampire. His introduction is interesting, given that Marvel is about to venture into horror with Werewolf by Night and even into the vampire subgenre when Blade hits theaters next year. Even more interesting, Man-Bull later brings up Saracen’s father and Saracen warns him not to talk about him. Could this be a hint that Saracen’s family will have a role to play in the future of the MCU? Is Dracula his father? 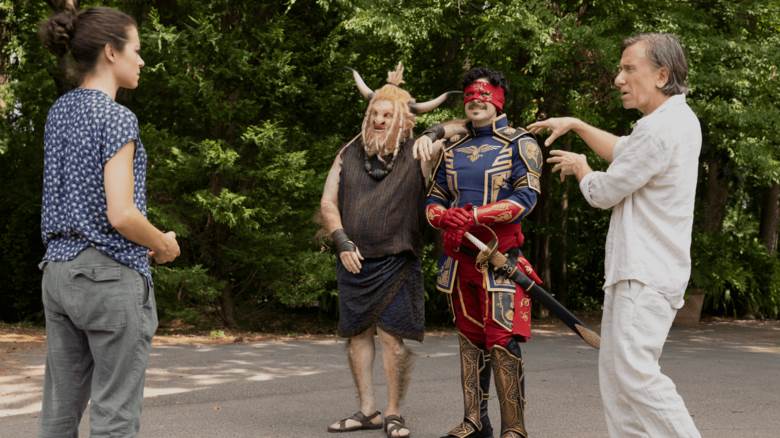 Jen watches the meeting until Wrecker enters the room, clearly another one of Blonsky’s… patients? Jen breaks the fourth wall and calls for a “previously on” and we see Wrecker and the Wrecking Crew attacking Jen from Episode 3. When we get back to this episode, She-Hulk attacks Wrecker. Blonsky puts a stop to the attack by making Jen sit in the “calming chair.” Man-Bull welcomes Jen to the circle and Wrecker assures her he wants to work through their issues.

Jen begrudgingly agrees to join the circle and the focus quickly shifts to her constant attention being paid to her phone. She explains everything with Josh and, after Saracen suggests Josh just wanted her blood, they eventually convince her to give up on him and delete his number. That opens Jen up to the idea of some more treatment and she agrees to use the yurt. Her eventual approval sends the group into a fit of cheers.

After the tow truck driver shows up, the group sees Jen off. As we see her drift off in the passenger seat, we cut to three days earlier. We see Josh get up in the middle of the night at Jen’s place and copies all of the date from her phone. He also sends a message to HulkKing, withe a syringe emoji, a vile emoji and a thumbs up emoji. See, we all knew Josh was bad. Also, Saracen was right. Josh was after her blood.

Despite the fact that there was once again no tag and still not Daredevil sighting, this was another great episode of She-Hulk: Attorney at Law. Jen calling for a “previously on” is one of the best gags in the show and they threw a bunch of minor comics characters at us, which is always fun for comic fans. That being said, there are only two episodes left and this show seems like it could be on a very familiar path of backing itself into a corner with too much to wrap up in the finale. Hopefully next week’s episode moves the story along enough so that won’t be a problem.

You can watch Marvel’s She-Hulk: Attorney at Law on Disney+ now.