“The book was written in 2004, and so I wanted to look at what would have been different about Karen’s world,” revealed writer Emer Kenny about Karen Pirie, the series adaptation of Val McDermid’s best-selling series of mystery novels. The new mystery series makes its U.S. debut on October 25th on BritBox, with a recent TCA press conference celebrating the show’s domestic release. With the show set in the present, the conversation quickly steered towards changes made from the original text, which includes the rise in prominence of true-crime podcasts. “We've got this big, true-crime podcast phenomenon which is that all of these old cases have been brought up. And it just felt right that she would be aware of that world and that world would be kind of coming into her police world.” 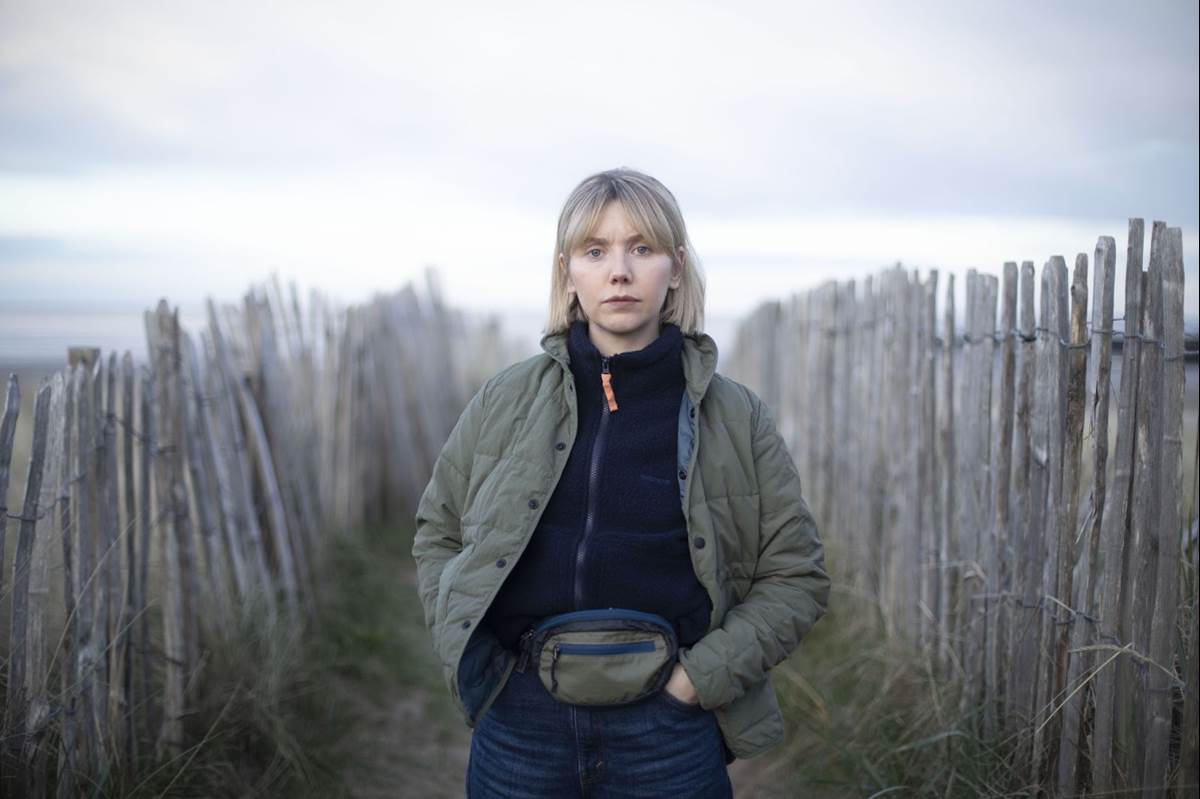 In addition to the present-day setting being updated to 2022, so too was the time of the cold case Karen investigates. What was 1978 in the novel is 1996 in the series, maintaining the 25-year gap. “It was a really interesting time visually and with the music and the fashion, and that’s why we open on the England vs. Germany semifinal of the year is because that would’ve been quite a big thing going on in Britain at the time,” Emer Kenny explained. “Because there’s a sort of tension between the English and the Scottish, particularly around sports, that’s why the Scottish cheer for Germany. And so we were always trying to find those iconic moments from ’96 that felt British and Scottish.” One trope the team avoided with flashbacks is a tendency to mute colors, instead ramping them up. “In the U.K., at that time, they had orange street lights. So I think you’ll see in the show whenever in the ‘90s, there’s like an orange glow over everything, which doesn’t feel like a filter on the camera. It's more like that’s actually how everything looked because the street lights were orange.”

One theme that does remain constant from the leap to the screen is sexism, with Karen Pirie assigned to an open case of a missing woman. Something that actress Lauren Lyle unintentionally brought to the role was her height. “They wouldn't have been able to know my height,” Lauren Lyle shared, having landed the role before anyone knew she was vertically challenged. “There was something really powerful about having no choice in being smaller and having to like attention and assert herself… Karen’s like that where she does have to sort of take control and really fight for attention and fight for what she needs and wants. And it really helped. I was genuinely surrounded by big men the whole time. And there are some really hard scenes with some really powerful messages later down the line with men that are a lot bigger than me and suspects and things like this. They really go for Karen, and she has to just take it, and she’s got to stand up to it and stand up to them. It makes for a really unseen dynamic than you've seen before with police, and women police especially, and suspects on TV. I just don't think she is a person and a character that has been represented before, which was so cool and exciting to do.”

Set in and filmed around Scottland, the production took advantage of the country’s relics of the past. “I did grow up around ruins,” explained Lauren Lyle. “There is nowhere you can shoot like Scotland, you can't replicate it anywhere; the landscapes, the hills, the history. There are places in Scotland that are thousands of years old, and it's like you just cannot do that elsewhere, and you can't put that onto a set. So it does enhance everything and what you're shooting in and allows for a real reality to the place. We shot in St. Andrews Cathedral, which is such an old building and half of it's very original… One-half of it's from a time that is like you would have no evidence of now. And then the other half is from like the Year 500 or something like that. And we were in that one night, and it's the graveyard and, yeah, it's really special and really creepy.”

Karen Pirie doesn’t just stand out against other literary detectives for being a woman, but also for how she dresses. It was a fun moment when both Emer Kenny and Lauren Lyle came to the character with a shared source of inspiration – Gracie Hart from Miss Congeniality. “The costume designer said it’s important for a detective to be iconic with something in the way that the lead detective in The Killing was so identifiable with that jumper or you’ve got so many different kind of things you’d recognize from different detectives,” Emer Kenny explained. “Once we saw the bum bag we were like, yes, it’s perfect because it's not fashionable, it's so practical, but we’ve never seen it on a detective before. And it felt kind of fun and still quite youthful.” Sherlock Holmes had his deerstalker hat, Hercule Poirot his mustache, Nancy Drew her magnifying glass, and The Hardy Boys their flashlights. For Karen Pirie, it’s all about the bum bag, or fanny pack as we call them in the states.