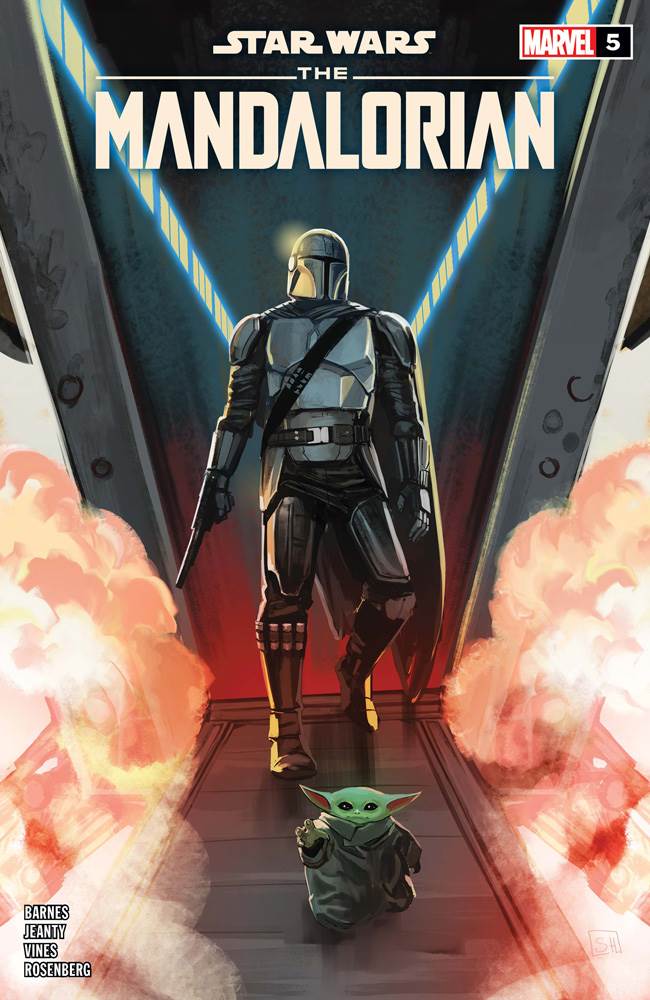 We’re still more than three months away from the third-season premiere of The Mandalorian on Disney+, but in the meantime we’ve thankfully got Andor, Lucasfilm’s Willow series, The Bad Batch season two, and Marvel’s entertaining comic-book adaptation of The Mandalorian’s now-legendary first season to keep up occupied.

Star Wars: The Mandalorian #5 is an adaptation of the episode entitled “The Gunslinger,” which is largely set on the planet Tatooine, best known as both Luke and Anakin Skywalker’s homeworld from the Star Wars films. Mando arrives in Tatooine’s Mos Eisley spaceport in search of repairs, and there he meets the mechanic Peli Motto (played by the hilarious Amy Sedaris in the show), who takes little Grogu under her wing as the title character heads into town to look for a job. At the Mos Eisley cantina, we’re introduced to the wannabe bounty hunter Toro Calican, who clues him in to a job hunting for assassin Fennec Shand. The two hunters ride off into the Tatooine desert together, where they both encounter more than they bargained for. Fans of The Mandalorian will also remember this episode as the installment that reintroduced Boba Fett (through his boots only) into the Star Wars canon post-Return of the Jedi and gave us some good action sequences, plus a fun interaction between Mando, Calican, and some Tusken Raiders in the desert. 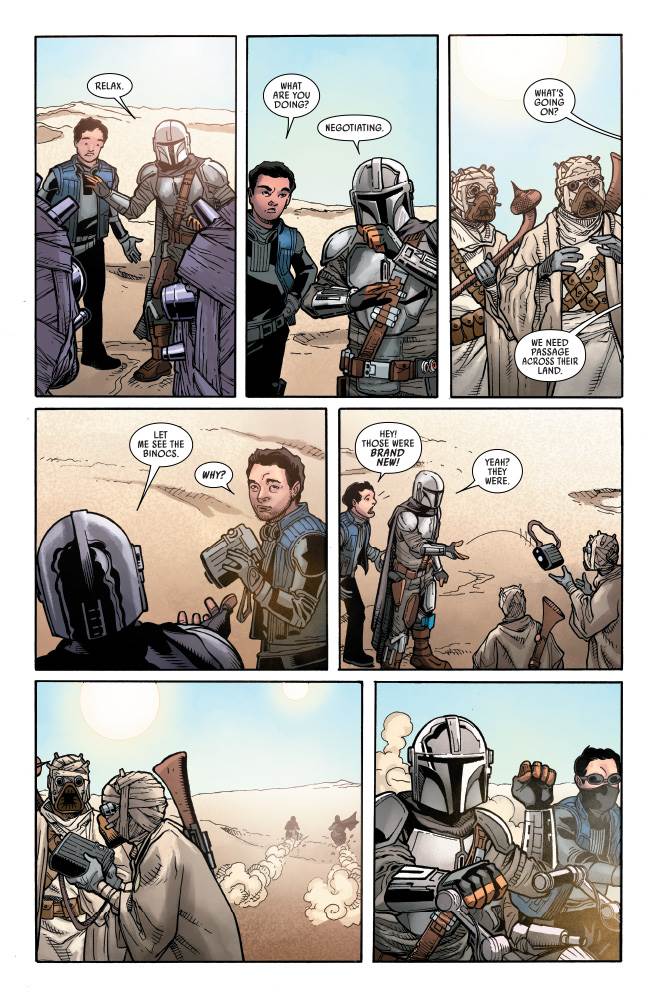 Like the four issues before this one, writer Rodney Barnes has done a faithful job in adapting The Mandalorian executive producer Dave Filoni’s script, pacing it out well over the course of a supersized comic, while artist Georges Jeanty continues to excel at recapturing the spirit of this live-action Star Wars television series that first captured our imaginations a few years ago. I especially like Jeanty’s detailed renderings of the various ships and vehicles of A Galaxy Far, Far Away, accentuated perfectly by the coloring talents of Rachelle Rosenberg. But as always, because this is a fairly straightforward adaptation of an episode we’ve all (if you’re anything like me) already seen multiple times on Disney+, there just isn’t a whole lot to say except that I’m still enjoying experiencing these stories in a different medium thanks to this talented team of creators. 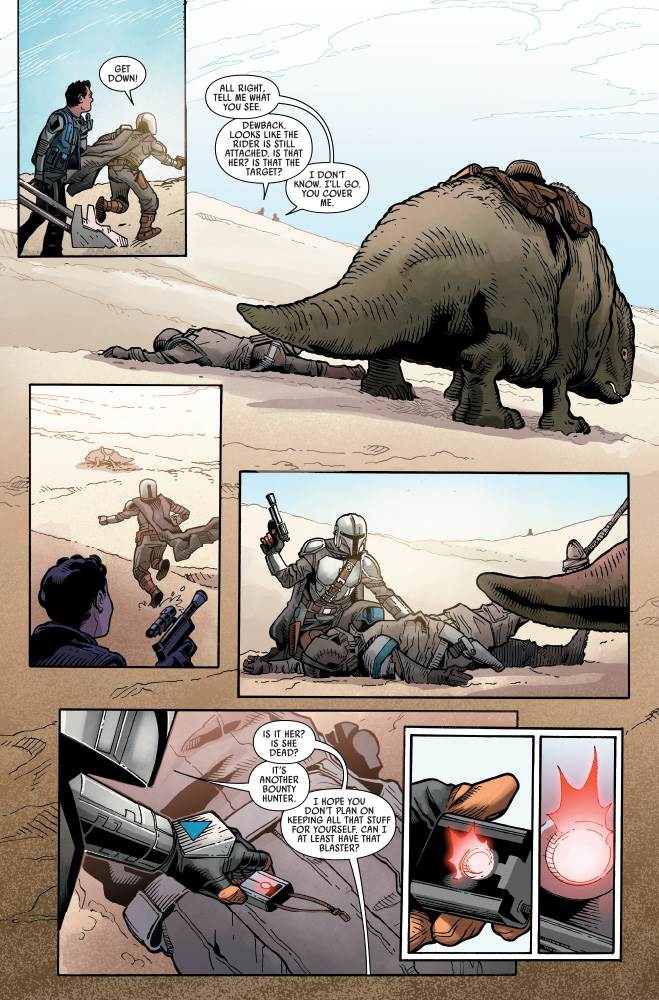 Star Wars: The Mandalorian #5 is available now wherever comic books are sold.