There’s a new hand-drawn Mickey Mouse short coming to Disney+! Titled “Mickey in a Minute,” veteran Disney animators Eric Goldberg, Mark Henn, and Randy Haycock take fans back in time through some of Mickey’s most iconic roles in just 60-seconds. To see it, you’ll have to watch the new documentary film Mickey: The Story of a Mouse, premiering November 18th, which also happens to be the big cheese’s 94th birthday. 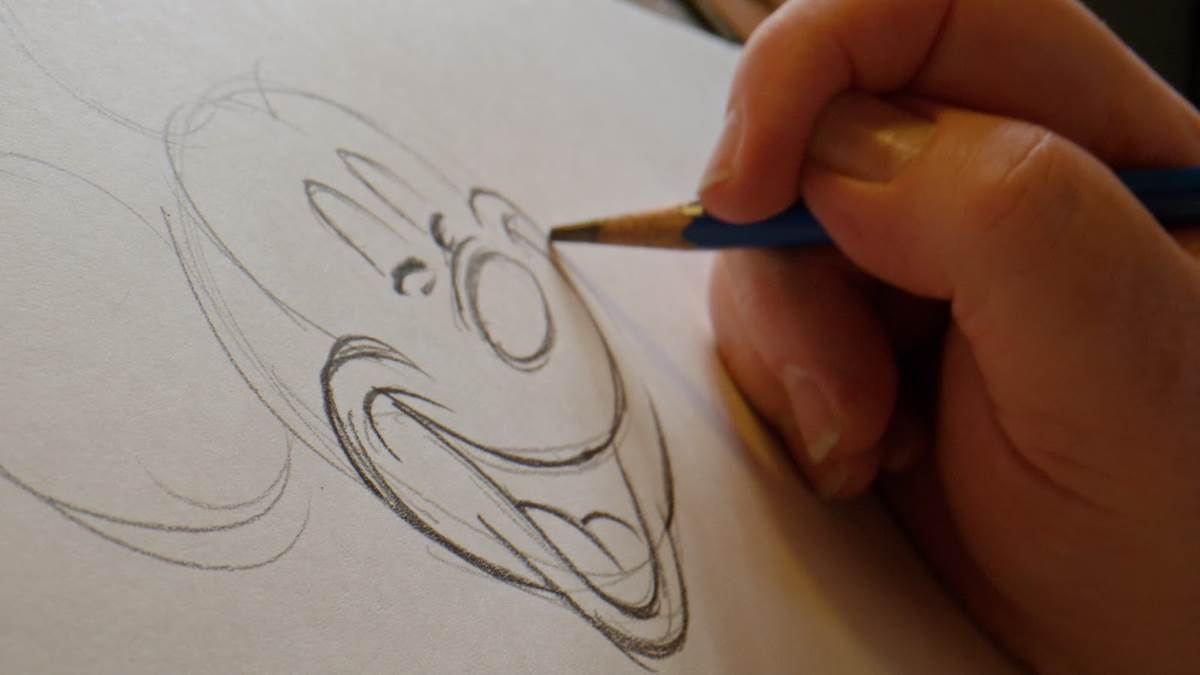 The film chronicles the creation of “Mickey in a Minute” through interviews with the animators, a peek into the voice recording session with Mickey’s present-day voice Bret Iwan, and occasionally checking in on how the project is progressing. But making up just a minute of the film’s 89-minute runtime, the short is more or less a weenie (to use a Walt-ism) to entice Disney+ subscribers to learn more about the mouse that started it all.

As a well-read Disney fan, I went in expecting not to learn much and to simply be entertained by the familiar story of Mickey’s creation. However, Mickey: The Story of a Mouse is bolder than I expected, not unlike Mickey’s persona prior to becoming a symbol for all that is good and pure. Among the most jaw-dropping scenes are how Mickey’s worldwide appeal was used during World War II, with heartbreaking images shown of children in concentration camps wearing their mouse ears and forming a pseudo-Mickey Mouse Club, or pages from a comic created in the camp of Mickey going through the same horrors.

Branded as a “Disney Original Documentary” (produced by Tremolo Productions), I was also surprised to find that darker elements of Mickey’s story are featured. The film carries a TV-PG rating and includes footage from early Mickey Mouse shorts that are overtly racist, along with talking-head discussions about how these scenes should make you feel. And Mickey’s status as the poster child for the 1960s counter-culture movement is on full display, from The Ramones rocking out in Mickey t-shirts to Milton Glaser’s unsanctioned short film “Mickey Mouse in Vietnam.” The character has taken on a life of his own beyond The Walt Disney Company and corporate actions, like removing unlicensed hand-painted images of Mickey from childcare facilities, are looked back on with regret.

Critics of the contemporary Mickey Mouse shorts by Paul Rudish will be surprised by the Disney Channel short-form series’ origins through talking head interviews with former CEO Bob Iger, who launched a company-wide initiative in 2005 to destigmatize Mickey’s status as a corporate symbol by reinfusing the character with some of his original daring-do spirit from the earliest shorts. Lauren MacMullan is featured in this section, director of the 2013 short film Get a Horse!, which took Mickey’s earliest form forward into the present. Also included in this section of Mickey’s story is Warren Spector, creator of the fan-favorite Epic Mickey video game series.

The creation, popularity, and enduring spirit of Mickey Mouse is Americana at its core and that tale (or tail) is on full display in Mickey: The Story of a Mouse. Mickey has taken on a lot of roles over the years, but at the end of the film, the one that feels most important is “Friend.” He’s your friend, he’s my friend, he’s everybody’s friend. He’s Mickey Mouse.

I give Mickey: The Story of a Mouse 5 out of 5 pairs of yellow shoes.

Mickey: The Story of a Mouse premieres on Friday, November 18th, only on Disney+.