Press Your Luck is getting into the spirit of the season with “Press Your Luck’s Holiday Extravaganza,” airing Tuesday, December 6th at 9/8c on ABC. We’re pleased to partner with Fremantle to bring you an exclusive advance clip from this holiday episode. Watch as Ben takes his turn, discovering some of the fun holiday-themed surprises that have been added to this edition of the hit game show.

Hosted by multi-hyphenate star Elizabeth Banks, Press Your Luck is a game of wits, strategy and even higher stakes as contestants try to avoid the iconic and devilish WHAMMY for a chance at life-changing cash and prizes. During each game, three contestants compete against each other answering questions to earn spins on the Big Board. Contestants then use their spins to win cash and prizes while trying to avoid the WHAMMY, who could take all of their winnings and leave them with nothing. The winning contestant moves on to the All-New Bonus Round to face the WHAMMY in a final battle for the chance to win a fortune. Produced by Fremantle, Press Your Luck is executive produced by Jennifer Mullin and John Quinn, who also serves as showrunner. 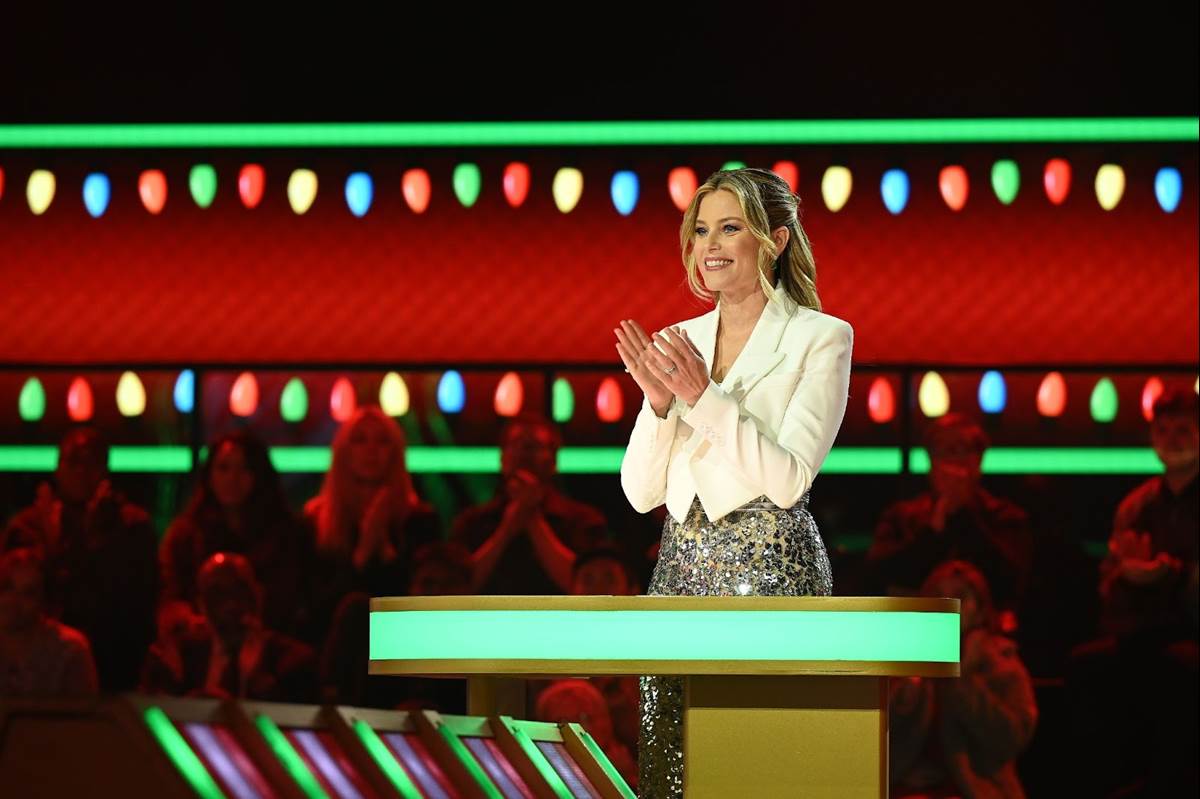 Press Your Luck is produced by Fremantle. The show is executive produced by Elizabeth Banks, Max Handelman, and John Quinn, who also serves as showrunner. New episodes stream on demand and on Hulu the day after they air.