Are you ready to go back to Pandora? Visionary director and ocean explorer James Cameron dives into a new abyss in the long-awaited follow-up to the highest-grossing film of all time with Avatar: The Way of Water. If the bioluminescent forests and floating mountains of Pandora captivated you in the first film, wait until you see the heart of its oceans. 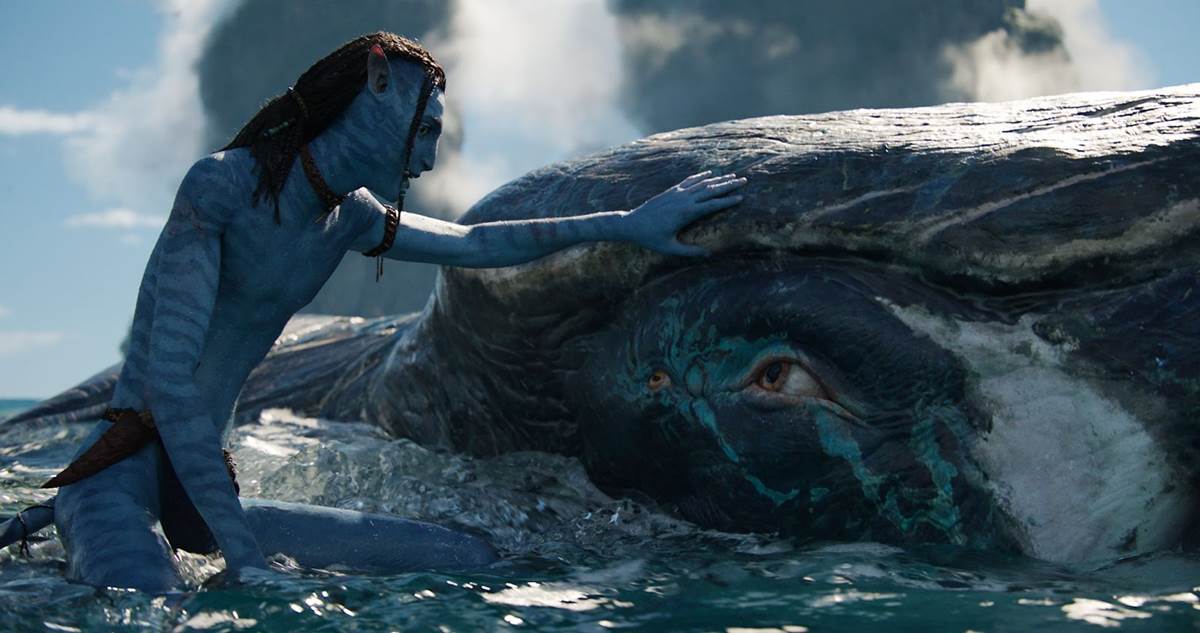 Jake Sully (Sam Worthington) and Neytiri (Zoe Saldaña) not only lead the Omatikaya clan of Na’vi, but are also parents to Neteyam (Jamie Flatters), Lo’ak (Britain Dalton), and Tuk (Trinity Jo-Li Bliss); adoptive parents of Kiri (Sigourney Weaver); and surrogate parents of human orphan Spider (Jack Champion), who was unable to return to Earth with the rest of the RDA. When “The Sky People” return to Pandora to harvest another of its lucrative natural resources, they bring along a military team of avatars, including one with the memories of the vengeful Recom Colonel Miles Quaritch (Stephen Lang), who has a personal vendetta against Jake Sully. Attempting to hunt down Jake and his family, they evade capture by venturing away from their family and seeking sanctuary with the island Metkayina clan, led by Ronal (Kate Winslet) and Tonowari (Cliff Curtis), where they will have to adapt to a new way of living to survive. But is anywhere on Pandora safe when the hunt is as personal as it is for Quaritch?

Another fish-out-of-water story, Avatar: The Way of Water is one of the rare sequels that is better than the first film, which isn’t too surprising given James Cameron’s track record. It’s unnecessarily long at just over 3 hours in length, largely to establish Jake and Neytiri’s children, although the numb sensation in your rear is rewarded emotionally for the investment. And those that felt the first film was “Pocahontas in space” will find a story that feels more original here, although there are others that are called to mind, particularly Herman Melville’s Moby Dick.

Some elements of Pandora’s ocean world were first introduced in the attraction Avatar Flight of Passage at Disney’s Animal Kingdom (the film’s credits thank the Cast Members for helping to bring Pandora to life), but much of the film’s grandeur comes from meeting the Metkayina clan of Na’vi. Unlike the green-eyed cat-like forest region Na’vi, the oceanic Na’vi are strikingly different with adaptations designed to live in harmony with the water. And just like the pa'li (direhorses) and ikran (banshees) on land, many of the marine animals feature tendrils the Na’vi can connect to. They dive or fly on the backs of ilu, winged sea serpent-like creatures, and also make spiritual connections with the whale-like tulkun as a right of passage. Beyond that, the oceans have their own answer to the Eywa tree of souls of the forest and its mystical seeds. 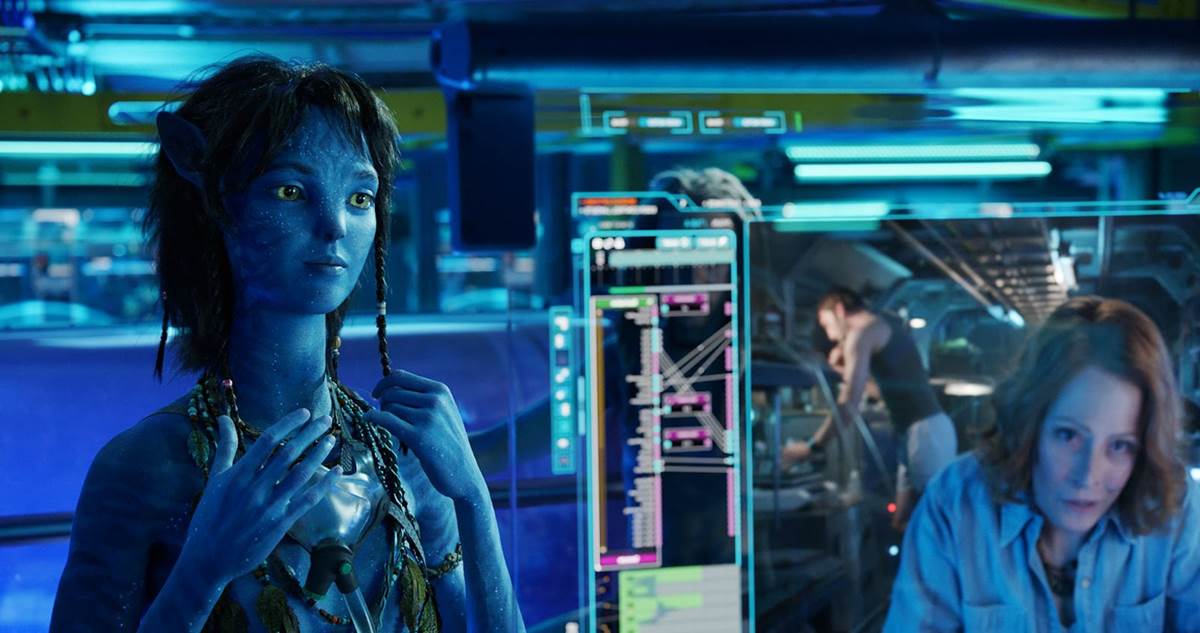 While revenge on Jake Sully is at the story's core, the narrative shifts the focus to his children. There’s religious subtext through the character of Kiri, mysteriously born of the dormant avatar of Dr. Grace Augustine, which makes her motion capture and voice performance by Sigourney Weaver feel not only appropriate but also necessary (I foresee the nickname “Blue Jesus” being tossed around on social media when the film is released). Arriving on the island looking different and with other cultural norms, Neteyam, Lo’ak, and Tuk face varying degrees of Na’vi racism and bullying from their new peers. And as with the first film’s strip-mining of unobtanium, the sequel touches on themes of conservation and overfishing without being preachy.

In terms of spectacle, Avatar: The Way of Water is worth seeing on the biggest screen possible with the most number of speakers and in 3D. I experienced the film in IMAX format and felt like I was on a 3-hour version of Avatar Flight of Passage. The depth of screen felt deeper than I expected, although that could be because I haven’t seen a 3D film on the big screen in several years. And while the reclining loungers at my theater weren’t DBOX, the subwoofers occasionally gave the perception of motion. The one drawback is some awkward moments caused by the High Dynamic Range at 48 frames per second. Particularly in the climactic final act, some fast action begins to look almost like a video game despite the high quality of all of the film’s visual effects. But overall, the higher frame rate looked better here than it did in The Hobbit trilogy.

Avatar: The Way of Water is a family story and one that will likely increase in its emotional payoff as future films follow these newer characters. Splashing into theaters on December 16th, just in time for the holidays, the film’s themes will make you feel closer to your loved ones, although the long runtime and some unnecessary language use will alienate families with little ones. If you enjoyed the first film, you’ll probably be even more enamored with its sequel. And if you were lukewarm to Avatar, I still recommend giving this one a chance; runtime be damned. 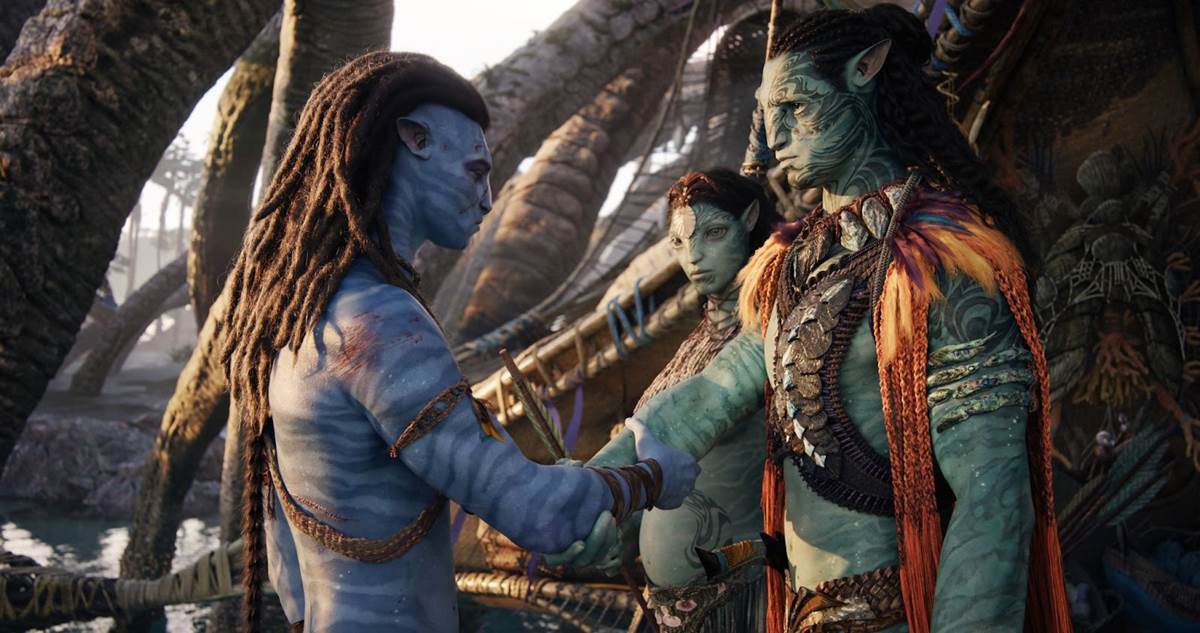 I give Avatar: The Way of Water 4.5 out of 5 Metkayina tattoos.

Avatar: The Way of Water comes exclusively to theaters on Friday, December 16th.