Christmas is nearly here and Let’s Make a Deal is ringing in the season with holiday-themed episodes to close out the week. We’re pleased to bring you an exclusive advance clip from an episode that airs on Thursday, December 22nd, featuring a contestant dressed as Santa Claus bringing personalized cookies to host Wayne Brady, announcer Jonathan Mangum, model Tiffany Coyne, and keyboardist Cat Gray. Take a look!

“Christmas comes early at LMAD in 2022! The holiday festivities begin December 22nd on LMAD with traders taking a ride on the Christmas Cash Train, opening the countdown calendar, and revealing gifts with prizes inside! Then, the celebration continues on December 23rd with Wayne writing a letter to Santa and a wise man playing Car Pong. With a Christmas cruise plus 7 other trips, 4 cars, & even 5 golden rings wrapped for the winning, it is sure to be 2 very merry episodes!”

Revived in 2009 by Fremantle Media and broadcast on CBS, Let’s Make a Deal is a classic game show that has delighted audiences for more than 55 years. Hosted by Wayne Brady, members of the studio audience are chosen to make a deal, choosing an item they can see or selecting a mystery item behind the curtain that they are only given clues about. The mystery item could be worth more, or it could be worthless. You’ll have to tune in to see what happens!

Let’s Make a Deal airs weekdays on CBS Daytime. Check your local listings for the exact time or watch in the CBS app. 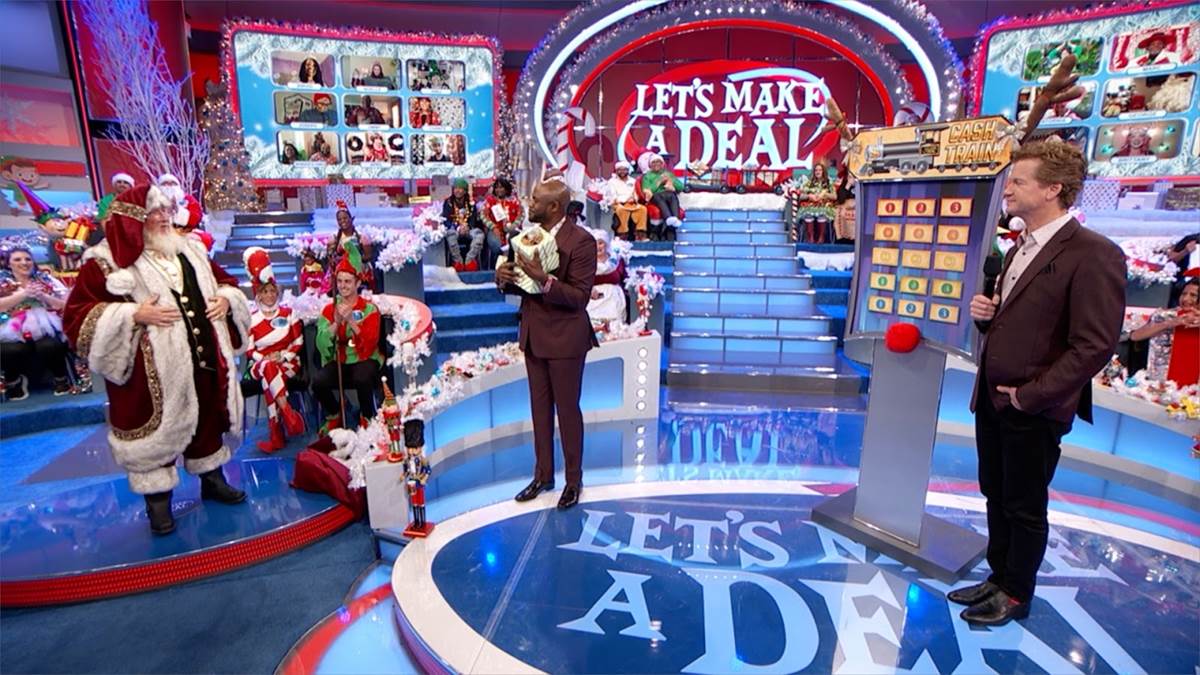