The Avengers have been assembling for almost 60 years but they’ve never assembled quite like this. This multiversal event has been going on for quite some time and it has all led to this. Avengers from across the multiverse have assembled to take on an army of Mephistos.

“Avengers Assemble #12″ is the beginning of the end for this epic Avengers event and it kicks off the big battle at Infinity’s End. The multiversal Avengers still have to deal with the Multiversal Masters of Evil, but first they have to get past the problem knocking on their front door. 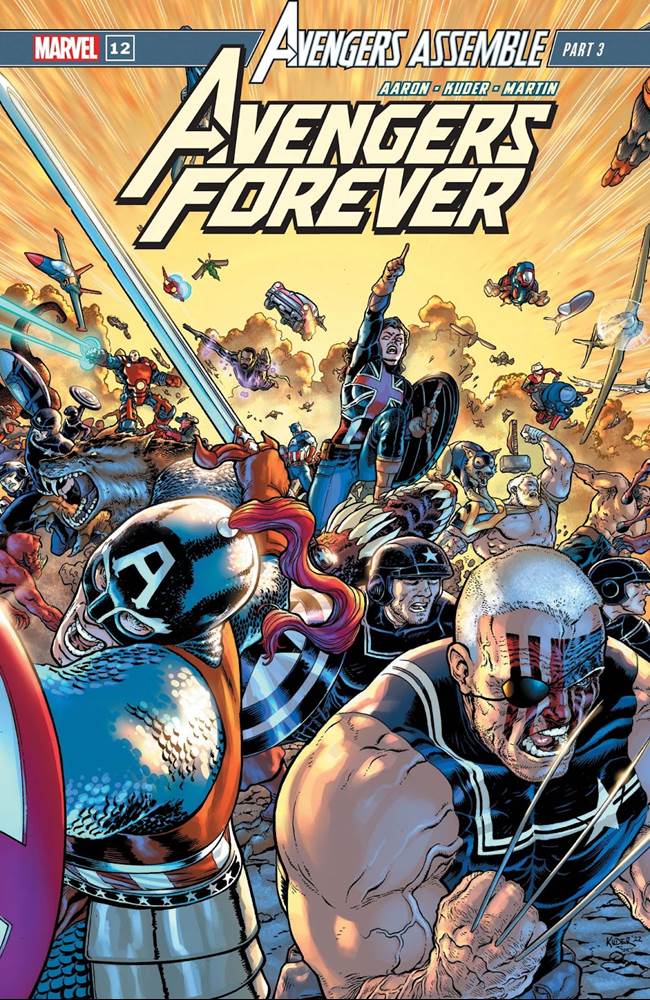 Tony Stark, also known as Ant-Man, has assembled Avengers from across the multiverse and brought together a seemingly unbeatable force. Unfortunately, Doctor Doom’s Multiversal Masters of Evil are still lurking in the shadows as an army of Mephistos comes barreling down on Avengers Tower.

The war begins with Captain Americas from every universe on the front lines and the Carol Corps backing them up. Staring down an army of literal devils, these heroes do what they do best and face them head on. Of course, it helps when you have a Star Panther and a God of Fists on your side.

But the real threat isn’t the one attacking in plain sight. There’s another problem coming for the Avengers and Ant-Man and his team are on the job to stop it. Mephisto always has some tricks up his sleeve and this time it’s no different. The Avengers are going to need some extra fire power to handle this one. 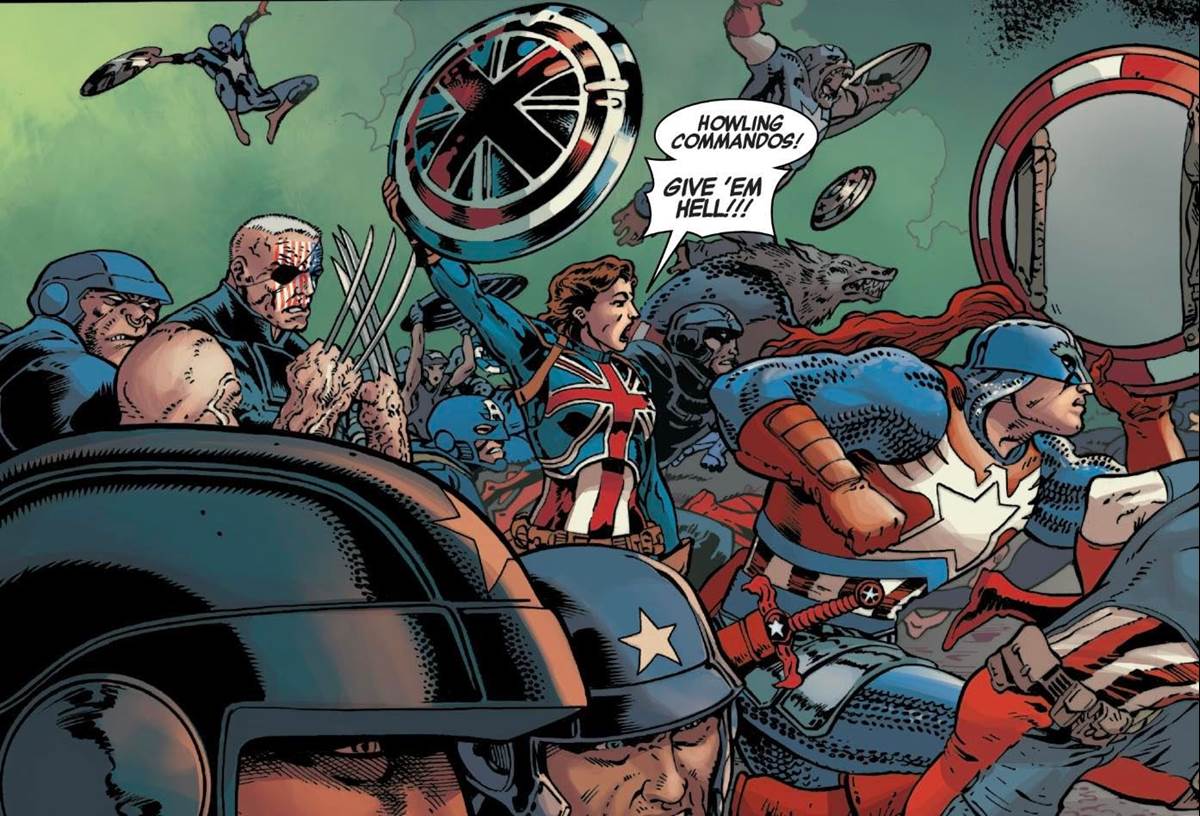 If you like your comics to be loaded with action, you’ll love this issue. Most of this book is just the fight taking place on the front lines between a whole bunch of variants of your favorite characters and a bunch of nondescript variants of a demon. You’ll get down to the last few pages before you actually read any dialogue that really progresses the story.

The thing about this issue that is really difficult to nail down is the stakes of it all. This is as big as an event can get as the battle is literally for all of existence. However, the characters involved are not ones we truly care about. The aforementioned variants of our beloved heroes have either been introduced in recent months or are appearing for the first time in this issue and it’s difficult to even tell them apart sometimes. Any consequences this book would deliver would fall flat. One great thing about this whole “Avengers Forever” series though has been the design of some of these sort of mashup characters on which this story focuses. The art depicting the nonstop action of this issue is great and that is furthered by the unique look of some of these characters. It just doesn’t do much to actually get the reader invested in those characters.

One thing this book does accomplish is setting the stage for the big finale. We’ve always known Mephisto wasn’t the final threat here. And though he is still coming at the Avengers for all angles, there’s still the threat of Doom and his team. Now we know that the Avengers are brining to the table. The only question is: will they be ready for what’s next? You can check out “Avengers Forever #12″ now.