In last week’s two-part second-season premiere of Lucasfilm’s animated Disney+ series Star Wars: The Bad Batch viewers were reintroduced to the titular team of clones with “advantageous mutations,” who continue to evade the forces of the Empire as they struggle to survive in a radically changed galaxy.

But the one major character we didn’t get to catch up with in the premiere was Crosshair– the only member of Clone Force 99 who has chosen to ally himself with the Empire in the aftermath of Order 66. Thankfully, the creative forces in charge of The Bad Batch have rectified that pretty much right away by giving fans a Crosshair-centric episode in the following week. 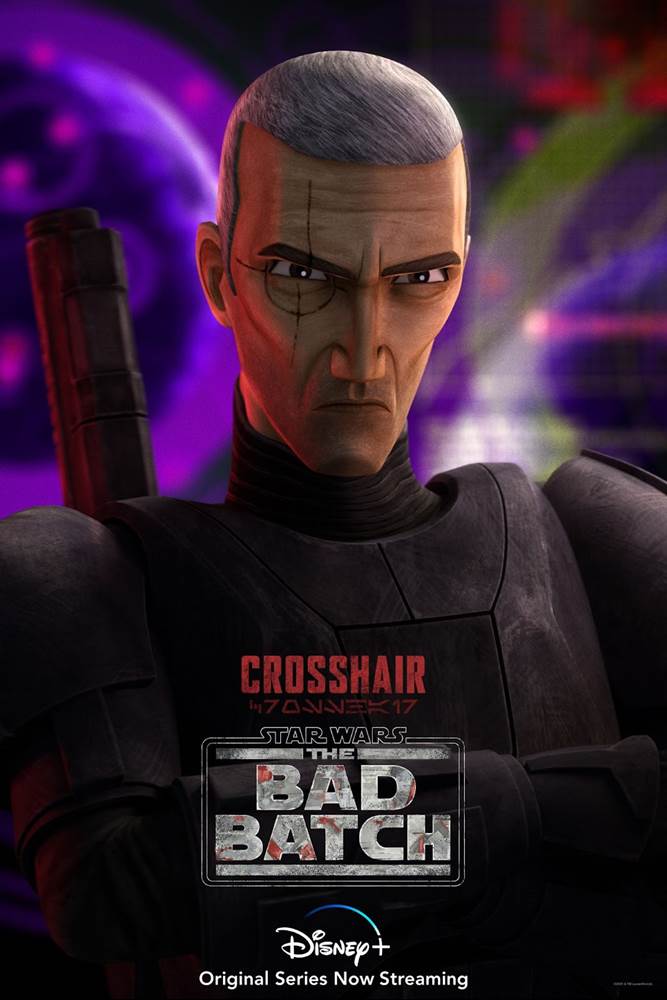 The third installment of The Bad Batch season two, entitled “The Solitary Clone,” opens with an Imperial dropship landing on the Separatist planet of Desix. There the local ruler Tawni Ames (voiced by guest star Tasia Valenza from popular video games such as the Metal Gear Solid and Batman: Arkham series) rebuffs Imperial Governor Grotton’s (Max Mittelman from 2017’s Spider-Man animated series) demands to hand over control of the government to the Empire. Instead, she takes Grotton hostage and declares Desix an independent world. Consequently, at an Imperial clone-trooper barracks on Coruscant, Crosshair (Dee Bradley Baker)– who has finally returned to health after the events of last season’s explosive finale, though he finds himself lonely and isolated among the other clones– is assigned by Vice Admiral Rampart (Noshir Dalal) to travel to Desix and reclaim the planet for the Empire. But while Crosshair assumes he will be in charge of the operation, Rampart insists the clone is not ready to return to that type of leadership role just yet, putting him under the responsibility of Commander Cody (Baker as well). Crosshair is hesitant about being under Cody’s command, but “Good soldiers follow orders,” so together they embark to the Separatist world with a squadron of clone troopers.

On approach to Desix, Cody’s transport is shot down, but he and Crosshair survive the crash and invade Ames’s fortress with the few troopers who can still move. They take on wave after wave of Separatist Battle Droids (Skywalker Sound artist Matthew Wood, returning to what is likely his most famous voice role) and finally confront Tawni Ames at the top of a tower, where she has Grotton hostage. Cody attempts a diplomatic approach to the situation, successfully talking Tawni down from holding a blaster point-blank to Grotton’s head, but once she releases the governor in exchange for the promise of peace, Grotton orders Cody to execute Ames. Cody hesitates, not wanting to go back on his solemn word, but Crosshair takes the opportunity to murder Tawni himself. Back on Coruscant, Crosshair is given another assignment by Rampart and told that Cody has gone AWOL after their mission. Rampart makes the observation that the clones serving alongside Crosshair tend to become untrustworthy, implying that Crosshair’s actions may have something to do with why both Cody and Clone Force 99 have abandoned their posts.

I thought this episode was pretty terrific overall, mostly because it didn’t pull any punches and allowed itself to tackle some very serious themes when it comes to the concept of free will and the clones’ relationship with the Empire. The action here is incredibly well choreographed, and I especially loved watching Crosshair and Cody’s incursion of the fortress as they battled their way up that spiral staircase, each using their own unique talents to take out the Battle Droids. I’m also really enjoying watching Crosshair’s internal conflict play out on his face– considering this is a character of little words, it’s fairly impressive how we can see the struggle going on in his mind on display almost solely through the animation. There are a number of effective moments in “The Solitary Clone,” but what works best here are the character beats, both from Crosshair and Cody, as they each come to terms with their place in the galaxy after the end of the Clone Wars. 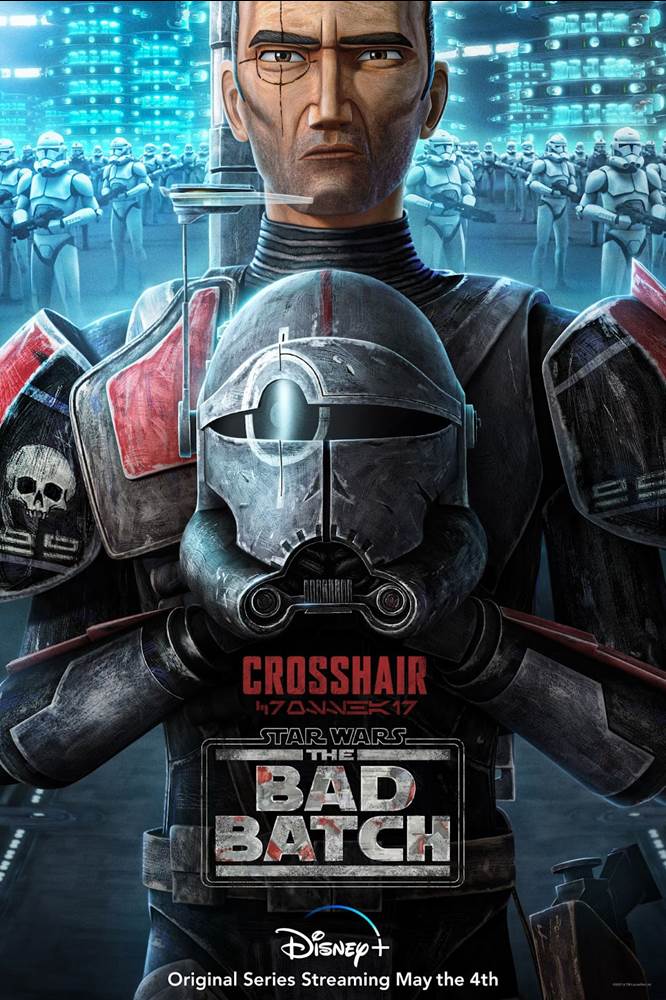