Named after her breakout film role, Pretty Baby: Brooke Shields is an upcoming two-part documentary film from ABC News and Hulu that premiered at the Sundance Film Festival. Brooke Shields was in attendance for the premiere, along with director Lana Wilson and members of the producorial team, including George Stephanopoulos and Ali Wentworth. While the documentary will be presented as a two-part series when it streams later this year, at Sundance, it was treated like a feature film. 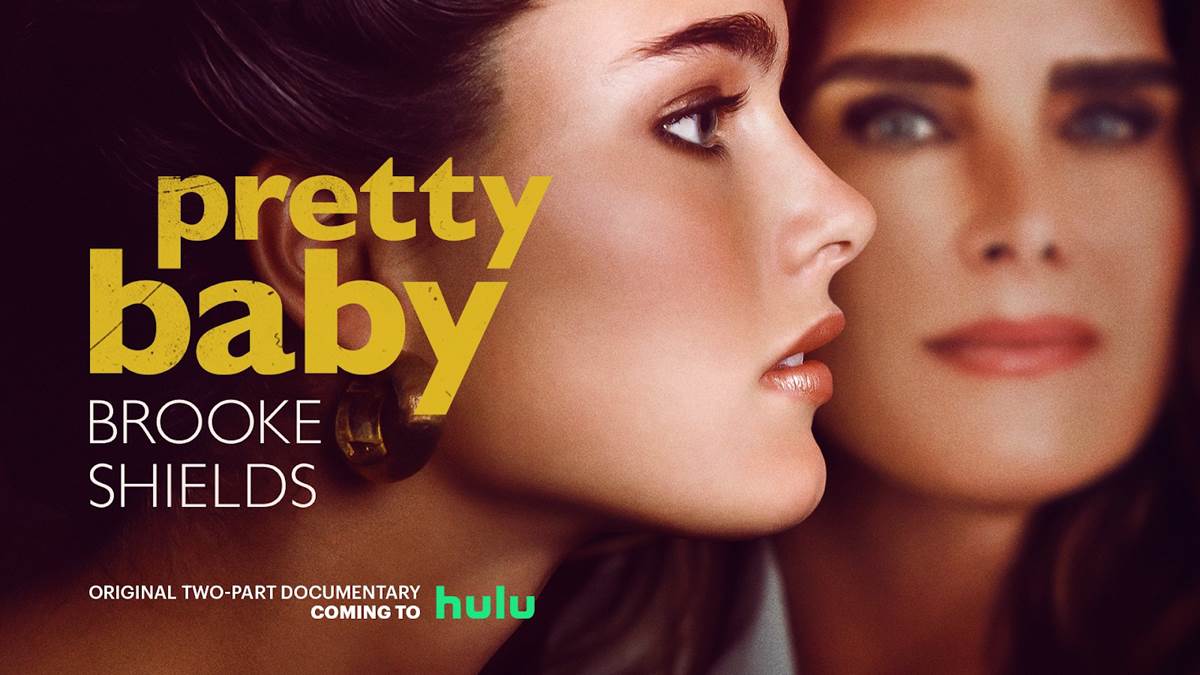 The first episode documents Brooke Shields’ childhood modeling career and teenage acting years. Delving deep into her relationship with her single-parent mother/manager and growing up in the spotlight, you get a sense of how all of these things affected her while seeming normal to Brooke at the time. From the sexualization of a young girl through films like Blue Lagoon and ads for Calvin Klein jeans to a girl who had been raised to live outside of her body, it’s an intimate look at not only Brook Shields, but also everything wrong with our culture’s obsession with youth.

By the end of the first part, young Brooke Shields has discovered that she has a voice. Part two covers a lot of ground, but primarily deals with how she uses it. From rectifying her life with an alcoholic mother to her first marriage and raising awareness for postpartum depression, the second part is bookended by Brooke’s published works – On Your Own (1985) and Down Came the Rain: My Journey Through Postpartum Depression (2006).

The overarching narrative of Pretty Baby: Brooke Shields is the story of a girl who persevered. The story is told through a mix of archival footage, including interviews over the years that show how invasive and uncomfortable the public got into Brooke’s personal life. Recent interviews with Brooke, family, friends, and subject matter experts help further the narrative. Talking heads include celebrity friends Ali Wentworth (who also executive produces), Laura Linney, Drew Barrymore, Lionel Ritchie, Judd Nelson, and Karina Longworth. Some of the most meaningful interviews come from Brooke’s half-sister Marina Longworth and her security specialist who is like a brother to Brooke, Gavin de Becker. The doc is so personal that at times it feels weird to have other commentators weigh in, but they ultimately add a lot of value to the themes of the film. These include BuzzFeed culture writer Scaachi Koul, diplomat Isobel Coleman, writer Meenakshi Gigi Durham, psychologist Deborah Tolman, and sociologist Jeffrey Alexander.

Like the song “Pretty Hurts” by Beyoncé, Pretty Baby: Brooke Shields serves as a reminder that all humans are multifaceted and complex. At one time reduced to just her looks, the documentary showcases Brooke Shields’ core values and intelligence. As a society, we’ve learned a lot from Brooke’s story. And at the same time, a closing family dinner scene with her daughters showcases that we still have a long way to go.

I give Pretty Baby: Brooke Shields 5 out of 5 stars.

Pretty Baby: Brooke Shields will premiere later this year on Hulu. A release date hasn’t yet been announced, but stay tuned for more news regarding this documentary.