It’s been 25 years since Christopher Guest’s beloved musical theater mockumentary Waiting for Guffman was released. It’s remained a cult classic amongst theater geeks ever since, but it’s always nice to have something new to love. Enter Theater Camp from Topic Studios, which just had its premiere at the Sundance Film Festival. 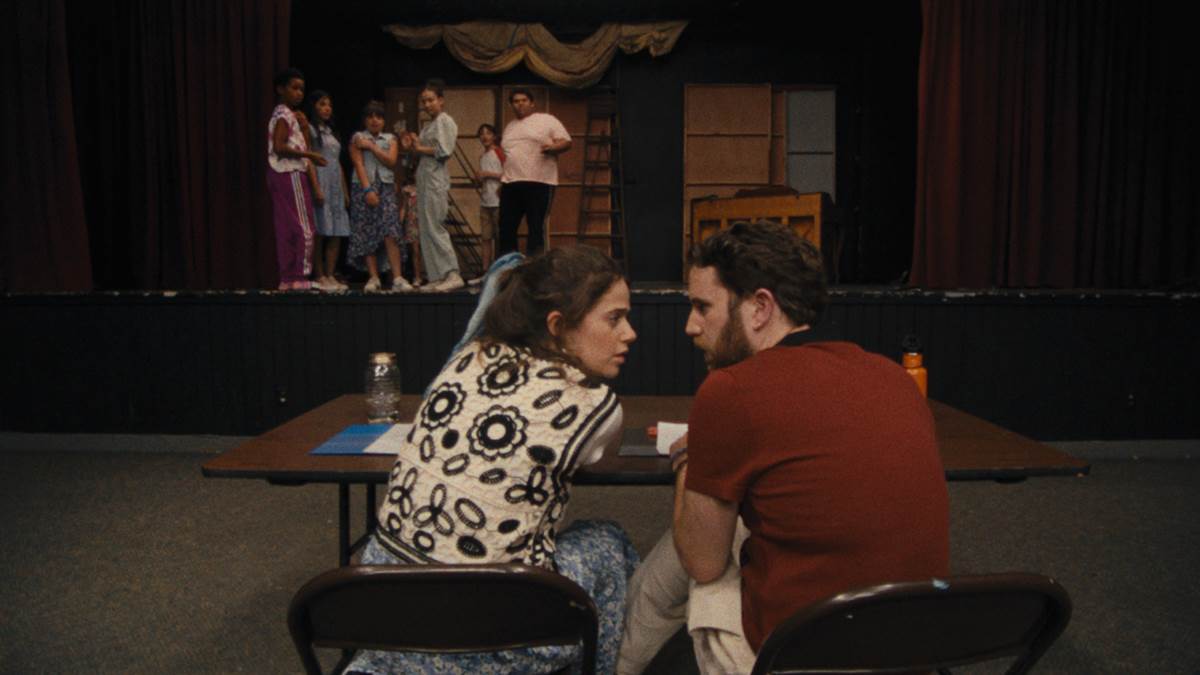 Following a Bye Bye Birdie-related stroke, summer camp owner Joan (Amy Sedaris) is on leave and her bro son Troy (Jimmy Tatro) is doing his best to fill in. With the camp on the brink of financial collapse and a buyout for its land, Troy will have to learn the ins and outs of his mother’s legacy if he will have any chance of saving AdirondACTS. With the camp’s lead counselors/musical writers (Ben Platt and Molly Gordon) paying tribute to his mother with a new musical titled Joan, Still, saving the camp will prove harder than he ever could’ve imagined.

The film instantly brings to mind Waiting for Guffman, but also has splashes of Heavyweights. Playing opposite of Jimmy Tatro’s Troy is financier Caroline, played by Patti Harrison, who sets his crypto heart ablaze in the most bizarre game of seduction imaginable. The AdirondACTS kids have a longstanding rivalry with the boujee camp she represents, so the tension is understandably tense.

With much of the dialogue improvised, the film’s greatest strength are the camp’s teachers. Owen Thiele as the costume director gets a laugh out of pretty much every line. Choreographer Clive, played by Nathan Lee Graham, gives Mary Gillis in Drop Dead Gorgeous by commanding all of his students from a chair without ever demonstrating a move. Ayo Edibiri from FX’s The Bear has real imposter syndrome, having padded her resume as the movement coach. And Noah Galvin, Ben Platt’s betrothed who was also part of the film’s creative team, proves his prowess at physical comedy as stage manager Glenn.

Expanded from the short film of the same name, Theater Camp lovingly pokes fun at the diehard attitude of musical theater kids while paying homage to the medium itself. It’s a joyous, laugh-out-loud comedy and one that the Sundance audience ate right up. The film is destined to become a cult classic amongst the same crowds that made financial flop Newsies a huge success decades after its release. It’s the kind of film that, no matter what its ultimate distribution deal looks like, will be continuously rented by art house theaters to give its most fervent fans the chance to sing (and quote) along with it over and over.

I give Theater Camp 5 out of 5 stars.