The Wicked Ones by New York Times Bestselling author Robin Benway is the first book in the new Dark Ascension series by Disney Publishing. It is a thoughtful, bittersweet origin story of Cinderella’s stepsisters, Drizella and Anastasia, that sheds light on their personalities, struggles, hopes and dreams like fans of the 1950s animated classic have never seen before. 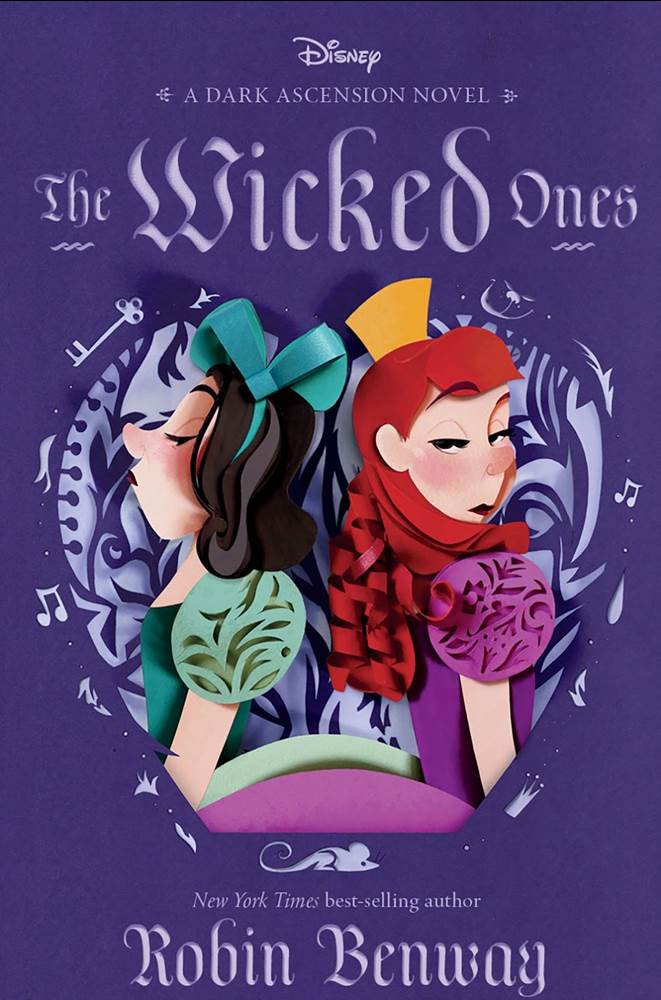 What is The Wicked Ones about?

Drizella and Anastasia only know one thing for certain: they will never end up like their mother, Lady Tremaine. When their father left them as young girls, he took what was left of their family’s fortune and their mother’s dignity with him. A few years and one deceased stepfather later, the only version of Lady Tremaine that Drizella and Anastasia know is a bitter and cruel head of house. Anastasia and Drizella have promised themselves―and each other―that they'll be different. They'll find love, see the world, and never let their hearts go cold.

But both sisters are all too aware of what it can mean when cast into disfavor with their mother, and fueled by Lady Tremaine’s tendencies to pit the daughters against one another, Drizella and Anastasia are locked into a complicated waltz of tenuous sisterhood. On the cusp of the royal debut party―their one chance to impress the Prince and live up to their mother’s expectations―the sisters at last get a glimpse of what life could be like outside of Lady Tremaine’s intentions: Drizella discovering a love of science and Anastasia sparking a secret romance. But never underestimate the power of a mother whose greatest talents lie in manipulation…

This first book in the Dark Ascension series explores the complex family rivalry and relationships involving the two stepsisters from Cinderella that turn them into the so-called wicked characters we know today. Were they always so wicked? After reading this tale, I would say no, or at least, it’s not that simple…

The Wicked Ones is an excellent story which builds on firmly established characters and yet shows them in a whole new light. What did we know of Drizella and Anastasia before The Wicked Ones? Beyond the fact that they are Cinderella’s cruel stepsisters, not much. This story invites readers into a mature, multifaceted world in which Lady Tremaine’s cruelty reigns supreme. However, this time the victims at the center of the story are her own daughters, and not just Cinderella.

The Wicked Ones is well written, easy to read and enticing from beginning to end. Benway transforms Drizella and Anastasia from two-dimensional villains into relatable young women – with hopes and dreams all their own – and who suffer under the pressure of a bitter and overbearing parent with impossible expectations. It is always a breath of fresh air to learn more about famous villain backstories, especially when their experiences may not be unlike some of our own experiences. While the sisters continue to struggle with their father’s absence having left them when they were very young, Drizella discovers a love of science and dreams of visiting Paris, while Anastasia explores a budding romance which she constantly fears is too good to be true. Against the backdrop of Lady Tremaine’s terrifying watchful eye, all is destined (unfortunately) not to end well.

Despite a heartbreaking final chapter (which is in fact perfect for an inevitably tragic tale), The Wicked Ones does complete justice to the Tremaine sisters and the greater Cinderella universe. The cover art by Nathanna Erica is strikingly beautiful and true to the Drizella and Anastasia that Disney fans are familiar with. A gripping and lovable page-turner right to the very end, The Wicked Ones belongs on every bookshelf accessible to young readers who know what it is to struggle with balancing dreams and reality.