Last week, things started to heat up in Marvel’s Hawkeye when a familiar face showed up and we were introduced to the mystery of the missing watch. This week, Yelena made things a bit more complicated for Kate and Clint, not only letting Kate know who she is but also by dropping a bit of a bomb on them, setting up a very interesting finale. 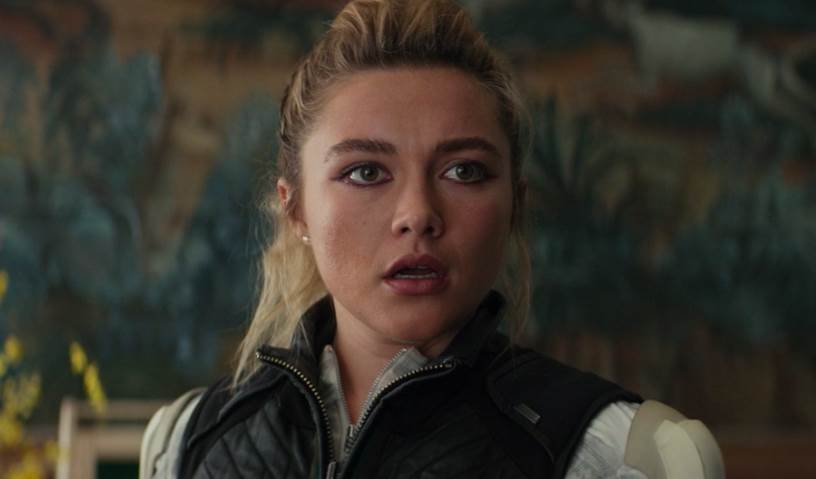 This episode opens very differently than the previous ones. Instead of our typical recap, we jump back in time to 2018. We see Yelena and another widow break into the home of a third widow, who they assume is still under mind control. After a fight, they use the antidote, which we saw in Black Widow, on her. To their surprise, it has no effect as she wasn’t under mind control.

The three of them catch up and Yelena explains that they have been going around the world, helping widows. She steps away for a moment and walks into a bathroom. While washing her hands she suddenly gets dusted, a result of the blip. However, we see this differently from anything we’ve seen before. Yelena doesn’t just disappear. Because we are seeing this from her perspective, she immediately returns to find out that the world has jumped five years into the future around her. She steps out to find her friend, who is now married with a child, and she explains the bilp to Yelena. She tells her friend she needs to find Natasha and let her know she’s ok.

Oddly enough, we then get the Marvel opening scroll followed by a recap of the show. Once that is finished, we see Kate return to her mother’s home, where she explains that Clint sent her away. The two share an emotional moment in which Kate admits she has realized she can’t be a superhero. Kate also reveals that she found some incriminating information about Jack and Eleanor promises she will look into it. She then sends Kate back to her apartment to get some of her things and come back home.

We then see Kazi patching up Maya after the fight. He tries to convince her to stop her hunt but she refuses. He tells her that he will help her to capture and kill Ronin, but then she needs to stop. Maya doesn’t argue, but she looks as determined as ever.

Kate gets back to her apartment, where Yelena surprise her and… offers her macaroni. There’s a brief moment where she seems as though she might be a threat before she presents herself as a friend. The two have a long conversation about what Yelena is there to do: kill Clint Barton. Kate tries to convince Yelena that Clint is a good man but she questions her trust in him, pointing out that he has killed a lot of people. Kate questions Yelena about the person who hired her to kill Clint, which does cause Yelena to pause before doubling down on her thoughts about the Avenger. 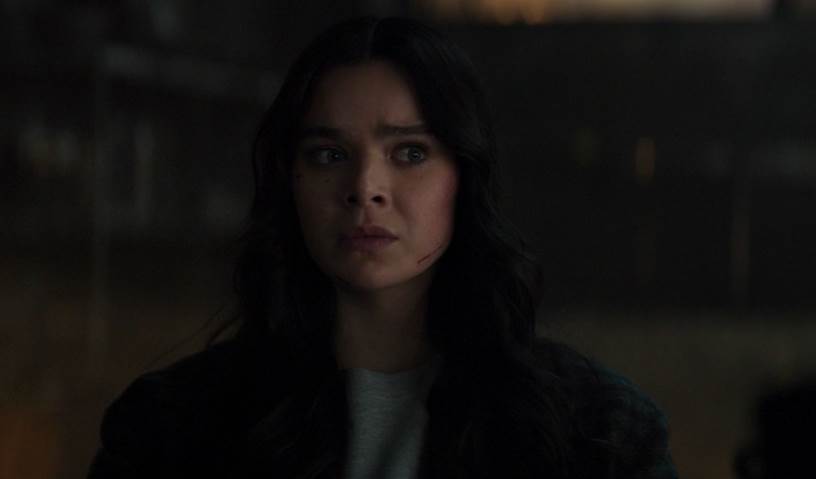 Meanwhile, Clint arrives at Grill’s apartment. He asks Grills if he can continue to watch Pizza Dog while he stays in a hotel. Grills offers Clint his couch instead and he accepts. Grills also lets him know that he has the new costumes for him and Kate, but Clint tells him he’ll see them later, foreshadowing some comic-accurate comics for the future.

Kate gets back to her mother’s penthouse to find two detectives arresting Jack as Eleanor looks on. Jack calmly tells Eleanor he’s been framed and says with a smile that he’ll clear this up and be back in time for her Christmas party. Eleanor shows a look of concern as she watches him get escorted out by the police. 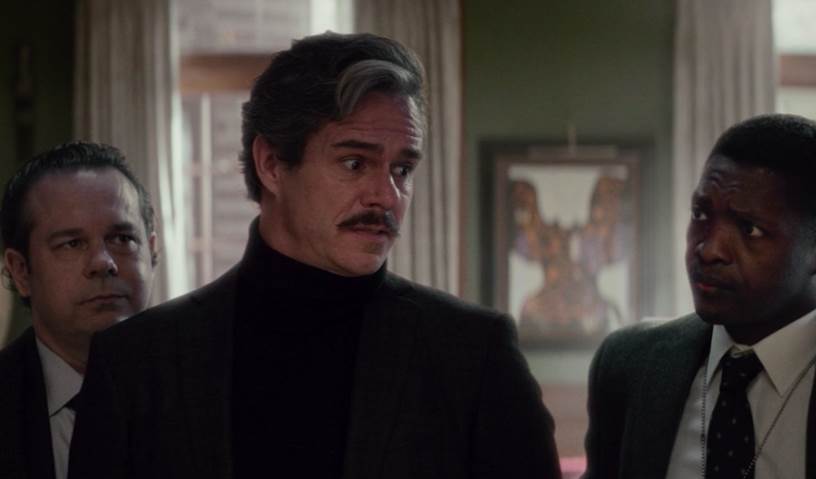 Clint visits the “Battle of New York Memorial,” which pays tribute to the original six Avengers. He uses it as a means to talk to Natasha and lets her know that he’s sorry for what he’s about to do. Notably, the music during this scene is a variation of the music that played during their Vormir scene.

Kate wakes up in her bedroom in her mother’s penthouse and snaps back into her signature motivated self. She rushes to pick up her phone and immediately calls Clint to leave him a messaged. And then another one. Ane then another. She gets frustrated by the lack of response from Clint before being notified that his voicemailbox is full.

Two of the Tracksuits drive through the city in their “Trust a Bro” moving truck before being startled by an arrow that crashed through their windshield. The arrow stops about a foot in front of one of their faces and opens up to reveal a note. They open it to see that it reads “Maya, meet me tonight where you first met the Ronin. Alone.”

Clint calls Laura to fill her in on everything that’s been going on. He lets her know that Maya has the watch and that someone has hired a Black Widow. He also tells her he’s worried that “the big guy” will get involved. Laura tells him to do what he has to do and end this.

Maya waits in a used car lot for Ronin and we see that she has a lot of backup surrounding the place. However, Ronin picks off Kazi and the Tracksuits one by one until it is just him and Maya one on one. The two fight for a while before Clint removes his mask to reveal his face to her. He tells her that he was tipped off by an informant and that her boss wanted her father dead. Maya doesn’t believe him and gets the better of him for a moment before Kate saves Clint and he gets away. 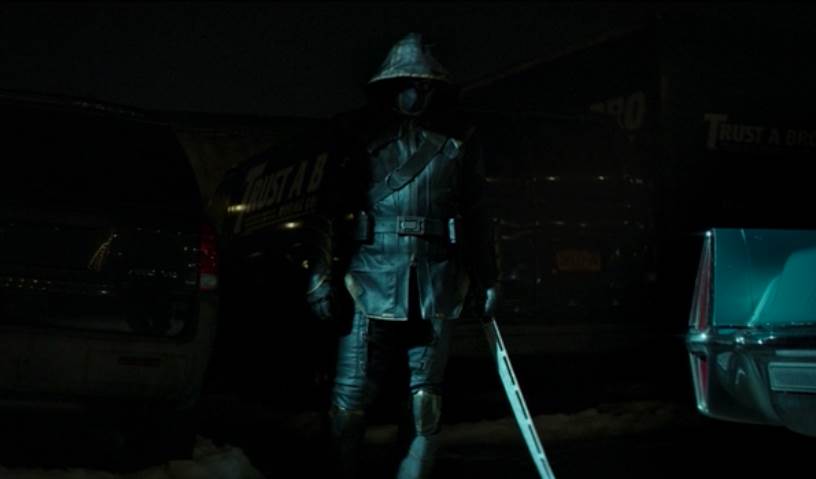 Maya meets with Kazi, who is happy to see that she is alive. Suddenly skeptical of him, Maya asks Kazi why he wasn’t there the night her father was killed. He simply tells her he didn’t get the call and she appears to let him think she belives him, but she is clearly at least thinking about what Clint told her. As she drives off, Kazi shows a worried look.

In the back of an Uber, Kate and Clint quietly discuss what’s been going on. Kate reveals that the woman in the mask was Yelena, which surprises Clint. We see Yelena tailing Eleanor, digging for information. Kate and Clint eat breakfast at Grills’ apartment before Kate gets distracted by a text message. It’s from an unknown number, but based on contest we know it’s from Yelena, who explains that Eleanor Bishop is the one who hired her. She also sends a video which Kate shows to Clint and asks who is with her mom. Clint explains that it’s the guy he’s been worried about – Kingpin. 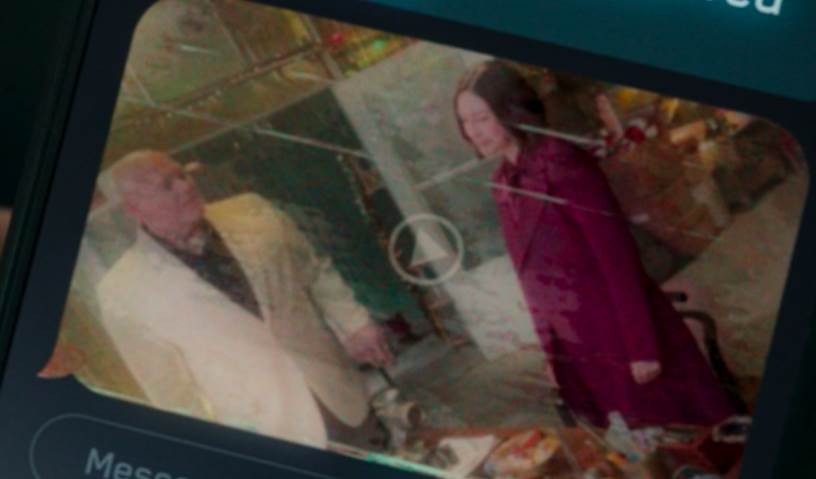 We see a blurry image on the phone of the Kingpin in his signature white suit standing next to Eleanor as the episode comes to a close with “You’re a Mean One, Mr. Grinch” playing. A phenomenal choice of music to close out the episode. It’s also worth noting that Vincent D’Onofrio’s name is featured in the credits, proving that he is in fact reprising the role he played in the Daredevil series on Netflix. We also get a silhouette of the Kingpin behind the Hawkeye logo to close things out. 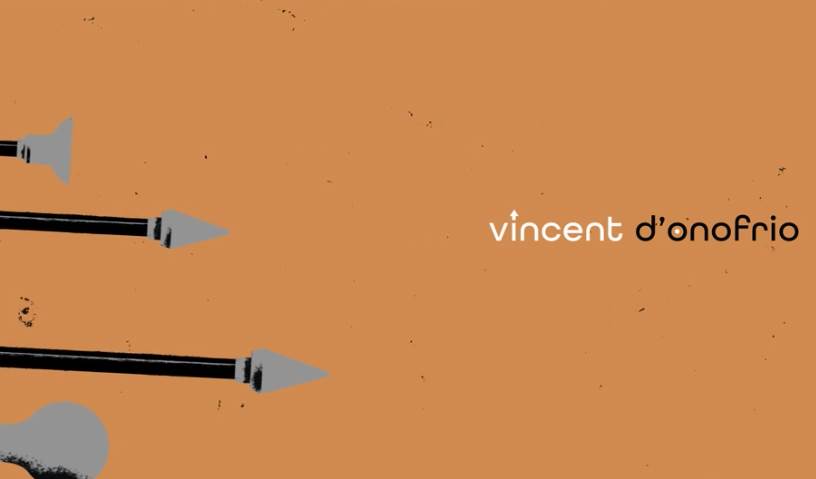 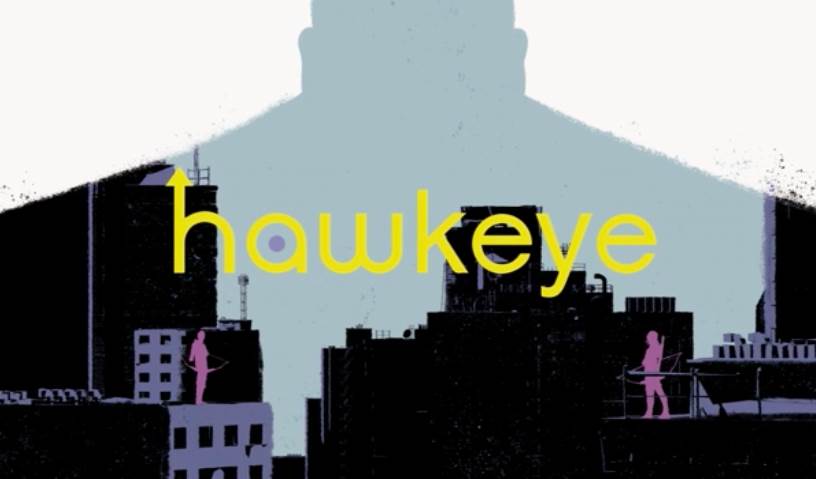 If the last 30 seconds of this episode didn’t get you excited, this whole Marvel thing just may not be for you. This was such a great setup for what is sure to be an incredibly fun finale next week. There are still a lot of questions to be answered here. Who does the watch belong to? What is Eleanor’s connection to the Kingpin? What does the Kingpin’s presence, and the return of D’Onofrio, mean for the future of the MCU? A lot has to happen next week and it’s going to be very exciting.