Welcome to Disney Extinct Attractions. My name is Cole, and I’ll be your guide on today’s journey through time, though we’ll be staying relatively stationary.

Just a few weeks ago, The Tropical Hideaway opened at Disneyland, helping the under-utilized area finally find some new life. This past weekend, I got the chance to visit it and try some of snacks that they had there, such as different flavors of Dole Whip and Bao. All of it was scrumptious and brought to mind earlier attractions that used to be there, so let’s jump back to 1962. 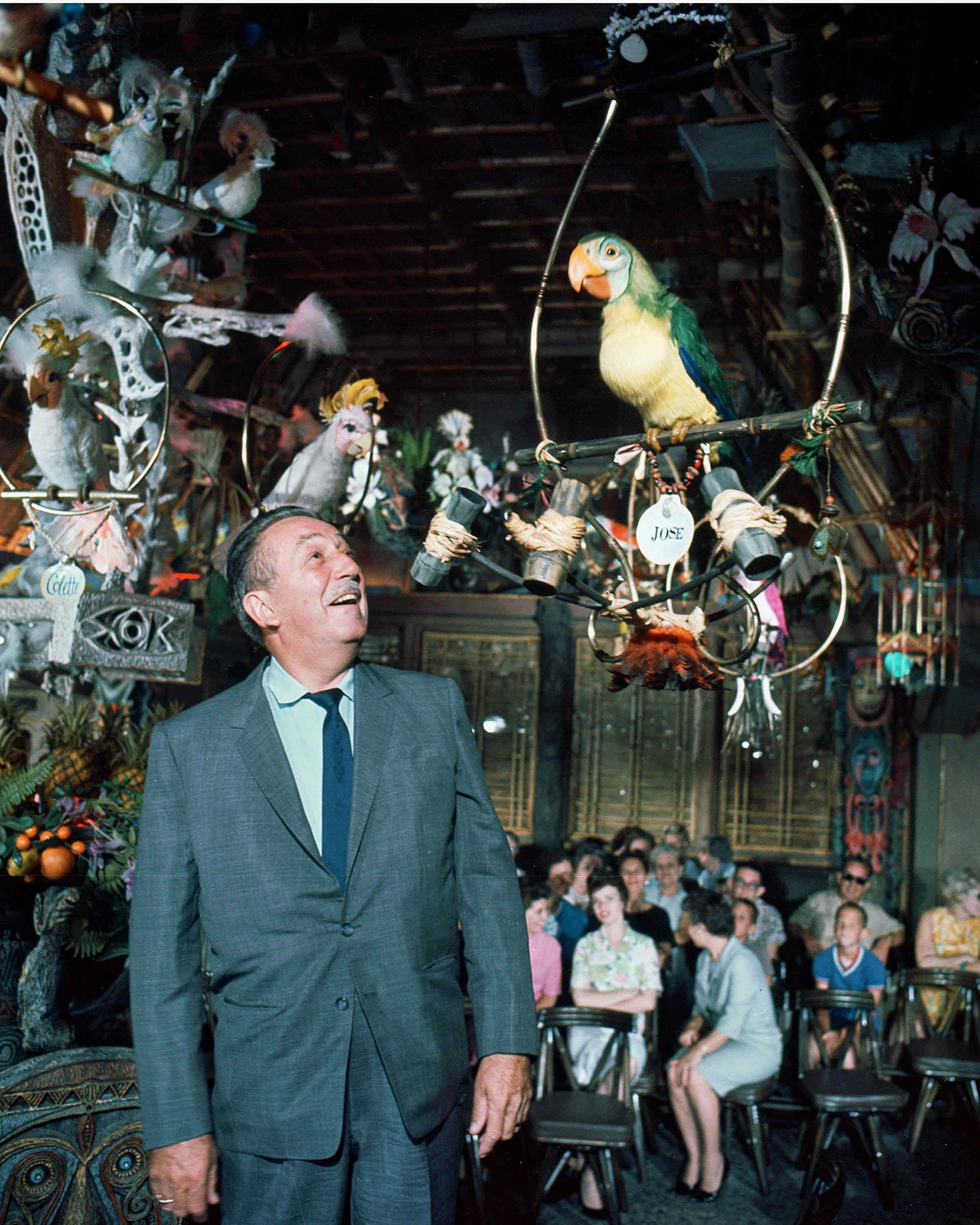 When the Enchanted Tiki Room was first dreamt of, Walt Disney conceived of the attraction as a dinner show, where guests could see these new Audio-Animatronic birds perform while they ate. As the plans progressed, it became clear that that idea wasn’t super feasible, so the dinner show was moved outside to a brand-new restaurant called the Tahitian Terrace. 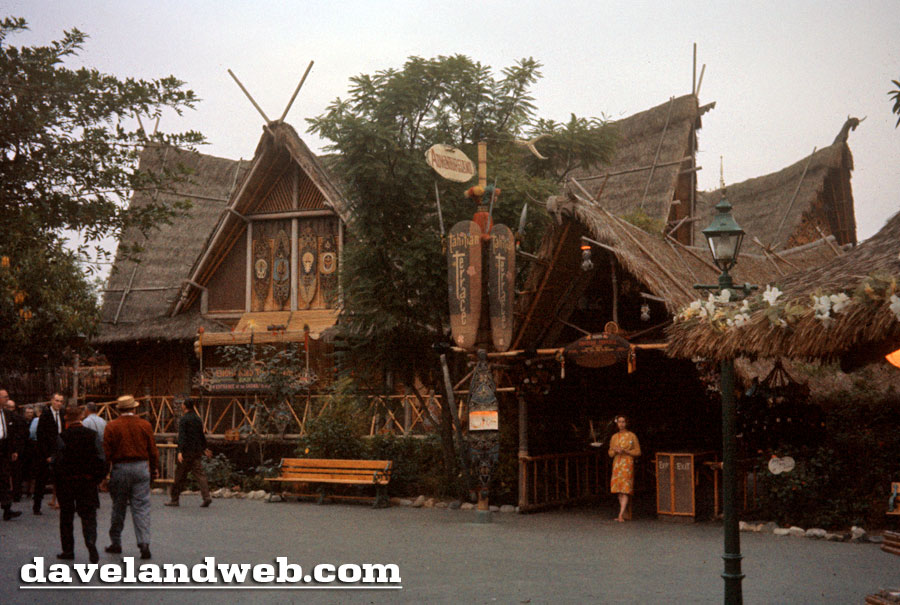 Opening in 1962, the Tahitian Terrace was a restaurant that included Polynesian dancers performing a show for all of the guests lucky enough to grab a seat. With a menu full of Polynesian food, there were a lot of unique things to eat that really differed from the typical theme park fare that one generally finds.

In the video above, you can get a quick glimpse of the show, as seen on the Disneyland television show from the 1950s and 1960s. In it, you can see how much fun the show must have been to watch, what with fire eaters and hula dancers. The entire experience felt a lot like a Hawaiian luau, which must have been a really great way to have dinner at Disneyland.

I wish that some kind of dinner show existed at Disneyland today, but Disneyland has a relative dearth of table service restaurants (at least compared to Walt Disney World). Even then, the show was only seasonal, with it primarily being available during the summer and busy weekends.

The Tahitian Terrace was a big enough success that it lasted for over 30 years until 1993, when opportunity came knocking at the door with the release of Aladdin. 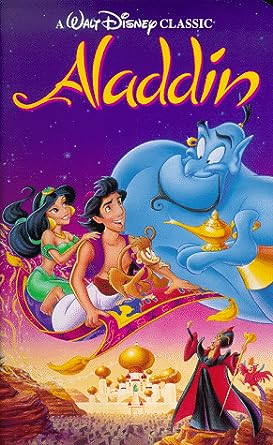 As I’ve mentioned a bunch of times before on this show, Disney Animation really took over the Disney Parks during the 1990s with parades, shows and attractions galore. Adventureland was no exception, and with Disneyland’s version being so minute, the only option was to repurpose the Tahitian Terrace into Aladdin’s Oasis Dinner Show starting on July 1, 1993.

With this show, Disney tried to recreate some of the magic of its predecessor, but with the characters of Aladdin instead of Polynesian dancers. Unfortunately, I couldn’t find any footage of the show, but from what I can tell, it wasn’t remarkably well-received, with the show only managing to stick around until 1995. The restaurant itself did stay open until 1996, at which point the purpose of the area transformed to become a storytelling experience.

Led by Kazoo, the friendly jack-of-all-trades who played every character except for Aladdin and Jasmine, this storytelling experience felt a lot like the shows at the Royal Theatre in Disneyland today. The Aladdin storytelling experience was a lot more child-centric, though, with kids getting the chance to sit at the front and volunteer a lot. 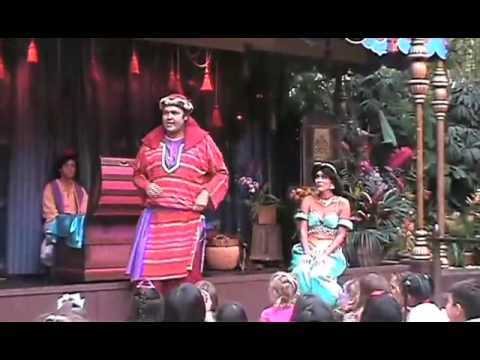 I think my biggest problem with the show was that none of the songs were sung and the Genie was virtually nonexistent, so basically the two reasons that people watch Aladdin were not even a part of the show. (Also, guests could go across the way and watch Aladdin – A Musical Spectacular, so it’s pretty much a no-brainer on which one to choose.) Either way, I understand why they had the show there, but it really wasn’t all that exciting if you were past the age of about seven.

Amazingly, the show actually managed to stick around for over ten years, before making way for a limited-time Adventureland takeover by the world’s most famous archaeologist. 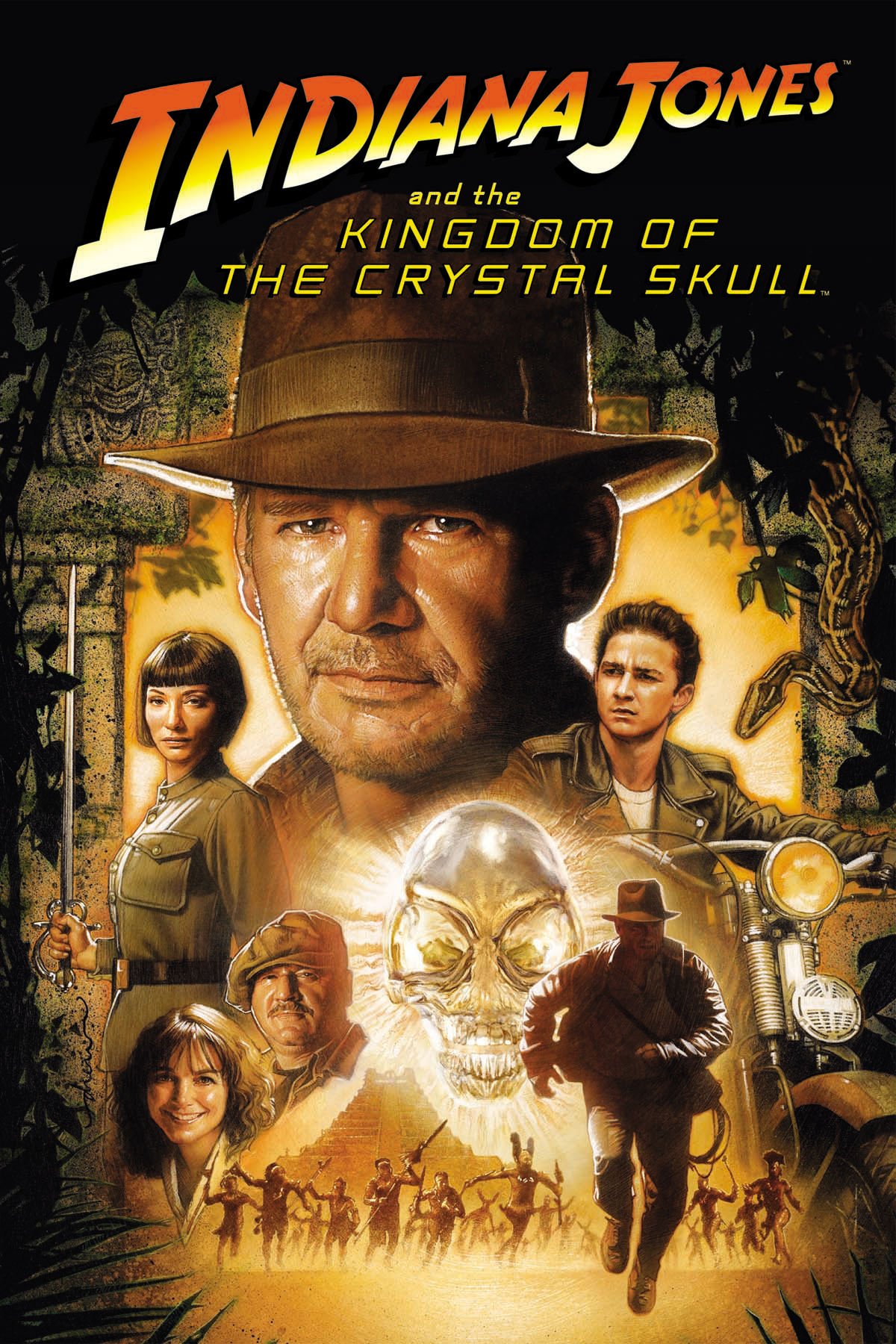 In 2008, Indiana Jones and the Kingdom of the Crystal Skull opened to much derision from critics and fans. (Fun fact though, it remains Steven Speilberg’s largest opening weekend ever.) To tie in with the film, Adventureland got a facelift that summer called Indiana Jones and the Summer of Hidden Mysteries. All around Tomorrowland, little aspects were added, with my favorite being an addition to the Jungle Cruise, where Indy had hidden four relics that guests could find as they traveled along. 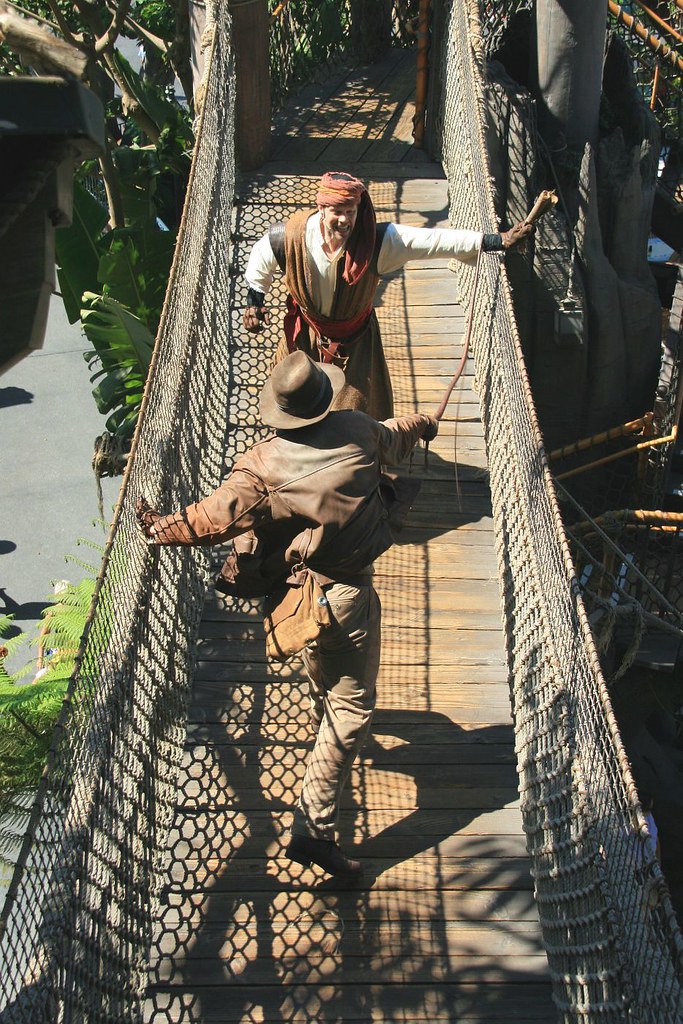 Indy would also randomly appear around the streets and fight with a bandit who had stolen a map that he needed to find a lost artifact. These streets fights were awesome because it really immersed guests in the action as you would never know when the fights would occur and even used cool areas like the Tarzan’s Treehouse bridge. (Hopefully, stuff like this will be the bread and butter of Galaxy’s Edge with its focus on guest immersion.) Outside of the permanent attraction, Indiana Jones Adventure, the main event of the Summer of Hidden Mysteries was the show Secret of the Stone Tiger that took up residence in Aladdin’s Oasis.

I remember watching this show back when it was in Disneyland, and I have to say, I was a lot more impressed with it as a child than I was rewatching it now. While utilizing the space and stone tiger statue very nicely, the show was mainly about helping this nice lady archaeologist help solve clues laid by Dr. Jones. It was really child-friendly with kids getting to volunteer, making it basically the same as the Aladdin storytelling experience, though it was an original story. The one thing that the Stone Tiger had going for it was a nice twist ending where it was revealed that the nice lady who had been helping Indy the whole show actually just wanted to steal the treasure for herself. (Though it may ring a bell to those Indy 3 fans out there.)

Just as the Aladdin storytelling experience could never compare to its stage show, this show never had a chance compared to Indiana Jones Adventure or the Indiana Jones Epic Stunt Spectacular. But there wasn’t much of a chance to even see it as all the Hidden Mysteries were solved by the end of the summer when Aladdin’s Oasis returned to business. 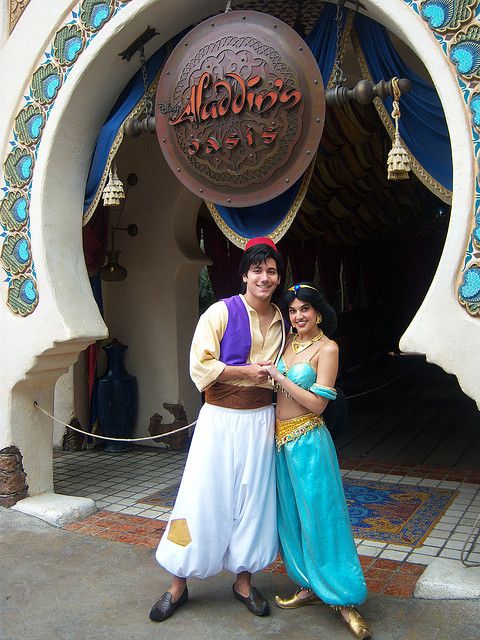 Eventually, the storytelling experience was phased out and the space was used for Aladdin and Jasmine meet and greets as well as Paint the Night and Fantasmic dining packages. Basically such a nice space was under-utilized and under-appreciated, so I am really glad that The Tropical Hideaway has opened and brought some much-needed life to the place. Plus, the carpet that you see behind Aladdin and Jasmine in the picture above is still there, so a little piece of the Oasis can live on.

Well, that closes our journey today, so here’s your sneak peek at what’s coming next.