Welcome to Extinct Attractions. This week, we’ll be taking a look at one of the most recent official closures at Walt Disney World, one where the attraction hadn’t been open in over a year. 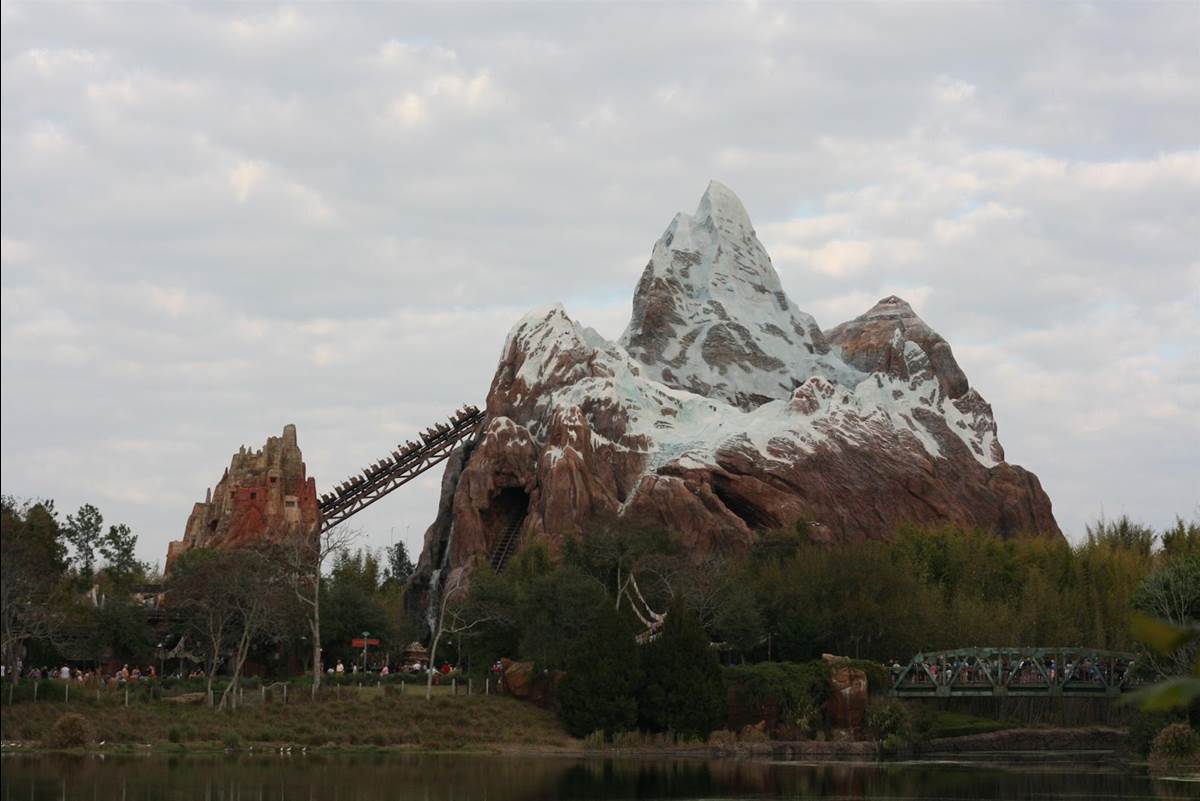 The parks at Walt Disney World all have been open for nearly a month at this point, and it appears to have not led to any outbreaks in the area. It’s great to hear that the safety measures that have been put into place are effective at stopping the spread of COVID-19 in those areas.

Though we have luckily avoided any human casualties at Walt Disney World due to COVID-19, we have lost a few attractions due to cost-cutting, with today’s attraction being one of those losses.

When Disney’s Animal Kingdom first opened, there was no Chester and Hester’s Dino-Rama in DinoLand USA. As I haved detailed in the past, the initial plan was for an attraction called The Excavator to take up the land where Dino-Rama is today. The attraction was a great fit for the land, but unfortunately cost overruns led to what we got in the space today. 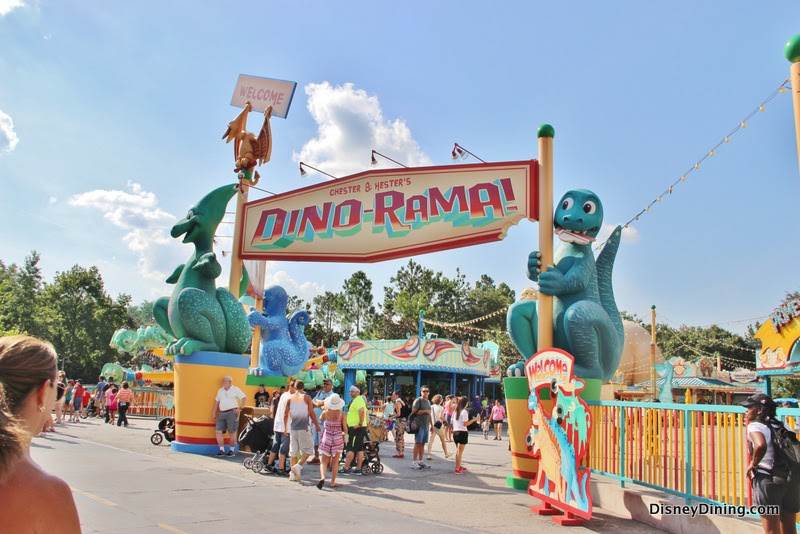 Opening on March 31, 2002, Chester and Hester’s Dino-Rama is a fun idea in concept. Chester and Hester had a gas station in the area when the Dino Institute set up shop in the area. The entrepreneurs noticed people’s newfound interest in dinosaurs when they visited the gas station, so they set up their own “dino institute” complete with carnival games and fair rides. 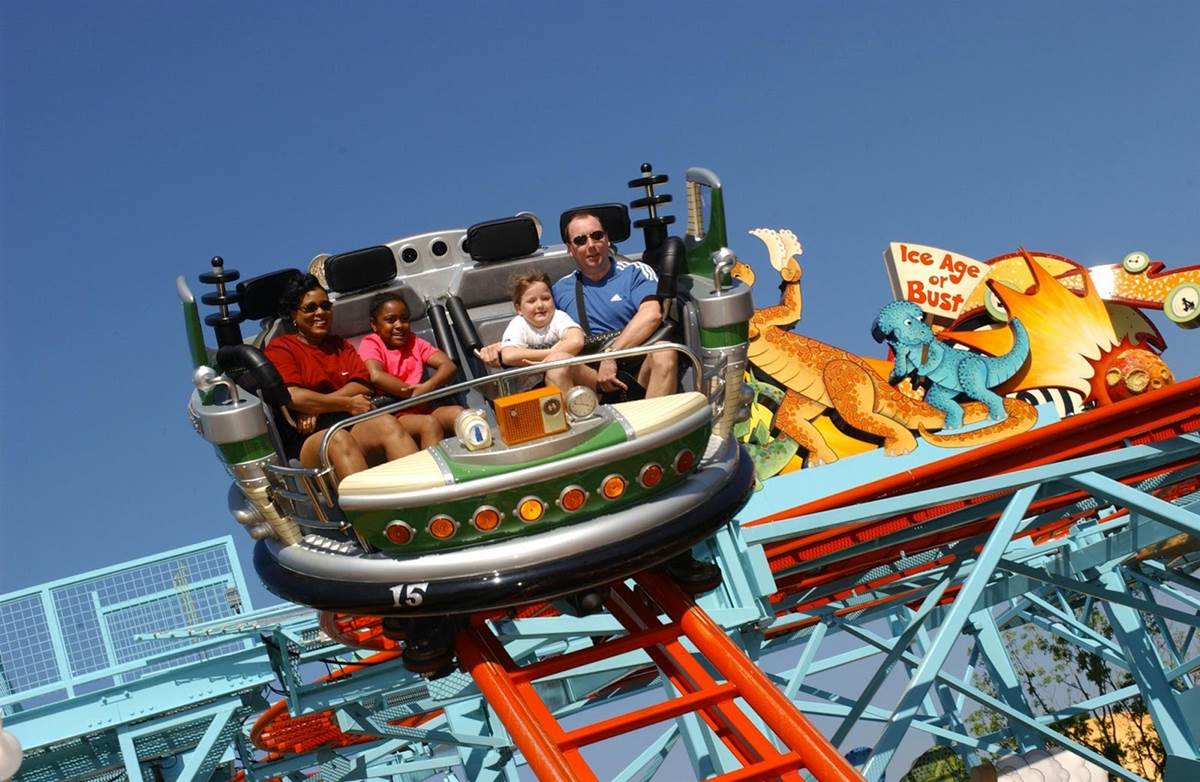 The “headliner” attraction of the Dino-Rama was Primeval Whirl, an attraction that let guests jump back to the time of dinosaurs and escape from the meteor shower that took out the dinosaurs. If that sounds familiar, it may be because it’s the exact same plot as the neighboring attraction, Dinosaur, only conceived as a wild mouse roller coaster version of the attraction. I’ve got to hand it to the Imagineers, it’s actually a pretty brilliant idea to spoof their own attraction within  the same land. Outside of the creativity in theming, the manufacturers, Riverchon Industries, along with the designers at Imagineering, chose to make two identical coasters as opposed to mirror images. There are two sides to Primeval Whirl, with each facing the opposite direction. Generally, you would see them mirror each other like Space Mountain, but making them identical in this case just makes everything seem a little more chaotic, which is what they were going for, I’m sure.

By the way that I’ve written about Primeval Whirl throughout this article, you would think it was one of my favorite attractions, but I actually rarely rode it for one major reason, motion sickness. I can handle a wild mouse coaster, though I may not love it, but when you add spinning to it, you’ve got to count me out. My stomach just can’t handle it.

Even though I thought the theming of Primeval Whirl was fun, it was better in small doses because the entire Dino-Rama as a whole comes off as a bit tacky. It simply feels like a land centered around dinosaurs, some of the coolest animals ever, should have a bit more gravitas. With the end of Primeval Whirl, I’m sure that Dino-Rama will be revamped for something new sooner rather than later.

It’s honestly amazing that Primeval Whirl lasted as long as it did as there were a few incidents that resulted in cast member deaths related to the attraction in the late 2000s and early 2010s. Luckily, they were able to make the entire experience safer for everyone involved after that, with the ride unofficially closing June 17, 2019. At that point in time, it was announced that the attraction would be running seasonally after some refurbishments, but when the park reopened in July, Disney officially announced that the attraction would be closing for good.

Well, that’s all for today, but here’s what you can look forward to in a couple of weeks. 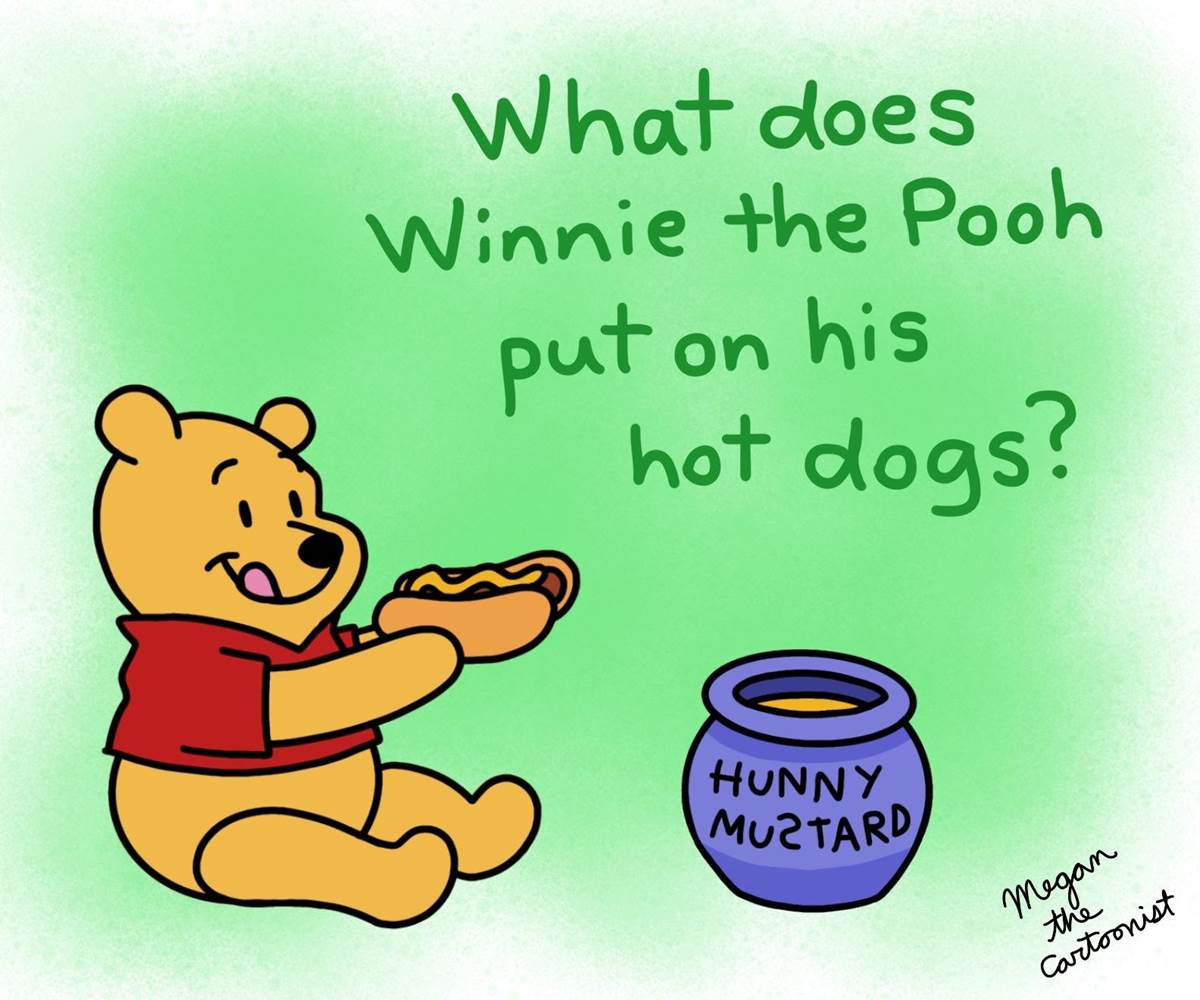