Welcome to Extinct Attractions. This week, we’ll be becoming one with nature and visiting one of the most overlooked Animal Kingdom attractions. As Disneyland Resort prepares to reopen its theme parks as full theme parks on April 30, Disney fans have one more chance to take in limited magic (well if you managed to grab tickets before they sold out on the first day) by experiencing A Touch of Disney. The California Adventure dining experience starts today and runs through April 19.

Over the last few weeks, there was a lot of speculation on exactly what late April means and what day we will ultimately see the reopening. April 22 seemed a bit early to be the date, but it would have been fun if the park reopened that day as it’s Earth Day and Animal Kingdom’s anniversary, which just happens to be the park of today’s featured attraction. 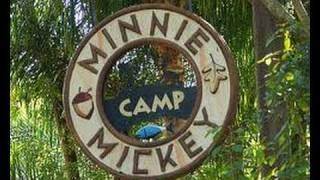 When Disney’s Animal Kingdom opened on April 22, 1998, there were plans for an entire land themed around mythical creatures, known as Beastly Kingdom. Unfortunately, the parks experienced cost overruns and plans for Beastly Kingdom were shelved, with a quick and easy substitution called Camp Minnie-Mickey in its place.

Camp Minnie-Mickey was primarily designed to appeal to families with the Festival of the Lion King and meet and greets with Mickey and Minnie serving as the primary headliners of the land. However, they also wanted to add an animal encounter to the land, kind of like what guests run across at a zoo where different animals are showcased throughout. 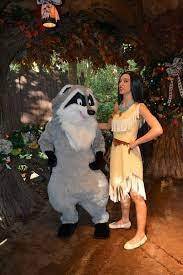 Disney being Disney, an animal encounter was not enough as it needed to have that Disney flair, so they decided to incorporate Pocahontas into the experience, giving the Disney Princess her fourth different show across the globe. The other three shows, The Spirit of Pocahontas at both Disneyland and Disney-MGM Studios and Pocahontas: Le Spectacle in Disneyland Paris all followed the familiar Disney show pattern of retelling the story of the attraction, though the Parisian version did shake it up by making it seem like you were watching a “filming” of the story. 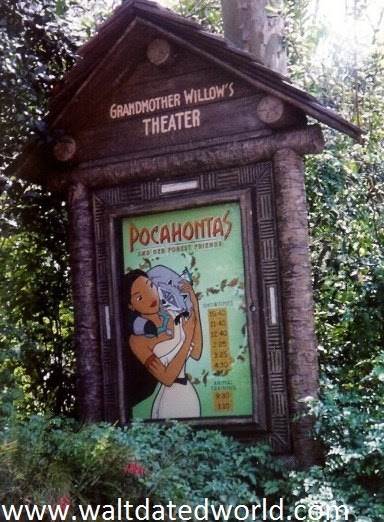 What made the Animal Kingdom opening day attraction, Pocahontas & Her Forest Friends, so different was that the goal was not to tell guests the story of Pocahontas yet again. Instead, the show centered around environmentalism and being in harmony with the Earth through being kind to nature and especially animals.

I thought this different approach to the show was a lot of fun, though it did lead to some difficulties actually learning about the animals running across the stage behind Pocahontas, who first emerged singing Colors of the Wind. Normally in animal encounter shows, there is an “expert” who takes the time to patiently explain some fun facts about the animal, whereas here the animals kind of ran across the stage and Pocahontas, Grandmother Willow and their new friend, Sprig, tried their best to teach guests about them. Speaking of her friends, both of them were puppets, not animatronics as many guests thought. Grandmother Willow actually made her way across the country from Disneyland’s Spirit of Pocahontas, and she did not seem worse for wear. The other addition was Sprig, a new offspring of Grandmother Willow who was specifically created for the show. The show creators were looking for a young character to help relate to children in the audience, and Sprig filled that role admirably well. A lot of times I find those kid characters a bit annoying, but Sprig added a nice character dimension to the show, conceivably relating to three different generations through the three main characters. 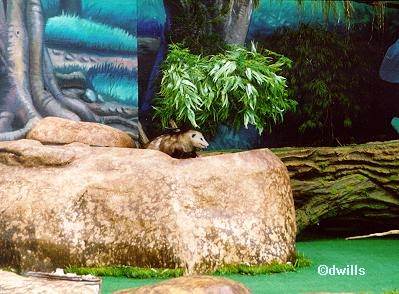 One other element of the show that was pretty cool was that they tried to write the show around the animals by incorporating their natural behaviors into the show. A lot of the animal showcases tend to teach animals tricks to perform in the show, but by eschewing that tradition here, the creators of the show really followed the message that nature is meant to be observed and taken care of, not taken advantage of. 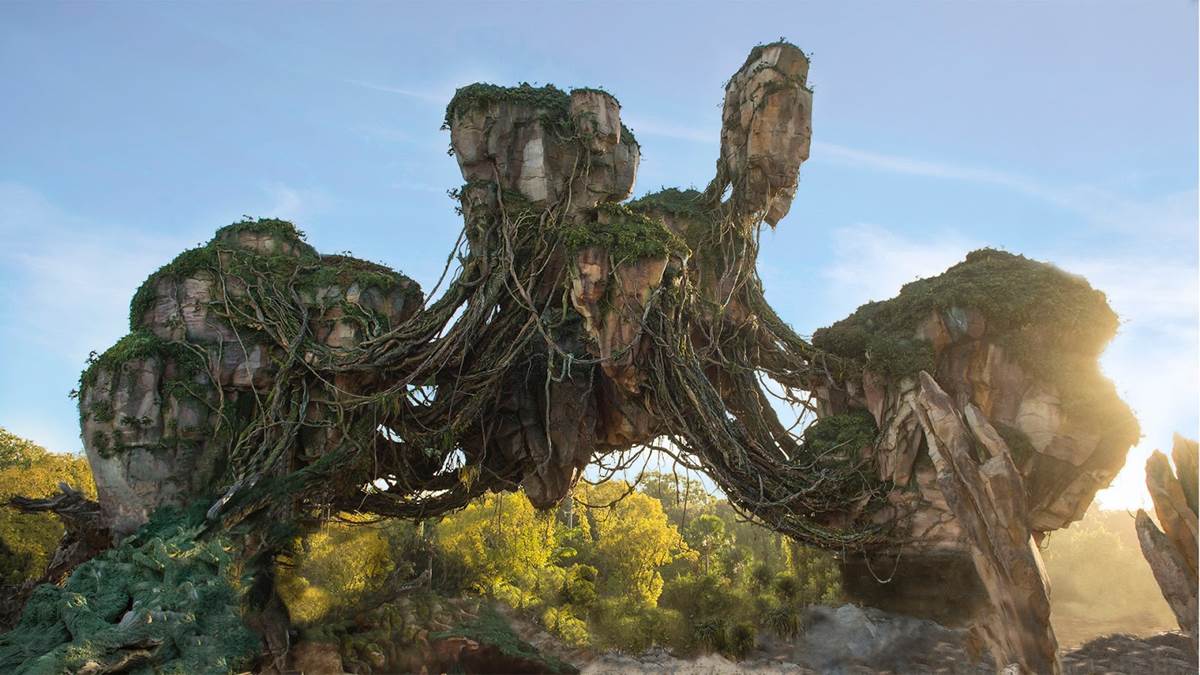 Pocahontas & Her Forest Friends managed to stick around for over 10 years until September 27, 2008. The attraction switched between being labeled as a character meet and greet and a show over the years, but ultimately it wasn’t worth keeping open as Pocahontas simply wasn’t a draw. It was replaced by a smoking area and stroller parking (two things that generally don’t go together) before all of Camp Minnie-Mickey disappeared to become Pandora – The World of Avatar.

The attraction was a fun time diversion, but I think we came out ahead with the amazingness that is Pandora. Via On the Go in MCO