Welcome to Extinct Attractions. This week, we’ll be sticking to the Tokyo Disney parks to look at a show that was created specifically to celebrate the opening of a new attraction.

While Lightyear may have underperformed at the box office, it has now made its way onto Disney+, so countless more families can watch the film that Andy watched to fall in love with Buzz Lightyear. While I wouldn’t say that I fell in love with the movie, I do think that it's a true testament to the lasting power of the Toy Story franchise that such a meta idea as making the movie that a movie character watched could even get greenlit. There aren’t many film studios that are willing to take that risk, so I have to commend Pixar for trying a risky idea (even if the movie itself wasn’t really a risk taker). 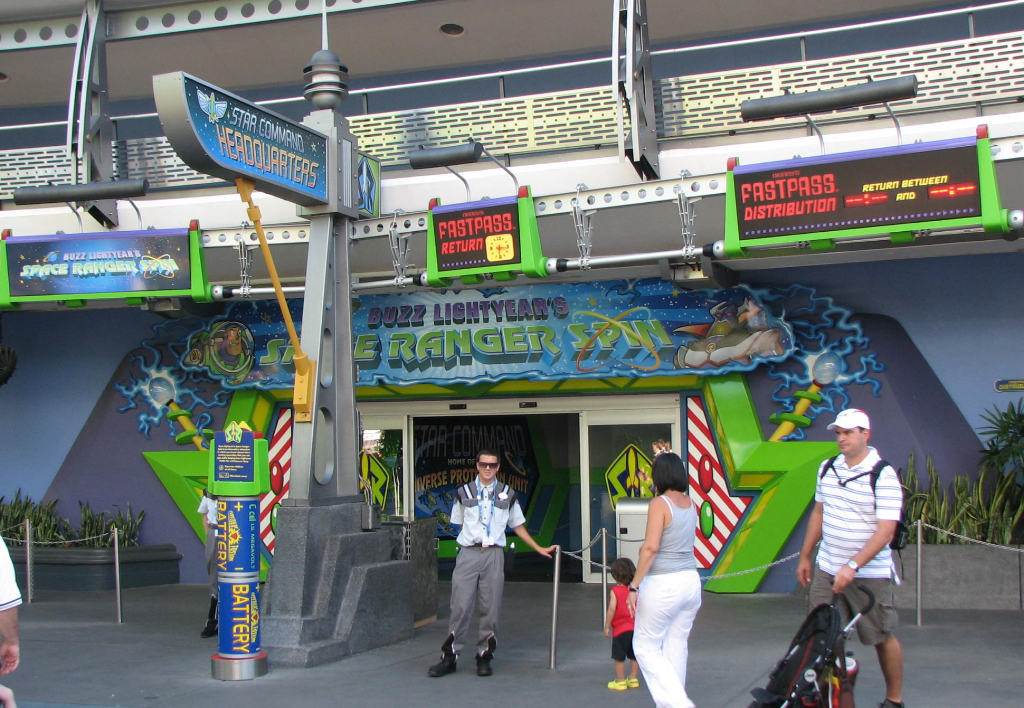 Anyway, Buzz Lightyear is one of only two Disney characters to have had a starring role in an attraction at every single Disney park around the world. (Dumbo is the other.) While the Hong Kong Disneyland version has now closed, it was still an impressive feat while it lasted.

The first version of the attraction was the Magic Kingdom’s, known as Buzz Lightyear’s Space Ranger Spin, which opened on November 3, 1998. Amazingly, this attraction opened before Toy Story 2, showing how bullish Disney was on the franchise, especially with this being before they had even purchased Pixar. The next version to open was Tokyo Disneyland’s, which brings us full circle to our story today. Buzz Lightyear’s Astro Blasters opened on April 15, 2004 in Tokyo Disneyland’s Tomorrowland and to celebrate the addition, the park put on a show called Buzz Lightyear’s Big Mission throughout the summer. The show was like a combination of a parade and castle show because some floats made their way to the front of the castle and from there the party was on.

Well, the attraction started as a party, at least, with the entire Fab Five showing up in space outfits followed quickly by Chip and Dale. Woody and Jessie also joined in on the party (but without space suits sadly).

But the rarest of the characters to appear were Huey, Dewey, and Louie also garbed up in space suits. I mean, it’s rare enough to see them in general in the parks but then to also have a space suit? Tokyo Disneyland really pulls out all the stops. 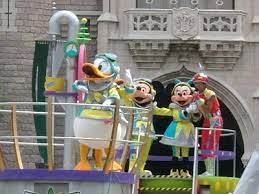 The show had an emcee of sorts (seen above in the red) who narrated the events of the show. As expected, the show was in Japanese, so I didn’t quite catch what was going in but it seemed like the gang was all just there to hang out and basically have a party. 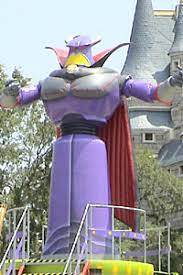 But just as the party was getting going, that dastardly Evil Emperor Zurg emerged from one of the floats to spoil the party. The villain was truly menacing as he towered over the whole crowd and really made sure that his presence was known. 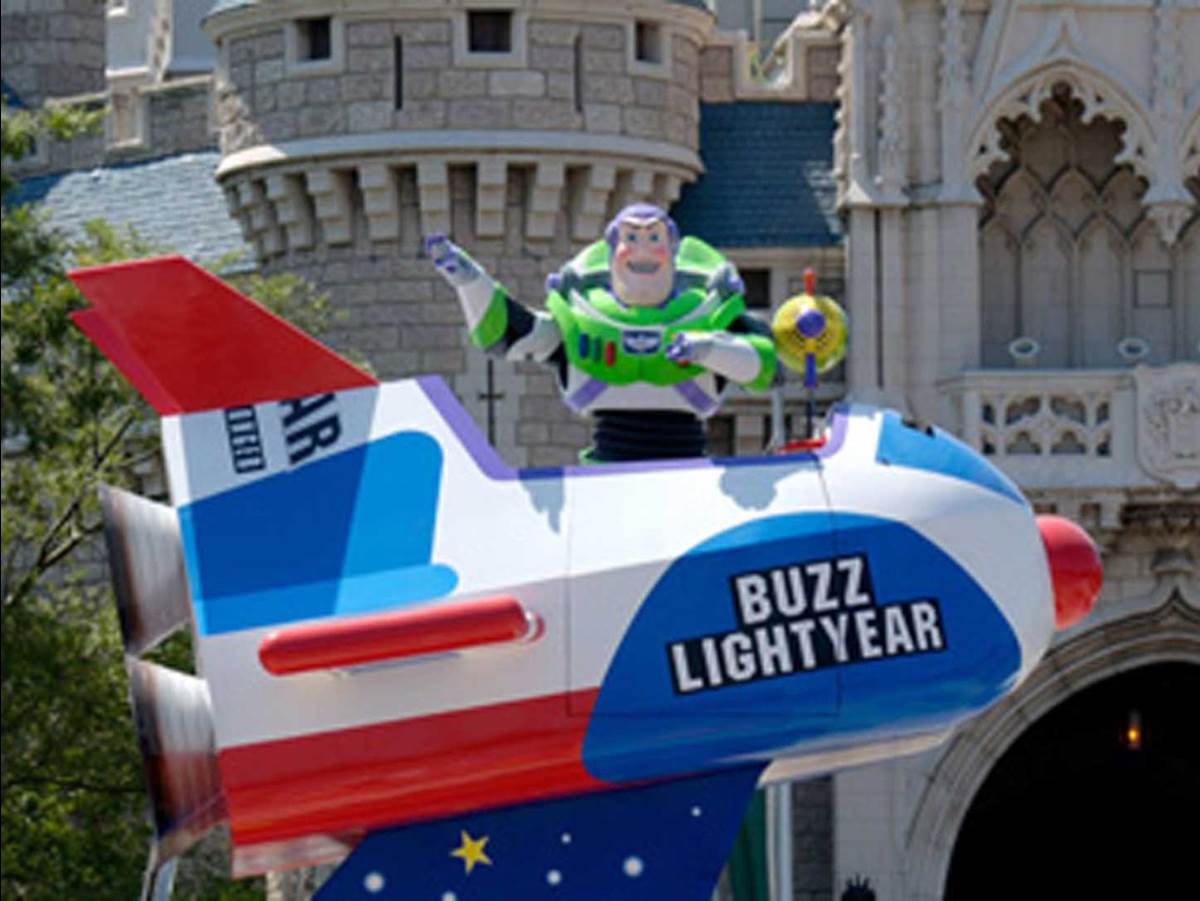 Luckily, everyone's favorite space ranger was alerted to the hostile takeover attempt and showed up just in the nick of time to the tunes of a catchy song playing around the entire area. (Really, the whole show was full of music bound to get stuck in one’s head the rest of the day.) Buzz immediately called on his buddies for help and together they used the power of teamwork (and water) to take down Zurg and save the day.

When I said water, I meant WATER because if you were in that crowd, especially near the front, you were definitely getting wet. The Asian parks would quite often create parades and shows during the summer months designed around giving guests a quick cool off. Even knowing this, I was still a bit shocked when I saw water spraying all around and just getting everyone wet. It seemed so refreshing (and yes that may just be because it’s been so hot lately).

Anyway, this show only stuck around for the summer of 2004, which is pretty wild because they definitely put a lot of money into the show. Tokyo Disneyland just does it right when it comes to making experiences simply because it would be fun for guests. As a Disneyland native, I’m certainly a bit jealous, but one day I’ll get to Tokyo to check out shows like this for myself. 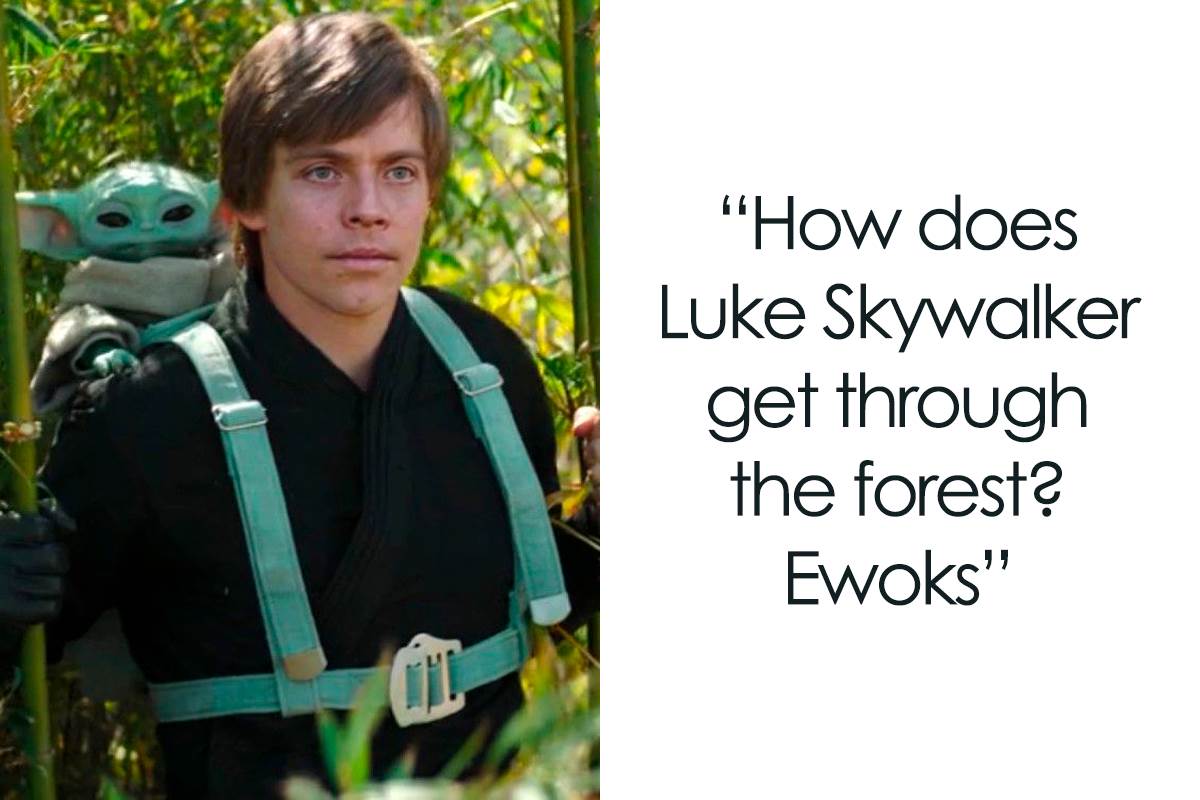