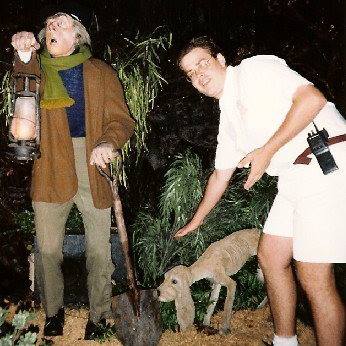 We got to go everywhere, from the top of Matterhorn to the bottom of the Rivers of America, and everywhere between.

One of the essential elements Walt Disney had in mind for his new creation, Disneyland, was cleanliness. Read the official accounts of Disneyland history and that’s one of the things that’s always included. Existing amusement venues when Walt Disney was planning Disneyland were usually dirty places. Walt didn’t want his dream to end up that way.

Over the years, the cleanliness of Disney theme parks has been cited by the Company’s marketing people and park guests alike. However, after six decades, nobody had given a thorough explanation of how Disneyland Custodial does what it does, or painted a picture of what it is really like to be part of that operation.

We decided to change that with Cleaning the Kingdom: Insider Tales of Keeping Walt’s Dream Spotless. 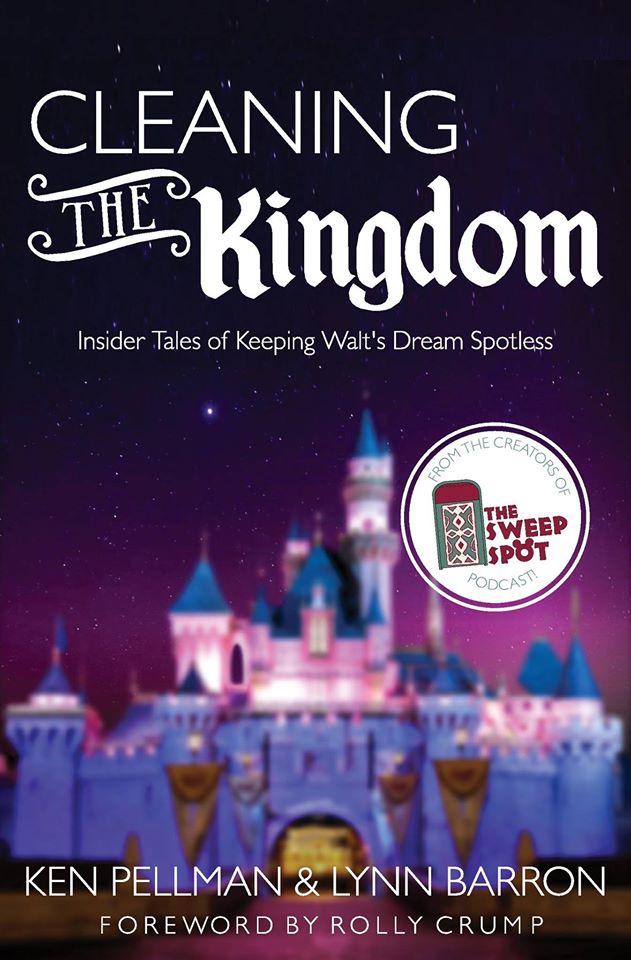 The undisputed best book ever written about Disneyland Custodial!

The “we” is me, Ken Pellman one the earliest writers for LaughingPlace.com, and Lynn Barron, who created The Sweep Spot podcast.

I met my co-author Lynn, and became friends, while working together in Disneyland Custodial. We both shared a mutual enthusiasm for the high standards of Custodial and the overall operation of Disneyland.

After fifteen years and two days as part of the magic, my time as a Cast Member ended, and a couple of years later, Lynn also became “apart of the magic”. In our combined experience (1990-2007), we had been there through the time the old guard was replaced by Paul Pressler and his folks, and then the place was restored under Matt Ouimet and his people, and beyond. We had a front-row seat for Resort expansion, Indiana Jones, Light Magic, Fantasmic!, and so much more.

We took it upon ourselves to write about Disneyland through the eyes of Disneyland Custodial Cast Members, sharing our experiences and incorporating some from other Custodial veterans as well. We detail how Custodial keeps the Kingdom clean, and share the adventures we had along the way.

Don’t worry – we keep the really disgusting stuff contained in Chapter 5, so you can skip or save it for the “right” time. The other chapters are mostly self-contained as well, so this is a book you can read at your own pace and skip things that don’t interest you (although we can’t imagine there is anything in the book that wouldn’t be fascinating to you). At over 450 pages, there is plenty to read!

The only way you’ve had this perspective of Disneyland is if you were ever a Custodial cast member yourself… in which case you should get the book as it is dedicated to you. Even if you have read many books about Disneyland, this is a perspective you haven’t had before, and it will likely fill in a few gaps in your understanding of Disneyland history and operations.

It’s an UNAUTHORIZED, honest, and affectionate tribute to the men and women we worked with and those who came before and those who’ve come after.

This book is for:

Cleaning the Kingdom: Insider Tales of Keeping Walt’s Dream Spotless is available on Kindle and Nook. If you want want a paperback copy, the best place to get it is from our official website at www.thesweepspot.com because it will be signed by my co-author and delivered within a few mailing days. I live in Anaheim, so if you want me to keep up with you at the Disneyland Resort or somewhere else to sign it, I just might be able to do that. The book’s Facebook page will have updates on appearances and signings.  If you insist on getting your paperback copies through Amazon, be sure to get it from The Sweep Spot as a seller.