Fantasia 2006: What Could Have Been

Tags: Destino, Fantasia, Fantasia 2006, Lorenzo, One By One, The Little Matchgirl 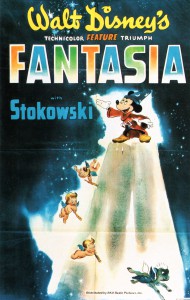 Walt Disney’s original intention for Fantasia was that it would continue to tour the country and as time went on, the program would change. Some parts would stay the same, other segments would be replaced with newer pieces and it would keep going forever. As we all know, that didn’t happen. The world didn’t quite understand or embrace the “concert feature” as much as we do now and while the concept wasn’t completely abandoned (Make Mine Music and Melody Time), Fantasia remained the same program for nearly sixty years.

In 1999, Roy E. Disney revived Walt’s original concept with Fantasia 2000. While we will never know what wonderful pieces could have been brought to life by the talented Disney artists in between the two films, we did get a taste of what the modern studio could create with Fantasia 2000, which featured seven new segments plus “The Sorcerer’s Apprentice” from the original film. 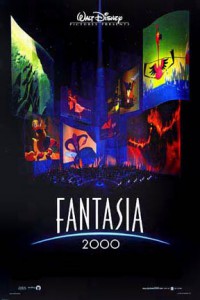 For all we know, Fantasia 2000 could be the last Fantasia film ever made… but that wasn’t the plan. Taking a queue from Walt’s original idea, the third Fantasia was intended to be released roughly half-a-decade later. For the third film, Disney planned to shake things up by featuring musical styles from all over the world. In addition, the third film would have introduced singing to the series in several of its sequences.

Fantasia 2006 never happened, a victim of the tumultuous state of Disney Animation in the early 2000’s. After a series of underperforming films, management decided to layoff most of the animators and abandoned hand-drawn animation as a medium in 2004. Before that happened, four segments were completed on the third Fantasia. 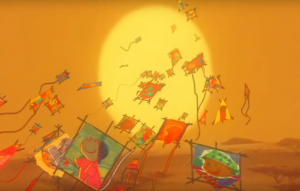 “One By One” was a song written by Lebo M. for The Lion King. It was cut from the film, but is featured in the successful Broadway show and was chosen as a segment for Fantasia 2006. The animation featured children in South Africa who became inspired by a colorful feather. They collected various items from around town to make their own kites and flew them in unison, creating beautiful symbolism for unity and peace. It was included as a bonus feature on the 2006 and 2012 releases of The Lion King II: Simba’s Pride. “Lorenzo” featured the tango “Bordoneo y 900” and was set in France. The story was created by Joe Grant, one of the Nine Old men, back in 1949. Storyboards were produced, but the short was never made until 2004 when the artists decided to resurrect his idea of a cat’s tail having a mind of its own. “Lorenzo” won the Annie Award for best animated short in 2005 and was nominated for an Oscar. It was recently released on Blu-Ray and DVD as part of the Walt Disney Animation Studios Short Films Collection. 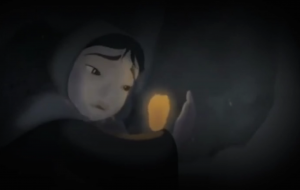 “The Little Matchgirl” is based on a story by Hans Christen Andersen and set to the Nocturn movement from Russian composer Alexander Borodin’s “String Quartet No. 2 in D Major.” The animation is also set in Russia and reveals the heartbreaking story of an orphaned, homeless girl trying to sell matches on the cold winter streets. It is somber and melancholy and is famous for making viewers cry. It was released on both the 2007 and 2013 releases of The Little Mermaid as a bonus feature and is also part of the Walt Disney Animation Studios Short Films Collection. 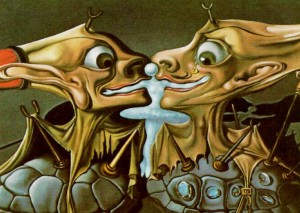 The most celebrated of the four shorts produced is “Destino,” Walt Disney’s infamous collaboration with Salvador Dali from 1945 that was storyboarded. Test animation was produced and Mexican singer Dora Luz, who had appeared in The Three Caballeros, recorded the song, which was written for this project by Armando Dominguez. Believe it or not, “Destino” does have a story although it easily gets lost in all of the mind-tripping wonderment that appears on screen. If you pay extra close attention, you will understand that Chronos (time) has fallen in love with a human girl, a forbidden love that can never be. Destino was only released to home video once, on the limited Blu-Ray release of Fantasia in 2010.

Between these four shorts, just 23-minutes of animated content was produced. Little has been revealed about what other segments were planned for Fantasia 2006. From a Roy Disney quote in 2002 about the project, we know that one of the planned segments was to be set in Australia. It is also heavily rumored that Disney had the idea of doing a British sequence set to music by The Beetles. That would bring us to six possible segments for Fantasia 2006. 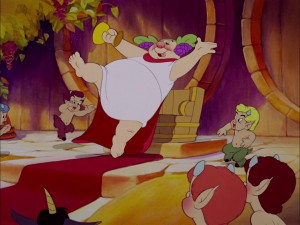 Nobody knows what order the segments were intended to appear in, but it can be assumed the introductions would have been similar in tone and spirit to both previous films. But in terms of which legacy segment could have been used, I feel the most fitting would have been the “Pastoral Symphony” because of its Greek mythology inspirations, which would have leant itself to the worldly theme of Fantasia 2006. Also with the short run-time of these four shorts, that would have helped boost the project to feature length since that piece alone is 21-minutes long. We may never get to learn about what else would have been included in Fantasia 2006, but we can always dream that someday Disney will provide us with another concert feature to continue the Fantasia legacy.