The famous Disney animator’s strike of 1941 ended on September 21st. A few weeks later, as things began to return to normal at the studios, Pearl Harbor in Hawaii was bombed – 74 years ago today – forcing the United States into World War II. 2,403 Americans were killed at Pearl Harbor and another 1,178 were wounded. The next day the United States declared war on Japan.

Back on the mainland, the bombing had an immediate impact on the Walt Disney Company. As author Steven Watts wrote in his 1997 book The Magic Kingdom: Walt Disney and the American Way of Life.

The day after the attack, Walt Disney received an early morning call from his studio manager. “Walt, the army is moving in on us,” the man said. “They came up and said they wanted to move in. I said I’d have to call you and they said, ‘Call him, but we’re moving in anyway.'” With that, five hundred U.S. Army troops marched into the Disney Studio. Part of the force stationed in the hills around Los Angeles to protect aircraft factories, they repaired equipment in the large soundstage, stored ammunition in the parking sheds, and posted guards at all the entrances. They remained at the studio — the only Hollywood facility the army took over — for eight months. Thus the Disney Studio began its encounter with the American government and the war. Disney went on to play a large part in the production of propaganda, training and educational films during World War II with over 90% of its employees devoted to it. The book Disney During World War II: How the Walt Disney Studio Contributed to Victory in the War is probably the best chronicling of those efforts. 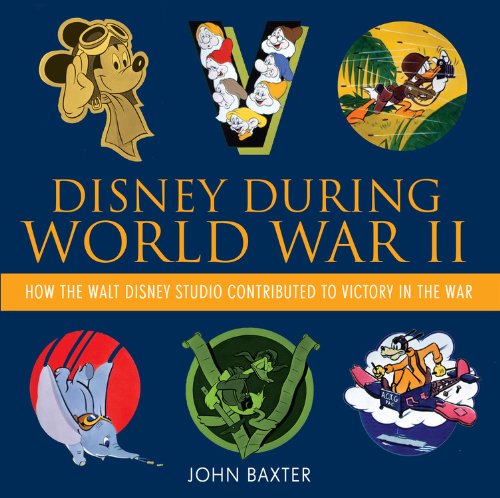 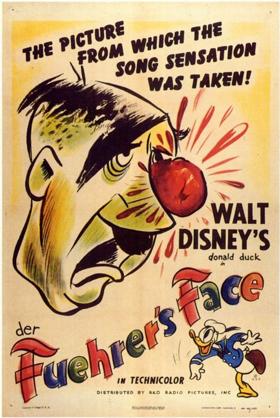 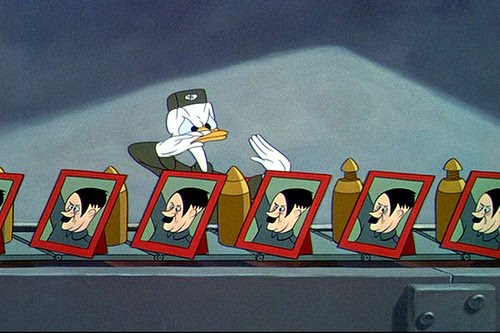 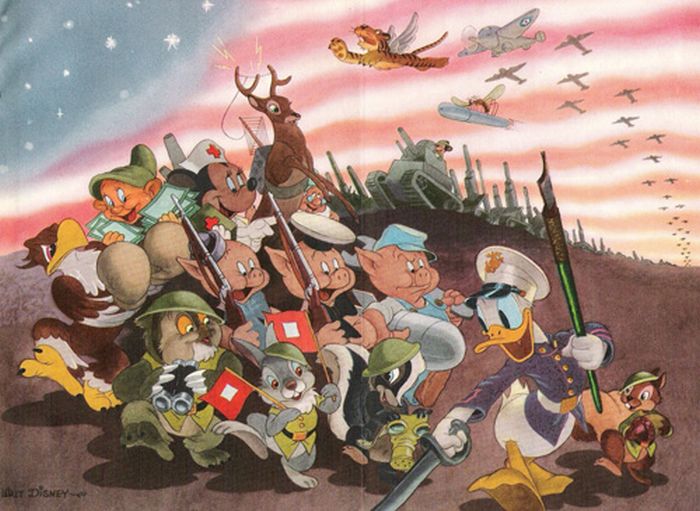