Disneyland’s long-standing connection to the Tournament of Roses continues this year. The Disneyland Resort returns to parade, contributing their float entry, “Disneyland Diamond Celebration – Awaken Your Adventure” to fit this year’s parade theme, “Find Your Adventure.” Disneyland’s entry is divided into three sections. The center section features Mickey, Minnie, and Sleeping Beauty Castle to celebrate Disneyland’s Diamond Celebration which will continue through September 4. Meanwhile, the front section features the world of Arendelle with Anna, Elsa, and her ice castle as a new Frozen musical will be coming to Disney California Adventure next summer. Lastly, the world of Star Wars is represented on the final unit of the float with Kylo Ren, Captain Phasma and the Millennium Falcon making appearances. With Season of the Force underway and work beginning on Star Wars Land, there is no doubt that the saga is playing a huge role in Disneyland’s present and its future. We recently had the chance to visit the float construction site where volunteers were helping bring the float to life.

As has been tradition since 1960, the teams participating in the Rose Bowl Game visited the Disneyland Resort on Saturday. Members of the Stanford Cardinals and the Iowa Hawkeyes visited Disney California Adventure and experienced Cars Land and California Screamin’. 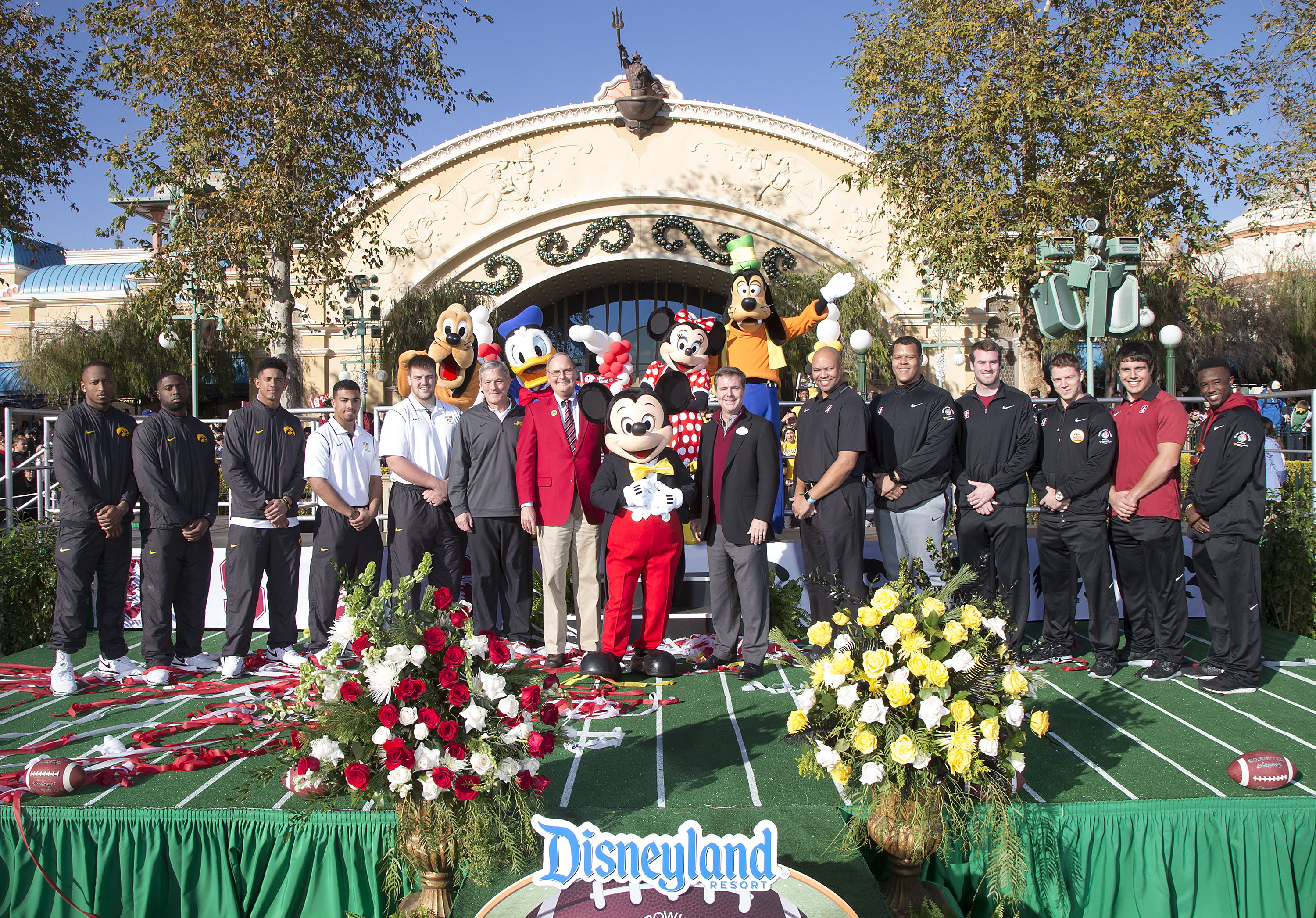 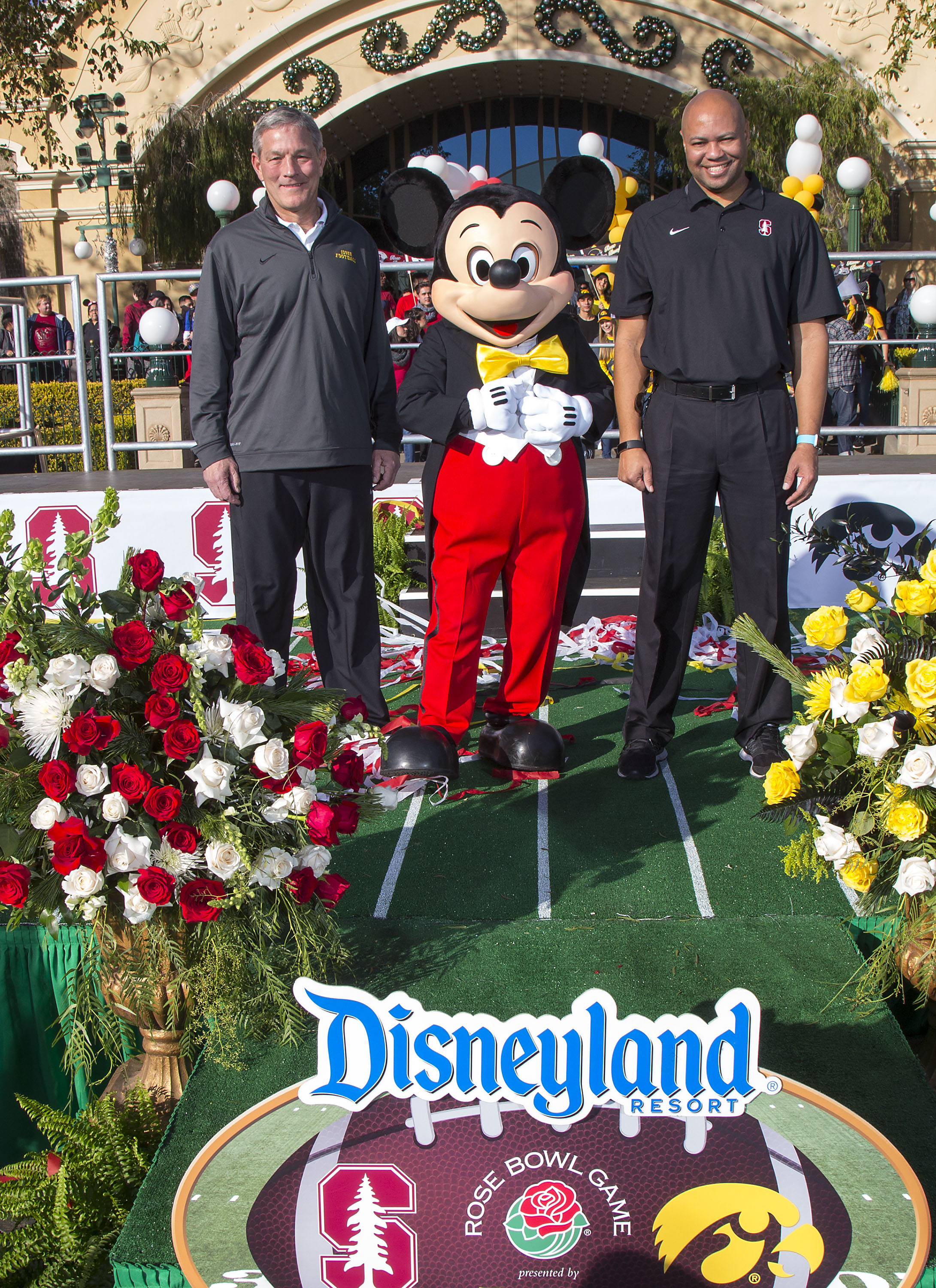 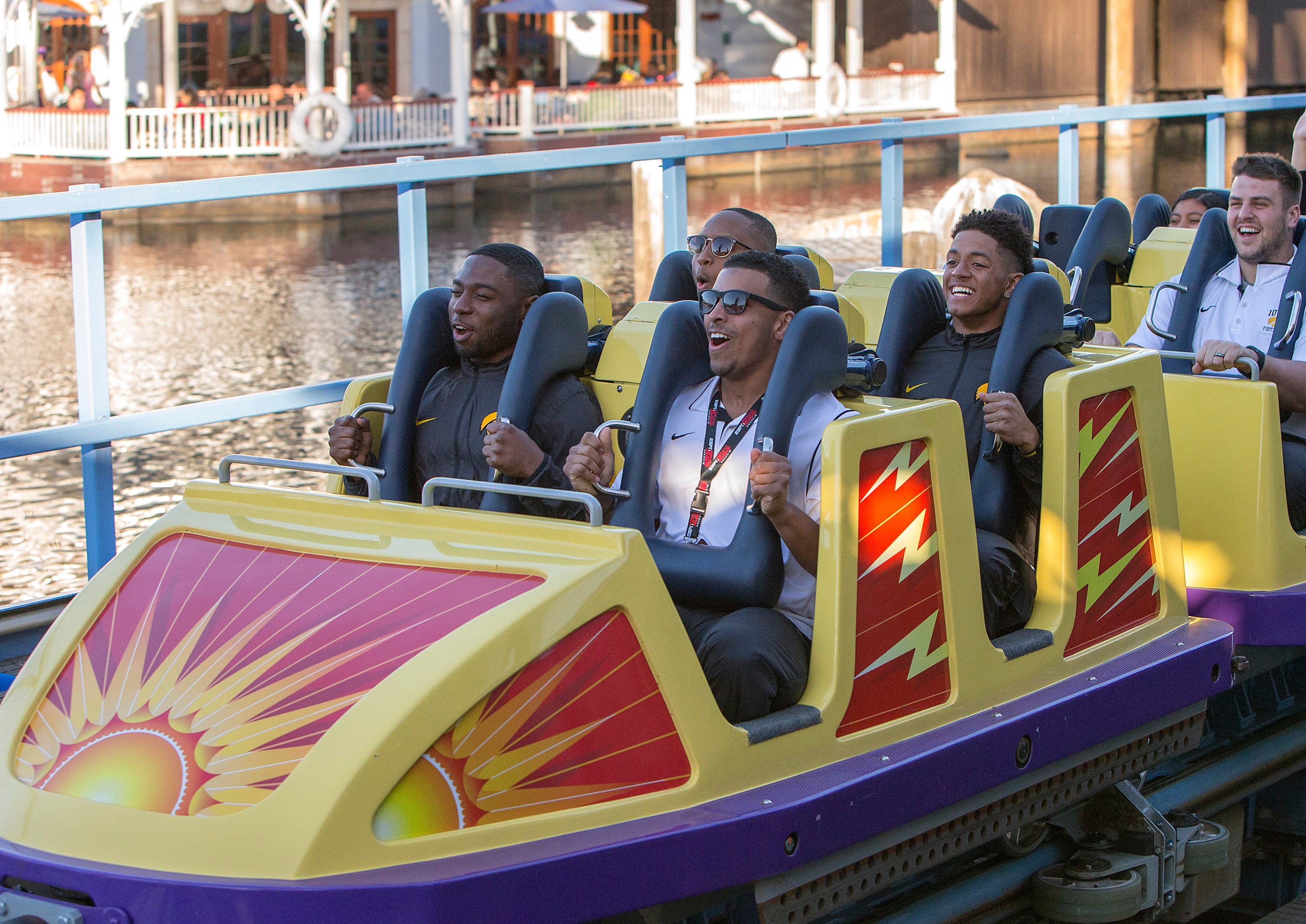 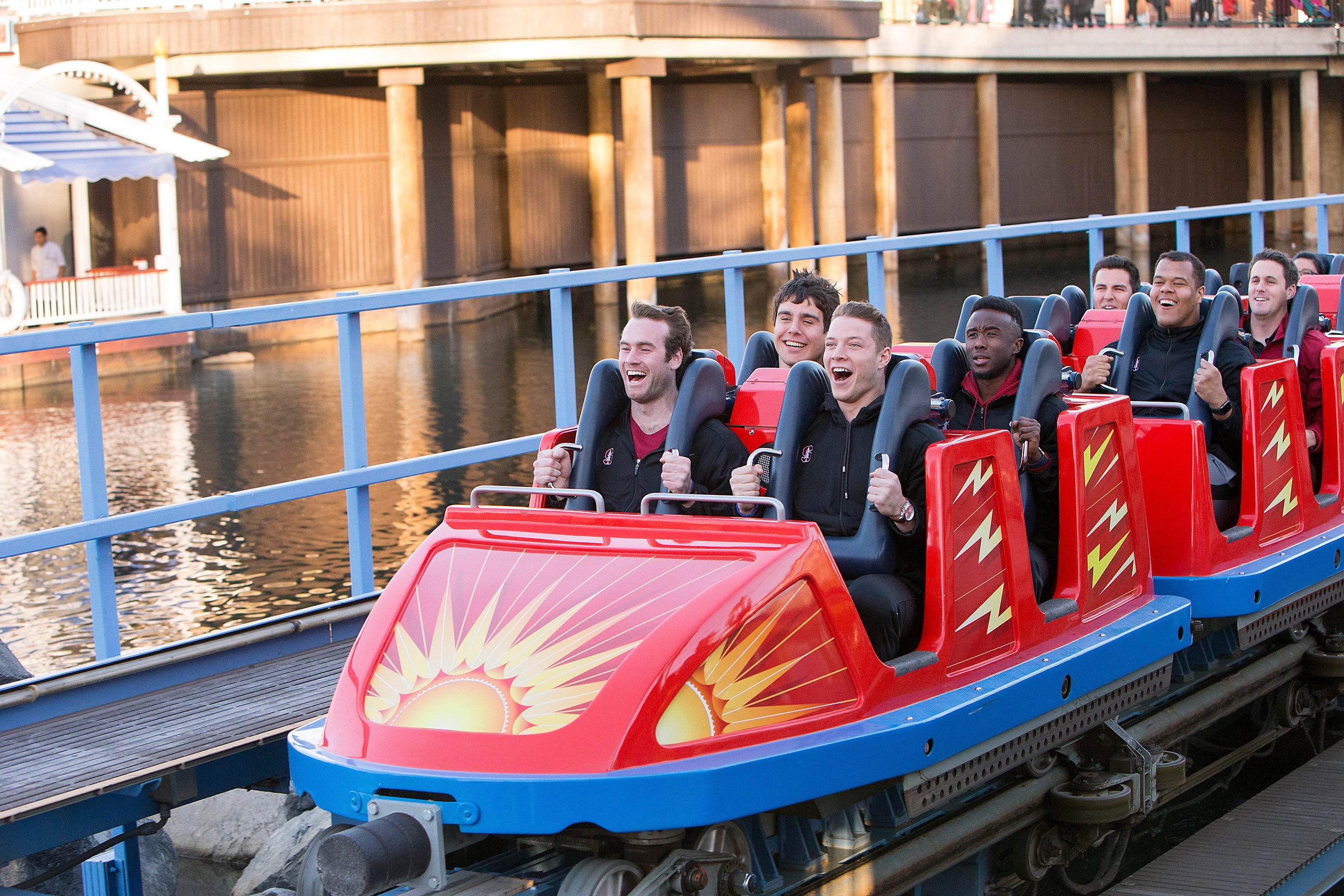 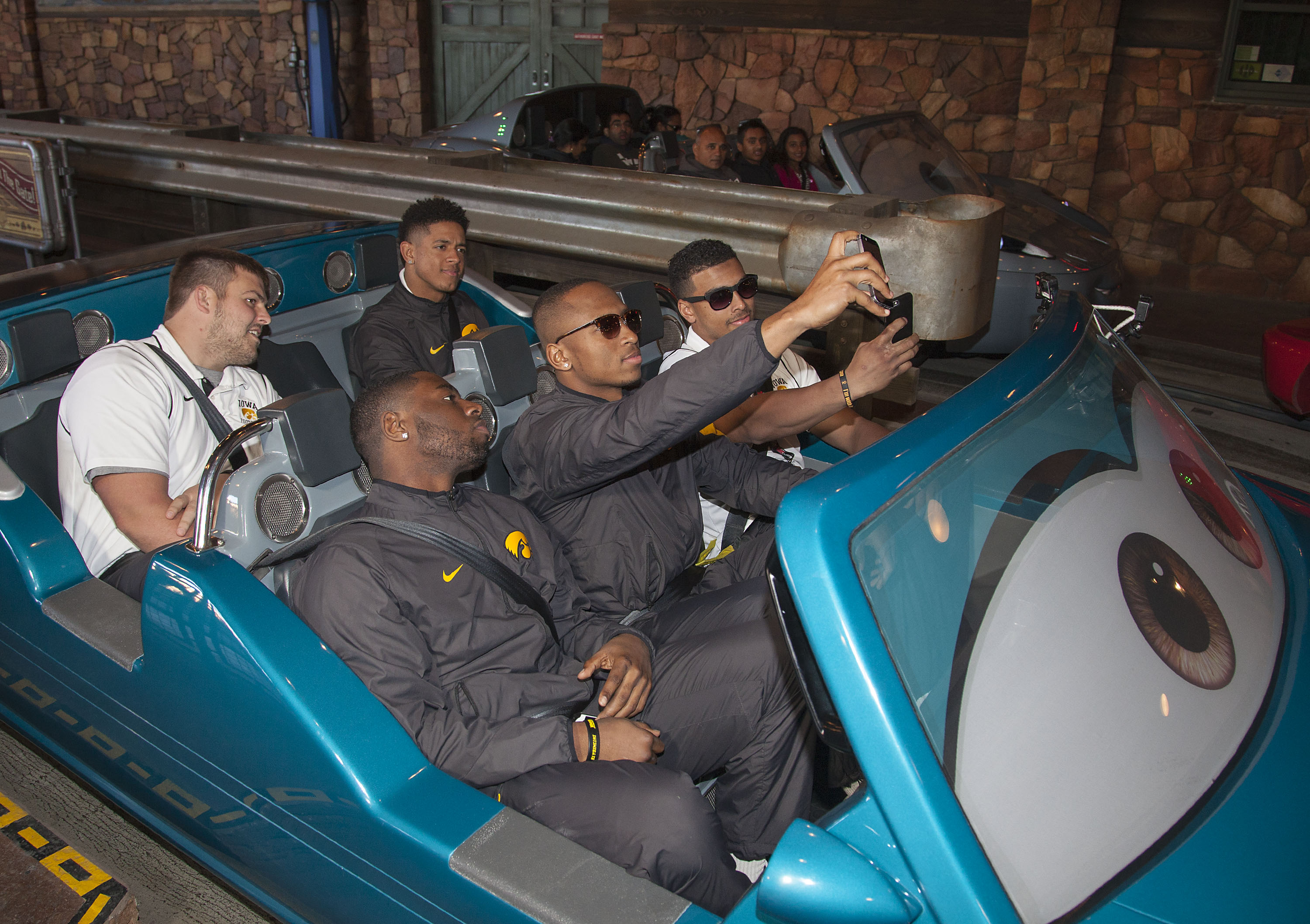 The Tournament of Roses Parade will be broadcast at 8 a.m. Pacific on ABC. We will be live blogging the parade on LaughingPlace.com.

The Rose Bowl Game will air at 2 p.m. Pacific on ESPN.

Some highlights of Disney’s relationship with the Tournament of Roses include: