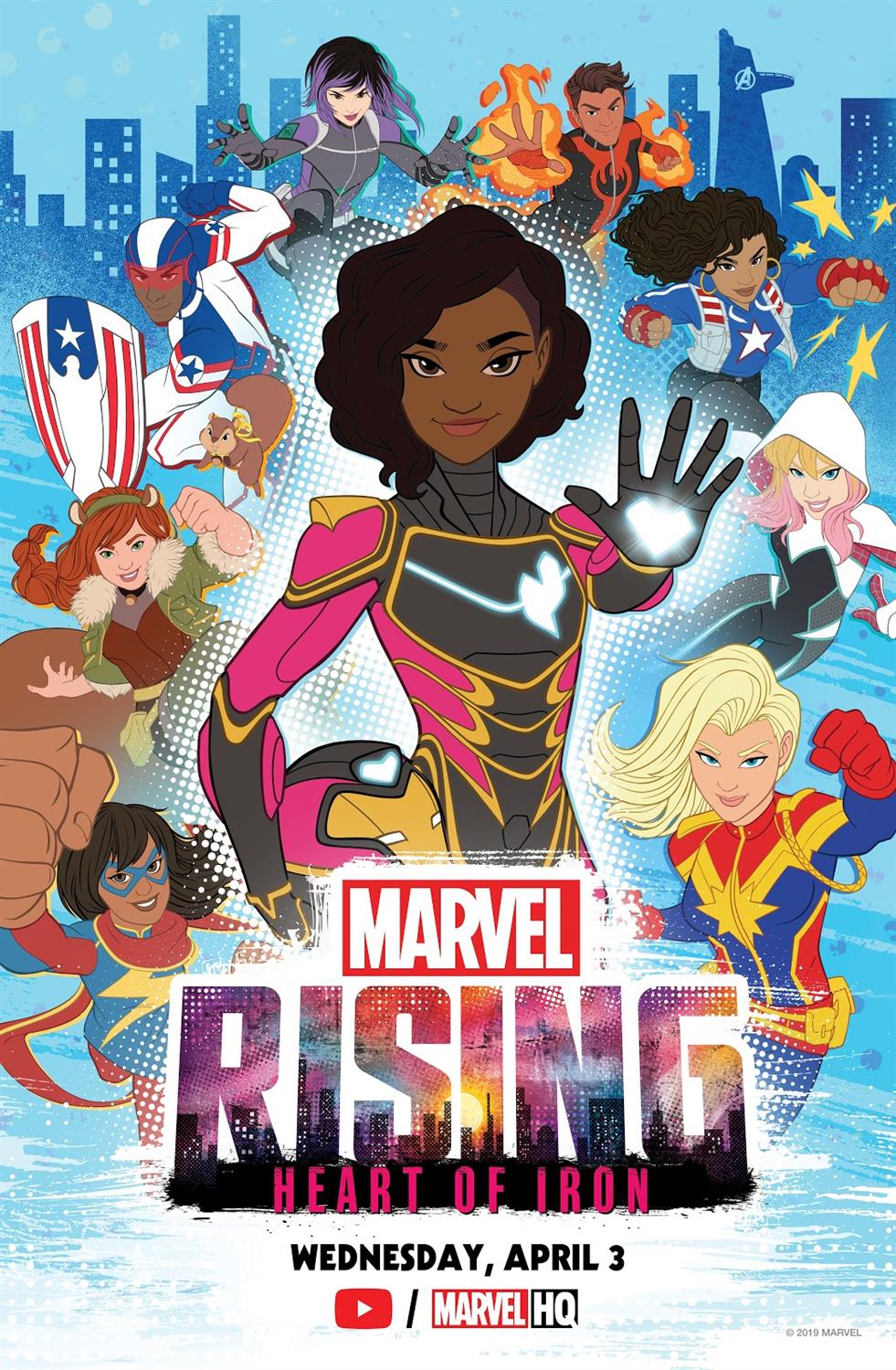 Following its premiere at Wondercon, Marvel Rising: Heart of Iron debuted on the Marvel HQ YouTube channel. The 44-minute special serves as the origin story of Riri Williams a.k.a. Ironheart. Our new hero is voiced by Andi Mack’s Sofia Wylie who portrays Buffy on the Disney Channel original series.

The basic premise is that genius Riri feels alone as she is younger than all of her other compatriots. After Kree villain Hala the Accuser destroys the school’s engineering lab, Riri is inspired be her hero Tony Stark to be her own version of Iron Man. Of course, things don’t go according to plan.

While the special focuses on Riri, many other characters get their moment in the son including Inferno, Ghost-Spider, Daisy Johnson, Ms. Marvel, Squirrel Girl, Patriot, and even Lockjaw. While I enjoyed the introduction of Riri, the teamwork element is what made the show special. The heavy lifting of the previous Marvel Rising specials isn’t needed here since we already are aware of the other characters. This allowed the series to play-up the interaction between characters more. And while the tone is very different, the character interactions remind me of the 90’s X-Men animated series which remains the high-standard of super hero team animation.

Sofia Wylie really performs well as Iron Heart. She earned the role and gets to show more of her range than she typically does in Andi Mack. She is a real talent and I hope she finds more voice over roles in the future as she has a unique and expressive performance.

Heart of Iron, builds my personal anticipation for the next three Marvel Rising installments which were also announced at Wondercon. It is unknown if they will debut on YouTube as well, but I personally hope they will be available on the Disney+ service, as it would be nice to watch ad-free and in a place where it is easier to find.

The upcoming specials are:

I think Heart of Iron is the strongest in the Marvel Rising series so far. I look forward to the future adventures. What do you think? Watch the special and find out!